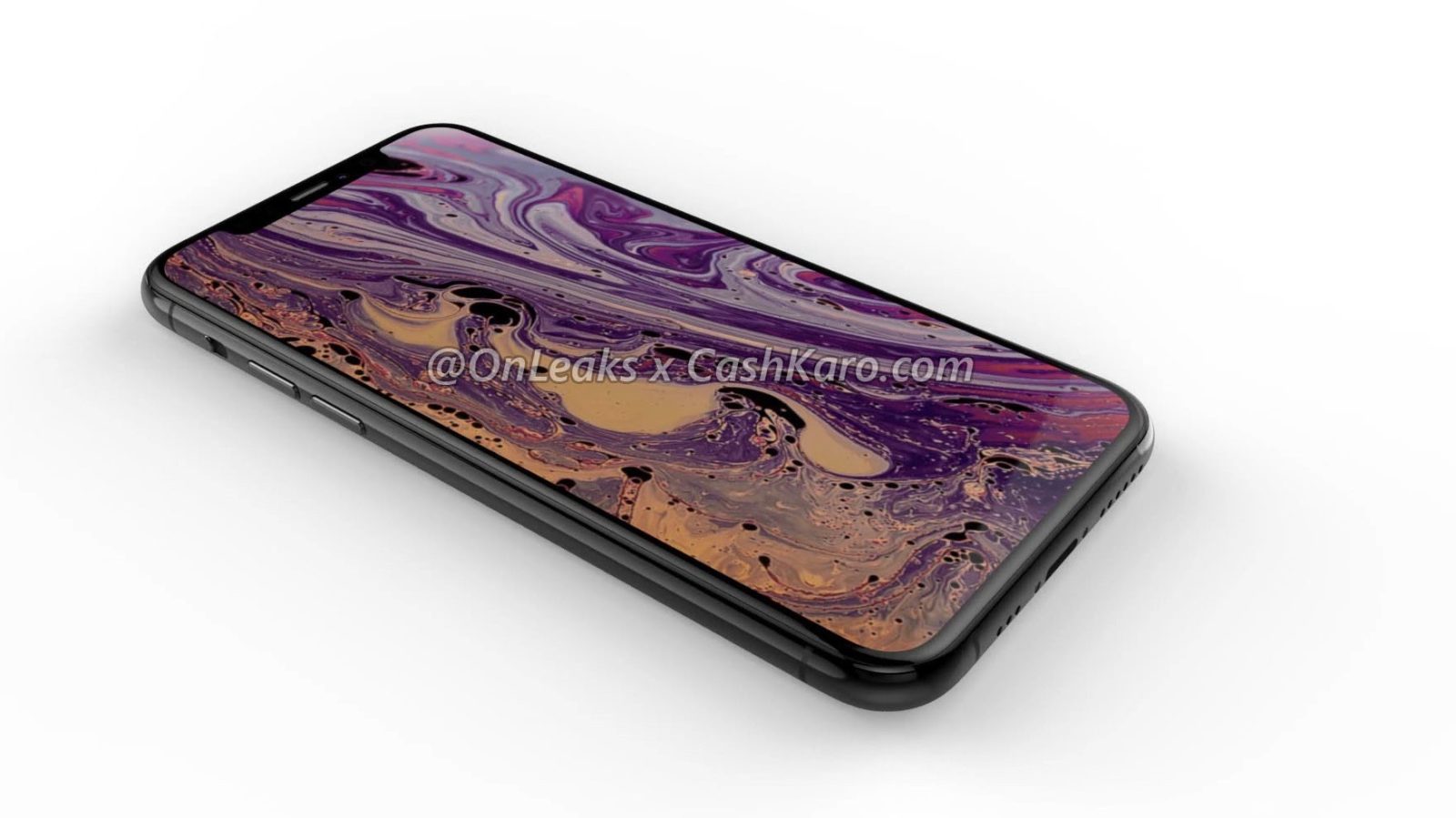 Earlier this morning, a video offered a look at 3D printed models of this year’s iPhone lineup. Now, Twitter leaker OnLeaks has partnered with CashKaro to offer additional details regarding the 2019 iPhones, including new renders and information about a refreshed back glass design.

According to the report, the 5.8-inch “iPhone XI” will measure in at 143.9 x 71.4 x 7.8mm, which is slightly different from the iPhone XS at 143.6 x 70.9 x 7.7mm. Furthermore, the thickness of the notch and bezel is said to have been slightly reduced – though the changes will be “almost indistinguishable” compared to the iPhone XS.

Perhaps most interestingly, the report says that the 2019 iPhones will use a “new and unique” back glass design. Details here are unclear, but the report says the rear panel will be made of a single piece of glass, including the new triple-lens camera bump:

Talking about other aspects of the leaked images, we can see that the device comes with a new and unique rear panel which is made of a single piece of glass including the camera bump.

Theoretically, this would make the camera bump slightly less noticeable on the back. In the renders, you can see how the transition between the iPhone’s back and camera bump is slightly smoother due to this new back glass design. Taking into account the camera bump, the 2019 5.8-inch will reportedly measure in at 9mm.

Other changes shown here include a slight reposition of the microphone on the backside of the iPhone, as well as a different shaped mute button. Lightning doesn’t seem to be going anywhere, with this year’s iPhones rumored to skip USB-C for another year. The new mute switch is similar to the old iPad mute switch, moving up and down versus left and right.

Apple is expected to introduce three new iPhones this year. Ming-Chi Kuo has suggested that the new iPhones will include bilateral wireless charging support, while Apple might also finally ditch the 5W power brick in favor of a new 18W adapter.