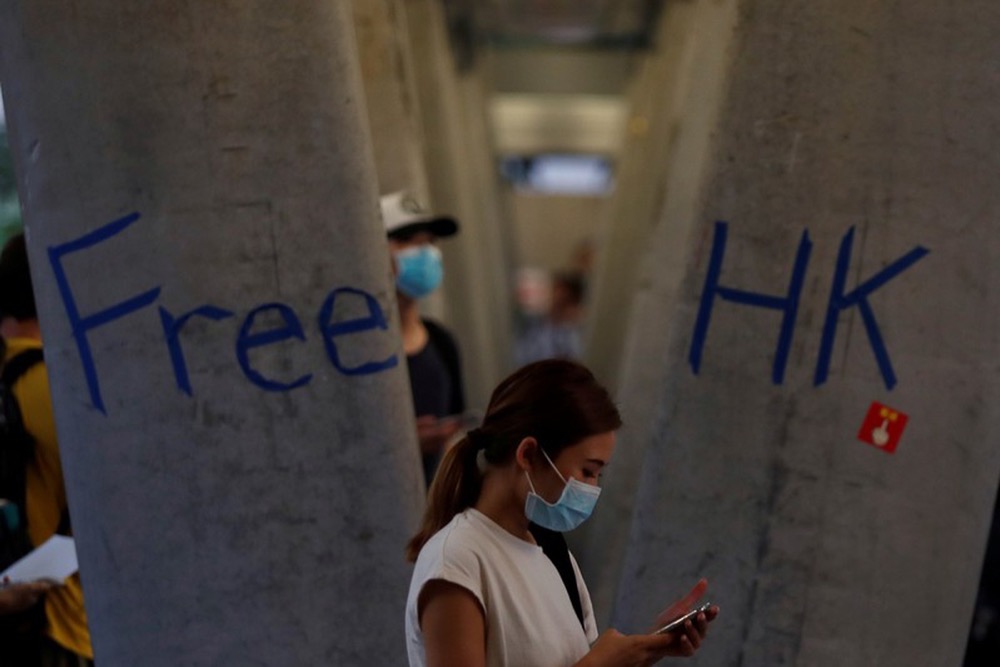 Chinese state-run media have published a story looking at Apple’s App Store that criticizes the company for allowing fake reviews that trick people into downloading apps. The story was originally run by China National Radio and was picked up by other outlets around the country, an indication the government could be ramping up pressure on Apple amid a protracted trade war.

The exact complaint is over some long reviews that users sometimes discover are unrelated to the app they are considering. CNR called it a “download scam”, according to Abacus, a news platform belonging to the South China Morning Post:

The report argues that the App Store has “serious problems” with fake reviews and apps designed to scam people and claims Apple doesn’t seem to know what to do about it.

The report cites two examples of iOS users buying apps that showed up at the top of search results and had many five-star reviews. However, they were found to be virtually unusable.

“The way they mislead users, isn’t Apple going to do something about it?” the article asks, adding that regulators need to pay attention.

Normally a story like this would be uncomfortable for Apple, but it’s an ominous sign when it appears in state-run media. The government, and the media it controls, is notorious for going after foreign companies through news reports that are usually framed in a way to protect the average Chinese consumer against big, uncaring foreign conglomerates. These campaigns often start with a single story and then gain momentum over time, as more media outlets pick it up with the government’s encouragement and more debates emerge online. It’s meant to turn up the heat and make the target acquiesce to China’s demands.

If it ventures into nationalist territory, Apple will have a huge problem on its hands. Chinese consumers have been keen to band together to teach meddling foreign companies a lesson — just ask Lotte, KFC, United Airlines, Toyota, and the list goes on.

Apple is uniquely vulnerable as an American firm with the majority of its manufacturing in the country, as well as a huge share of revenues. Hopefully for Apple this is just a one-day story.

Protesters in Hong Kong are proving to be quite innovative to get their story out: they have turned to AirDrop. Benjamin Mayo reported earlier this week that protesters were using AirDrop to spread pamphlets and other material supporting their cause, but some new details have come to light.

Hong Kong protesters focused on spreading the word to mainland Chinese today. Just got off the subway in Kowloon & within 1 min was airdropped 3 times abt the extradition law, recent protests in Wuhan & detentions of human rights lawyers/Marxist students/Uighur activists in China pic.twitter.com/Nfk1KQy0H2

Blasting out jpegs to everyone who appears within AirDrop range wouldn’t be very efficient, so protesters worked out a plan to discern who needs the material and who doesn’t. They used the super popular website LIHKG, a kind of Hong Kong version of Reddit, to make a plan: protesters heading to the event changed the name of their iPhone to something starting with the word “自由”, which means “peace”. (Actually there is another, much more vulgar term used as well: 自由閪. You’ll need to look up the translation; it was famously hurled at a protester by a police officer, so protesters have taken the term for themselves.)

If the iPhone name didn’t contain “peace”, protestors knew to share the material.

It’s a unique approach, particularly because the targets that day were Mainland Chinese citizens who have no access to protest coverage at home (more on this below). The digital fliers were even written in Simplified Chinese which is common on the Mainland, while Hong Kong people use Traditional Chinese. It’s an ingenious idea, but one wonders if this will catch on among protesters elsewhere.

Those street demonstrations have been underway in Hong Kong for weeks, as Hongkongers rail against the Chinese government for encroaching on freedoms in the city. (Quick background: Hong Kong was a British territory from 1841 to 1997, when the UK handed it back to China. The Communist Party promised life in Hong Kong would remain unchanged for 50 years, to 2047; Mainland Chinese still need to get a quasi-visa and cross and international boundary to visit Hong Kong.)

Everyone knows about China’s “Great Firewall” and the country’s success in censoring information, but a VPN or a cellular data roaming plan from another country can usually open up access to forbidden sites like Facebook, Twitter, and The New York Times. If people are willing to shell out some cash and work that hard to get access to overseas sites, the government usually shrugs it off and lets it happen. The reality is the vast majority of Chinese citizens have no interest in those sites anyway, and, well, they’re in English.

This informal “agreement” has existed for years, but recently China has begun interrupting access to VPNs in an effort to tighten control of information. Sometimes, it goes even further, like during the height of the protests last week.

On the day of a major rally in Hong Kong, and a subsequent day when protesters defaced political symbols inside the legislature, some internet connectivity in Mainland China was slowed to a crawl. China’s biggest fear is protests spilling into the Mainland, where it could potentially threaten the Communist Party — which is why there was no access to the news in the Mainland.

I knew VPN connections were already being tampered with by the Chinese government, so I stocked up with three different VPN plans prior to departure. They joined a Hong Kong SIM and two Google Fi SIMs in my bag. I patted myself on the back for my thorough preparations and figured I’d be fine.

The Google Fi iPad data SIM was spotty from when I first landed, leading to plenty of frustration. Connections kept dropping, and the odd time it stabilized the speed alternated between GPRS and EDGE. (When was the last time you saw EDGE on your iPhone?!) When I tried the second Google Fi SIM and it wasn’t much better, I figured I must be having account problems. So I turned on roaming for my Hong Kong data plan, but it, too, had a super slow connection.

VPN connections can trod along at the best of times, but all three of my VPNs struggled to connect. If one did, it would drop the connection a few minutes later, leaving me nothing but the vast Chinese internet — which, considering its nature, has sometimes been called the world’s largest intranet.

I resigned myself to a few days without Twitter and The New York Times, but on Wednesday last week everything was suddenly back to normal. In the morning I had an LTE connection everywhere with no fuss. So what happened?

The Hong Kong protests happened early that week, with a big rally on Sunday and storming of the legislature on Tuesday. The Chinese Premier was a guest at the World Economic Forum in Dalian on the same day, so there may have been some enhanced throttling on that day. China’s been known to strictly control information if its senior leaders are speaking publicly.

The moral of the story: if you’re going to China, arm yourself with VPNs and roaming SIMs if you need internet access — but never assume it will work.

I’ve seen several mentions of a Motherboard story in the past week or so, but a detail has been misreported. Phones are not usually inspected when entering Mainland China. It would be much too big of a task considering the massive flow of people at the border each day. The inspections are happening within China at the Xinjiang provincial border — which doesn’t make the practice any more excusable.