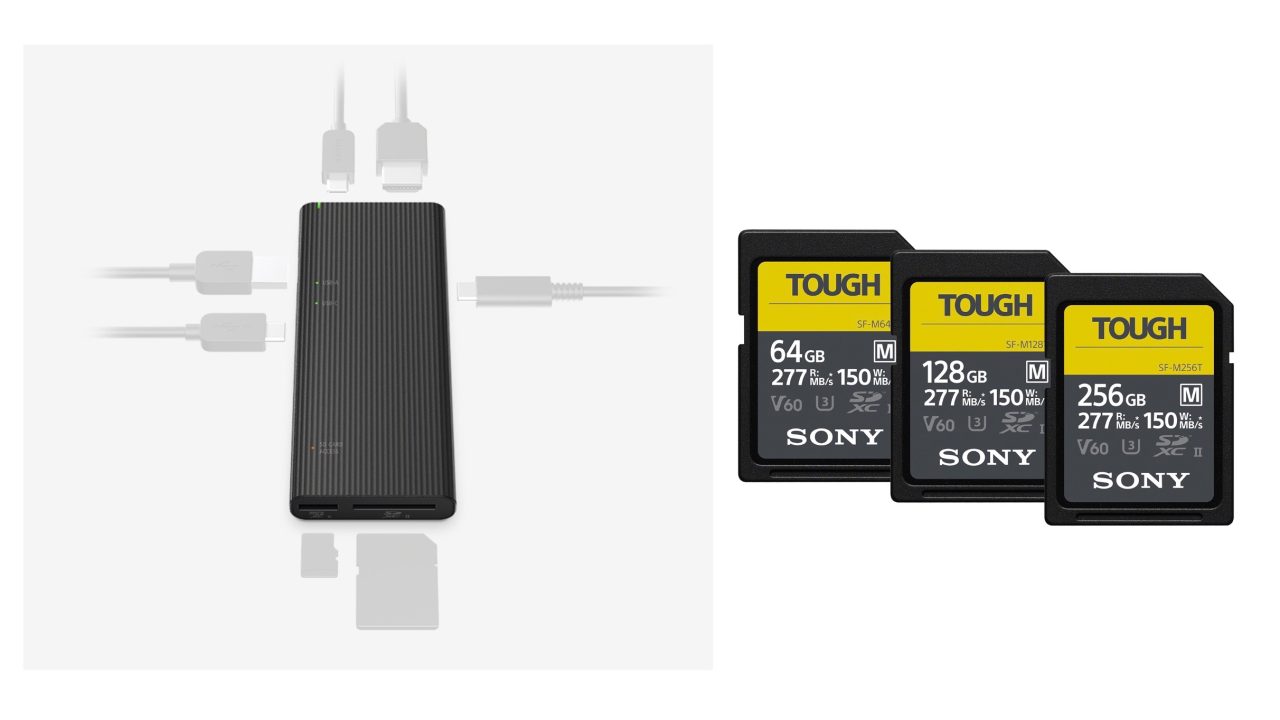 Sony has unveiled a new USB-C hub today aimed at professional photographers and videographers that features a UHS-II SD and microSD card reader to support the fastest possible transfers. The hub also features HDMI, USB-A, as well as power delivery up to 100W.

Sony detailed its upcoming MRW-S3 hub in a press release:

Professional photographers, videographers and creators no longer need to worry about carrying numerous adapters or fret about using up ports on their latest PCs with USB Type-C TM ports. The MRW-S3 is a one-stop solution for fast and reliable data transfer in the form of a handy USB Hub.

UHS-II SD and microSD cards are made by a variety of companies including Sony, SanDisk, and Lexar. 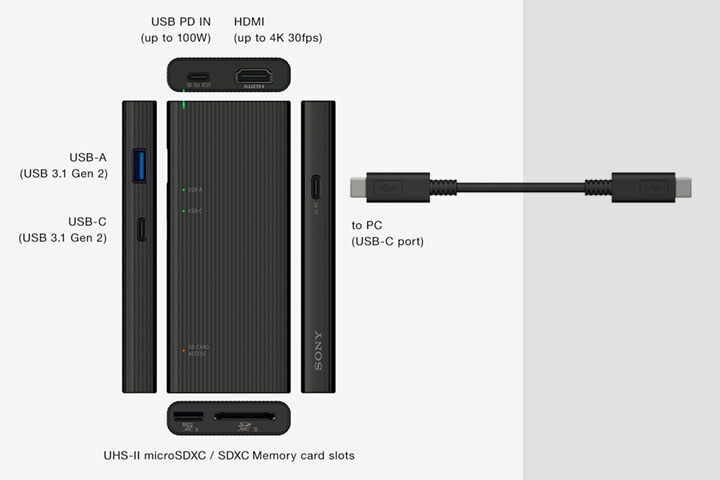 The SF-M TOUGH specification SD card is the world’s toughest5 UHS-II SD card that is 18x stronger6 than a standard SD card and has the highest-grade waterproof and dustproof levels7. Even in extreme shooting conditions, your work is protected so you can focus on the job at hand. Additionally, a new conventional UHS-II SD card “SF-E” series will be introduced to provide users with a wider range of choice. It has fast transfer speeds of up to 270MB/s read and 120MB/s write8.

A new SF-E series of SD cards will also be released alongside the new TOUGH memory cards and USB-C hub. All the new products will be released this fall. Sony hasn’t revealed pricing details for now.

Learn more about the new products here. Sony’s current UHS-II SD cards start at around $100 with Lexar and other brand’s similar options starting at around $40. If you’re looking for a standalone UHS-II card reader, Satechi makes a USB-C model for $25.