Hands-on: How iOS 13 makes it easy to share headphones audio with a friend 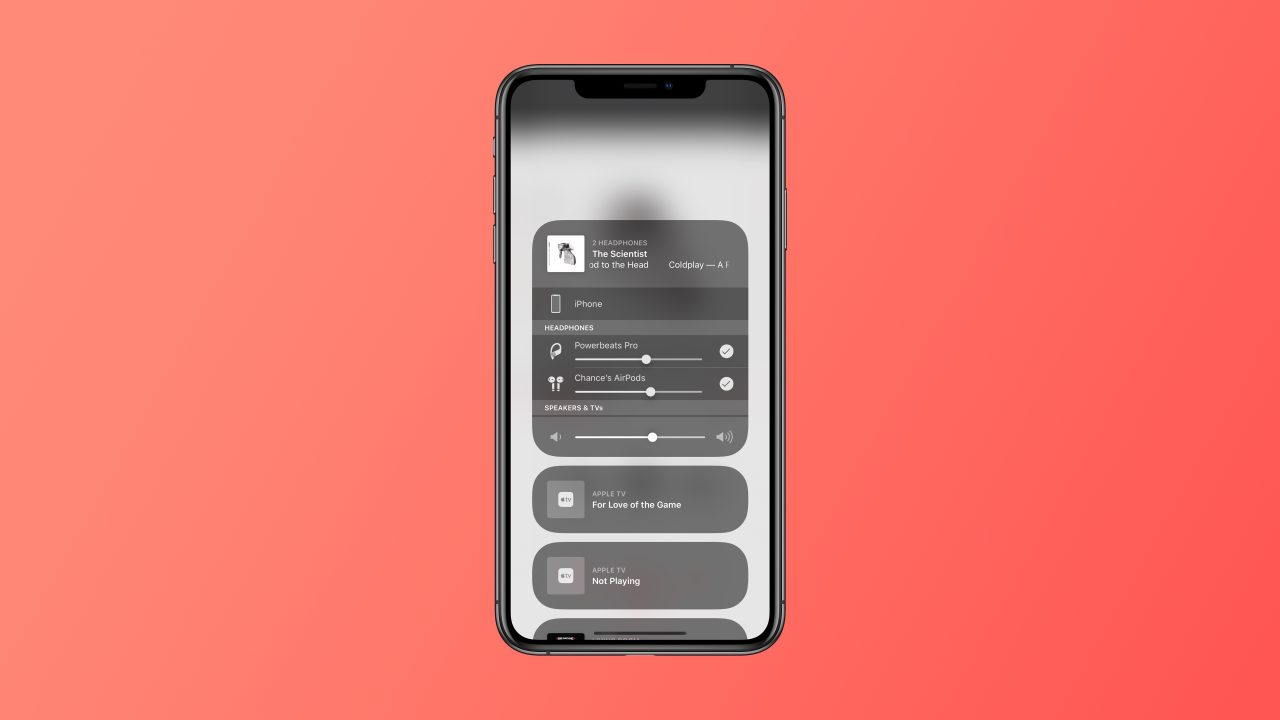 One of the coolest new features in iOS 13 is something called Audio Sharing. This lets you easily share your headphones audio with a friend via Bluetooth, allowing you to listen to the same music, watch a movie together, and more. Here’s how it works.

What headphones work with Audio Sharing in iOS 13?

Support for Audio Sharing in iOS 13 is a bit arbitrary. You’d think the feature would work across all headphones with Apple’s W1 or H1 chip inside, but that’s not the case.

At this point in time, Audio Sharing in iOS 13 is limited to:

One important thing to note is that Audio Sharing is still in beta, and Apple could add support for more headphones as time progresses. For instance, the Beats Solo3, Beats Studio3, Powerbeats3, and BeatsX all incorporate Apple’s W1 chip, and could theoretically work with Audio Sharing in the future.

Audio Sharing in iOS 13 is limited to newer model iPhones and iPods. While the feature did work with older iPhones during the early betas of iOS 13, Apple has since dropped support for anything older the iPhone 8.

Apple says there are two ways through which you’ll be able to initiate Audio Sharing in iOS 13. Only one of the methods is currently live in iOS 13 beta 4, however.

First off, Apple says that you’ll be able to bring two iOS 13 devices near each other to initiate Audio Sharing. As you can see in the image above, both devices will be presented with a popup confirming they’d like to use Audio Sharing.

What’s better about this method is that one pair of headphones is connected to each device, and therefore each user has independent control of their volume. It’s also far easier than having to re-pair and pair through the Settings app. This method, however, is not supported in the iOS 13 betas, but Apple says it will be available by the time of the public release later this year.

The second way of using Audio Sharing is a bit more complicated, but does work in the iOS 13 betas. If you’re pairing someone else’s headphones to your iOS device, you’ll want to make sure their headphones are in pairing mode. Read our guides on AirPods and Powerbeats Pro to learn how to do that.

From there, head to Settings then Bluetooth and connect to both pairs of headphones. Then, when choosing an audio output option in the Music app or any video app, simply pick both sets of headphones and audio will play through both.

This method means that each user does not necessarily have full volume control, though the Powerbeats Pro do feature a physical volume rocker that offers this.

Audio Sharing is a pretty nifty feature in iOS 13. During the days of the headphone jack, 3.5mm splitters were an easy way to share audio with others, but Audio Sharing takes things to the next level. Have you tried the feature? Let us know down in the comments.