Inside the sometimes shocking world of food delivery apps 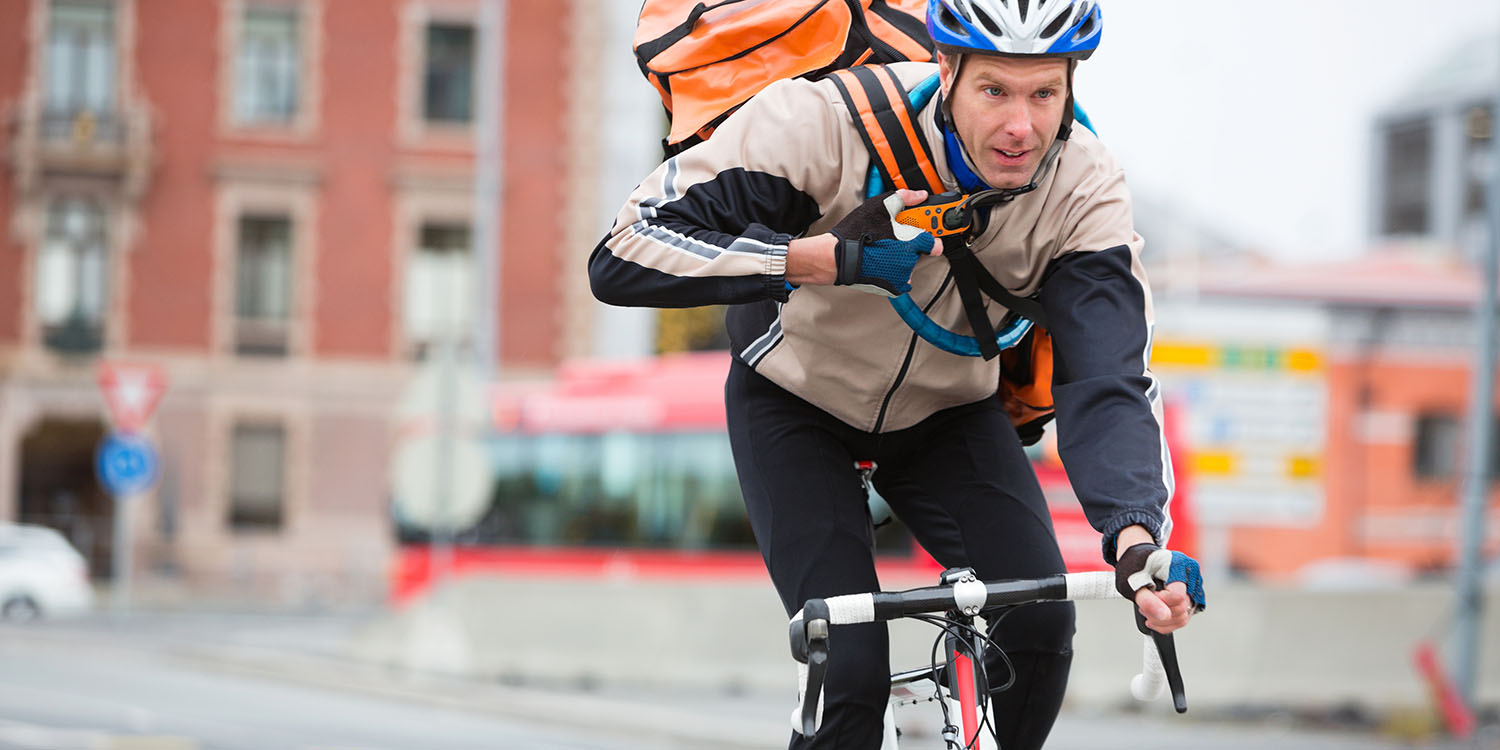 If you’ve ever used food delivery apps like Postmates or Uber Eats, there’s another side to the convenience we enjoy as customers: the low-paid, high-pressure, and sometimes shocking world of the workers responsible for the deliveries…

New York Times writer Andrew Newman decided to find out for himself what that world was like by doing bicycle deliveries for two of the services for a few days.

Some of what he learned isn’t surprising — you have to hustle if you’re going to make more than minimum wage — while other aspects were. Like the fact that Uber Eats doesn’t tell you where you’re delivering to until you accept and pick up the order, meaning you have no idea how far you’ll have to cycle for your fee.

Riders are all freelance, so effectively on zero-hours contracts.

Postmates says its couriers in New York City average $18.50 an hour. But it counts only the time when a courier is out on an order as part of that hour. The long stretches I spent staring at my silent phone like a jilted boyfriend, waiting for it to ping? Not part of my workday, according to Postmates.

It’s a similar story if a restaurant is slow preparing an order and keeps them hanging around.

A deliveryman in the West Village showed me screenshots of a 23-minute wait at a restaurant for which Caviar compensated him all of 83 cents. When I was dispatched to an ice cream store in Times Square that turned out to be closed, Postmates paid me 61 cents for my wasted time, then took it back. “Payout has been adjusted following your request to cancel the delivery,” the note read.

And don’t expect any health coverage either.

“In 2016, I was riding for Postmates and I broke both my arms,” said a former Postmates courier, Mike Cole. “They sent me a get-well-soon card via email.” (Some apps offer riders free accident insurance coverage.)

Or most shockingly of all, that DoorDash pockets tips meant for the delivery person.

DoorDash offers a guaranteed minimum for each job. For my first order, the guarantee was $6.85 and the customer, a woman in Boerum Hill who answered the door in a colorful bathrobe, tipped $3 via the app. But I still received only $6.85.

Here’s how it works: If the woman in the bathrobe had tipped zero, DoorDash would have paid me the whole $6.85. Because she tipped $3, DoorDash kicked in only $3.85. She was saving DoorDash $3, not tipping me.

The full piece is quite an eye-opener. The moral of the story: If you use food delivery apps, tip well, and in cash.