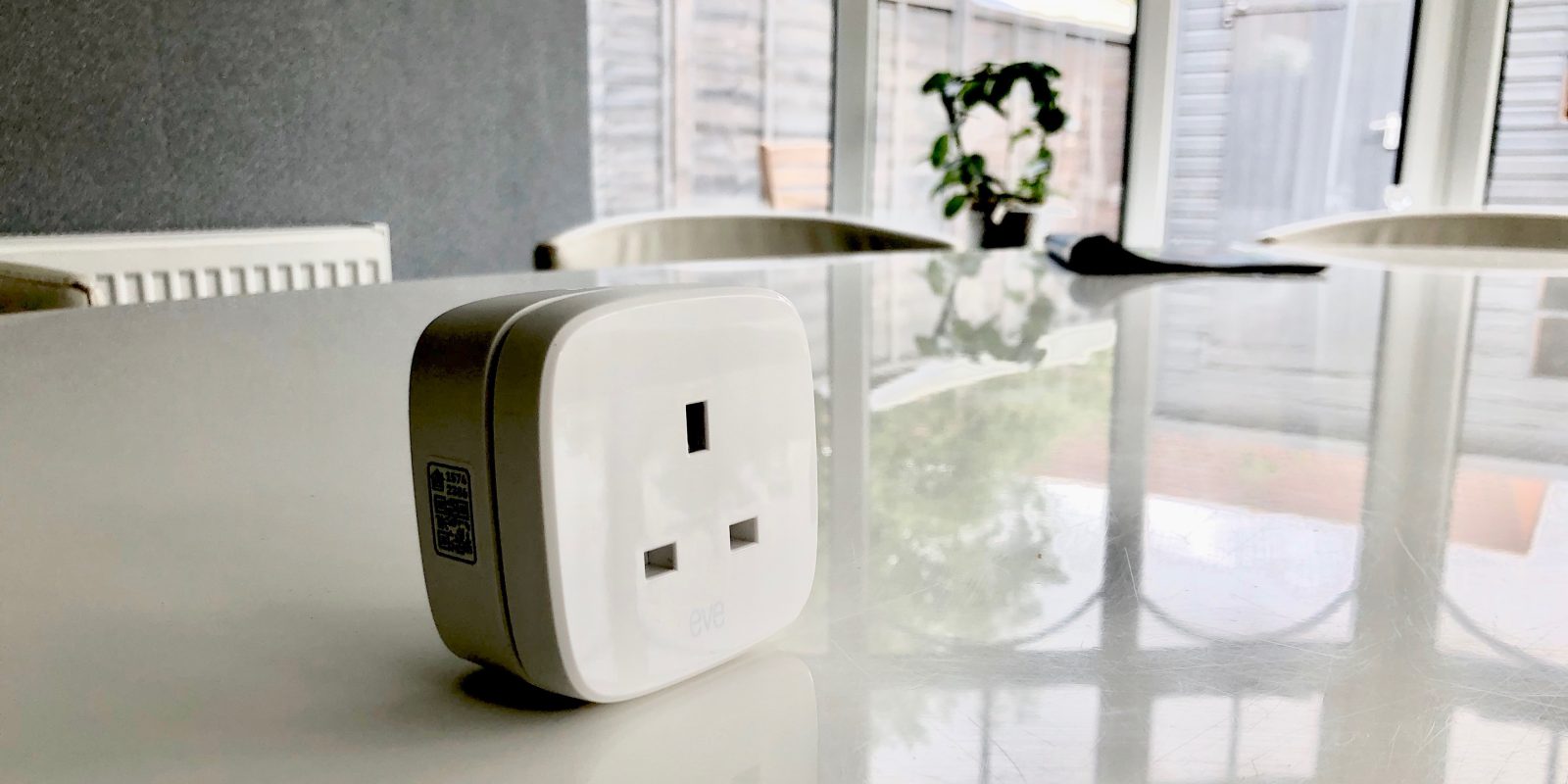 The HomeKit accessory ecosystem is slowly expanding, but there is still a dearth of accessories outside of the United States.

Given what is available, the Eve Energy (US version) is the best choice for UK Apple users who are looking for the best HomeKit smart plug that actually fits in the UK three-prong sockets.

The Eve Energy is a Bluetooth-based accessory. This means your phone has to be in Bluetooth range to communicate with it standalone. However, if you have a HomeKit home hub in range, requests are routed through that instead. HomeKit home hubs include HomePods, Apple TVs, and optionally configured iPads. 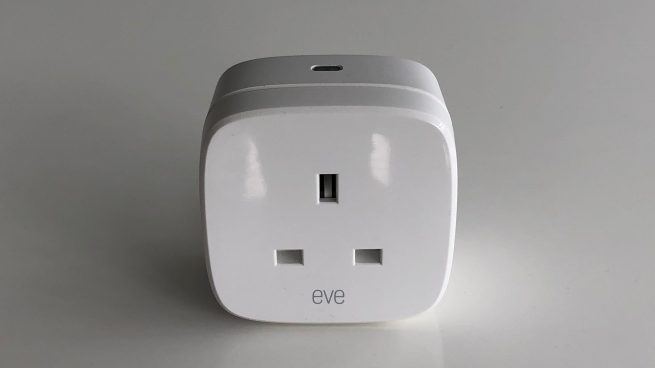 A few years ago, Bluetooth HomeKit accessories were notoriously unreliable when it came to sending commands. The UK HomeKit market doesn’t really have many Wi-Fi-based options, so the Eve Energy is the best option out there. While Wi-Fi accessories are still superior, the experience with Bluetooth HomeKit has definitely improved, and it’s more than good enough. Turning the plug on and off was always fast and responsive in my testing.

Once the accessory is inside the Home app, you can name it and move it to the relevant room.

You just tap on its tile in the Apple Home app to turn the plug on or off, or just ask Siri to do the same.

Set the accessory as a favorite, then you can quickly control all of your most-used accessories, using the Home platter widget in Control Center.

The simplicity of smart plugs is what makes them great. Plug a dumb standing lamp into the Eve Energy, plug the Eve Energy into the wall, and boom — you have a smart light of sorts.

The Apple Home app lets you customize how the plug is presented as an accessory. By default, it will look like a generic power-point switch. However, you can edit the accessory and choose to present it as either a fan or a light. To do this, long-press on the Eve Energy tile, swipe to the settings screen, and tap the “Display As” button.

Using “Display As” also opens up Siri’s understanding to more natural language. By default, you can toggle the plug by asking Siri something like “Turn off the Eve Energy.” But if you set the display mode as a fan, you can speak more naturally, like, “Turn on the fan,” or, “Stop the fan.”

The best part of HomeKit is how you can unify smart home accessories from many different manufacturers inside of one app, Apple Home (or any of the third-party HomeKit apps on the App Store). HomeKit also lets you group these disparate accessories together with smart scenes and automations.

You can easily add the Eve Energy to your “I’m leaving” or “Good night” scene, allowing one command to turn everything off in your home. With iOS 13, the Home app will even suggest these scenes to you when onboarding the accessory, so you can configure this behavior by literally checking the box during setup. Obviously, you can always add new scenes and edit existing ones later.

You can then configure automations to trigger the scenes in response to events like time of day, sunrise/sunset, or when HomeKit detects that a person arrives or leaves.

All of this behavior can be managed from within the Apple Home experience. The Eve app gives you a bit more fine-grained information about power consumption and energy usage.

The app shows current energy consumption, can estimate the costs on your electricity ball, and chart usage over time. Home and Eve sit happily side by side, so you can leave the Eve app in a folder and refer to it occasionally if you are interested in that information. 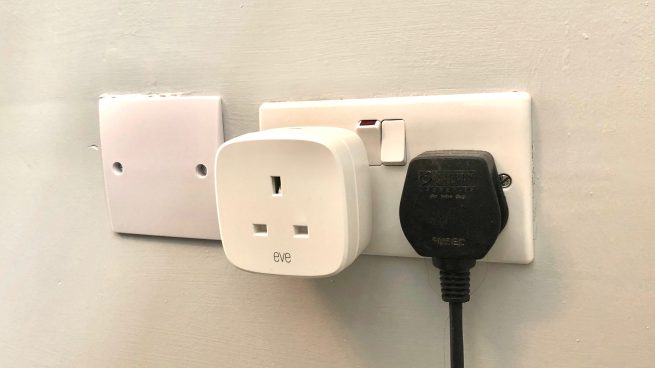 The main gotcha with this product is just the size of the overall enclosure. The smart plug is relatively large, and its width can be prohibitive in certain places. If you are planning to put in a socket next to other things that are plugged in, there may not be room for both to fit, depending on the outlet. In my case, it would be fine in a wall socket, but it couldn’t slot in alongside other plugs in an extension lead.

Overall, though, the Eve Energy is by far the best choice for UK smart plug solutions. It just works. If you are looking to dive into HomeKit, it’s a great place to start.