Apple is busy realizing a major retail expansion in Japan. New stores have opened, and classic locations have been steadily remodeled over the past year. In Tokyo, Apple is now putting the finishing touches on a brand-new store opening soon in the Marunouchi district.

Last October, Apple began teasing a new project for 2019 on its Japanese website. A mysterious Apple logo mosaic appeared alongside the reopening announcement of Apple Shibuya, a classic location completely modernized and rebuilt. The promise followed Apple’s announcement of a significant investment in Japan. In July, Apple reaffirmed its commitment by teasing two projects coming before the end of the year.

Just 15 minutes north of Apple’s first store in Japan at Ginza, Apple has carved out a highly visible corner of the Mitsubishi Building, a modernist tower with shops and offices overlooking Tokyo station. Passengers exiting Tokyo station to the south will encounter Apple’s space as they rise to street level. Transit line-themed graphics echoing the central location were installed on the store’s windows overnight to announce Apple’s arrival.

The Marunouchi district is a commercial area near the Imperial Palace. The streets of Marunouchi are abundant with high-end shopping centers, restaurants, and galleries, putting Apple in good company for a vibrant lineup of Today at Apple programming in the heart of Tokyo. The new store will become Apple’s fifth in Tokyo and ninth in Japan after Apple Sendai Ichibancho closed in January. 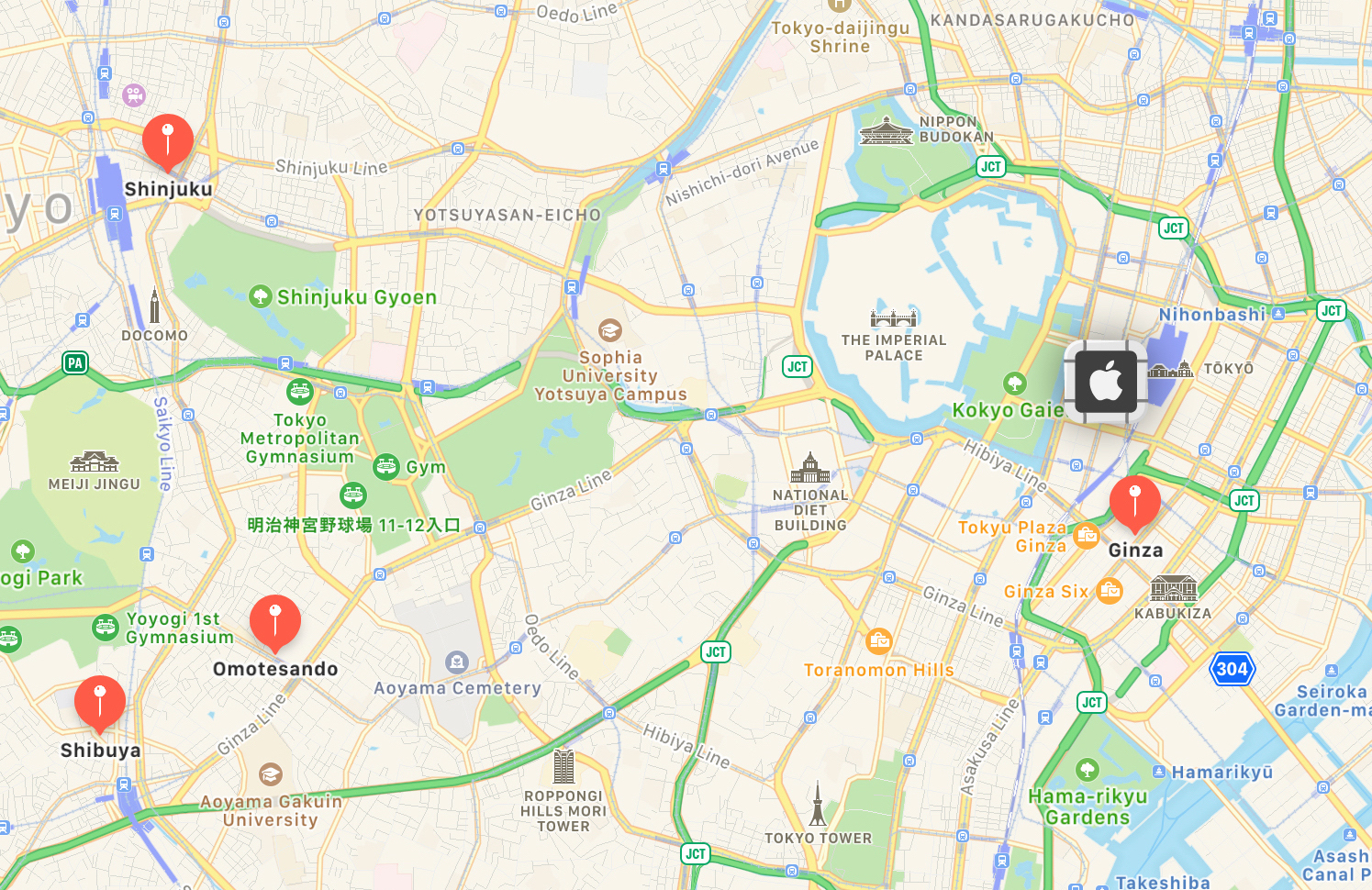 Elsewhere in Tokyo, upgrades are still under way to modernize Apple Omotesando. If you attend a store opening, spot something interesting, or attend a great Today at Apple session, we’d love to see and share your photos. Follow 9to5Mac’s retail guide for in-depth coverage of the latest Apple Store news.