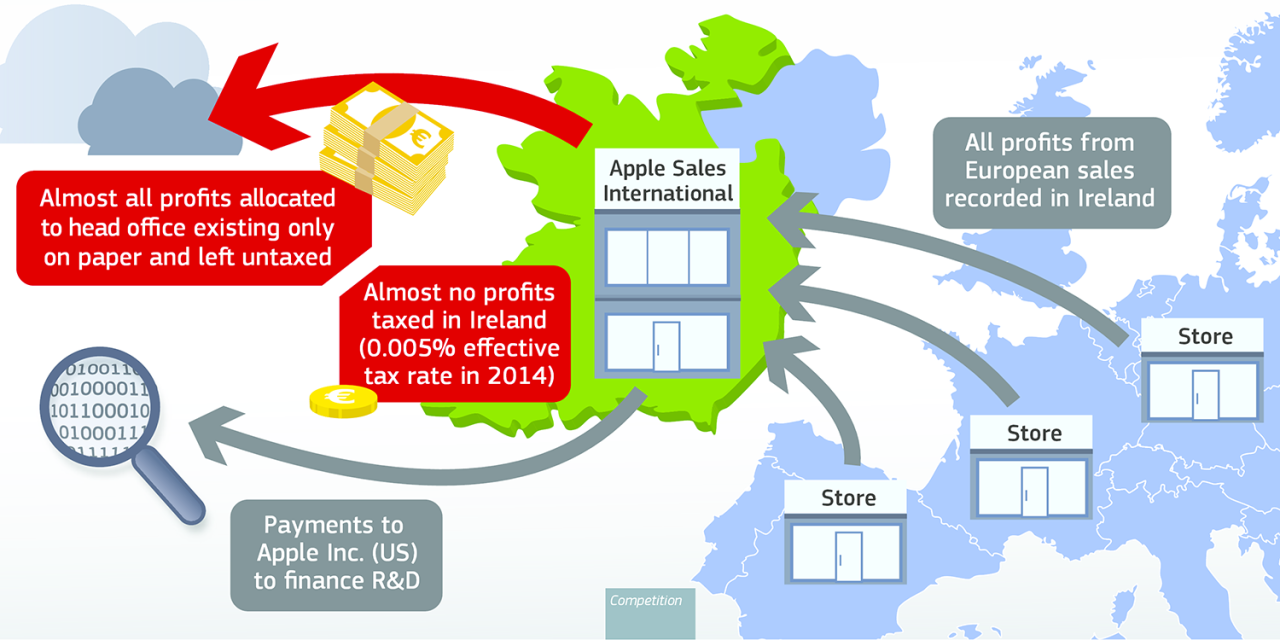 French President Emmanuel Macron has defended France’s decision to impose a 3% tax on the local revenues of Google, Apple, Facebook, and Amazon.

The Local reports some strong language by Macron.

French President Emmanuel Macron, who will defend a global tax on tech giants at this weekend’s G7 meeting, on Wednesday criticised a “crazy” system that gives firms a “permanent tax haven status”.

“The global tech players do not contribute financially to the funding of the common good, it is not sustainable,” the president told reporters […]

“We must stop having people who have a permanent tax haven status,” he said.

The reference to ‘tax haven status’ relates to practices used by Apple and others to funnel profits on European sales through Ireland, and then to claim large deductions for R&D costs incurred in the US. There have also been accusations that Apple assigns most of its European profits to a subsidiary which exists only on paper and which pays no taxes anywhere.

Apple has argued that its core arrangements are a legitimate practice, as it is selling its intellectual property — that is, designs and ideas — rather than just pieces of metal and glass. It is reasonable, it suggests, to deduct the costs of developing that IP against its hardware sales, even across borders.

The net result is that tech giants can earn substantial sales revenues within countries like France while claiming to make very low profits locally. Since taxes are normally assessed on profits, that means they pay little or no tax in the countries where sales are made.

France wants to stop that by imposing a 3% tax on revenue. As Apple’s margins are typically around 37%, that would be equivalent to around an 8% tax on profits — still extremely low by normal corporation tax standards, but more than the country gets now.

The country ideally wanted to see a GAFA tax implemented across the European Union, but the EU is hoping instead for a global initiative. The G20 — which actually represents 47 countries — recently committed to a deadline of 2020 for measures to prevent international companies using tax loopholes to pay less tax than locally-based companies.

TNW notes that other countries are planning similar laws, though it’s possible these would be abandoned if international measures are enacted.

The UK plans to implement a very similar digital tax measure in 2020 — and Spain, Italy, and New Zealand also have legislation in the works. India is taking a different approach by proposing a law change imposing a direct tax on technology firms’ profits made in the country.

France has said it would scrap its tax if an international agreement is reached, and it hopes to have all OECD countries on-board by the end of 2020.