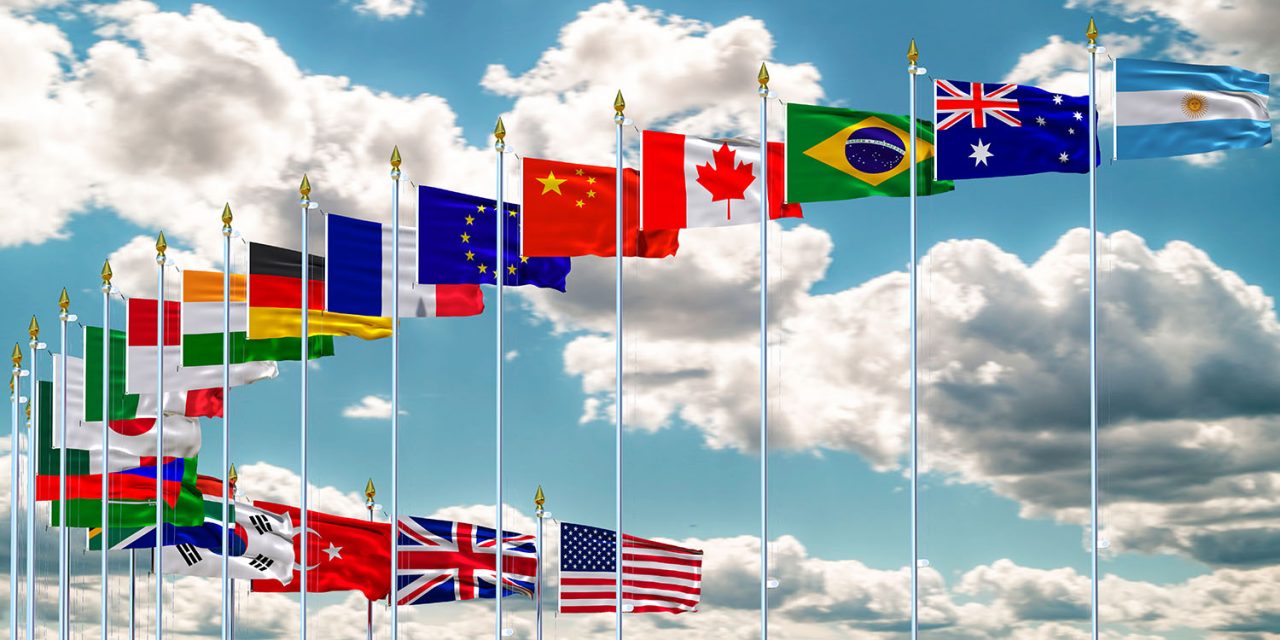 The G20 has set a deadline for a two-prong tax crackdown on tech giants, which could hit companies like Apple, Amazon, Facebook, Google and Uber. The 20 members have agreed to put in place by 2020 measures to stop international companies using tax loopholes to pay less tax than locally-based companies.

The G20 (Group of 20) is an international organization comprising 19 of the world’s largest economies, plus the European Union – which in turn represents its 28 member states, so 47 countries in total. Collectively, the G20 economies account for about 90% of the gross world product.

The forum includes heads of state, finance ministers, foreign ministers and governors of central banks. Its mission is to reach international agreement on issues which go beyond domestic policies. It aims to promote global financial stability, economic growth, international trade and to agree consistent policies on a range of other issues of global significance such as climate change and the economic empowerment of women.

Tax evasion is illegal; tax avoidance is exploiting loopholes in the law and tax codes in order to pay less tax than was intended when the laws were created.

Apple’s Irish arrangement – now no longer used – was an example of a common tax avoidance measure used in Europe by a number of tech giants. When an iPhone was sold in the UK or France or Italy, for example, Apple would pay no tax on the profit made in that country. (A sales tax called VAT is charged, but that’s a tax paid by consumers, not companies. Companies can claim back the VAT they pay.)

Apple instead funnelled all profits from countries across Europe to to its European headquarters, which was based in Ireland. There, it had a so-called sweetheart agreement with the Irish government to pay a very low rate of tax.

The sweetheart tax deal has since been declared illegal, though it was Ireland – and not Apple – which broke the law by offering the special terms. Ireland was ordered to collect €13B in back-tax from Apple. The iPhone maker has paid this into an escrow account pending two appeals.

The G20 has agreed to crackdown on this type of tax avoidance scheme by 2020. Two measures will be introduced.

First, countries will require multinational companies to pay tax on the profit made within a country. Second, reports the Telegraph, to create a backup measure in case companies find new loopholes.

Changes to the global corporate tax framework made by the G20 ministers would see low-tax havens find it increasingly difficult to attract foreign direct investment.

Essentially, the G20 nations would agree to boycott investment in foreign countries which fail to impose the minimum taxes.

US threatens retaliation against Europe

Despite being a G20 member, and signing up to this agreement, the US is threatening to retaliate against Europe, which has promised to take its own measures against the type of tax avoidance described.

US Treasury Secretary Steven Mnuchin has said the US “has significant concerns with the two current taxes that are being proposed by France and the UK”.

The technology industry has warned that the White House may take serious measures against any tax crackdown. Jennifer McCloskey, vice president of policy at the Information Technology Industry Council, a trade association headquartered in the US capital, said any taxes perceived to be discriminatory against American companies could face an investigation.