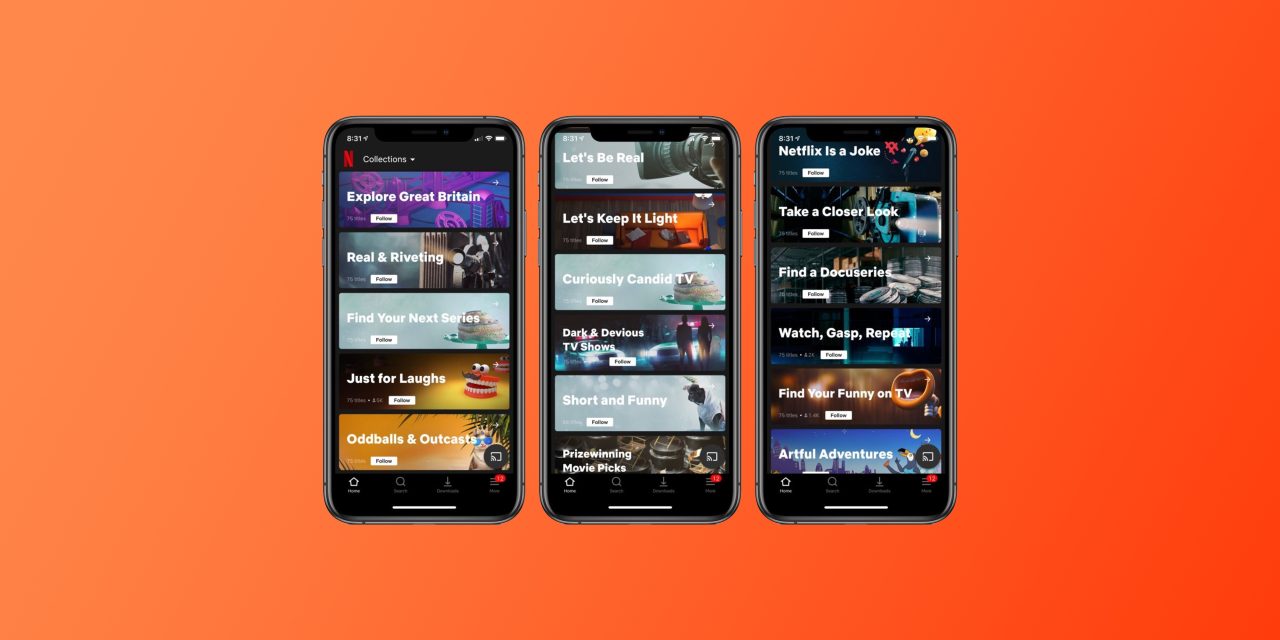 Netflix is testing a new feature on iOS called “Collections” that highlights content curated by humans. This is different than many of the current recommendation features offered in the Netflix app, which are primarily based on algorithms.

TechCrunch explains that the “Collections” contain movies and TV shows that are curated by “experts on the company’s creative teams.” The collections are based on things like genre, tone, story line, and characters.

You can see some of the Collections in the above image, with things like funny TV shows, docuseries, and more. If you’re interested in one of Netflix’s Collections, you can tap the “Follow” button. This should keep you updated when new TV shows and movies are added to the Collection.

This feature was was first spotted by Jeff Higgins on Twitter, and Netflix has since confirmed that “Collections” is a feature it’s currently testing on iOS. There’s no word on when this feature might roll out to all users, though:

“We’re always looking for new ways to connect our fans with titles we think they’ll love, so we’re testing out a new way to curate Netflix titles into collections on the Netflix iOS app,” a Netflix spokesperson confirmed to TechCrunch.

“Our tests generally vary in how long they run for and in which countries they run in, and they may or may not become permanent features on our service.”

Here’s the Netflix Collections feature in action on iOS, from Jeff Higgins:

Here's a look at the smooth transitions in the new Netflix Collections 👇 pic.twitter.com/5xPYRheCqn