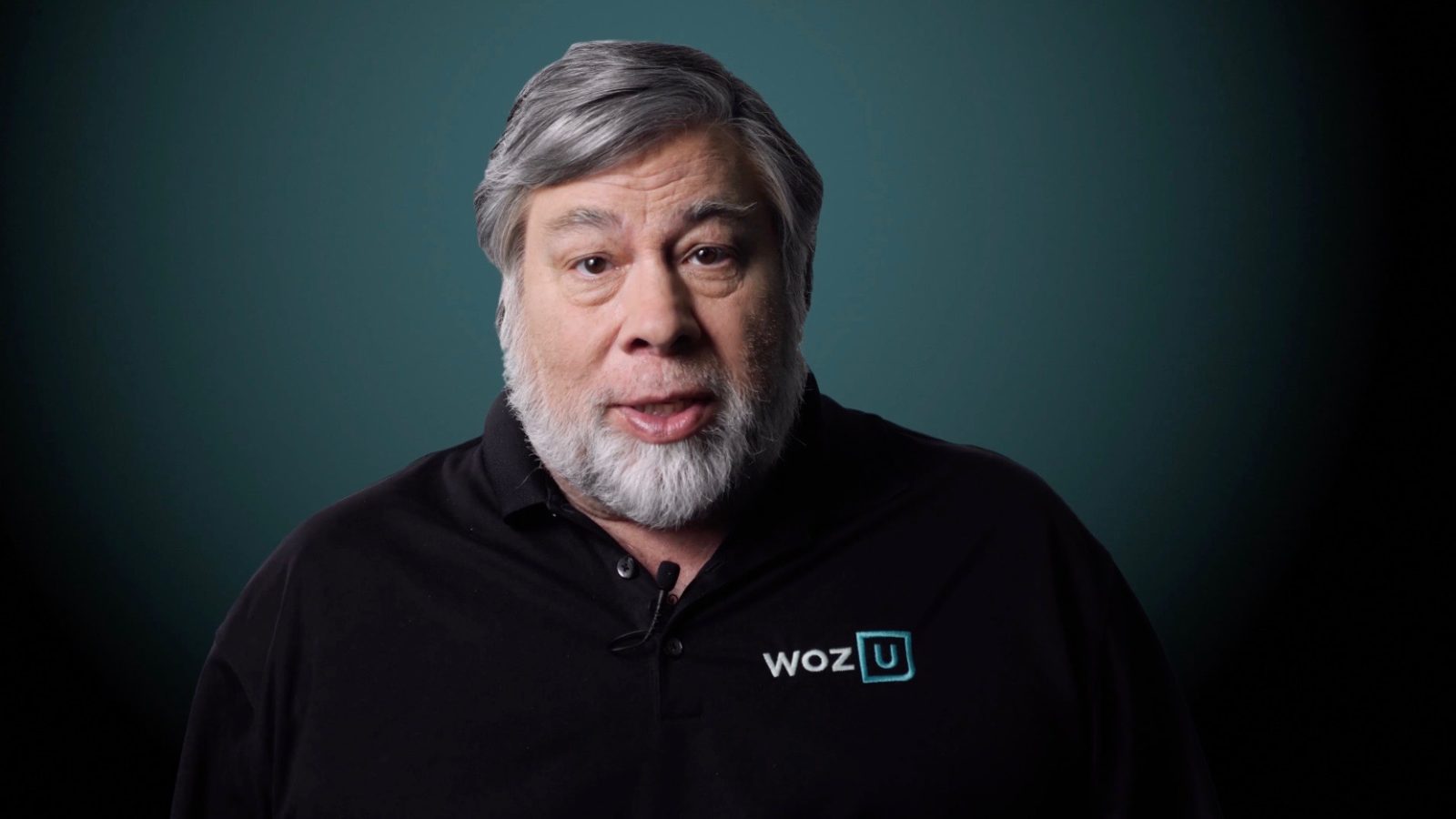 As he does from time to time, Apple co-founder Steve Wozniak joined Bloomberg today to talk about a wide range of topics. He touched on his thoughts on modern-day Apple, big tech antitrust, Trump, and more.

Apple has made it clear that it is expanding into Services at a rapid pace, and this is a strategy with which Wozniak agrees. He explained that for a company to survive nowadays, it needs to be able to shift with the demands of the market. This is something that he sees Apple doing very well:

I’m actually very proud of Apple as a company because of the fact we have been able to transition. We started out with the name Apple Computer – and as we moved into products that were more personal in nature, we dropped the “Computer” from our name. And being flexible and able to shift with the demands of the market is very important for a modern company that’s really going to make it.

As for the Apple Card, Wozniak didn’t dive into too many details, but he did praise its design and the fact that there is not a physical card number:

The looks of it fit Apple’s brand. Apple’s branding is to have a lot of asynchrony about what they’re doing. But also styling and beauty – the card is the most beautiful card I’ve ever had in my life and I don’t even judge beauty in that way.

The Apple co-founder also emphasized Apple’s investment in the Apple Watch. He called the Apple Watch his “favorite piece of hardware in the world right now,” though he noted that he’s not too big on the fitness and health features of the device:

Apple can only move in directions that are going to be very large in dollar volume potentially, and we’ve moved into some other hardware products like watches – which is about my favorite piece of hardware in the world right now.

I’m not a biggie on health services, but everywhere I go people are using it for health services and information and that’s one of the pieces of it. The Apple Watch has so many pieces that make it so comfortable with it.

Wozniak, however, did praise things like Apple Pay and Apple Wallet on the Watch. He also noted that in general, he goes from the Mac to the Apple Watch – skipping the iPhone altogether:

I go from my computer to the Apple Watch, and I pretty much skip the phone. I’m not one of these people that wants to be like an addict.

I don’t want to be in that habit area and that addicted area, so I pretty much skip the phone for most things except maybe something urgent.

Apple is under growing antitrust scrutiny, and Wozniak says that he actually thinks Apple should have split up a long time ago. In his eyes, this would have allowed teams to “think independently.”

A company that has a strong presence in one market, using that presence to grow another market, is sort of unfair. I’m in favor of looking into splitting up companies. I wish Apple on its own had split up a long time ago and spun off independent divisions to far-off places and let them think independently – the way HP did when I was there.

I think that big tech has gotten too big and is too powerful a force in our lives, and has taken our choice away.

I think Apple is the best of the companies, for a lot of different reasons – caring about the customers and just making money off of good products, not tracking and following you.

Look at what we hear about Amazon Alexa and even Siri – where human beings listen to data that’s recorded. That’s beyond what you think is going on. You think you have a level of privacy, and you should have it.

Elsewhere in the interview, Wozniak touched on the trade war between the United States and China – praising Tim Cook’s relationship with Trump. Watch the full interview on Bloomberg’s website.