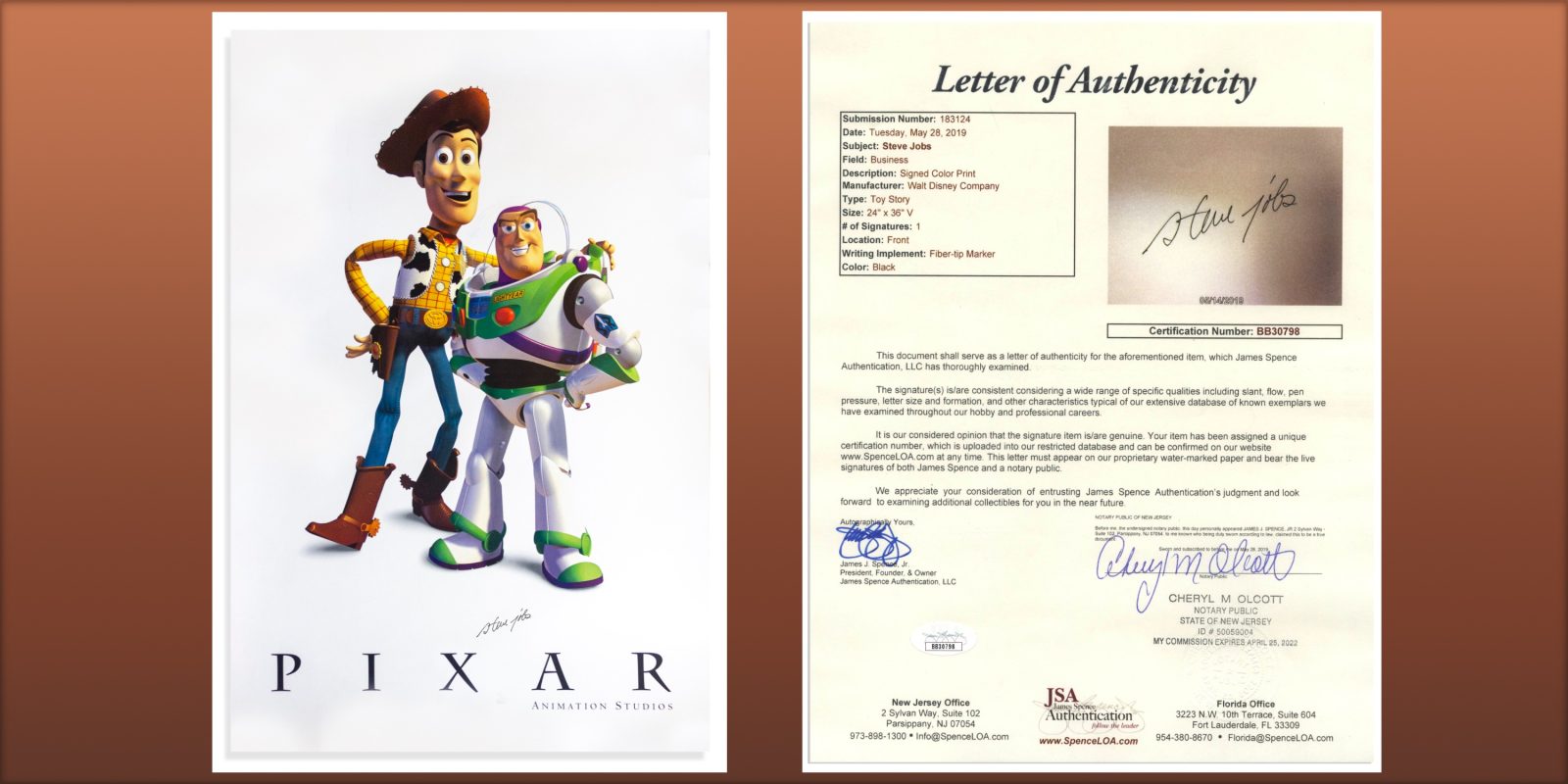 Often times when a Steve Jobs autographed item goes up for sale it’s Apple-related like a vintage Mac OS X manual or a plaque. However, a rare Toy Story poster signed by the Pixar and Apple co-founder is the latest Jobs memorabilia to go up for auction later this week.

Nate D. Sanders Auctions noted it was the second Jobs autographed poster that has been up for auction and sold for more than one that went for about $20K in 2017. “It was just the second Jobs poster to be auctioned. In 2017, a 1992 Job signed Networld Expo poster in San Francisco sold for $19,640.”

Nate D. Sanders Auctions will be offering the Jobs autographed 24-x 36-inch poster of the Pixar Toy Story characters Woody and Buzz. The item also includes a letter of authenticity.

Nate D. Sanders Auctions also notes that a recent survey discovered that “that there less than 10 Jobs autographed items.” Bidding for this poster will begin on August 29 with a starting price of $25,000. 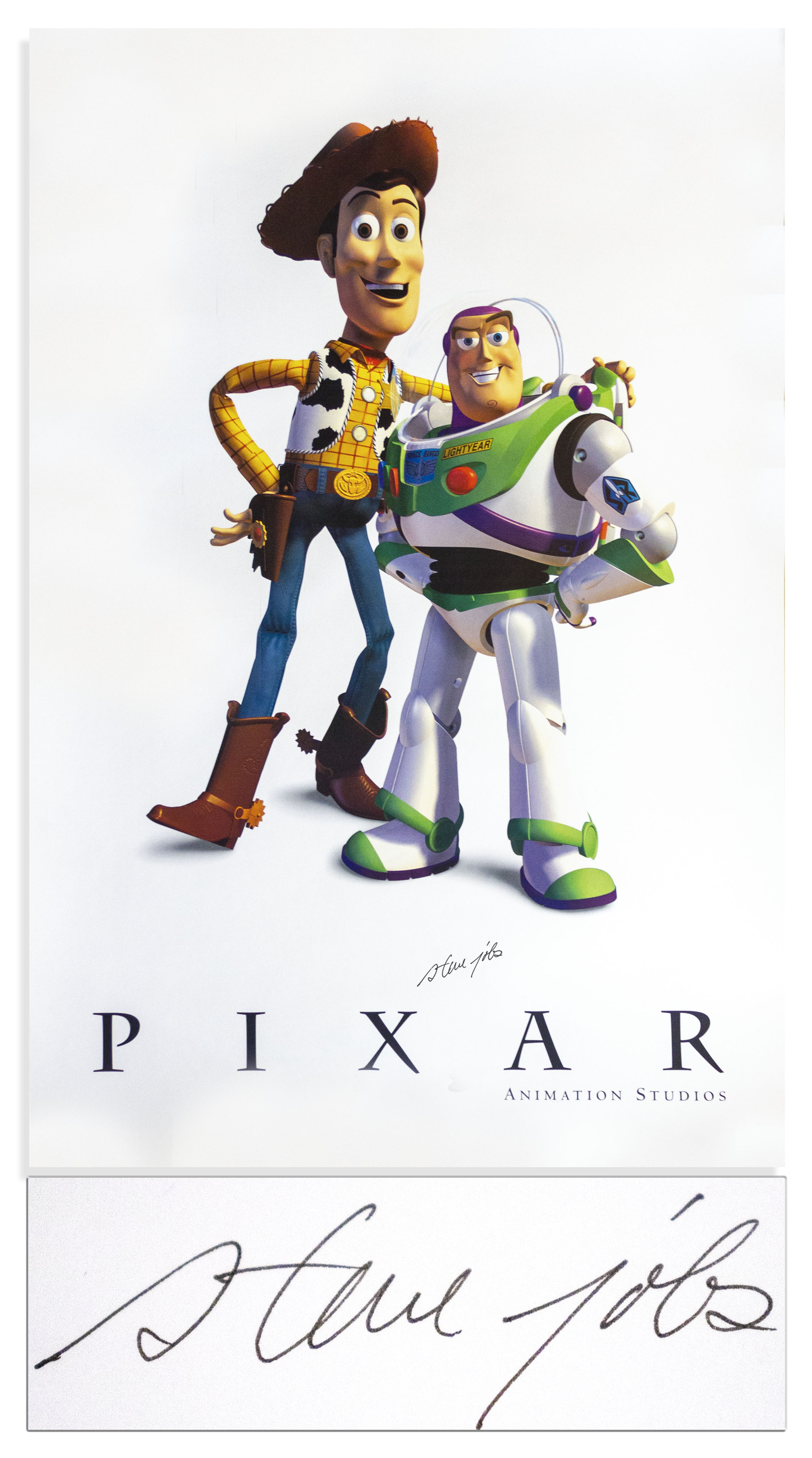