Apple Arcade will be available on September 19 for $4.99/month 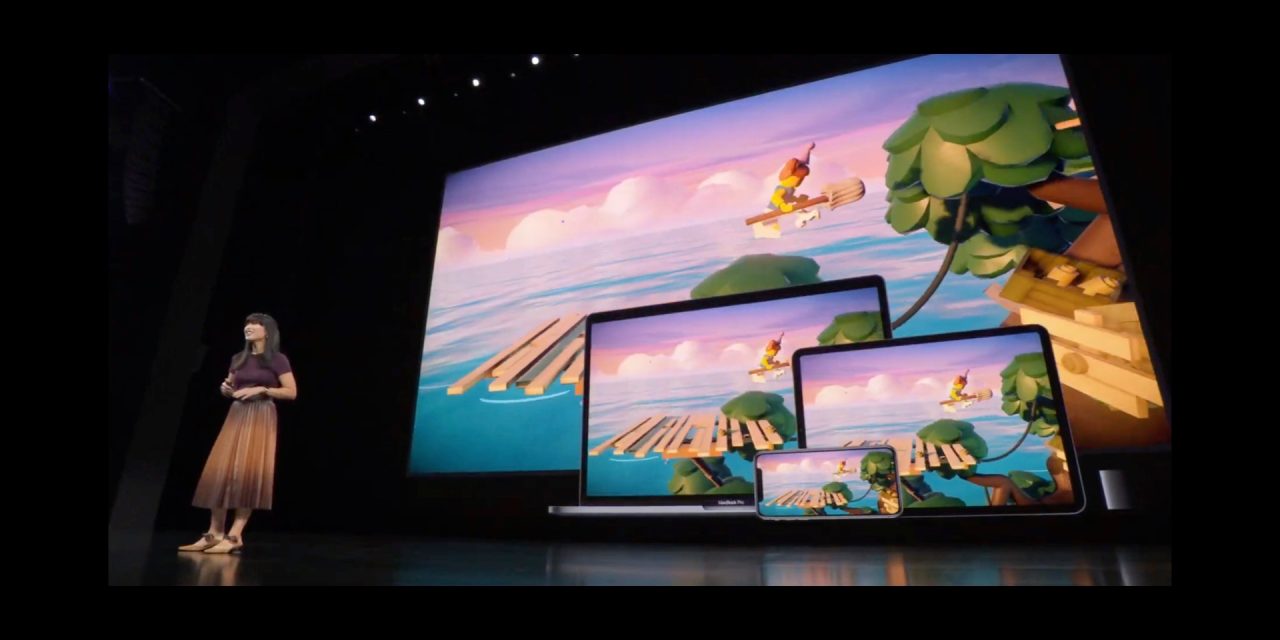 Apple today announced that its Apple Arcade video game subscription service is launching later this month, alongside iOS 13. Arcade games span Apple TV, iPhone, iPad and Mac. For mobile platforms, all titles are exclusive to Apple Arcade and not available through the regular App Store.

Apple is launching Apple Arcade on September 19, and it is priced at $4.99 per month. This includes up to six members in your family. You can try Apple Arcade with a one-month free trial.

Apple Arcade is available in the Arcade tab of the App Store on iOS 13. Apple is adding new games every month, and says it is launching with more games than any other service before it.

Apple demoed several games from the upcoming Arcade library. This included Frogger in Toy Town from Konami, Shinsekai: Into the Depths from Capcom, and Sayonara Wildhearts from Anna Purina.

Apple Arcade requires iOS 13. You need to setup Family Sharing to share a single subscription across your family.

Apple today announced that Apple Arcade will be available on the App Store on Thursday, September 19 with iOS 13, offering an all-new way to enjoy games without limits. With a subscription to Apple Arcade for $4.99 per month, users get unlimited access to the entire catalog of over 100 new, exclusive games, all playable across iPhone, iPad, iPod touch, Mac and Apple TV. Apple Arcade is launching with a one-month free trial, and users will not find the games on any other mobile platform or subscription service. Apple Arcade games can all be played offline, and a single subscription includes access for up to six family members with Family Sharing. The catalog will exceed 100 games in the coming weeks as new titles are introduced, with more games to come every month. Apple Arcade will be available on September 30 on iPadOS and tvOS 13 and in October on macOS Catalina.
“We are so excited to launch Apple Arcade on the App Store. A curated selection of over 100 new and exclusive games from many of the most innovative game developers in the world is the perfect complement to the App Store’s existing massive catalog of games,” said Phil Schiller, Apple’s senior vice president of Worldwide Marketing. “We think customers of all ages are going to be delighted that a single subscription gives the whole family unlimited access to the full catalog of amazing Apple Arcade games, all without any ads or additional purchases, while knowing every game must meet Apple’s high privacy standards.”