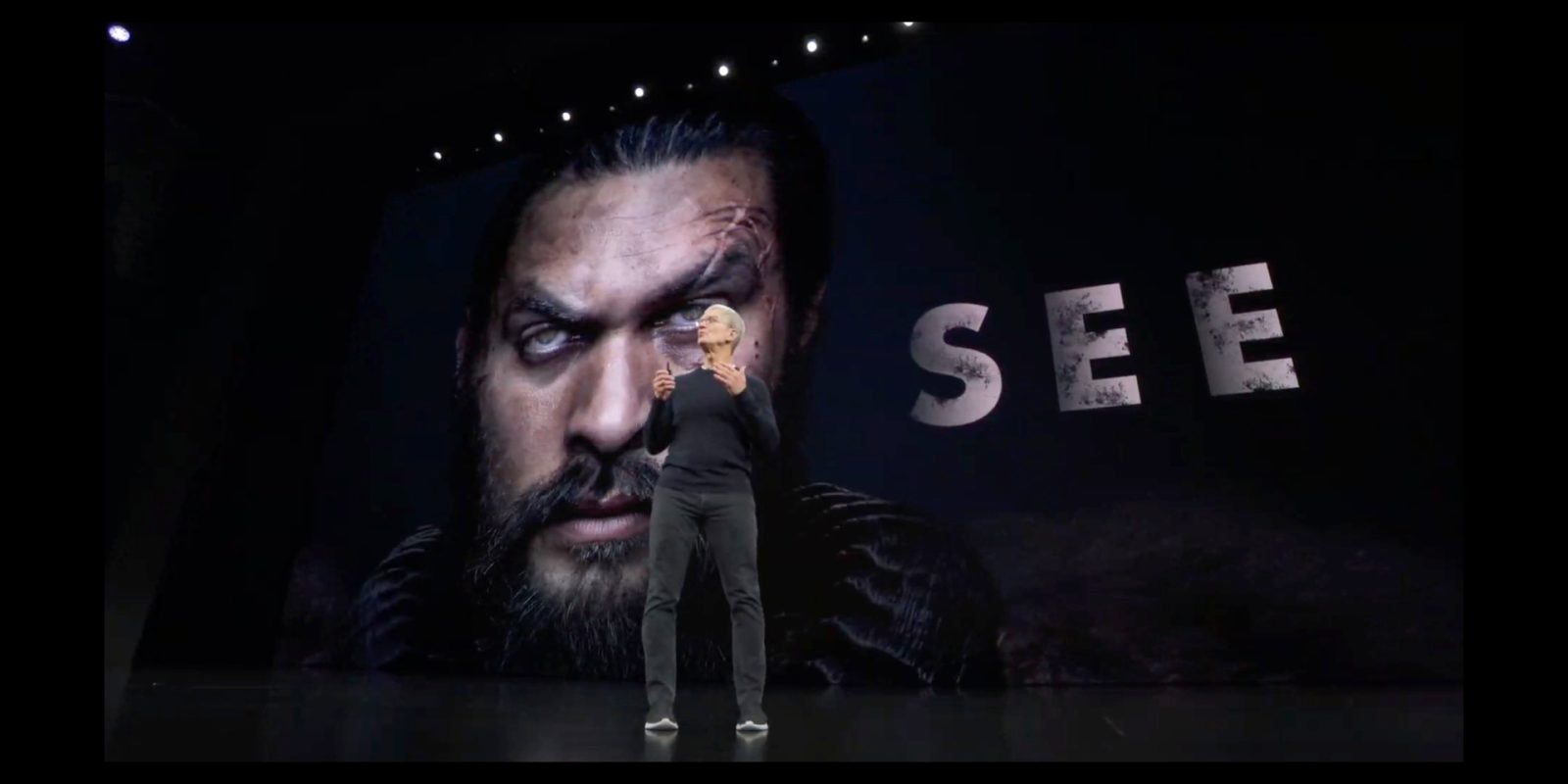 Apple today showed a trailer for its upcoming drama thriller See featuring Jason Momoa. The show plot revolves around what would it be like if the human race was blind.

This is the sixth trailer for Apple TV+’s lineup shows. Apple also said that its trailers to date had been viewed over 100 million times.

Apple TV+ will start airing on November 1 in the Apple TV app, with more content added every month.

Apple TV+ will be priced at just $4.99. Apple will even give away a free year of Apple TV+ with the purchase of a new iPhone or iPad.

In the far future, a virus has decimated humankind. Those who survived emerged blind. Jason Momoa stars as Baba Voss, the father of twins born centuries later with the mythic ability to see—who must protect his tribe against a powerful yet desperate queen who believes it’s witchcraft and wants them destroyed. Alfre Woodard also stars as Paris, Baba Voss’ spiritual leader.