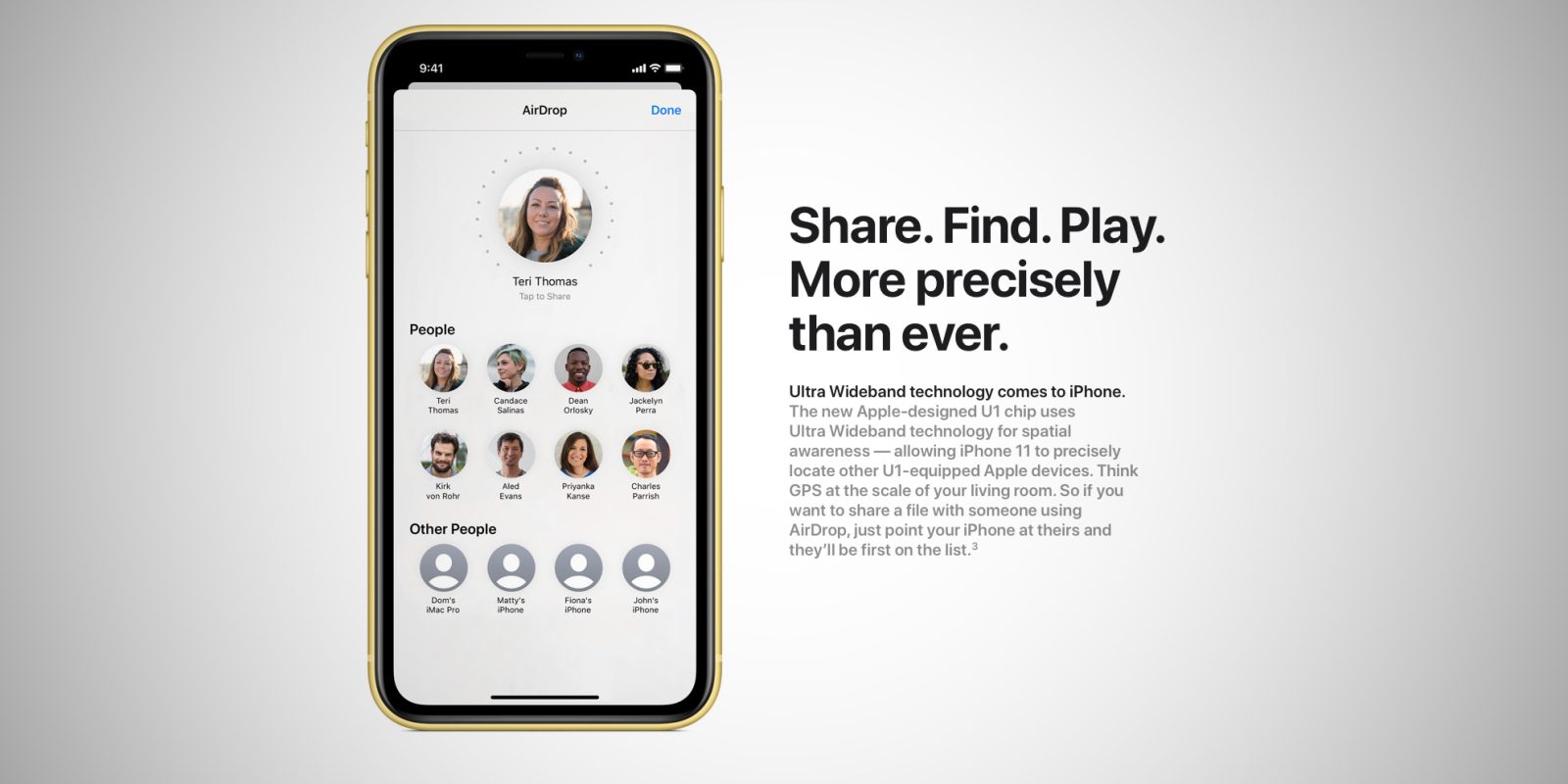 Apple today announced the iPhone 11 and iPhone 11 Pro, which include an Ultra Wideband spatial location chip as noted on their tech specs page.

However, Apple glossed over this detail in the event. It’s also notable that the widely rumored Apple Tag, expected to be similar to a Tile tracker, was not unveiled today. The Tag was expected to work in concert with the UWB location features of the new iPhones…

On the tech specs page, Apple’s website confirms that both the iPhone 11 and the iPhone 11 Pro include an Ultra Wideband chip for spatial awareness.

However, Apple did not mention this detail in the keynote, and it’s addressed on the feature marketing pages in only one place… to enable a new AirDrop feature. The iPhone 11 will be able to sort the AirDrop contacts by proximity, so you can just point toward the recipient you want to send to, and their name bubbles up to the top.

Apple brands the new location chip as “U1” and described it as precise location of other U1-enabled devices in the room. This would have enabled a new augmented reality experience for the Apple Tag tracker, where a user could hold up their iPhone and see a balloon to mark the lost item’s location.

By the way, the new AirDrop experience is coming as part of iOS 13.1 on September 30.