Comment: Apple surprised on price from Apple TV+ to iPhone and Apple Watch 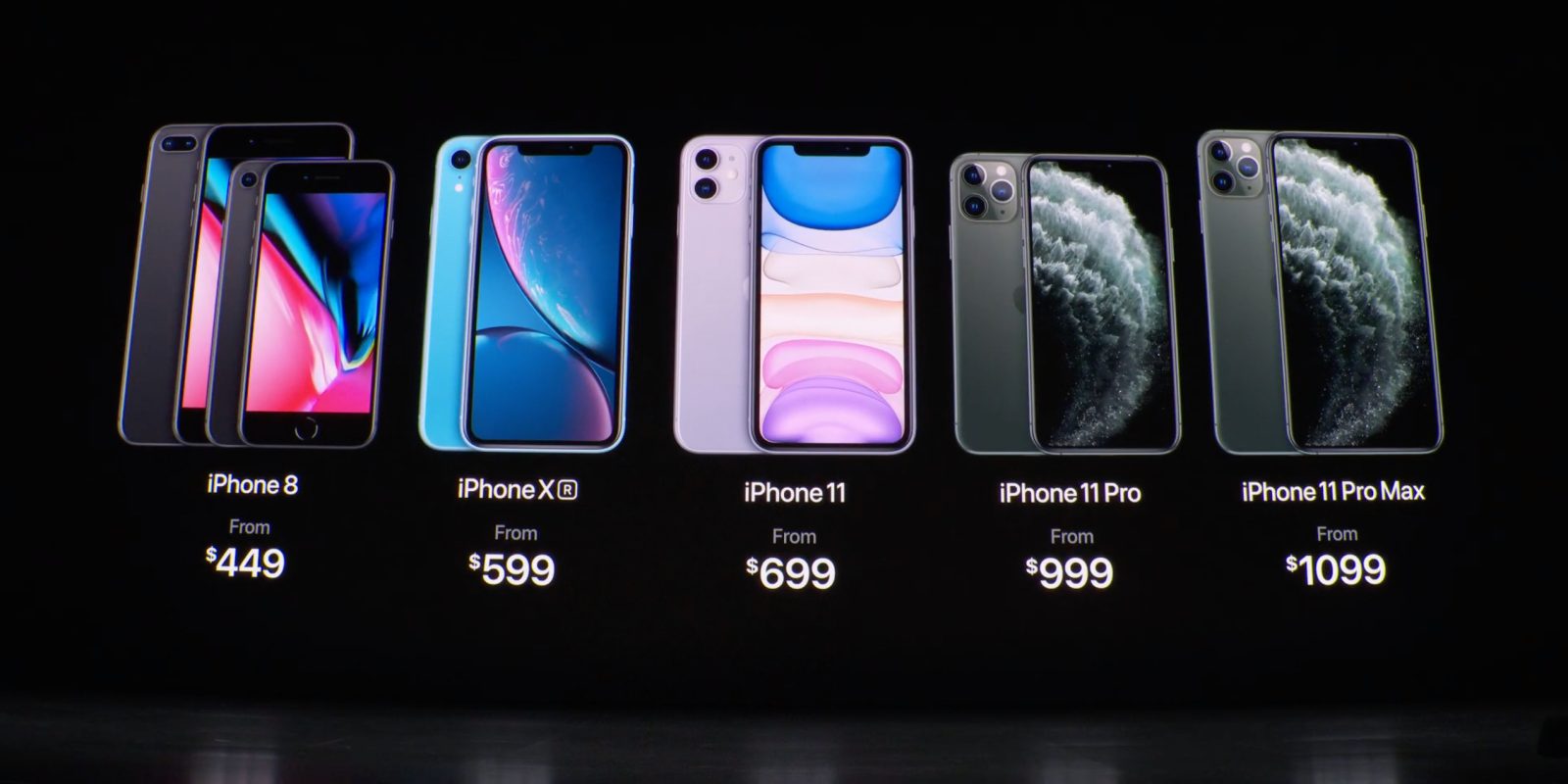 Apple has had a reputation over the last few years of becoming increasingly expensive. Across 2018 especially, some events infamously saw every product see a base price rise by 10-20%.

This time around though, Apple bucked the trend. From its services to its hardware, Apple maintained or reduced prices. The company was particularly aggressive with lowering prices of its generation-old devices.

Apple kicked off the September 2019 event with its services details. For Apple Arcade, 9to5Mac’s Guilherme Rambo had previously found in code that Apple was planning a $4.99/month price point.

I personally doubted that Apple would take the price to that level, given that it also includes Family Sharing on all purchases. In March, Apple implicitly set a price expectation at $9.99 per month with the launch of Apple News+. I saw the free Family Sharing as their way of setting a $10 minimum.

My prediction was completely shattered as $4.99/month was indeed the announced price. It launches day-in-date alongside the new OS releases, although as the OS releases come out in a staggered fashion this year, there isn’t a single date. But September 19 is when Apple Arcade starts as people begin updating their iPhones to iOS 13.

One of the reasons why I was skeptical of the rumored $4.99 price for Arcade, with its 100 launch game library, would embarrass the proposition of the $9.99 Apple TV+ subscription that offered just a handful of shows upfront.

Everyone: Apple TV+ is great

Well, they solved that discrepancy by making Apple TV+ $4.99/month as well.

Obviously, this came as a big surprise to everyone watching the event and it pretty quickly upended the public consensus of Apple TV+’s appeal. Apple is launching the service with 7 shows and one documentary, teasing another handful as coming soon.

I was never in the camp that Apple TV+ is doomed without a massive back-catalog content library. I think a premium subscription service can thrive with only originals. They just have to be really good, so there are three and four you just have to watch. Time will tell on that one. Apple TV+ arrives November 1st.

Whilst Apple Arcade comes with a month-long trial, Apple TV+ only lets you watch for seven days for free until you are committed. Such a short trial would be problematic for a service that is launching with less than ten franchises, however Apple is opting to smooth that over with its hardware quasi-bundle.

This is the offer where you get Apple TV+ free for a year, spread amongst your Family Sharing group of up to six Apple IDs, when you buy any new Apple TV, iPhone, iPad, Mac or iPod touch. This, again, is a pretty generous trial period. If you buy the $150 Apple TV, you are effectively getting $60 worth of free services with it.

I do not expect Apple TV+ to stay $4.99 forever. It is simply too cheap to be a viable business. We’ve heard Apple has committed $6 billion for content over the next three years. At $4.99 a year, you’d need to hit 50 million paying subscribers over that same three year timeframe just to break even. As Apple Music has been available for almost five years at this point and only just hit 60 million subscribers, it seems unlikely. Plus, Apple TV includes family sharing whereas the proportion of Apple Music subscribers on the family tier is surely only a fraction of that 60 million total. And the 50 million mark is just to break even.

Over time, Apple TV+ has to get more expensive if Apple wants to make money from it, which I believe they do. But out of the gate, they’ve certainly drawn the eye with the (positive) sticker shock.

Back to the low pricing theme, it even extended to the iPhone and Watch. Sluggish iPhone sales over the last year was a strong hint that Apple was not going to push iPhone prices even higher this time around, but I don’t think anyone seriously expected prices to go down.

Whilst the iPhone 11 Pro models retain their same prices, the mainstream iPhone 11 goes from $749 to $699 this year. The $749 iPhone XR was already the best-selling smartphone this year, so the price drop is certainly not due to desperation. It will certainly help Apple maintain a stronghold in the face of increasing competition from cheaper Chinese manufacturers, and it is rumored that the iPhone 11 will soon be sold in emerging markets like India too.

Perhaps even more impressively, the iPhone XR stays in the lineup, starting at just $599. This is the same phone that was sold for $749 last week. A $150 price drop is unprecedented in the history of the iPhone. Some customers may even choose to upgrade to the XR over the 11 just because of a particular color that the 11 doesn’t have, and the cheaper price is a bonus.

There’s a similar story with the new Apple Watch lineup too. The Series 5 maintains the same price points of the Series 4 that replaced it, the new titanium casing is the cheapest ‘Edition’ model ever, and Apple has been very aggressive with the old-gen model pricing.

Apple isn’t selling the Series 4 anymore, presumably due to how similar it is to the Series 5 parts-wise, but the Series 3 is now available from $199. That is remarkably good pricing for what is still a very good watch. The Apple Watch was always competing against cheaper alternatives like the Fitbit Versa, but now Apple has price competitiveness there as well. Some premium bands, like the Milanese Loop, have also seen marked price drops.

Although we didn’t see a refresh to the Apple TV at the event, hopefully its upcoming refresh will also help improve its price equation.

In a world of tariff scares, the biggest surprise at Apple’s event really was its pricing strategy. And it seems to be setting up its services for success, at least in terms of user base. Apple Arcade seems like incredible value for families that want to play fun games on their devices, without the intrusions of freemium upgrades, ads, and other junk that clutters the App Store free charts.

Apple TV+ will need to widen its net of content significantly to survive in the long term. At launch, it needs to impress with its blockbuster programming like See, The Morning Show and For All Mankind.