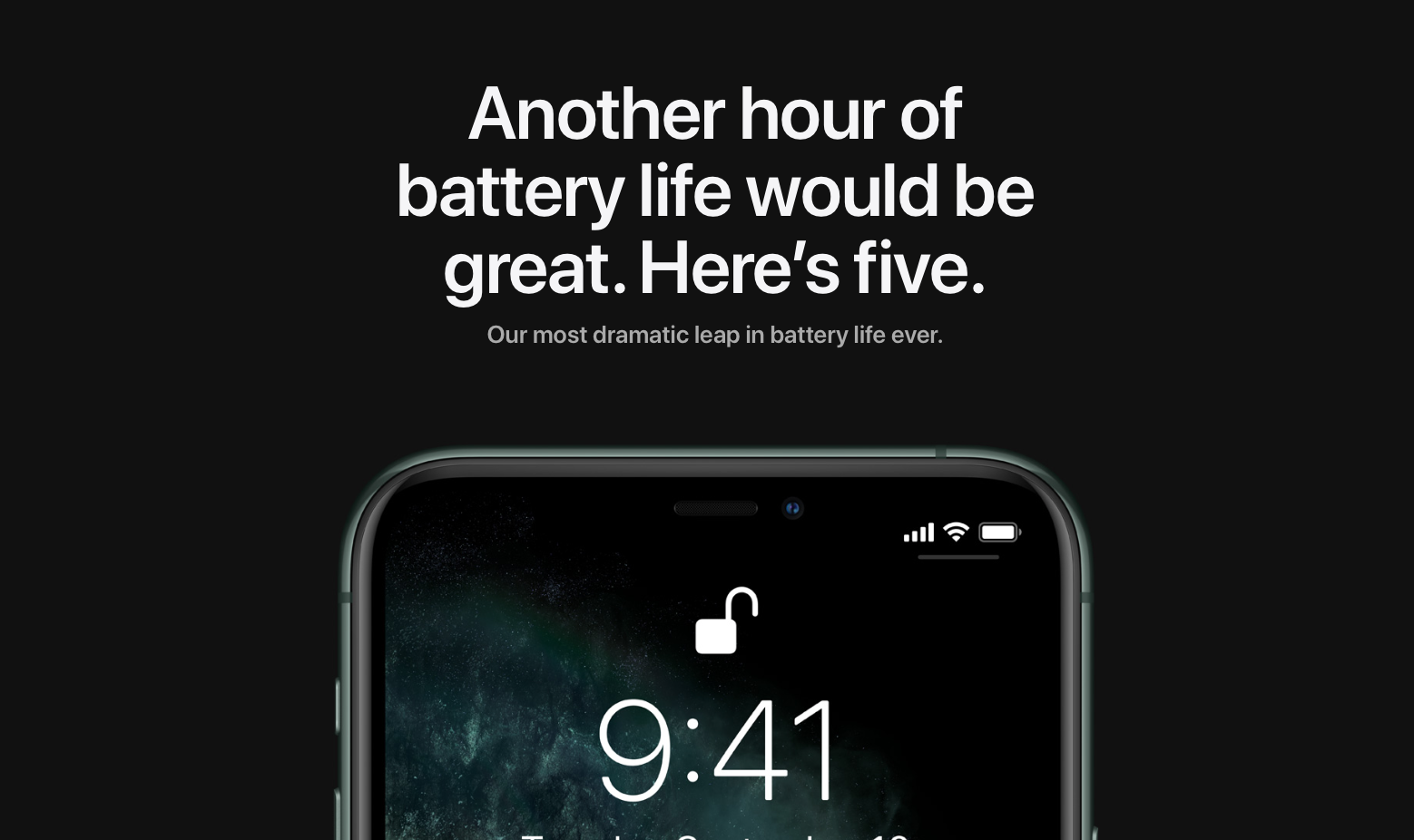 Over the last year, Apple made a big deal about how the iPhone XR offers the longest battery life ever in an iPhone. Customers appeared to love it too, with even many tech reviewers choosing the XR over its more expensive siblings due to the extra hours of longevity.

Now, all the new phones, from iPhone 11 to iPhone 11 Pro, best what the XR could manage. However, Apple has changed up how it measures battery life which makes it a little complicated to compare between models…

However, the power and battery statistics provided for the iPhone 11 and iPhone 11 Pro eschew the talk time and internet usage timings entirely.

For the iPhone 11, which is the $699 iPhone XR successor, Apple says you can get up to 17 hours video playback and up to 65 hours audio playback. That means it is rated for up to 1 hour extra video watching.

Apple may not provide talk time stats — perhaps reflecting how little people use their iPhones as phones these days — but it now includes battery life estimates for playing streaming video. The previous numbers are measured by watching a video stored locally on the phone, with Bluetooth headphones.

The ‘video playback (streamed)’ statistic is based on watching a video streaming over the Wi-Fi network, constantly using the radios. Apple says you can use the iPhone for ten hours continuously with network streaming video.

For the 5.8-inch iPhone 11 Pro, standard video watching is timed at up to 18 hours. That’s an hour more than the iPhone XR, and represents a significant jump from the iPhone XS battery life. iPhone 11 Pro also touts 11 hours streaming video playback and the usual 65-hour audio playback.

Whilst the $699 iPhone 11 continues to ship the 5W charger, the iPhone 11 Pro and iPhone Pro Max do now come with a Lightning to USB cable and the faster 18-W USB-C charger. Using the fast charger, you can hit 50% battery charge in about 30 minutes.