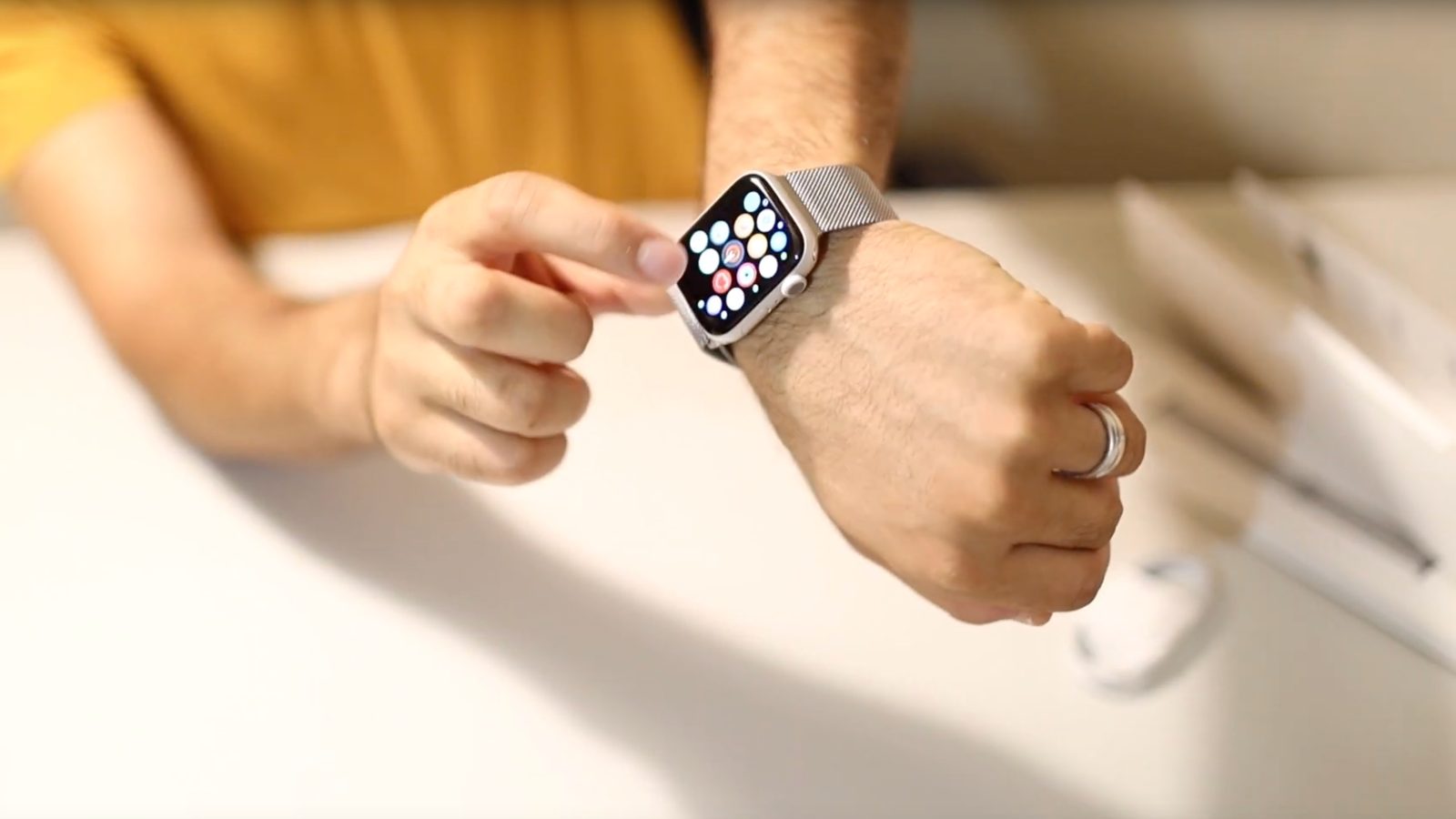 In the video, the user walks through the always-on display of the Apple Watch Series 5, demonstrating how it intelligently dims when it’s down and facing away, but lights back up when the wrist is raised or the display is tapped. Here, we see the Numerals Duo watch face in use with the always-on display.

We also get a closer look at the new Compass app, which is available exclusively on the Apple Watch Series 5. Apple first announced the Compass app last week, saying that it allows users to see information including heading, incline, latitude, longitude, and current elevation

Meanwhile, a separate new video out of Italy offers another hands-on look at the Apple Watch Series 5 in aluminum. This video offers a look at the new Meridian watch face with the always-on display. You can see the display dim and the background go dark as it is turned away.

It’s unclear how these users were able to get their Apple Watch Series 5 units early. It could be that they simply ordered through Apple’s website, and the shipping company failed to follow the scheduled delivery date. Another possibility is that they work for regional carriers, and somehow got stock or demo units two days early.

We expect the official Apple Watch Series 5 review embargo to drop tomorrow morning. Nonetheless, these videos offer our first look at the new device in the real world. What do you think? Let us know down in the comments.