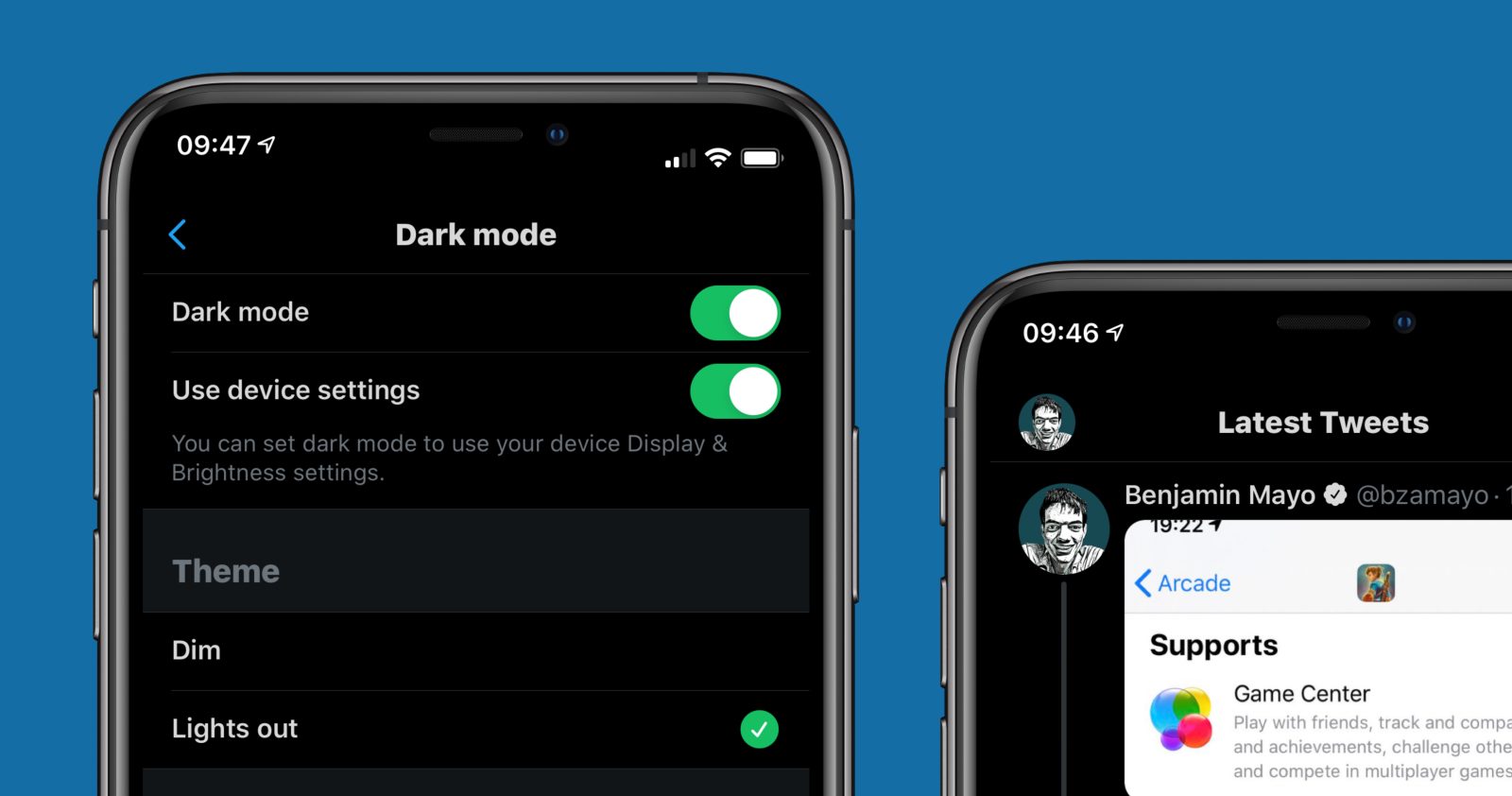 The official Twitter app has been updated to support iOS 13’s new Dark Mode. Twitter has had a dark theme for a while, but it had to be toggled manually as iOS had no concept of theme. The app now integrates with iOS 13 changes so that you can set it to match the current system appearance.

Ahead of iOS 13’s launch on Thursday, many apps are starting to incorporate the native dark mode functionality of the operating system. Some apps are retrofitting their existing custom theme engine onto the iOS 13 appearance setting, whereas others are matching the behavior of the Apple apps; no settings, just switch automatically to the current theme.

In Twitter’s case, they are taking the former approach. This gives you a bit of extra control as it means you can force Twitter to always use a certain theme, independent of what the system appearance is set to. However, if you do want the automatic switching, follow these steps.

The ‘Use device settings option’ toggle is on by default, but if you had previously tweaked Twitter’s theme options, it might be disabled until you manually go and change it.

On the same Dark mode preference pane inside of the Twitter app, the ‘Theme’ option gives you one layer of additional customizability. Twitter actually offers two dark themes; a dark blue theme (‘Dim’) and a true black theme (‘Lights out’).

The ‘Lights out’ theme is the one that matches the Apple stock app dark color palette the closest. Whatever theme you select, that is the one that will be used when Twitter is running in ‘dark mode’.

Expect a lot more apps to add official Dark Mode support in the coming days and week. iOS 13 is available for iPhone users on September 19, and Dark Mode launches on iPad with iPadOS on September 30.