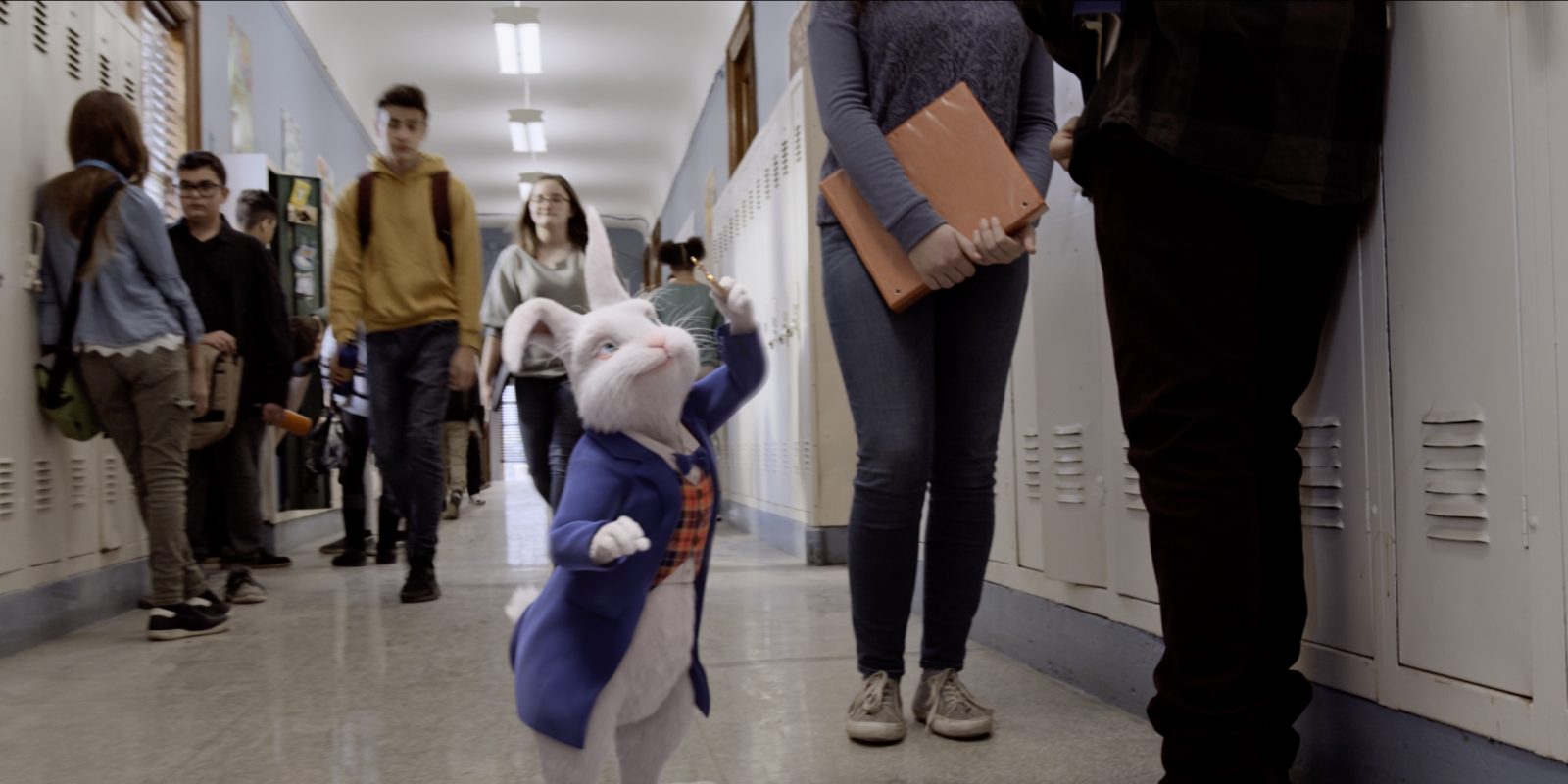 Apple has today shared trailers for two more of its original content TV shows airing on Apple TV+ when the service launches on November 1.

Ghostwriter and Helpsters were previously announced for the launch lineup but trailers were not yet released. These previews are now available to watch on tv.apple.com.

Ghostwriter is a reboot of an American children’s mystery series from the 90’s. The series is based around four kids who team up to solve mysteries as a huanted bookstore releases fictional characters into the real world.

As suggested by the trailer, one of these classic stories brought to life looks to be Alice in Wonderland with an appearance from the White Rabbit. In the Apple TV+ interpretation, these characters are animated in full CGI alongside the live action.

Helpsters was previewed at the March launch event for Apple TV+ and is an educational kids show from the creators of Sesame Street. Featuring Cody and her team of puppet friends, the show aims to teach children about problem solving and coding concepts in a fun way.

Both Ghostwriter and Helpsters will be available from November 1, when Apple TV+ launches. They will join family cartoons like Snoopy in Space, dramas like The Morning Show, See, Dickinson, For All Mankind and documentaries like The Elephant Queen. Apple TV+ costs $4.99 per month, but Apple is giving away a year free with the purchase of a new iPhone, iPad, Apple TV, Mac or iPod touch.

Thanks to Sigmund Judge at Screen Times for the heads up.