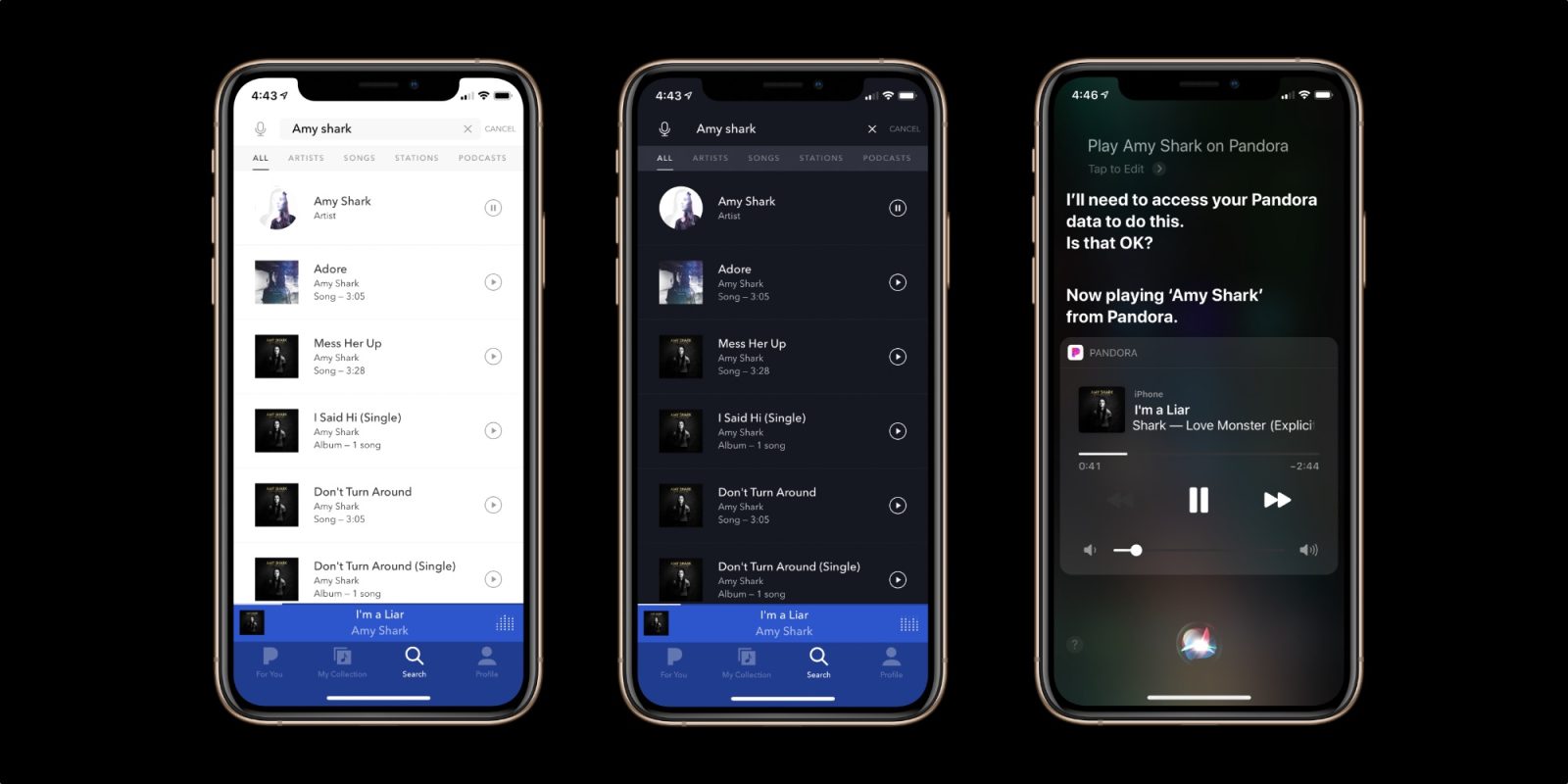 Apple showed up new features coming to CarPlay back at WWDC in June including the ability to control Pandora and Waze with Siri. We’re still awaiting the big iOS 13 update from Waze, but Pandora has just released the new version of its music player for iPhone.

Pandora Music for iOS 13 touts Siri control from iPhone including through Apple CarPlay and HomePod. The new version also brings support for Apple’s new system-wide Dark Mode appearance which supports toggling between modes on a schedule or manually.

More from Pandora’s release notes below:

Pandora just got easier on the eyes. Our app now supports Dark Mode in iOS 13. Switch to Dark Mode to lower the brightness of your interface so you can focus on your music, not the screen.

Siri just got smarter. Now you can ask Siri to play your music on Pandora. Just say, “Hey Siri, play Lizzo on Pandora.” or “Hey Siri, play the latest episode of This American Life on Pandora.” Whether you’re on your phone, HomePod, or in CarPlay, Siri is about to make listening to all your favorite stuff a little easier. Try it today!

The latest version of Pandora Music for iPhone is available for free on the App Store. The service optionally includes a paid premium membership for on-demand music playback.

iOS 13, which launches on iPhone for everyone tomorrow, is required.