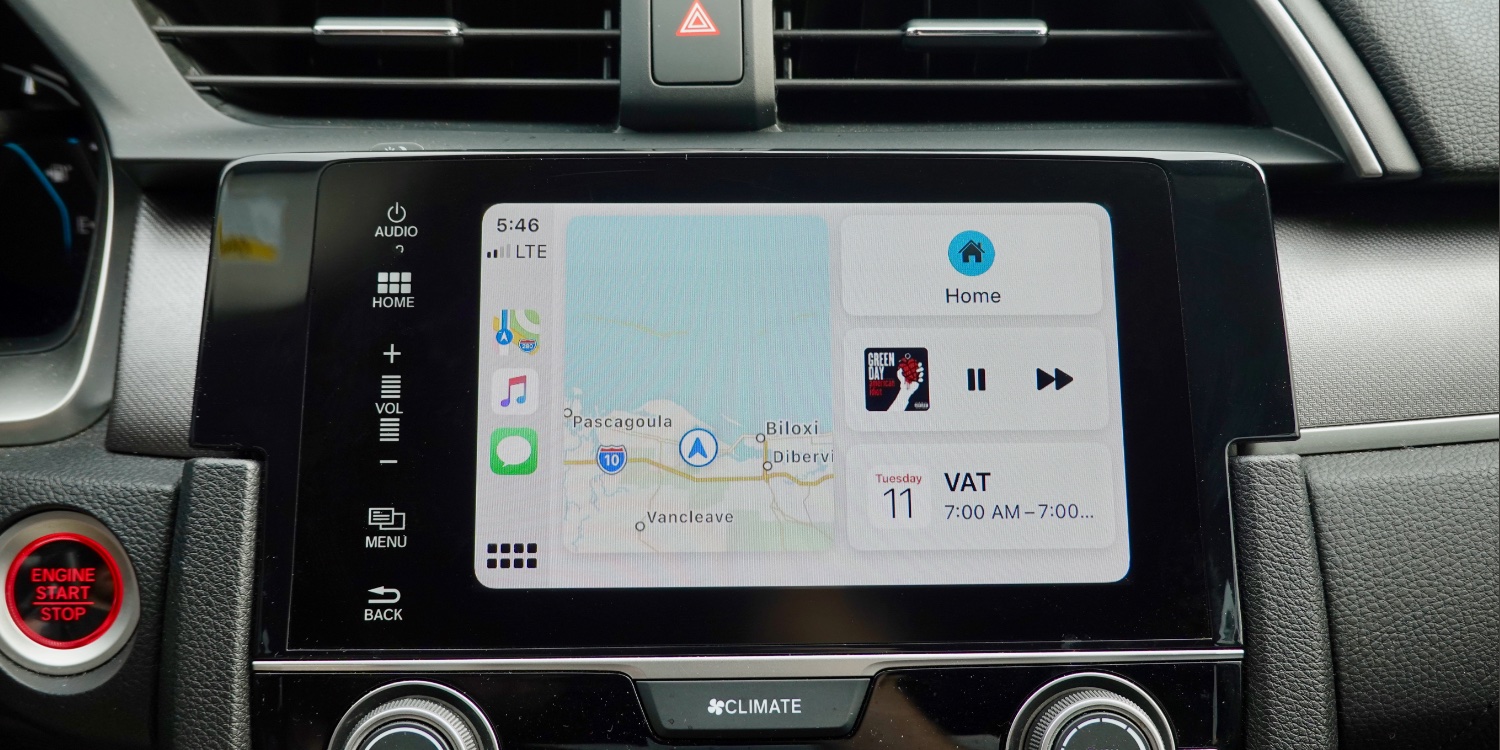 Apple upgraded CarPlay in iOS 12 with support for third-party navigation apps including Google Maps and Waze, allowing drivers to use alternatives to Apple Maps for the first time. CarPlay has an even bigger update in iOS 13 with the introduction of Dashboard, new apps, and updates to existing apps.

CarPlay in iOS 13 has several design changes that make the infotainment system feel more like the iPhone X and later. For example, the virtual Home button has been replaced with two icons showing the app launcher or new Dashboard feature. The icon is in the same location (bottom left or right depending on where you’re driving) and works the same with long-presses invoking Siri, but the virtual Home button inspired by the pre-iPhone X era has been retired.

The status bar has rearranged the time, network status, and recent apps to emphasize switching between apps without the Home screen. CarPlay also has rounded corners like modern iPhones and iPads, and each built-in CarPlay app has an updated design as part of iOS 13.

So what’s Dashboard? CarPlay Dashboard is the biggest rethinking of the CarPlay Home screen since it launched. While we’ve seen the ability to rearrange apps and hide select apps added over the years, CarPlay in iOS 13 adds an additional Home screen to the left of the existing icon grid that presents a dynamic cluster of information on a grid. 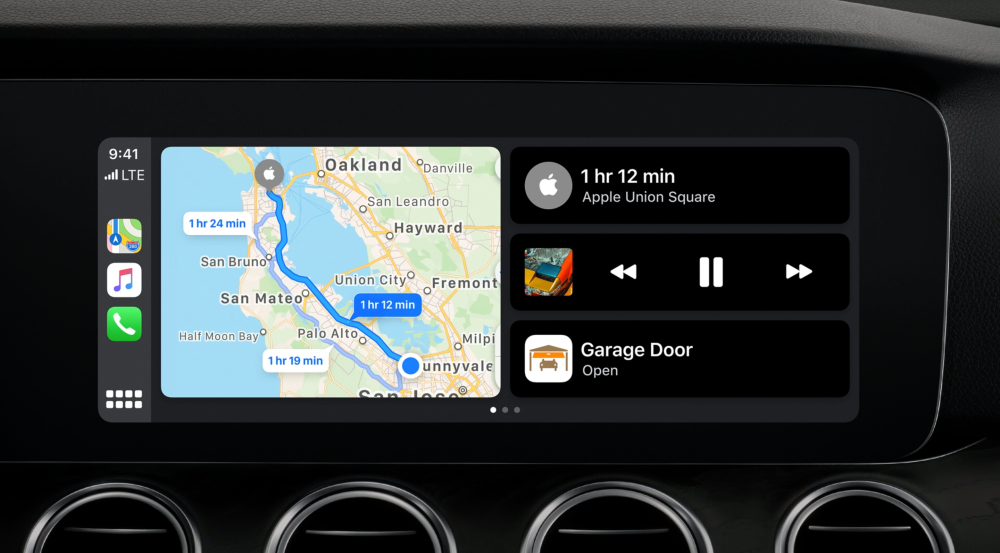 The left half of the Dashboard shows your location on a map, current navigation, or an overview of your route. The right half of Dashboard is even more dynamic, surfacing quick access to upcoming calendar events which can include addresses, suggestions for routes including home, playback controls for audio apps, and Siri Suggestions including HomeKit actions like opening your garage when you arrive home. 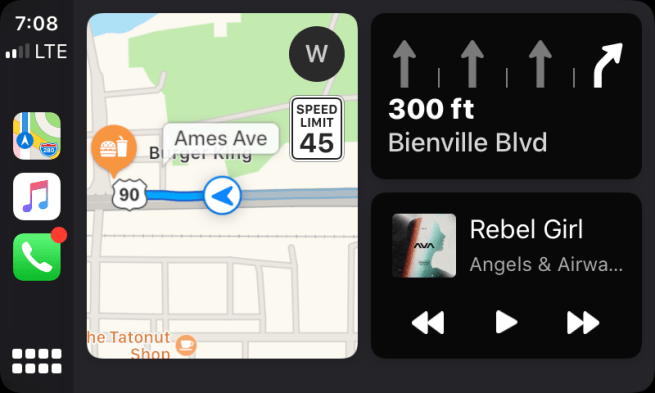 Dashboard looks best on wide-screen displays, but the brand new feature works great on standard screens that work with CarPlay too — wired or wireless depending on your receiver. The new feature includes a lot of utility on a single screen without switching between apps.

The new Calendar app for CarPlay shows you the current date from the icon just like on the iPhone, plus you can quickly see your current and upcoming appointments. You can also tap an appointment to see more details and even launch the Maps app to navigate to a saved address from an event.

Apple Maps already intelligently surfaces addresses from upcoming appointments with locations, and the new Calendar app expands on that with more information and more control, including the ability to easily initiate a phone call for a meeting if a phone number is attached to an event. 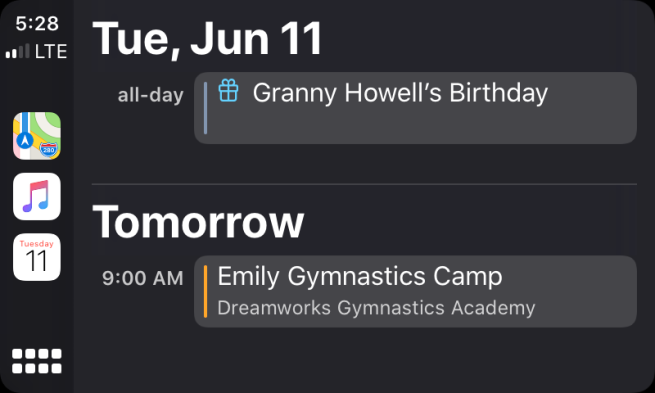 The new Settings app includes three sections: Do Not Disturb While Driving, Appearance, and Suggestions in Dashboard.

Do Not Disturb While Driving limits who can contact you while you’re driving and can optionally reply back with an automated message that tells the sender that you’re driving with Do Not Disturb enabled. This was previously enabled manually, when connected to car Bluetooth, or when driving is detected; starting with iOS 13, this can be enabled automatically when connected to CarPlay too.

The feature can be toggled on or off from the Settings app on CarPlay. You can also change the auto-reply feature to no one, favorites, recents, or everyone.

The new Suggestions in Dashboard toggle lets you disable Siri Suggestions on the new Dashboard feature, limiting the new screen to fewer options.

And while iOS 13 introduces a new Dark Mode theme for the first time, CarPlay in iOS 13 gains its first-ever Light Mode theme as an option. You can keep CarPlay in Dark Mode all the time or optionally switch between Light Mode and Dark Mode automatically. There’s no option to run Light Mode at night, although the new option is meant to improve legibility in bright environments and could be a distraction in dark environments.

Siri drives much of the experience with CarPlay, and there are a few changes to how Siri behaves on CarPlay in iOS 13. For starters, Siri obstructs less of the view when prompted, replacing a full screen prompt with a translucent layer behind the Siri waveform. 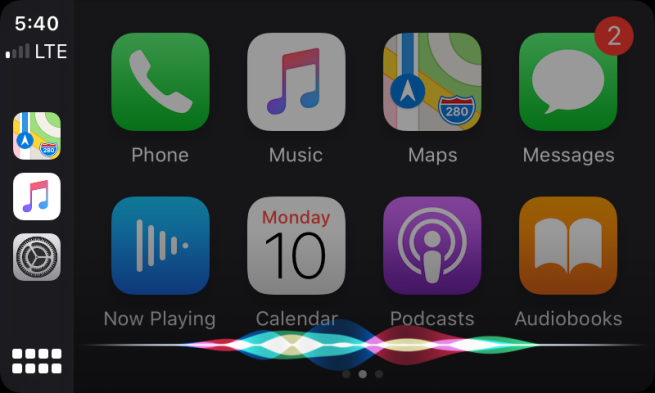 Siri can also be invoked with the ‘Hey Siri’ phrase using the car microphone on supported cars, but the technical requirements for implementing that feature may limit adoption for a while.

There’s also a new look to interacting with Messages using Siri, and tapping Phone and Messages no longer invokes Siri before showing you each app, matching the behavior of the status bar app shortcuts.

Apple Music has a facelift in CarPlay with iOS 13 that emphasizes album art and surfaces listening recommendations much better.

CarPlay’s Now Playing app also has a fresh blue icon, changing from the original version based on the classic red-orange Music icon. 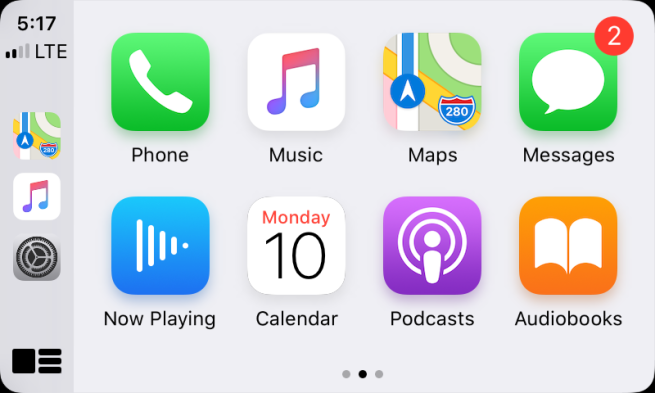 Apple Maps on CarPlay in iOS 13 has been updated with improved details for lane guidance before intersections, improvements to route planning, and the new ability to easily share your estimated time of arrival with contacts during navigation.

More natural language enhances the navigation experience. So instead of saying “in 1,000 feet turn left,” Siri says “turn left at the next traffic light.” Improved navigation also guides you closer to your end-point destination, which is especially important for large venues.

You can also search for nearby locations along your route: 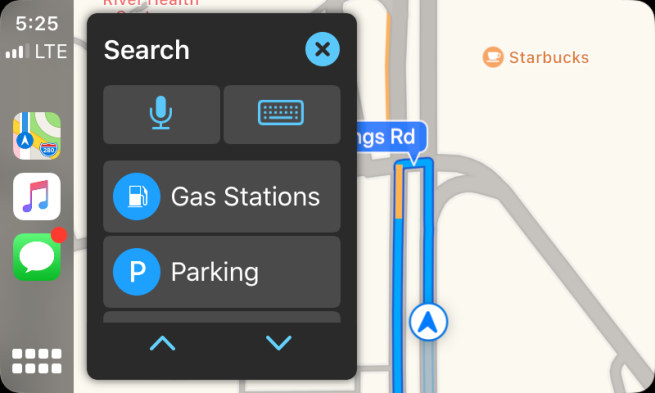 And contacts following your shared ETA will automatically be alerted when your trip extends.

CarPlay in iOS 13 also includes more under-the-hood changes and new features that could come to new cars in the future, but we’ll have to wait and see what car manufacturers actually adopt them. Apple has long been outpacing car manufacturers in developing new features that improve CarPlay’s integration with cars so our focus today is on changes customers receive automatically by updating the iPhone.

Apple also says Siri will be able to control more apps when iOS 13 launches later this fall, including Waze and Pandora, bringing third-party navigation and entertainment apps up to platform feature parity with Apple’s built-in apps.

One of the biggest subtle changes to CarPlay in iOS 13 is independent app views, a feature that solves a classic problem with CarPlay. Before iOS 13, CarPlay directly reflected what app was active on your iPhone. If the app on your iPhone wasn’t a CarPlay app, then CarPlay would simply show the Home screen.

Now in iOS 13, CarPlay switches apps independently from iPhone. This solves the classic problem of a driver relying on Maps for navigation while a passenger uses the iPhone for something else — especially if you’re letting your passenger charge their iPhone while you use their navigation. And if you’re the driver, you can rely entirely on CarPlay and leave your iPhone screen off or on the CarPlay screen.

What CarPlay change are you most excited about in iOS 13? Let us know in the comments, and stay tuned for more CarPlay coverage as Apple finishes iOS 13 throughout the summer. 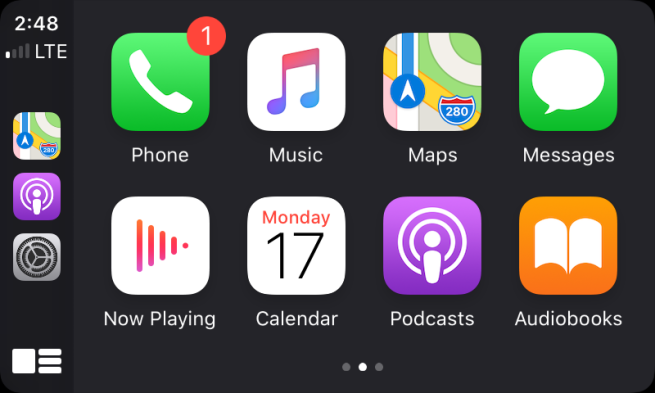 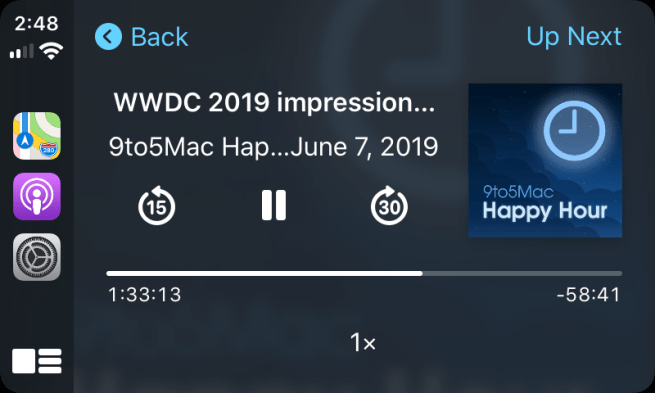 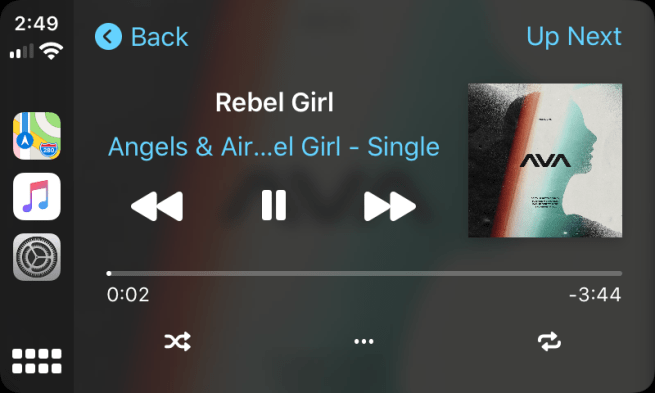