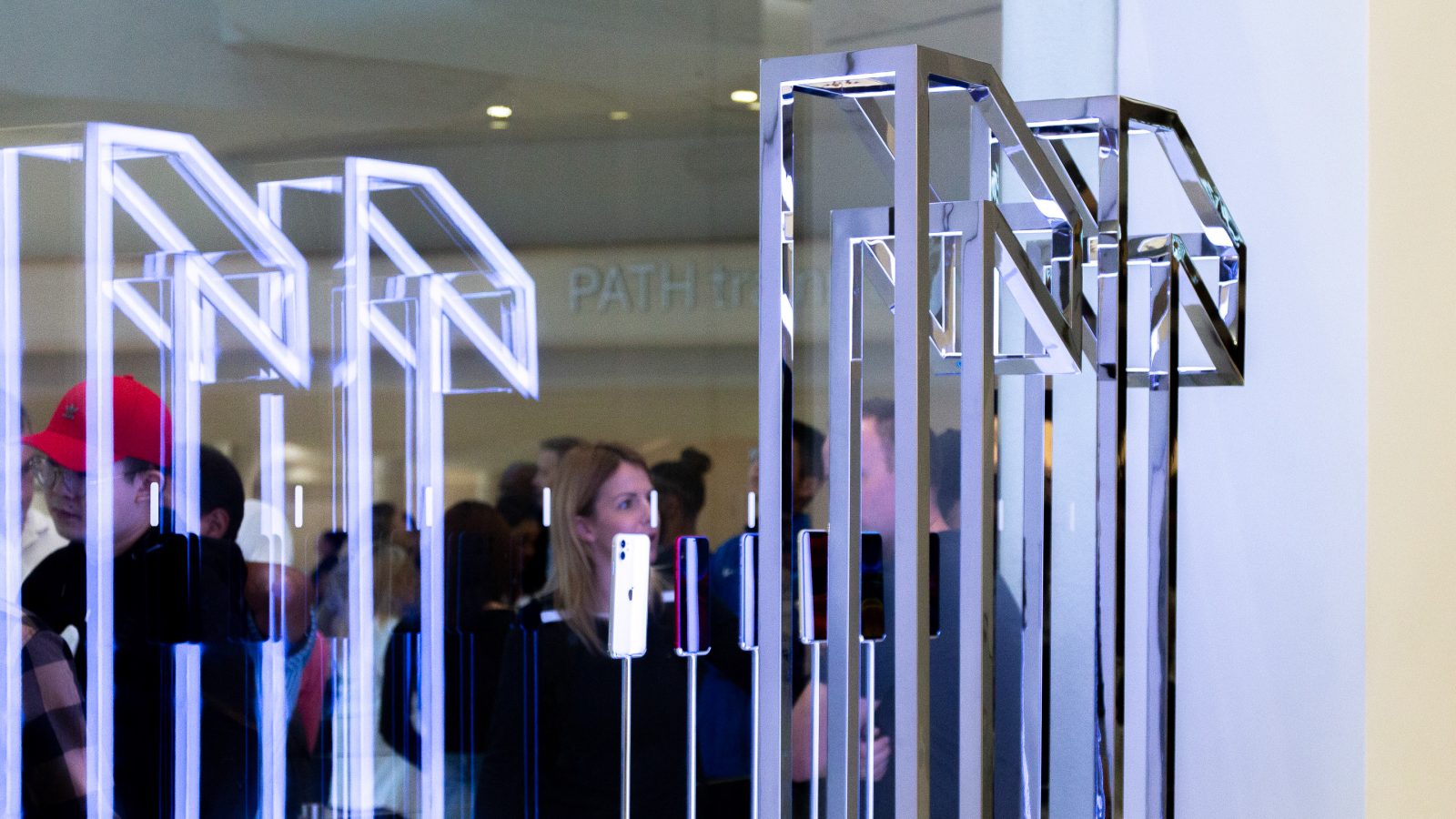 In addition to the changes rolled out worldwide, some unique displays have been installed at Apple Fifth Avenue in New York City, which reopened today after nearly three years of renovation.

We profiled the store’s architecture more broadly in an early preview yesterday, and brought you a grand opening gallery today.

If you spot any further new designs at your own local Apple Store, we’d love to see your photos. 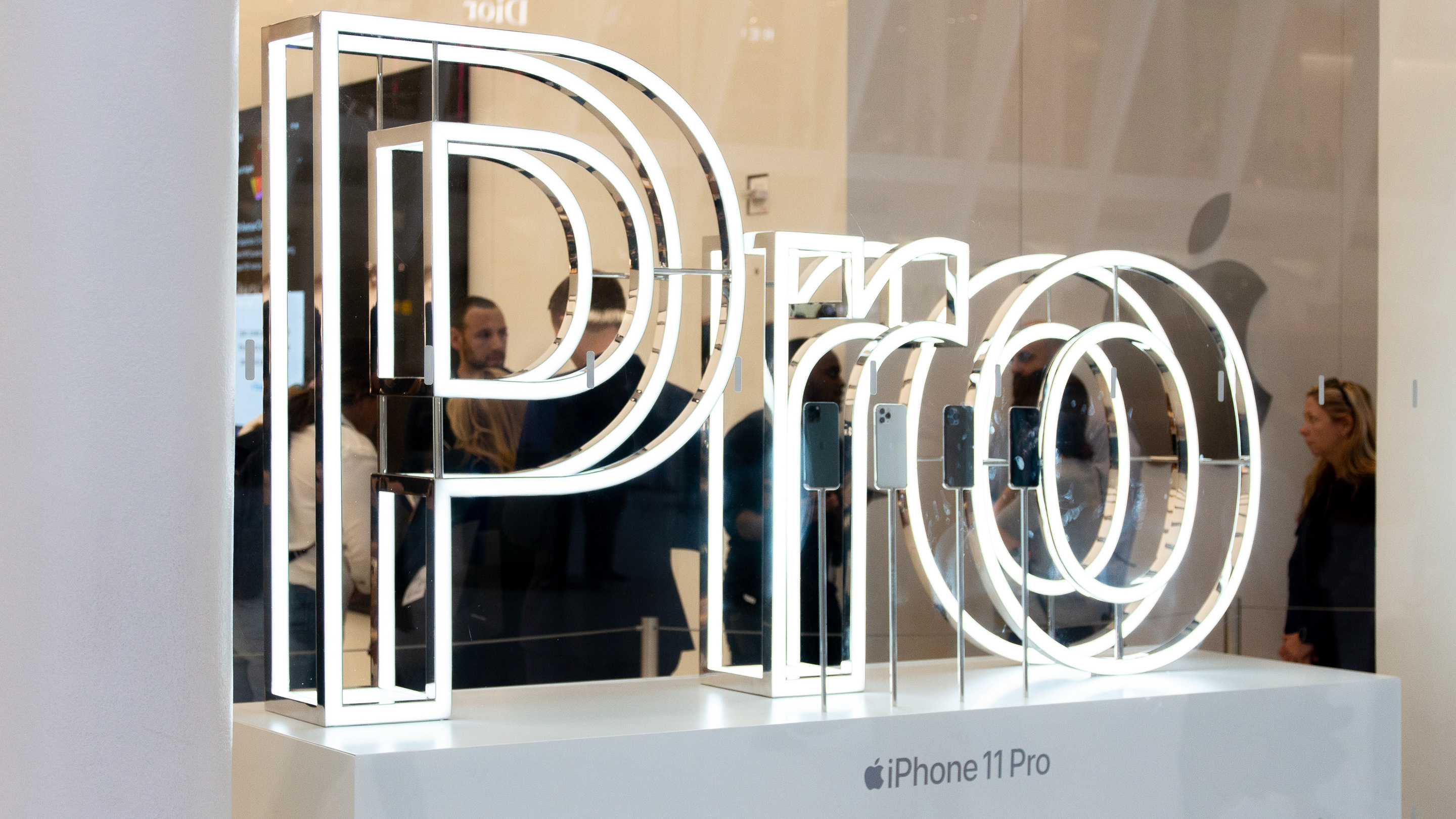 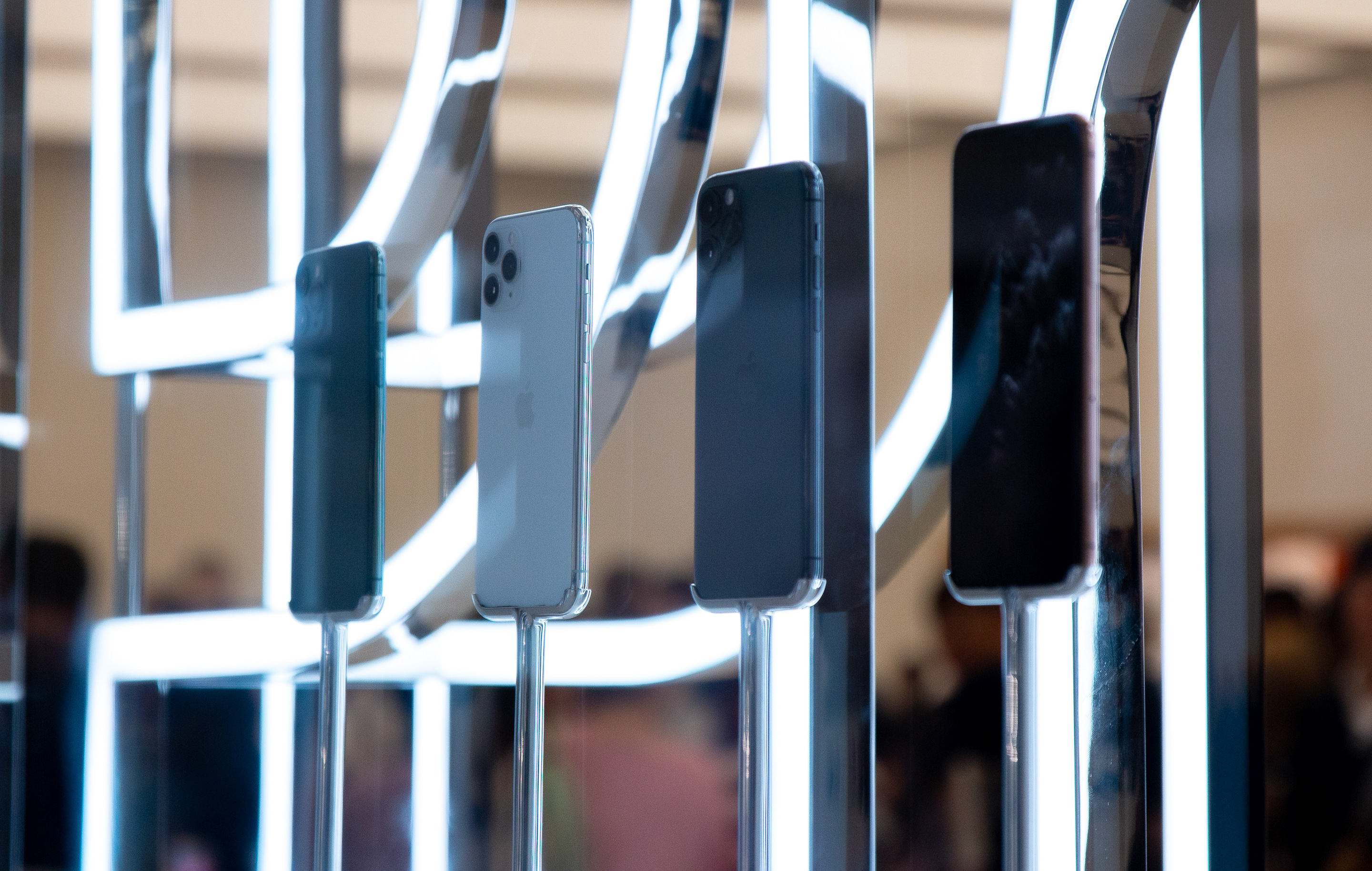 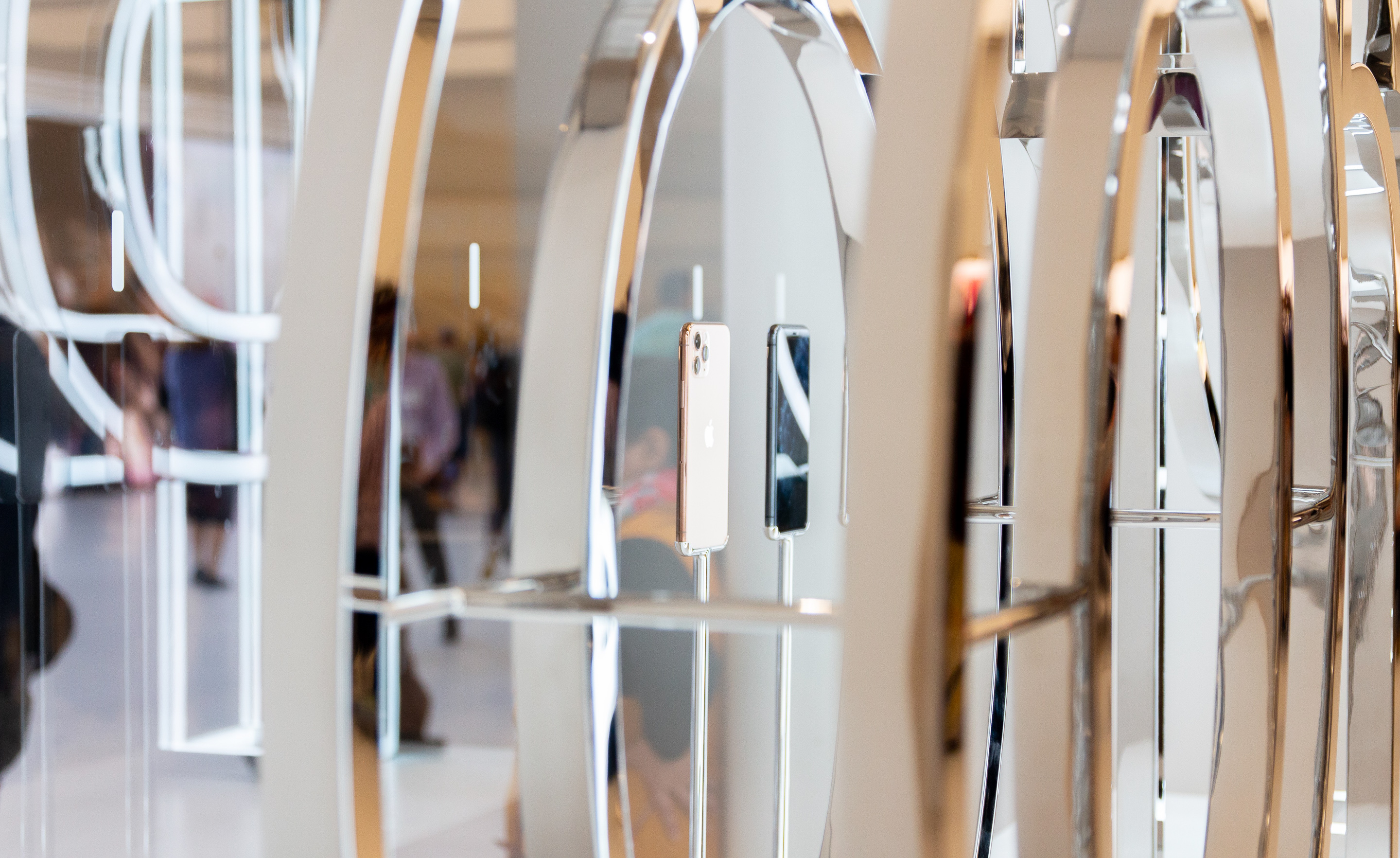 The largest change you may notice in select stores is the addition of gigantic new window displays promoting the iPhone 11 and 11 Pro. Locations with a supporting layout and enough floor space feature three-dimensional, backlit text spelling out “11” and “Pro.” Demo iPhone models on polished pedestals exhibit every color option. The “Pro” display backlighting remains white, while the “11” display cycles through colors. 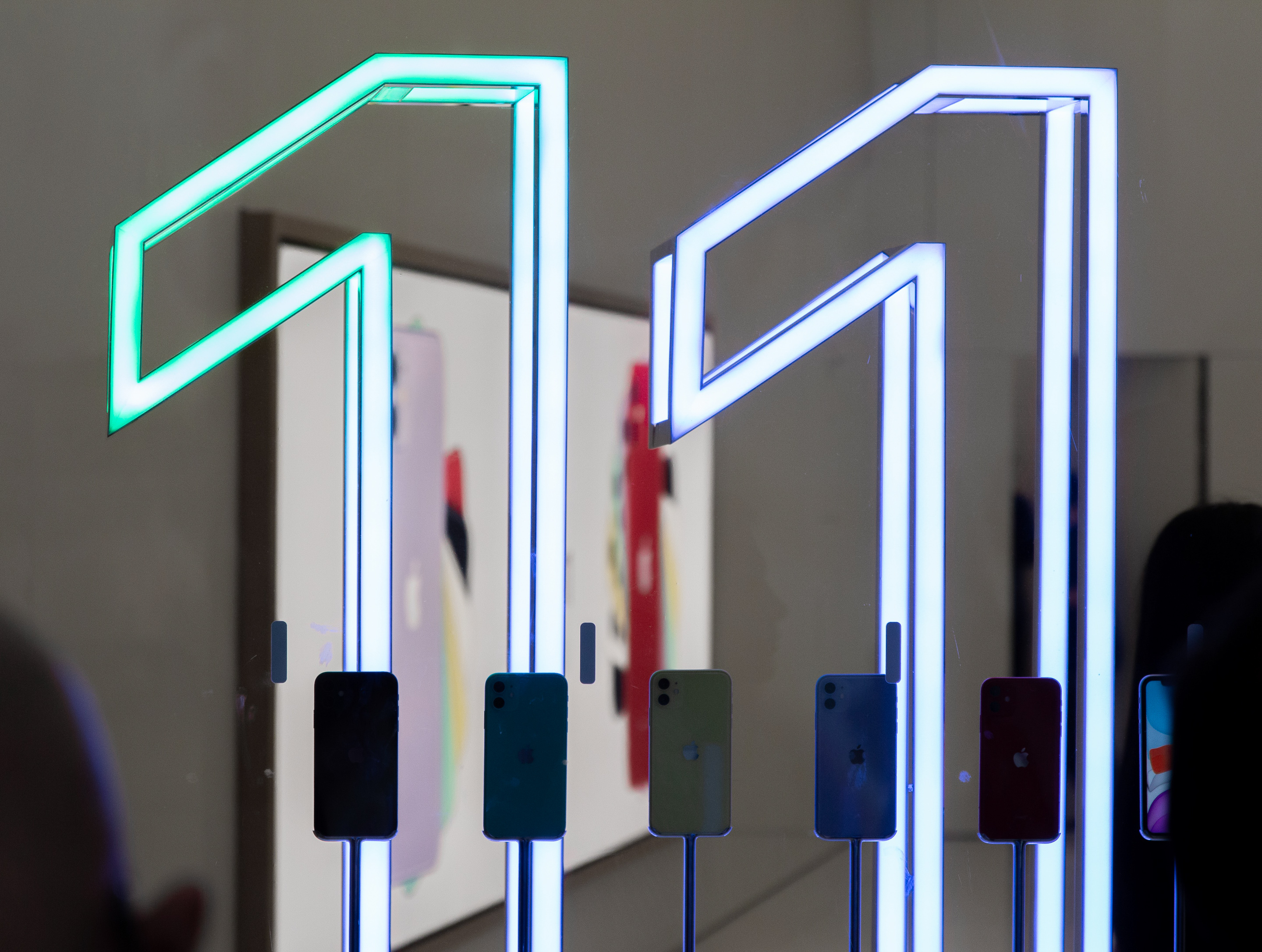 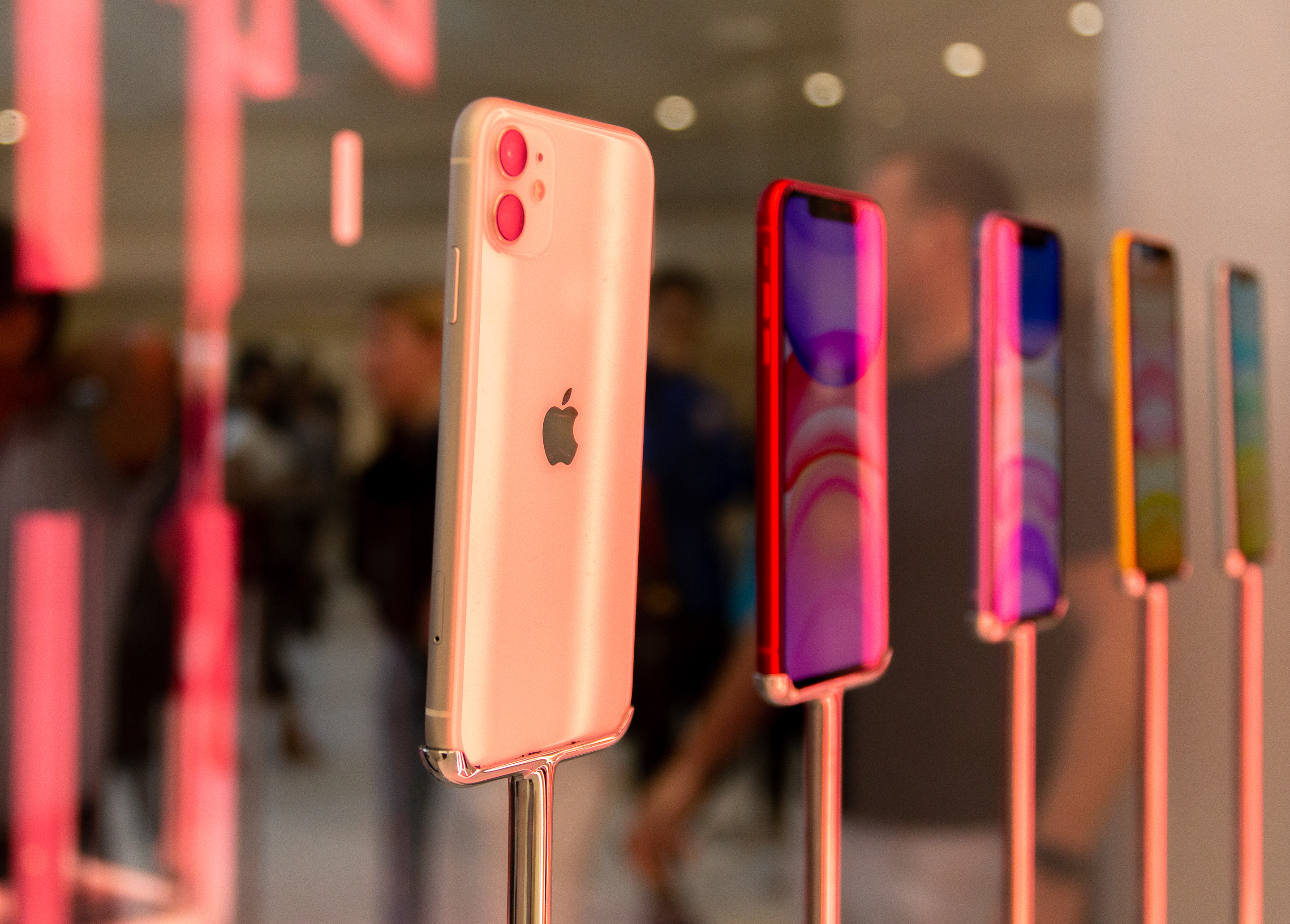 This is the first time in several years that Apple has used window displays in its stores. Many new locations, including those with pivot doors, can no longer support fixtures at the front of the store. We previously took a look back at Apple’s holiday window displays through the years. 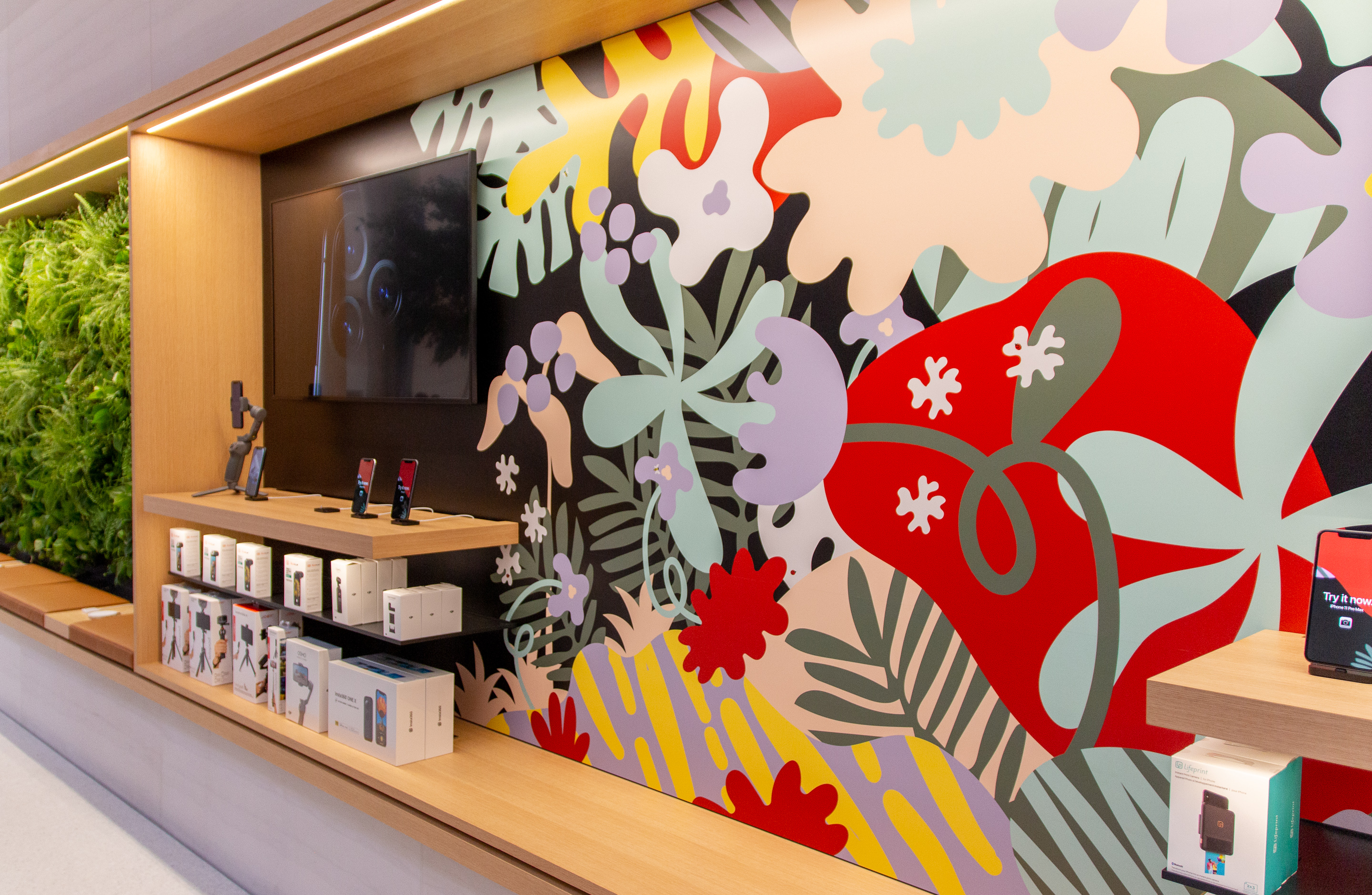 Avenues, Apple’s name for its interactive display shelving, have been refreshed at all contemporary locations. The Photography Avenue has been redesigned with an illustrated backdrop perfect for testing the iPhone 11 Pro’s new camera system. A television highlights the new ultra-wide and telephoto cameras. Previously, this Avenue hosted three printed photos shot on iPhone. 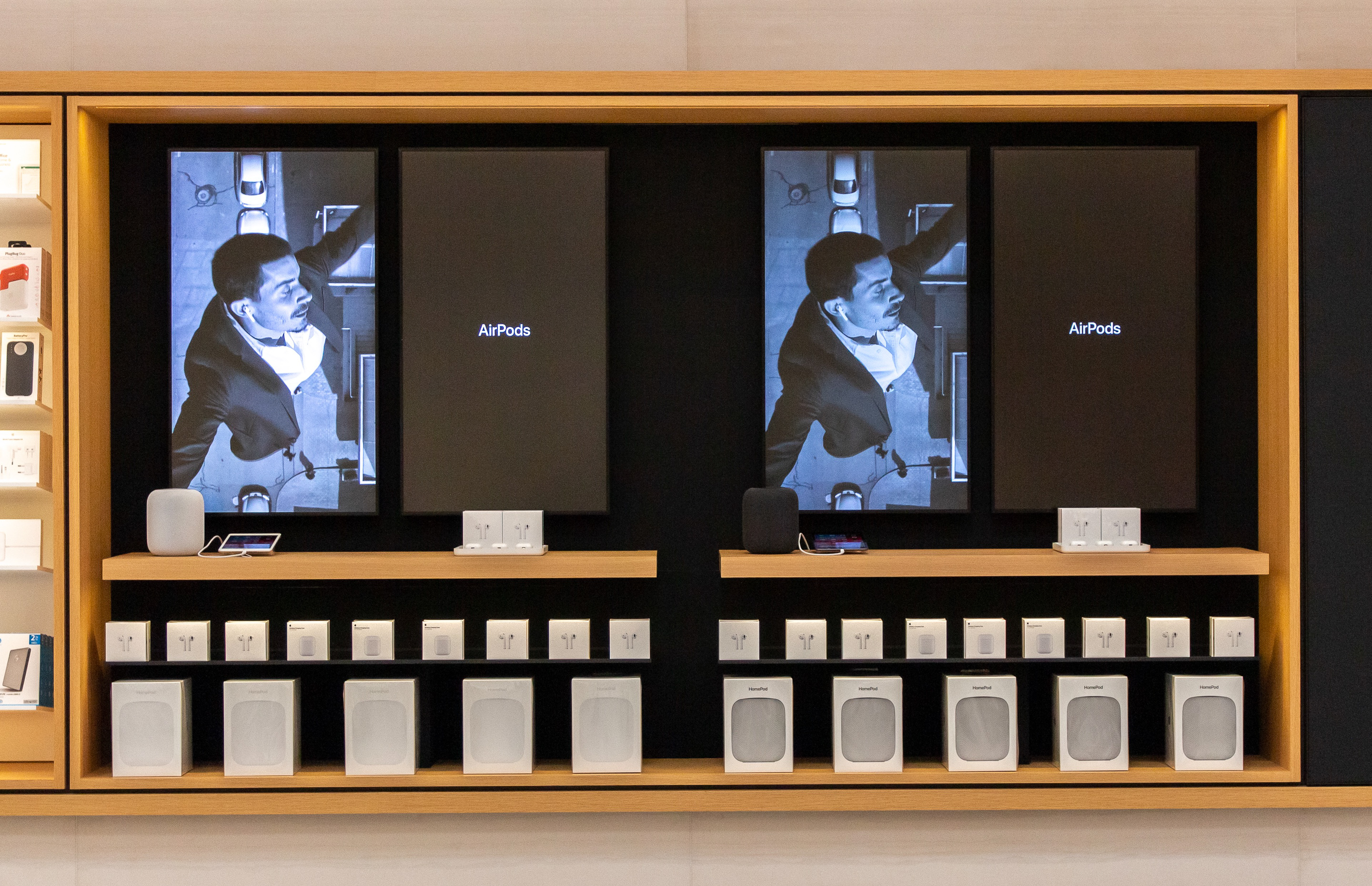 The HomeKit Avenue has been repurposed to house AirPods, HomePods, and display a loop of the AirPods television ad. 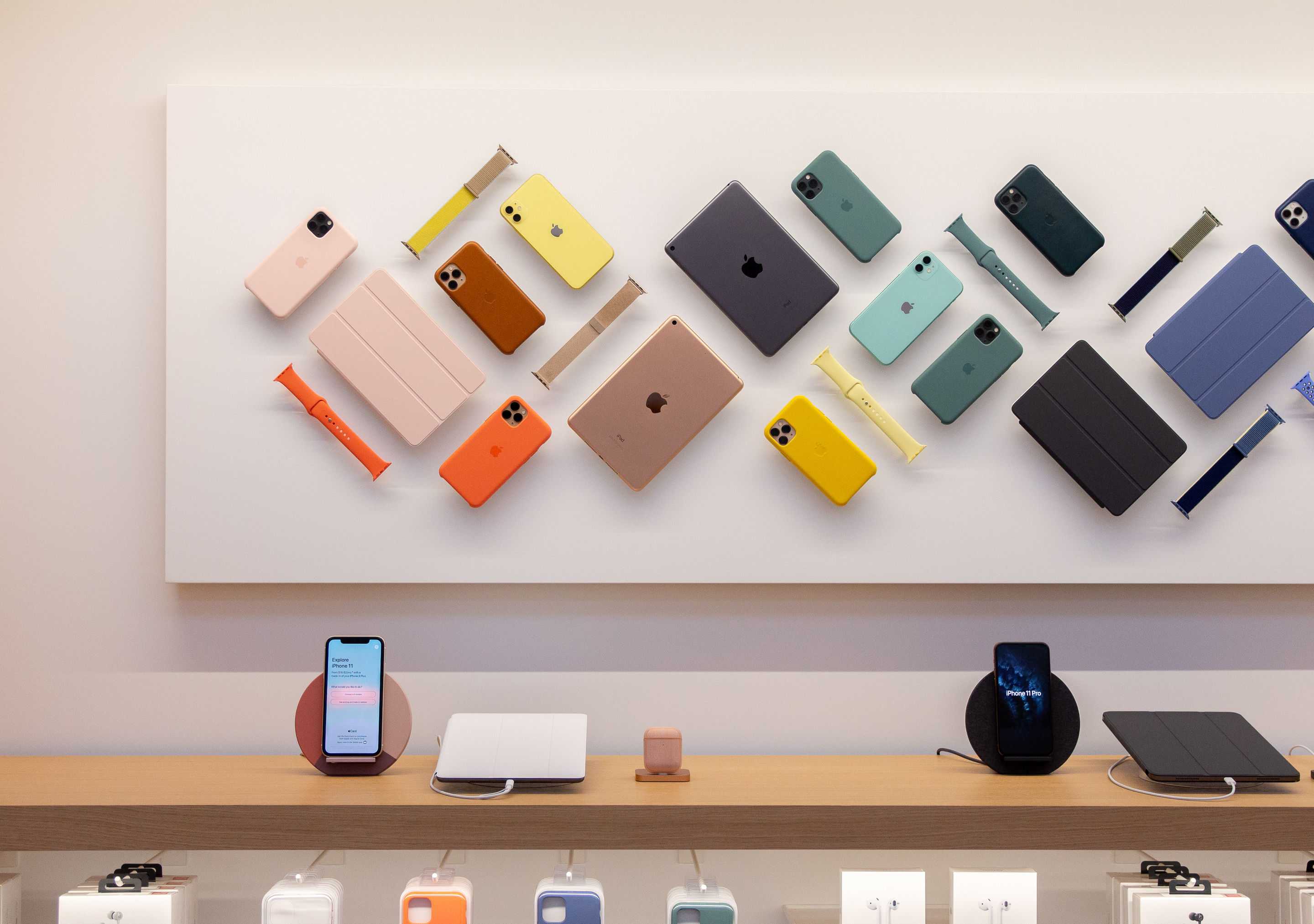 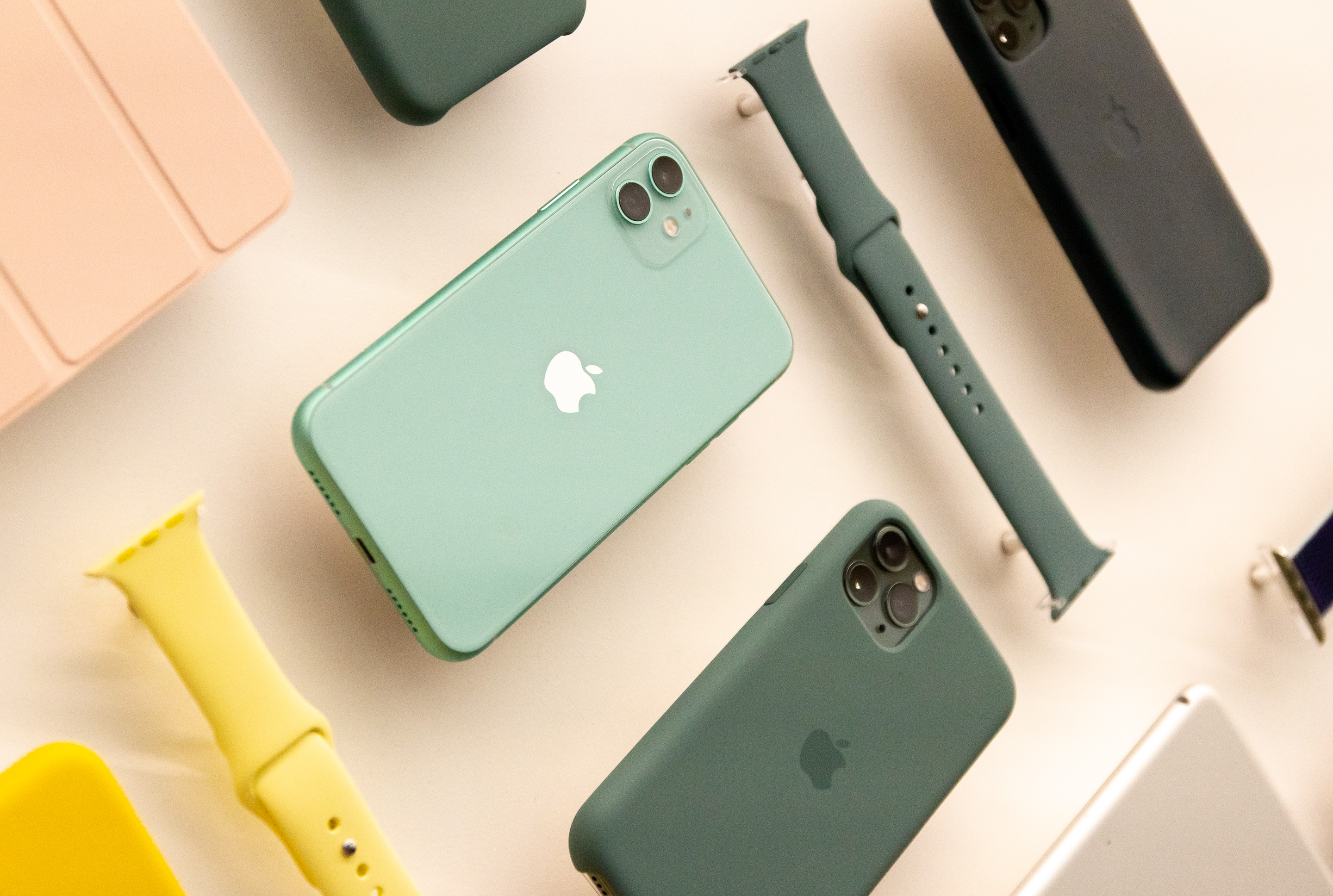 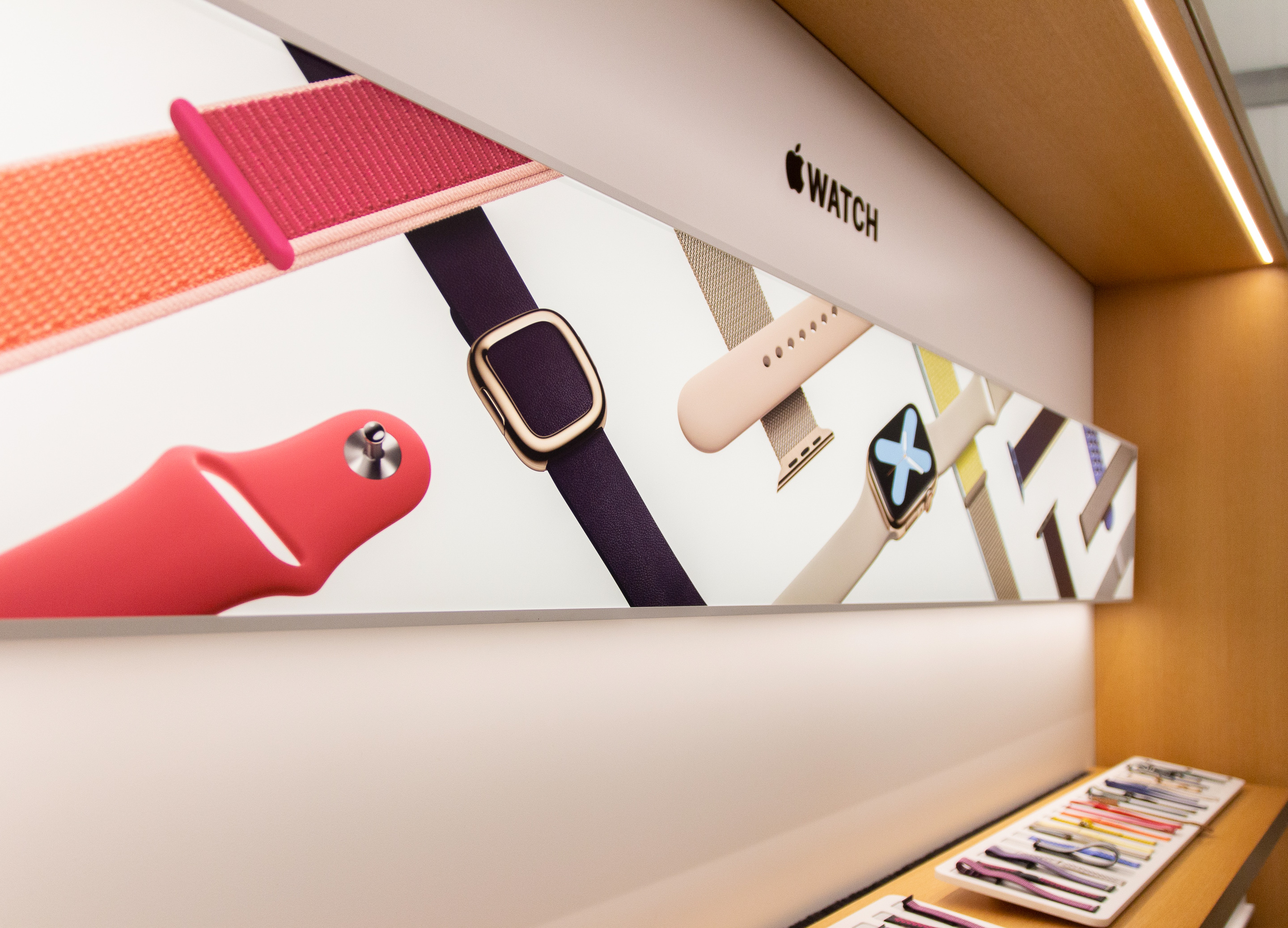 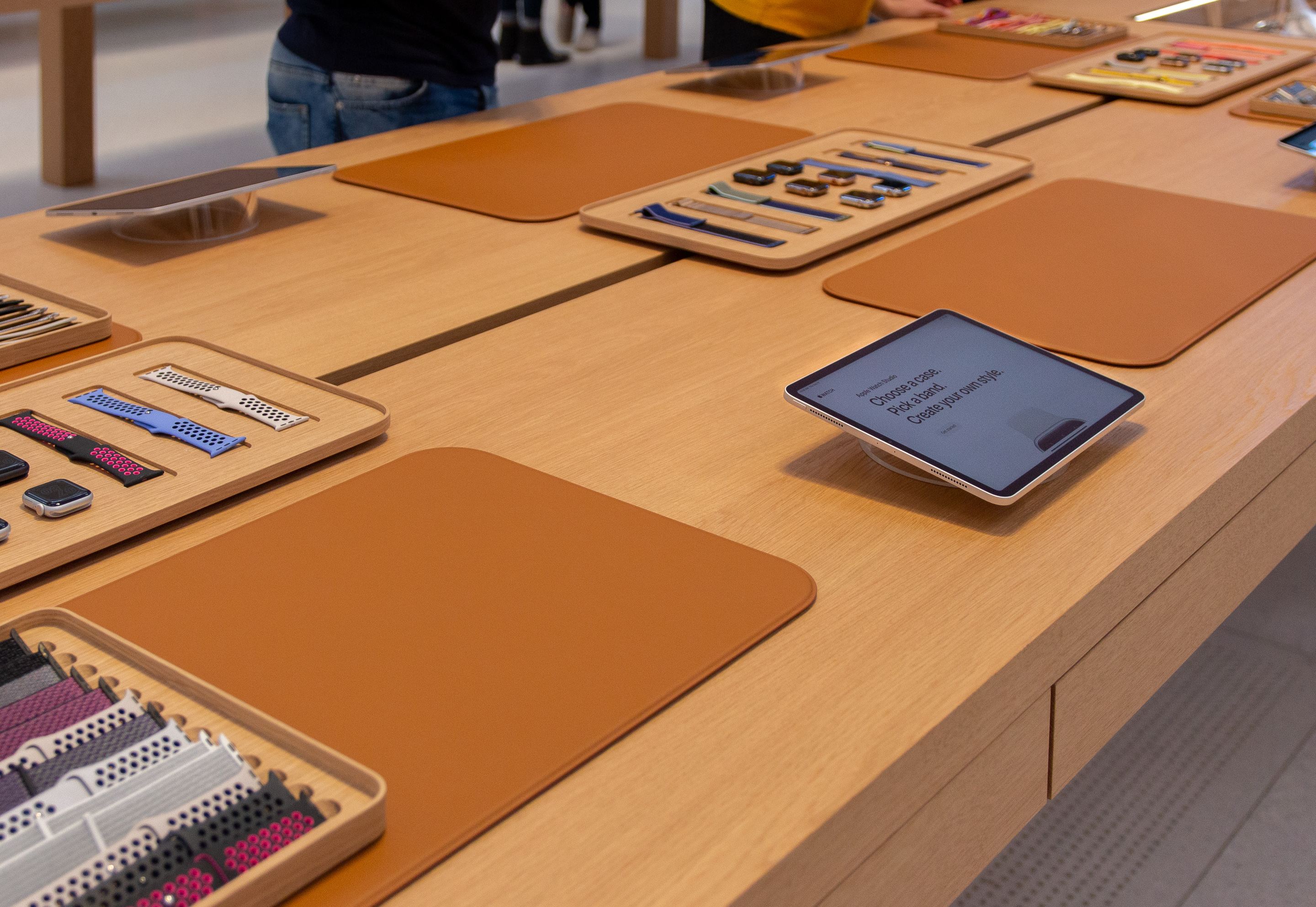 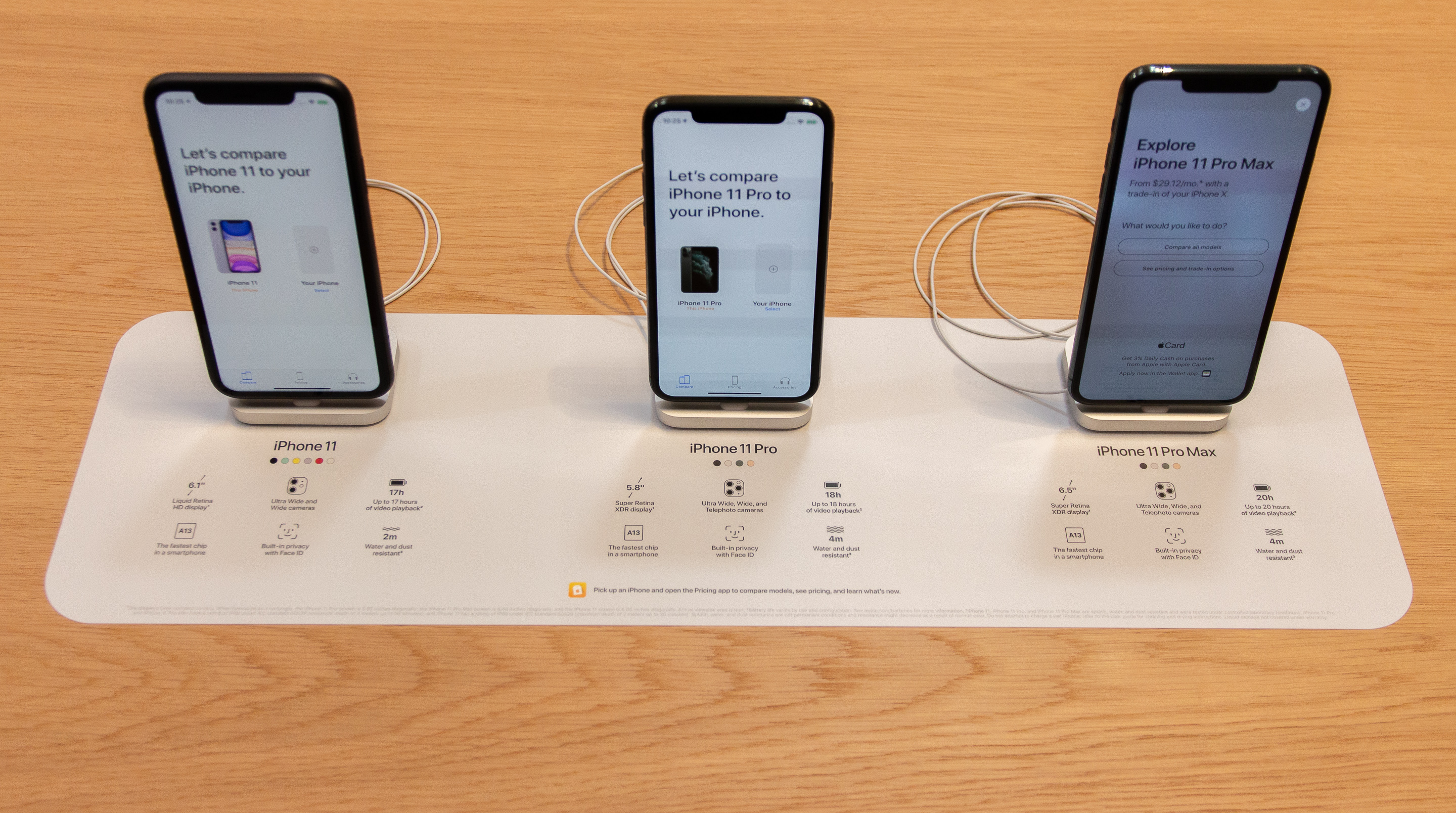 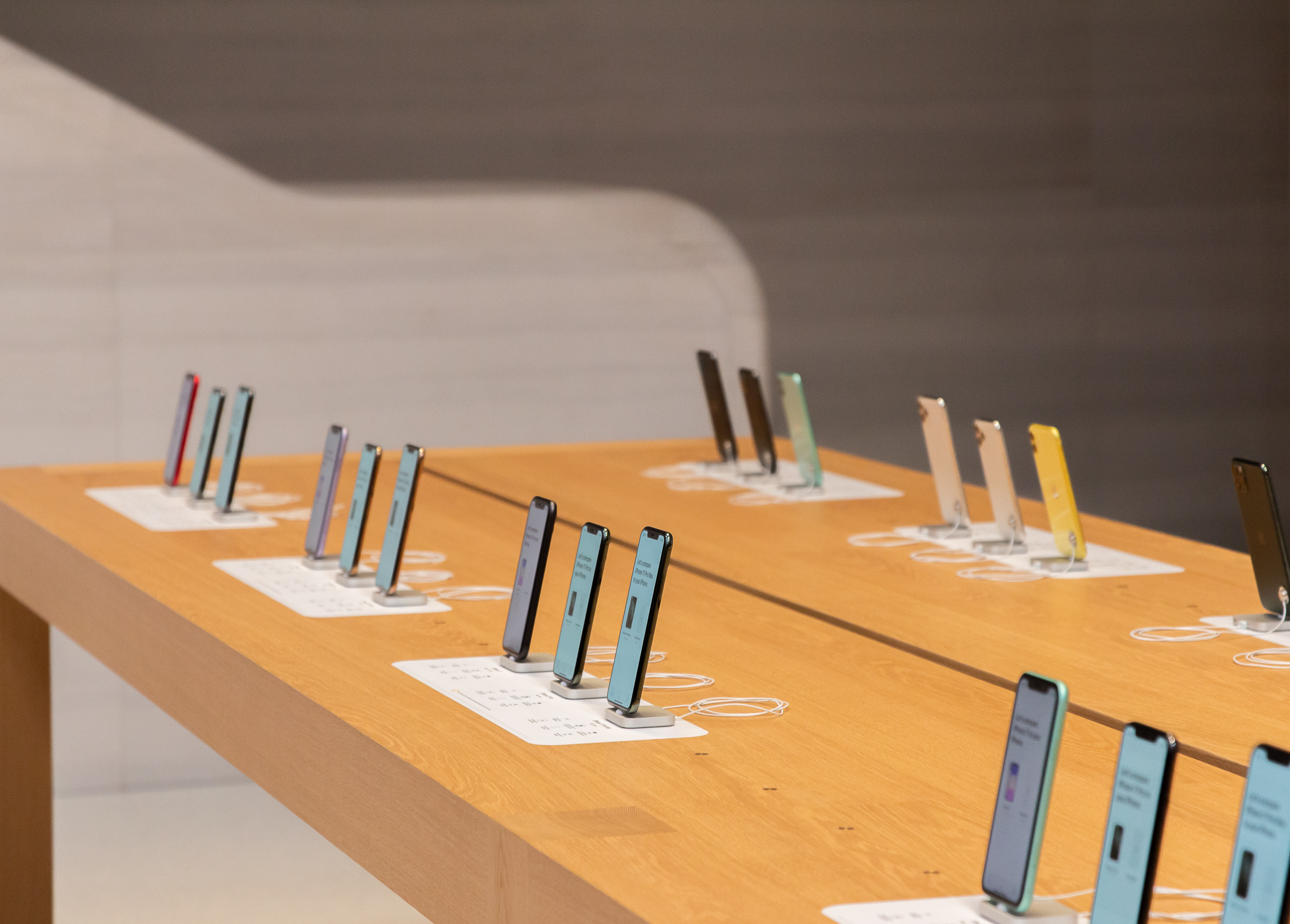 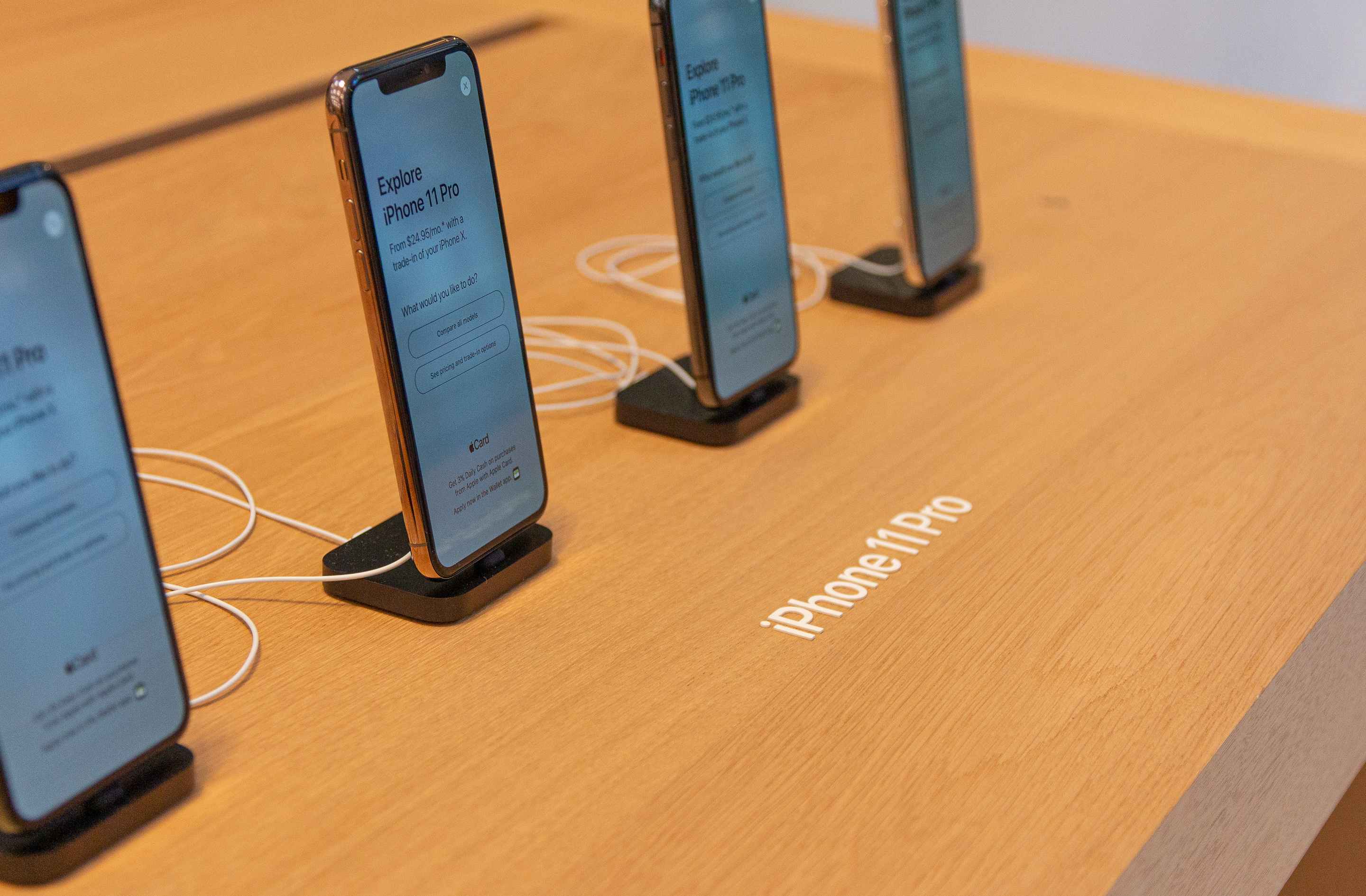 Apple has updated its iPhone display tables with detailed specification mats and three-dimensional decals to quickly identify each model. The new mats were previously trialed at select stores this past summer for the iPhone XS and XR, and offer an at-a-glance comparison between models. 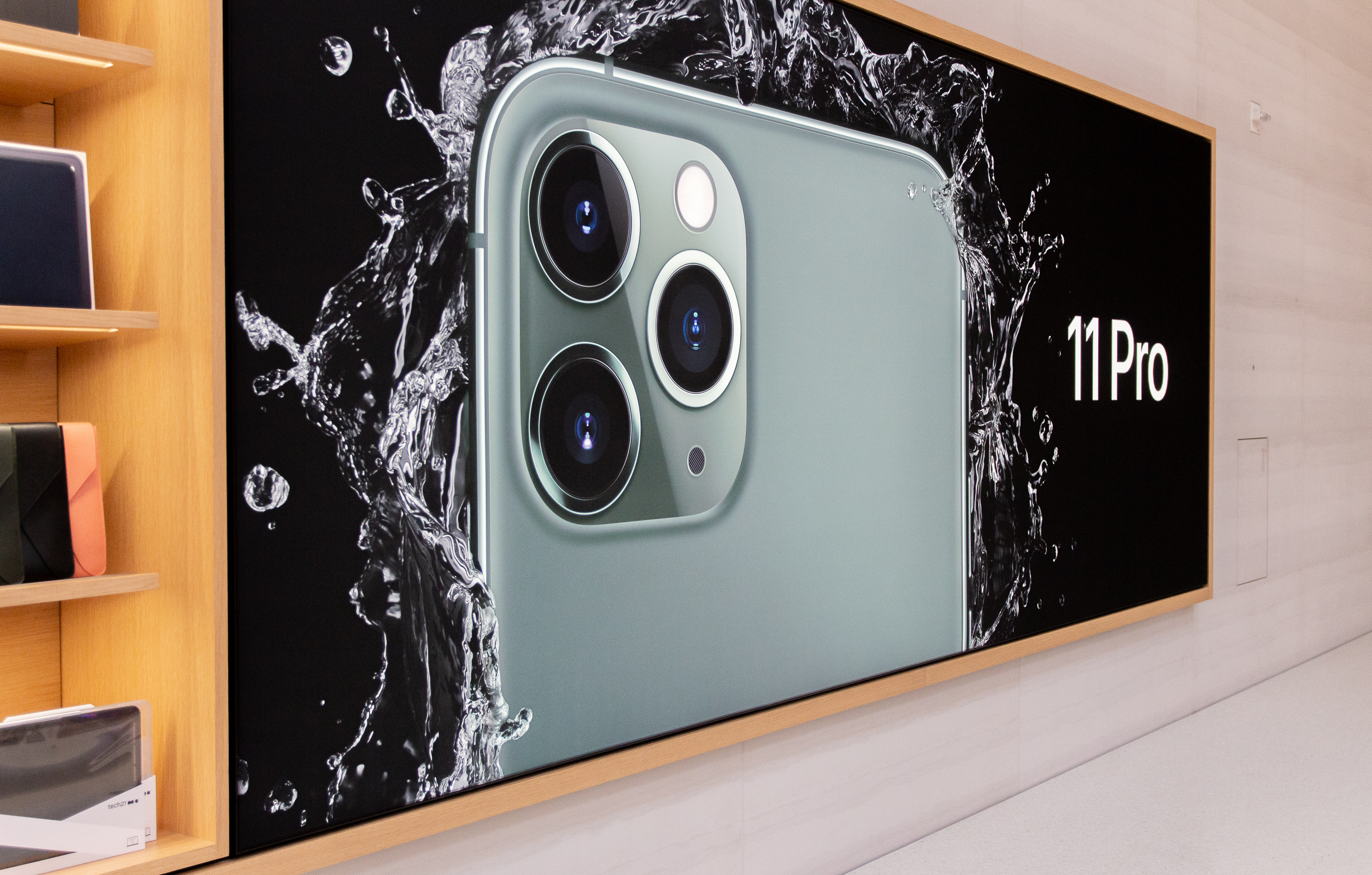 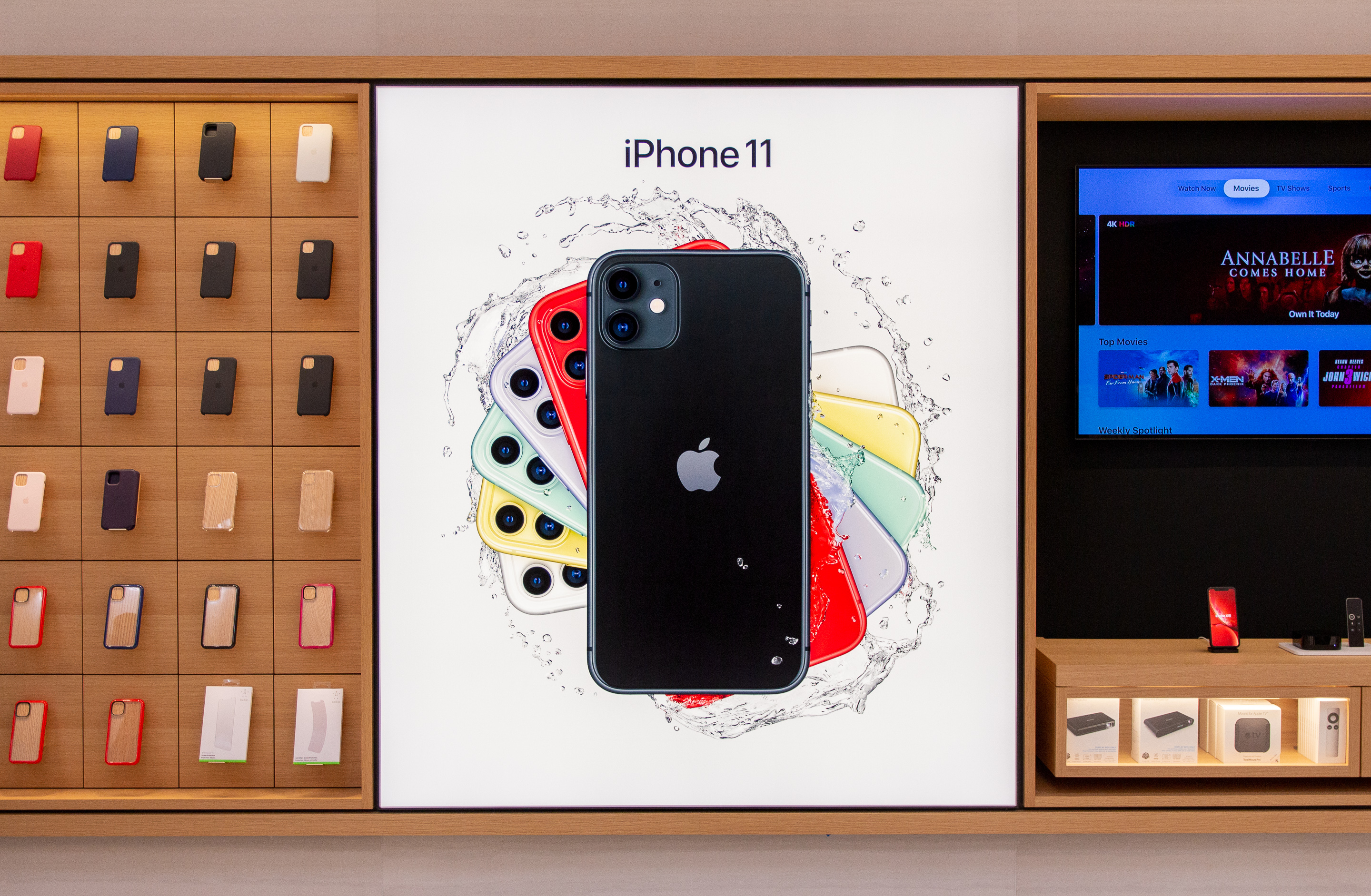 Both classic stores and those with the latest design received new graphic panels spotlighting the iPhone 11 and 11 Pro. 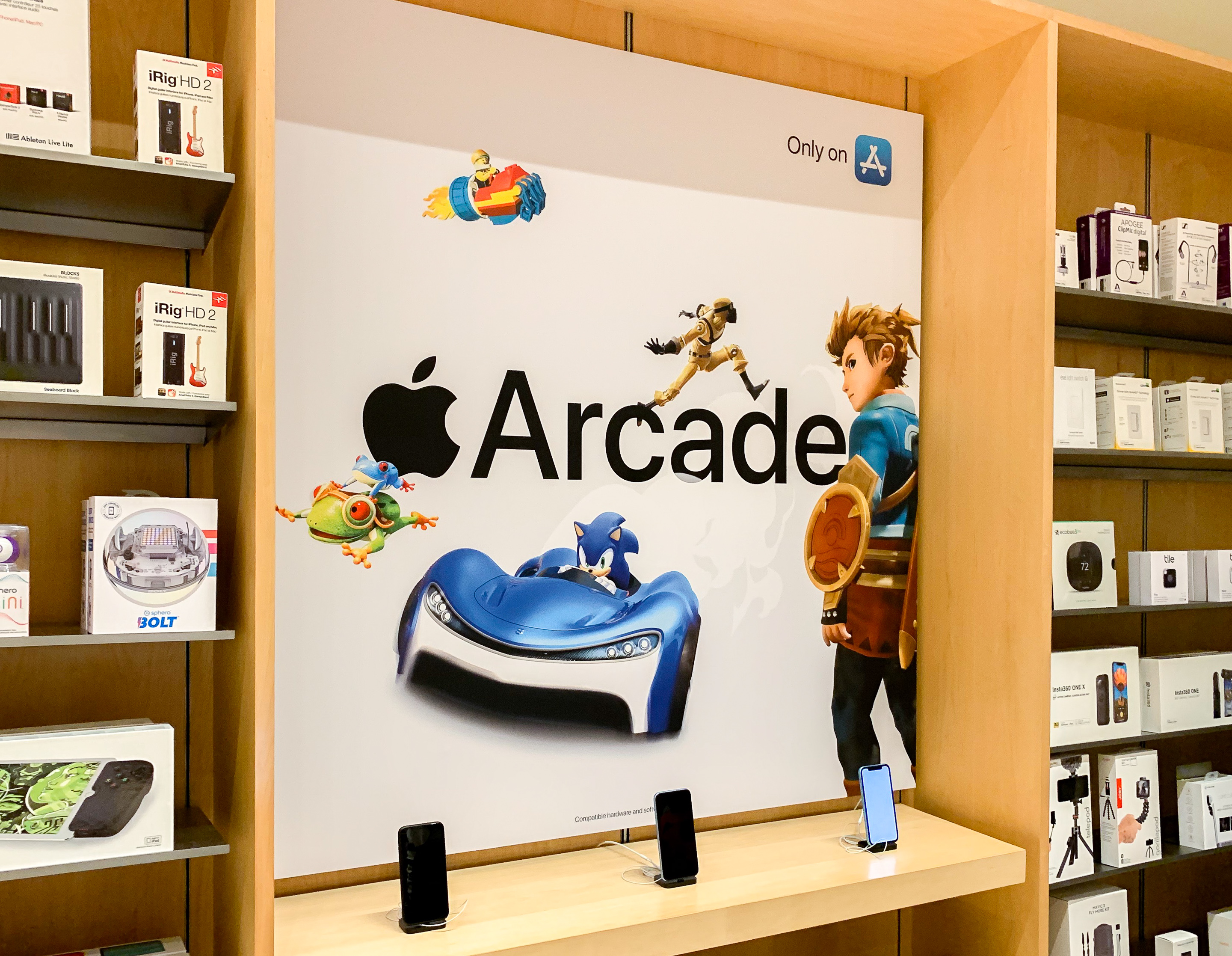 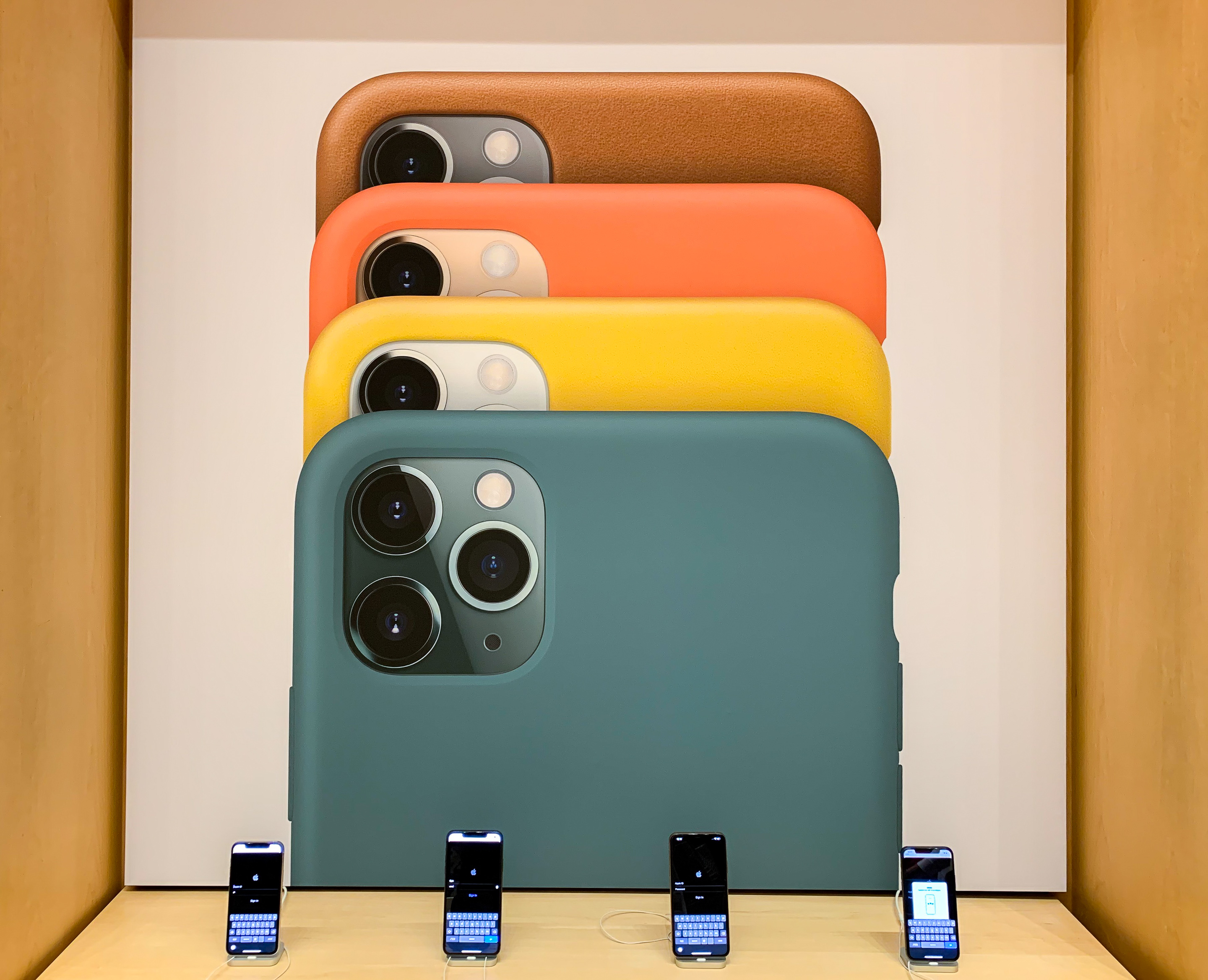 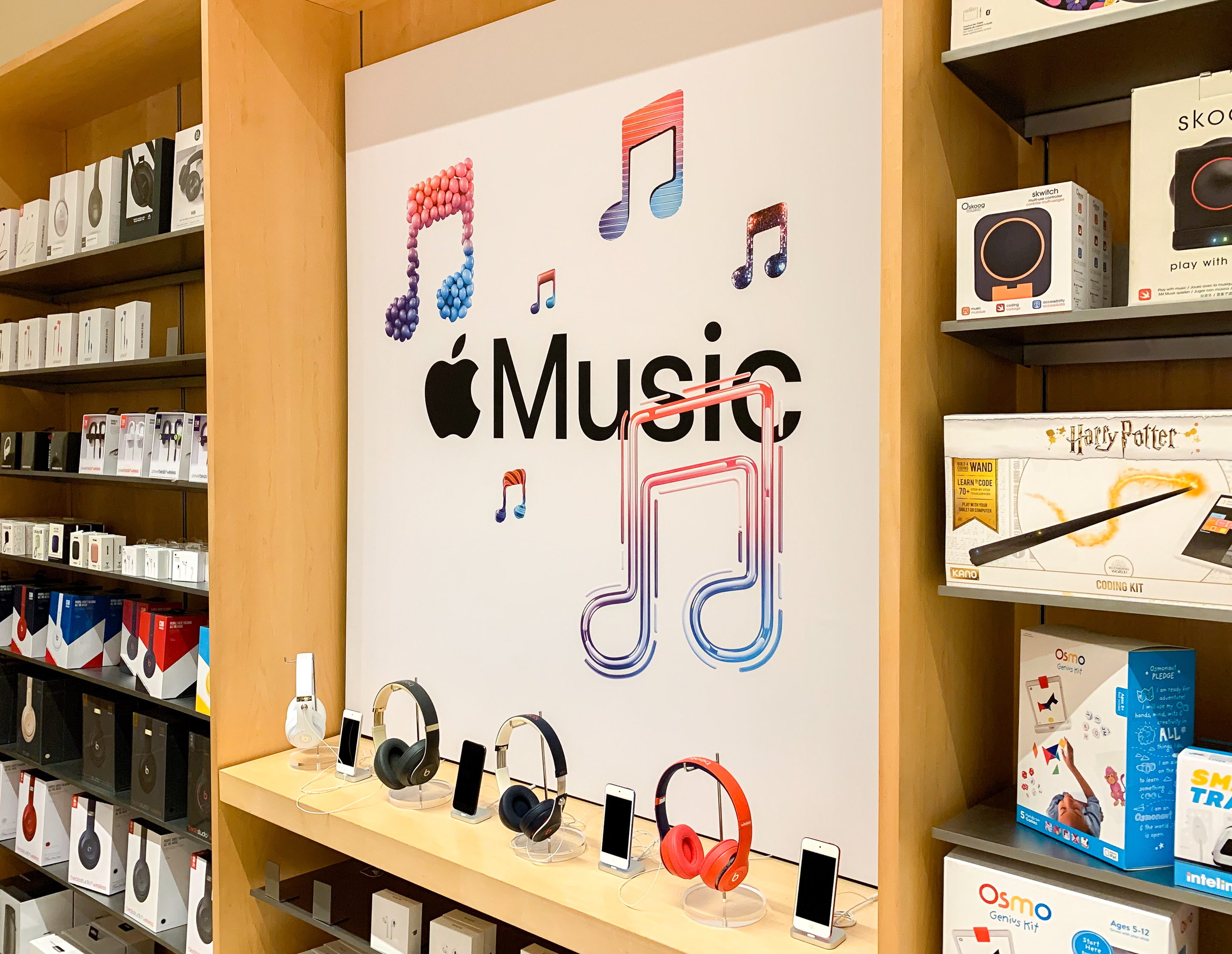 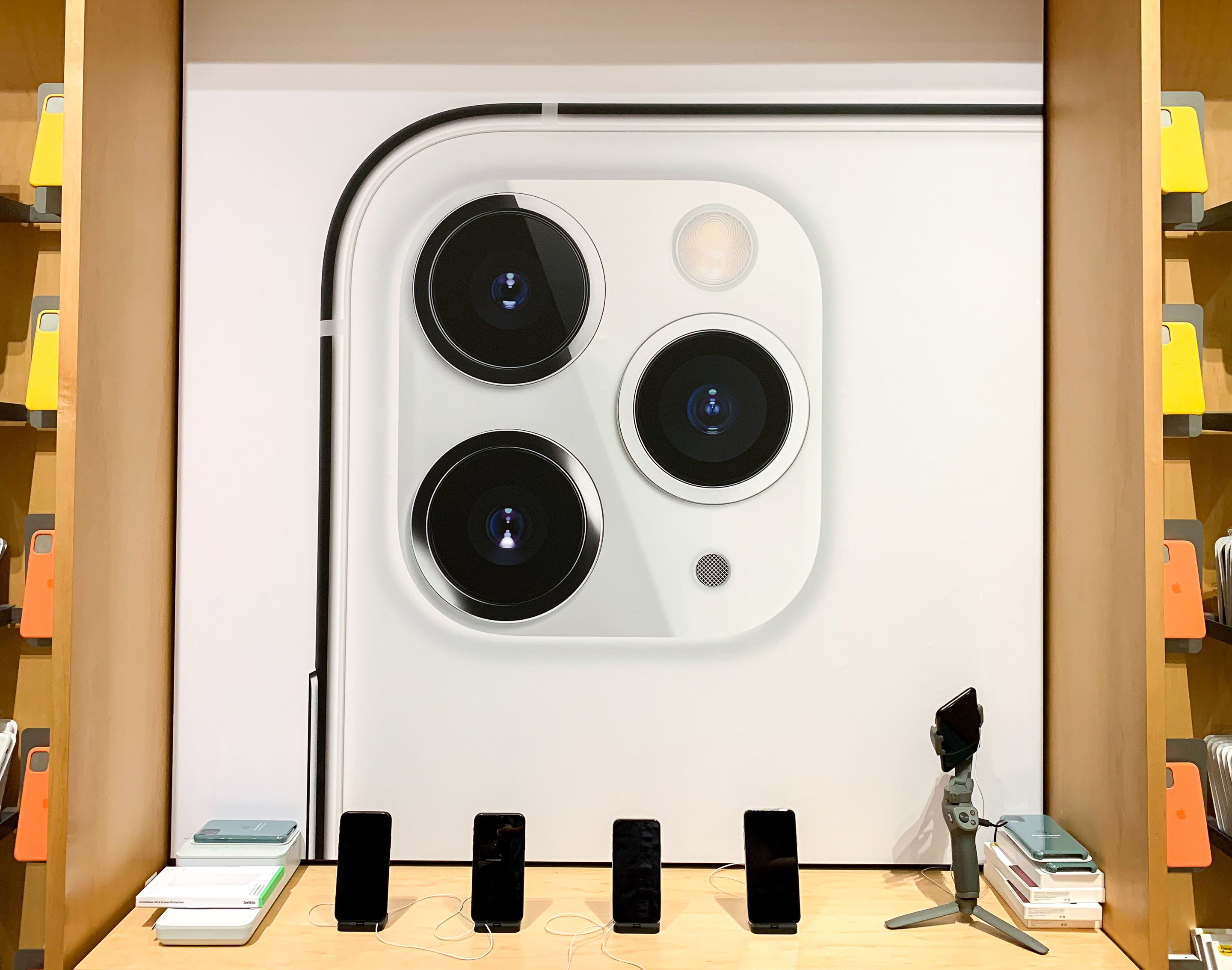 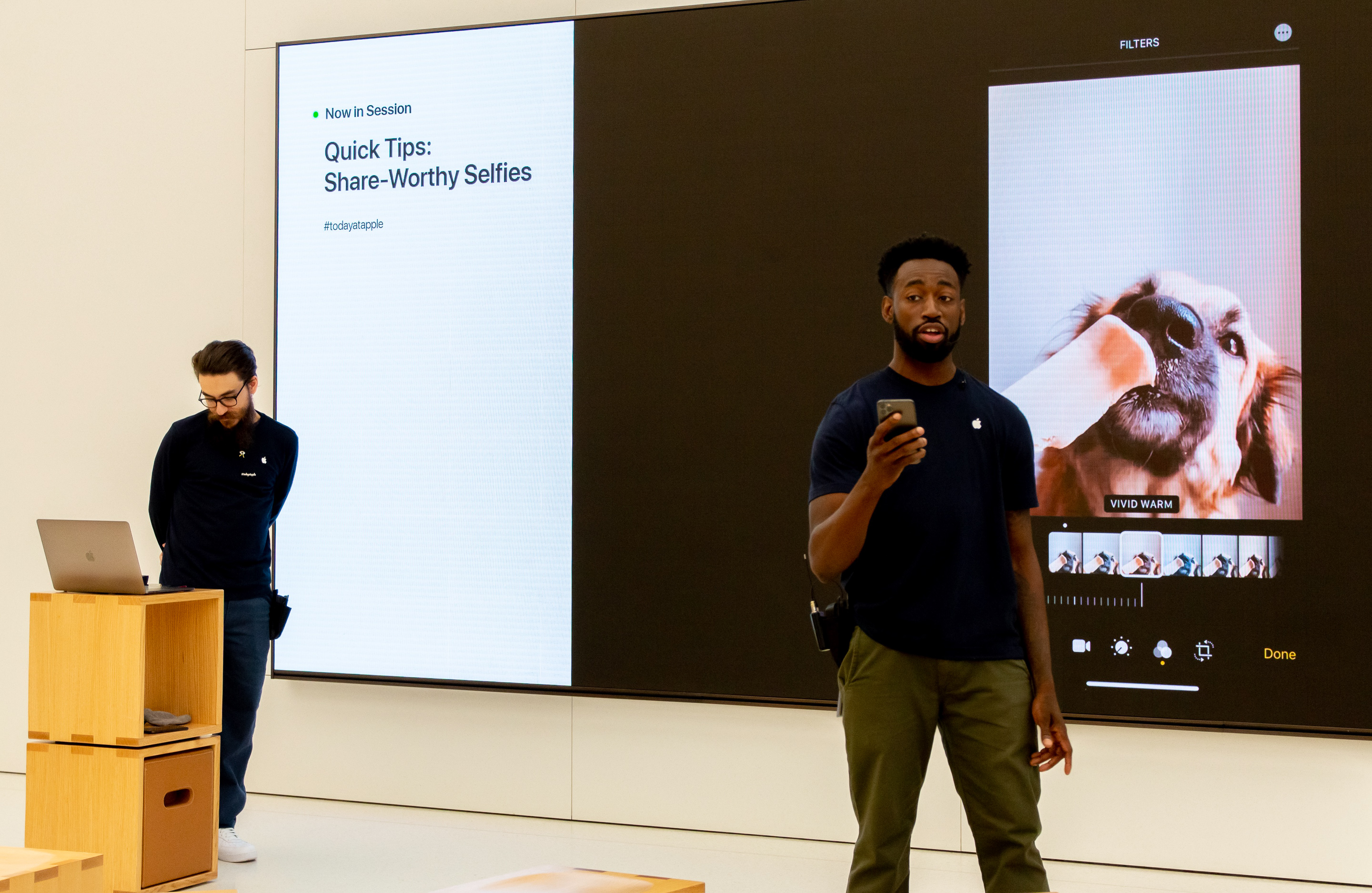 Apple is now hosting new, 15-minute Today at Apple sessions called Quick Tips. These sessions get customers up to speed on new iPhone features and offer a low barrier-to-entry way of passing the time while waiting for a service appointment. 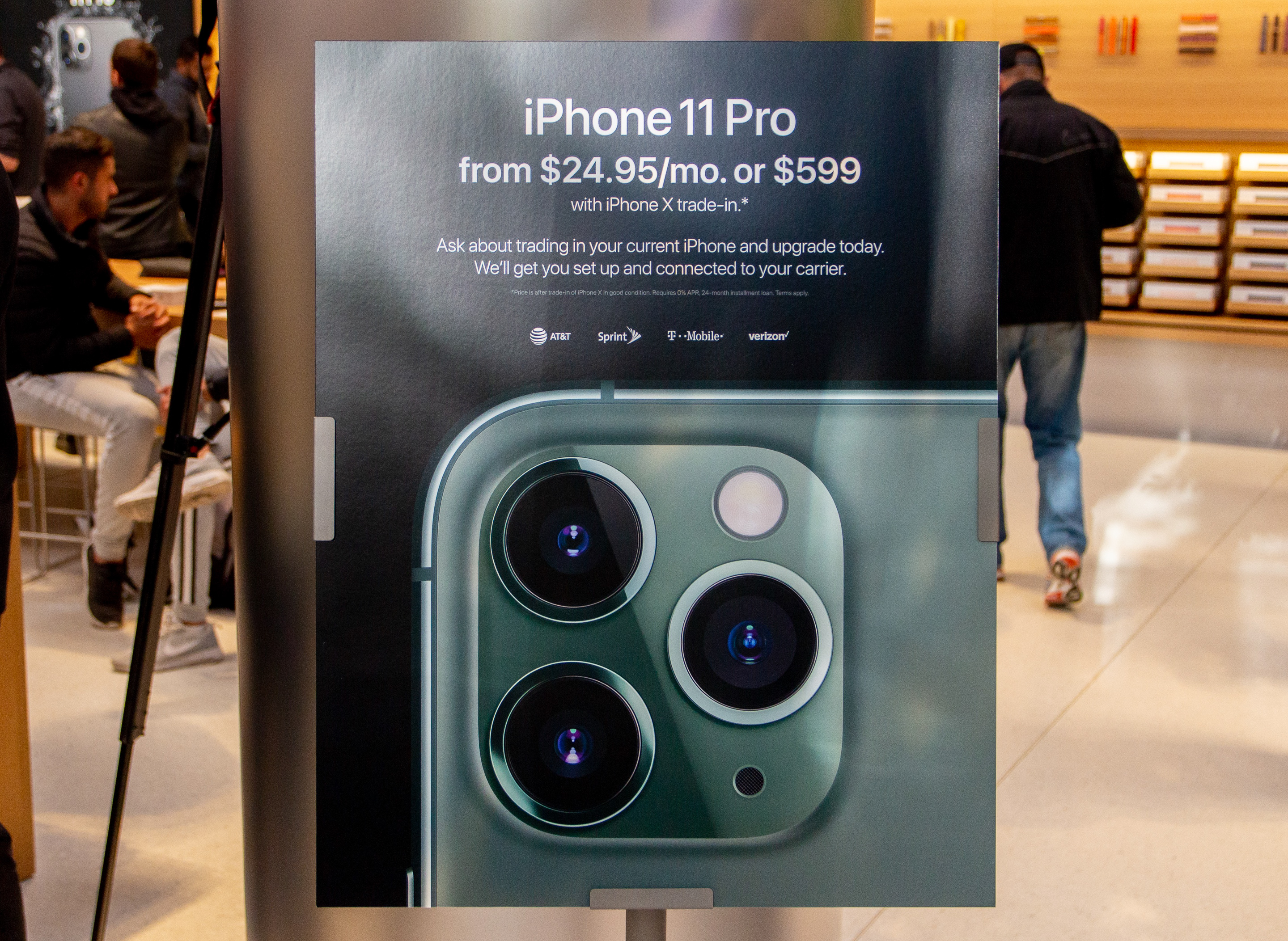 Advertising easels, now a permanent fixture in every store after being reintroduced last year, now promote the iPhone 11 and 11 Pro. A fun screensaver with animated Apple logos loops on every main demo device. 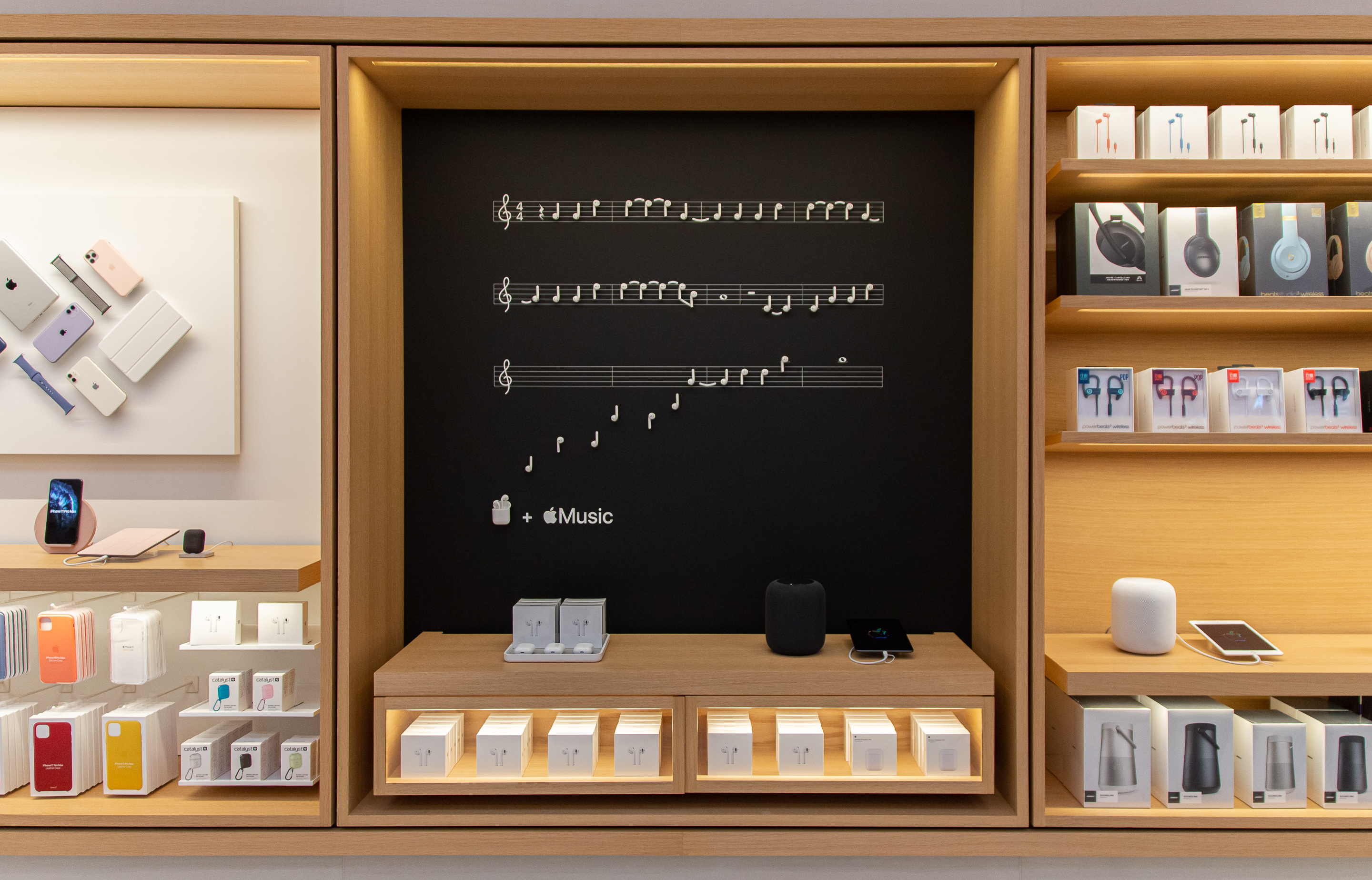 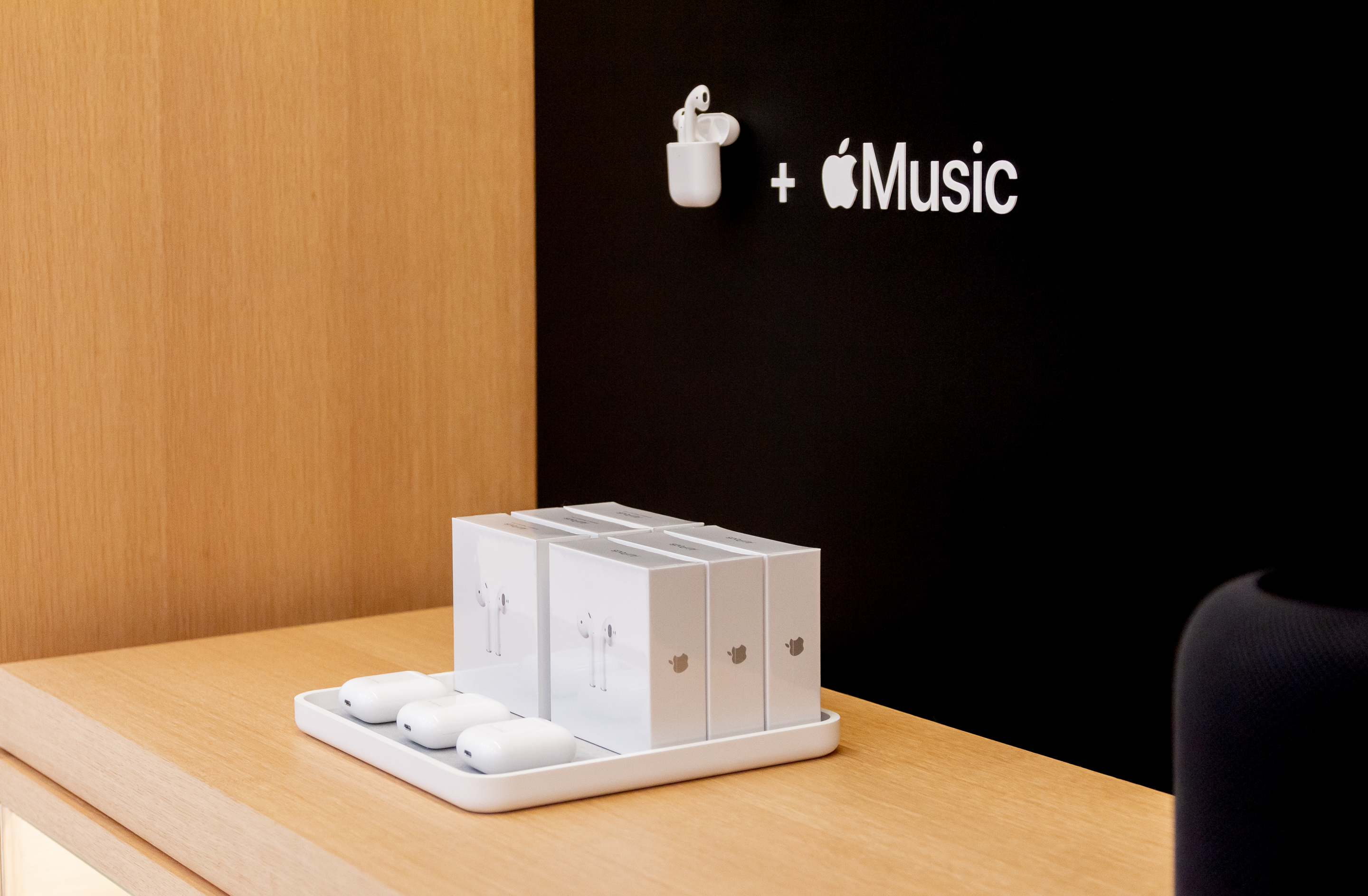 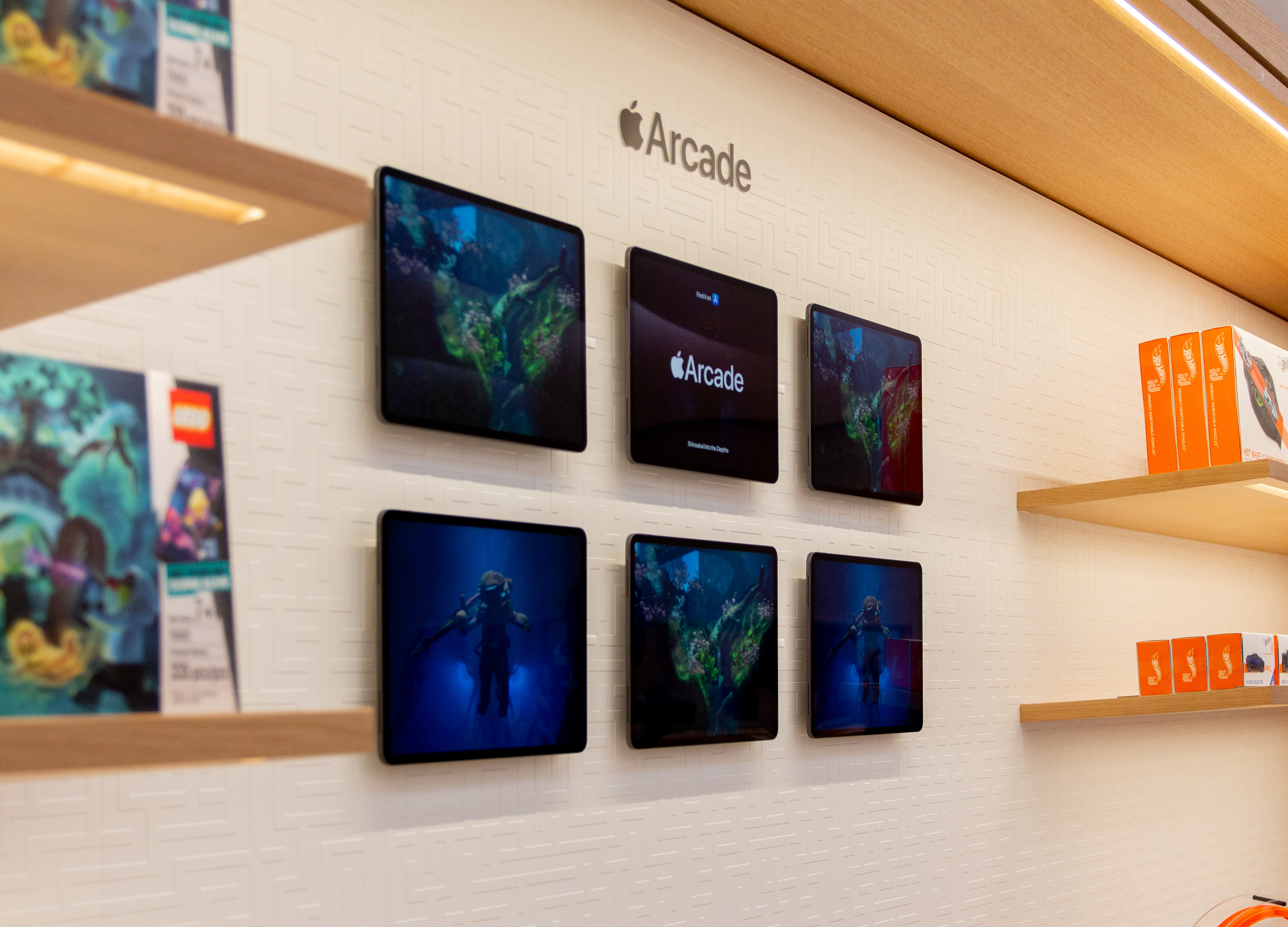 The Gaming Avenue at Apple Fifth Avenue has its own Apple Arcade branding. 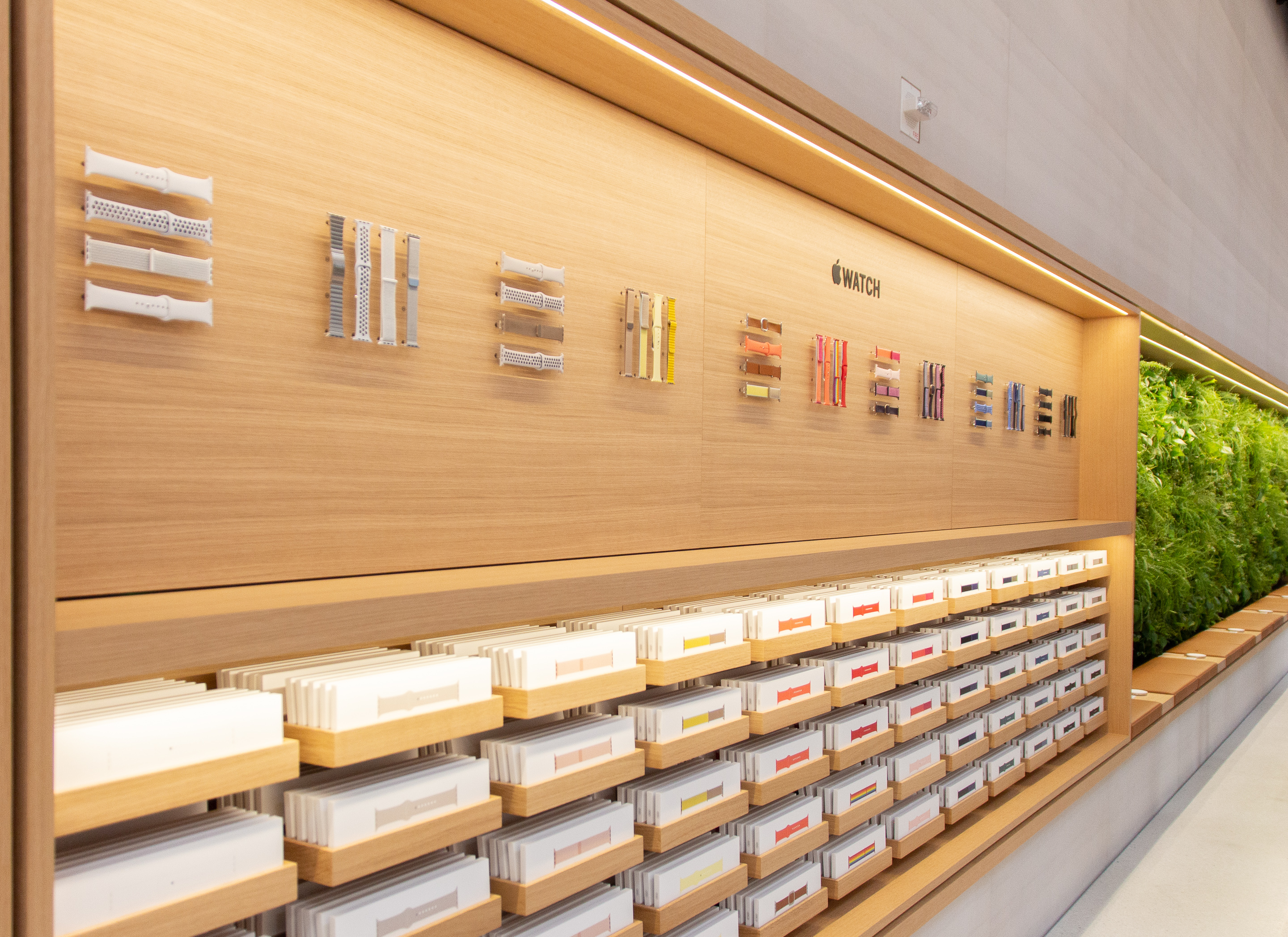 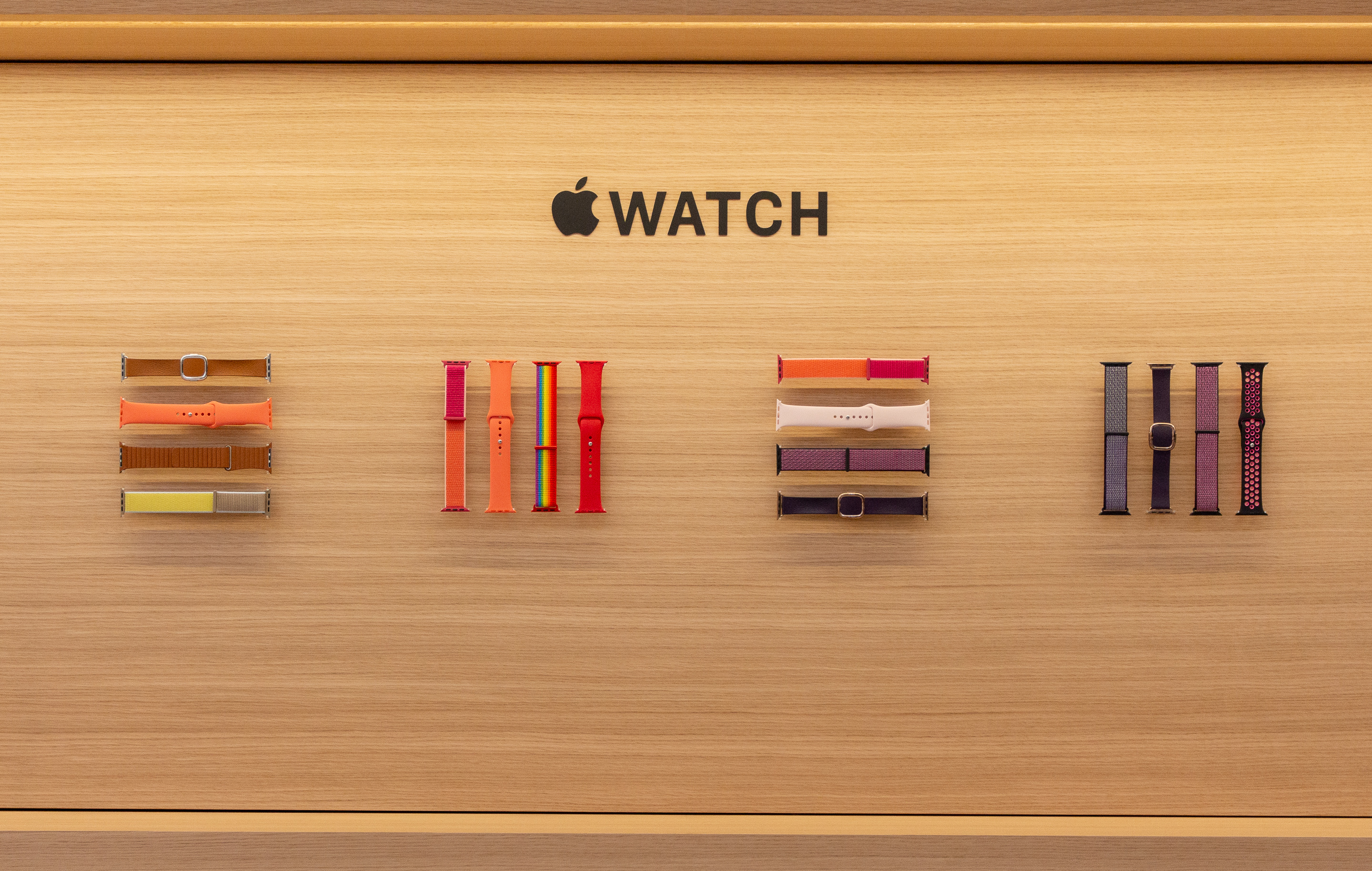 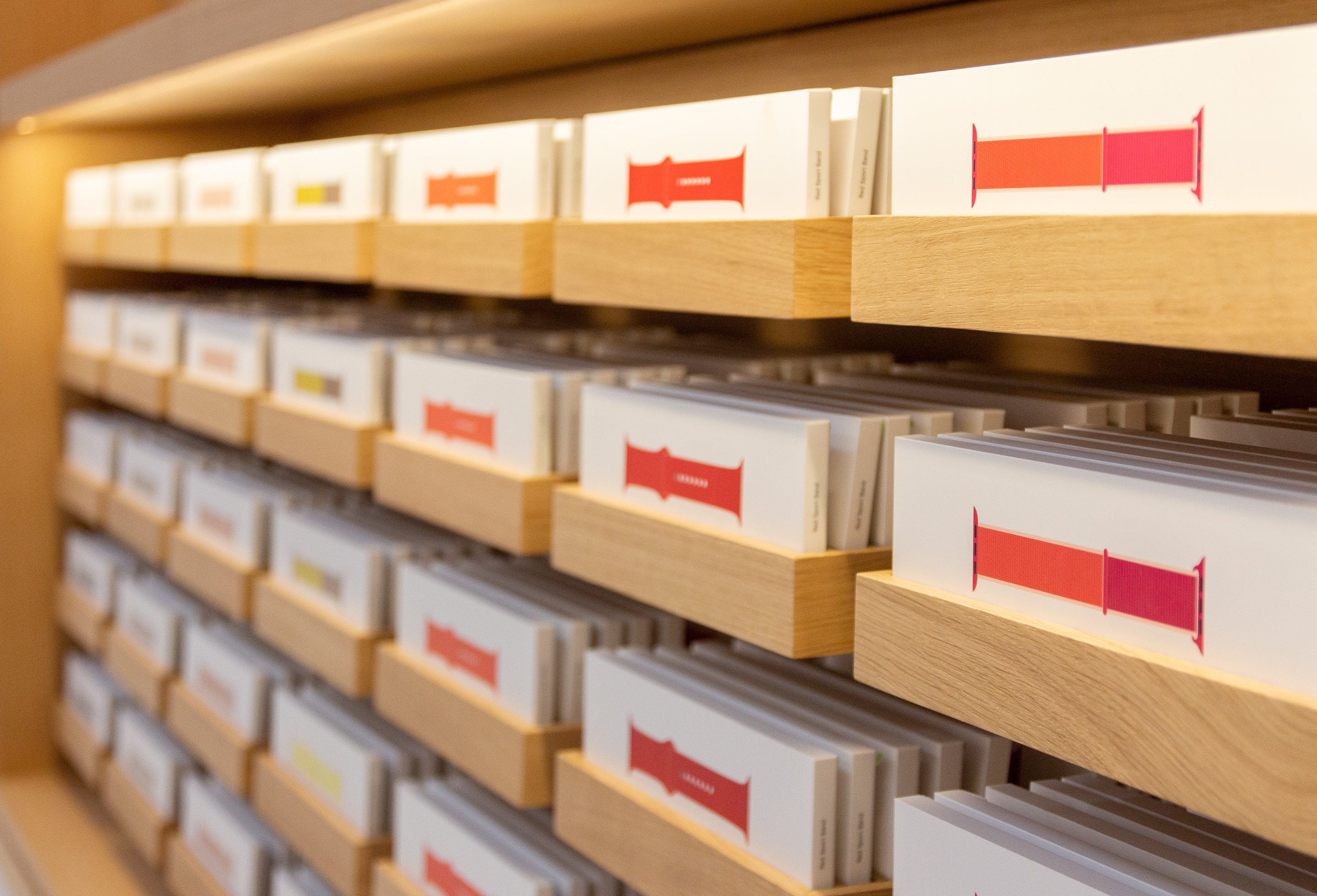 Apple Fifth Avenue’s Watch band Avenue has a unique design with wooden drawers. Instead of a horizontal graphic panel, groups of four coordinating bands are placed in a square.