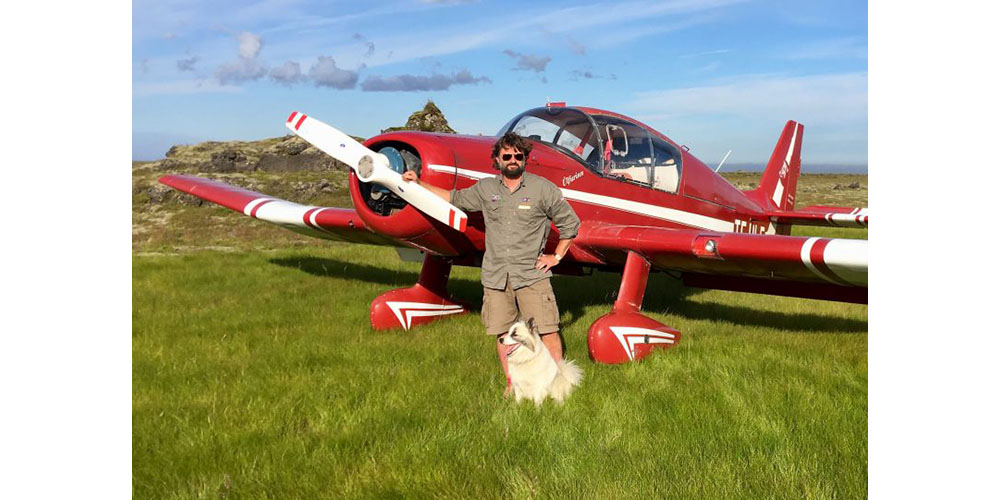 Last year, photographer Haukur Snorrason was on an aerial photo tour of the Skaftá river in South Iceland to grab pictures of the yearly glacier river floods. Unfortunately, when he grabbed his iPhone to film the flood, the phone got swept away by a gust of wind. Falling 60 meters (200 feet) down on rocky terrain — where a massive river was overflowing and rupturing roads — the time came for Haukur to say goodbye to his phone forever — or so he thought.

Or so he thought, until 13 months later, when he received a phone call from people that had found his phone while hiking. After falling from a plane, and spending over a year exposed to the harsh Icelandic elements, it still worked!

Well, less “gust of wind” than “turning the phone around so the slipstream of a fast-moving plane hit it from behind and pulled it from his hands,” but let’s not quibble over details.

Haukur thinks the phone survived the fall because it landed on moss, but a year in all weathers and temperatures that get well below freezing is impressive.

You can watch the video of the fall over at TNW.

It’s not the first iPhone to survive a fall from a plane. There was a case last year, and another where a charging case may have helped the phone remain intact after a fall of over 9,000 feet. Indeed, there’s even been a MacBook Air that fell 1,000 feet from a plane and lived to tell the tale.