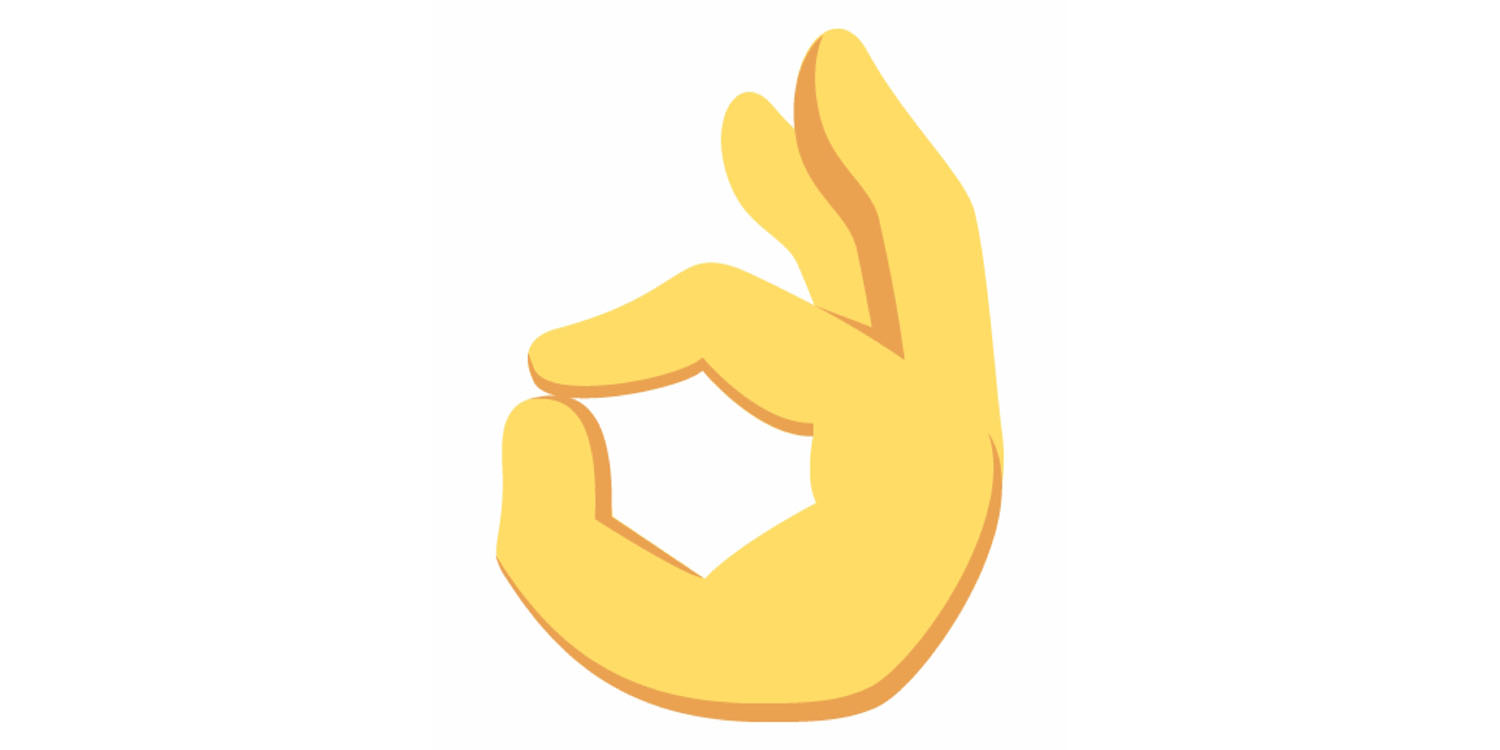 The hand gesture of index finger and thumb forming a circle, while the remaining fingers are splayed out, has long been used a positive symbol. It is typically used to signal approval – ‘Ok’ or ‘perfect.’ Scuba divers also use it to check that all is good with their dive buddy and to confirm that it is.

But, reports the BBC, US anti-hate group the Anti-Defamation League (ADL) has now added the gesture to a list of ‘hate symbols,’ alongside things like the swastika.

The finger-and-thumb gesture – which is also a popular emoji – is being used by some as a “sincere expression of white supremacy”, according to the Anti-Defamation League (ADL) […]

The Anti-Defamation League started its “Hate on Display” list in 2000 with the aim of helping people recognise signs of extremism.

It now has over 200 entries, including the swastika and Ku Klux Klan’s burning cross.

“Even as extremists continue to use symbols that may be years or decades old, they regularly create new symbols, memes and slogans to express their hateful sentiments,” said ADL boss Jonathan Greenblatt.

“We believe law enforcement and the public needs to be fully informed about the meaning of these images, which can serve as a first warning sign to the presence of haters in a community or school.”

The irony is that it all started as a prank.

The entire saga started out as an online joke – taking an innocent and widely-used gesture and pretending there was a sinister hidden meaning behind it, hoping to trick the media and left-leaning people into outrage […]

The preposterous reasoning to be given was that in a hand making the OK sign, the three straight fingers make a “W” shape, while the closed thumb and forefinger symbolise the letter “P”.

But it was white nationalists – a group not exactly noted for their intellectual prowess – who fell for it, adopting it as a ‘secret sign.’

The ADL does stress that we shouldn’t jump to conclusions when we see the OK emoji used. Most usage remains entirely innocent.

The overwhelming usage of the hand gesture today is still its traditional purpose. As a result, someone who uses the symbol cannot be assumed to be using the symbol in either a trolling or white supremacist context.