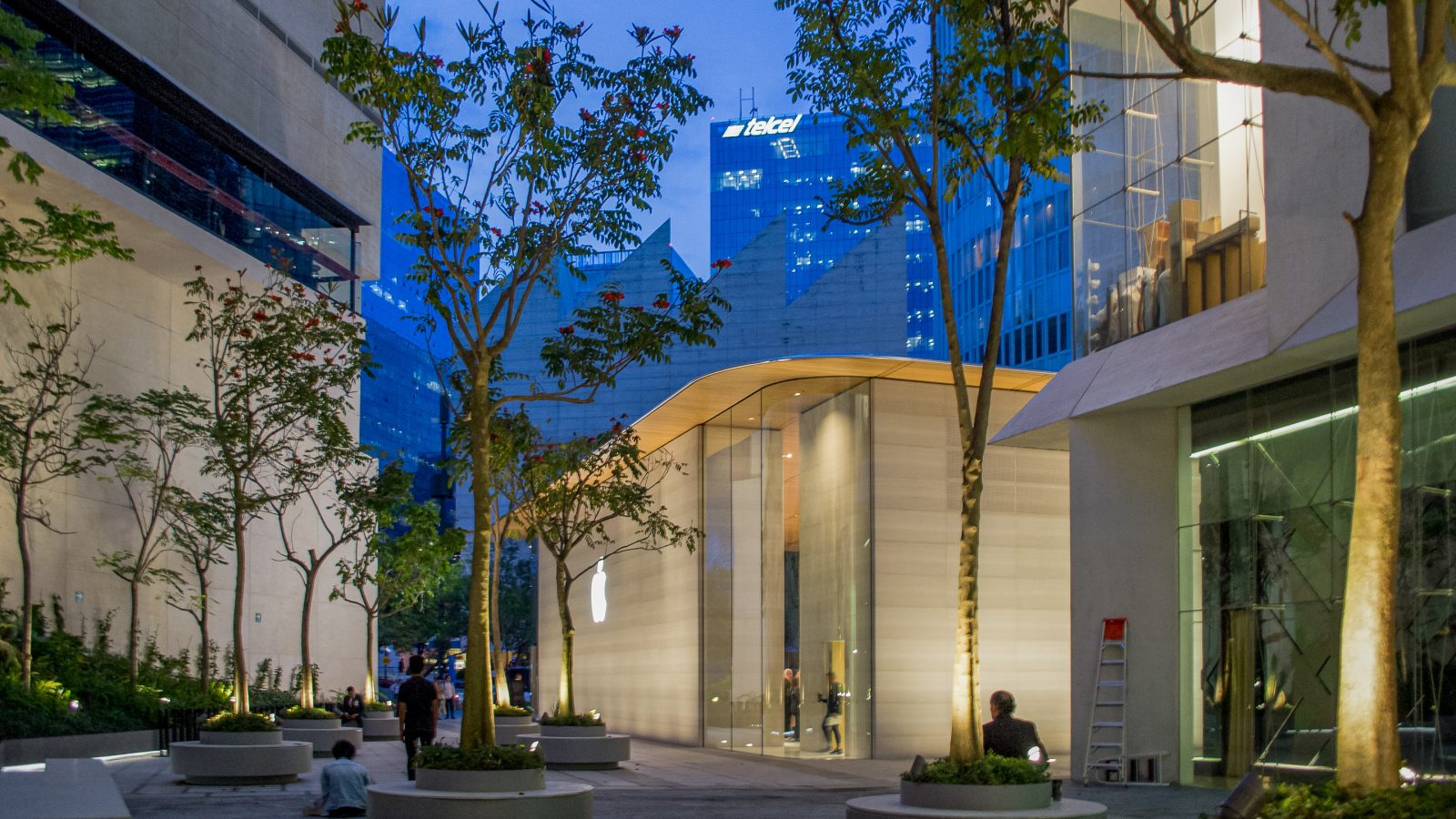 Almost exactly 2 years ago, Apple Vía Santa Fe opened in Mexico City. Apple’s plan for its first store in Mexico was ambitious, with a custom mural to welcome creativity and a private Boardroom to welcome business customers. Now, Apple is ready for something even greater. Apple Antara opened today, bringing Apple’s highest tier of retail design and the best of Today at Apple closer to the heart of Mexico City.

Apple Antara’s story is as much about what’s outside the store as what’s inside. Trees, stone benches, a reflecting pool, flowers, and other tropical plants are scattered around the plaza in a pattern that appears organic but is carefully organized. To the right of the store’s entrance, more trees are wrapped by stone planters doubling as additional seating. The surroundings resemble an urban park on the edge of Antara Fashion Hall.

Like a park shelter, the store is open to its surroundings. 23-foot glass doors slide away to dissolve the entrance. Apple’s pavilion design allows the store to blend with downtown’s museums and Polanco’s city life in a way that an interior mall location like Vía Santa Fe simply cannot. 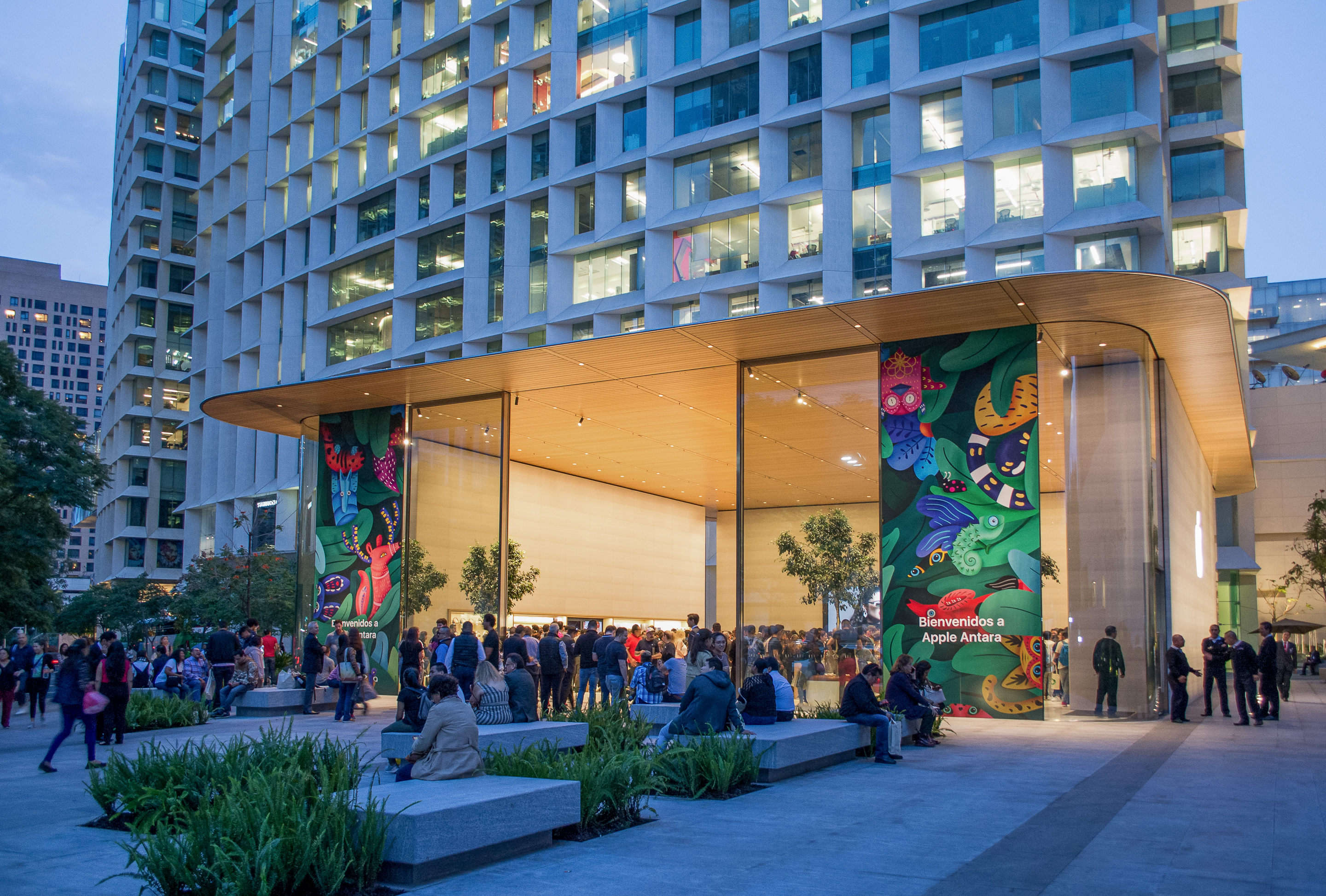 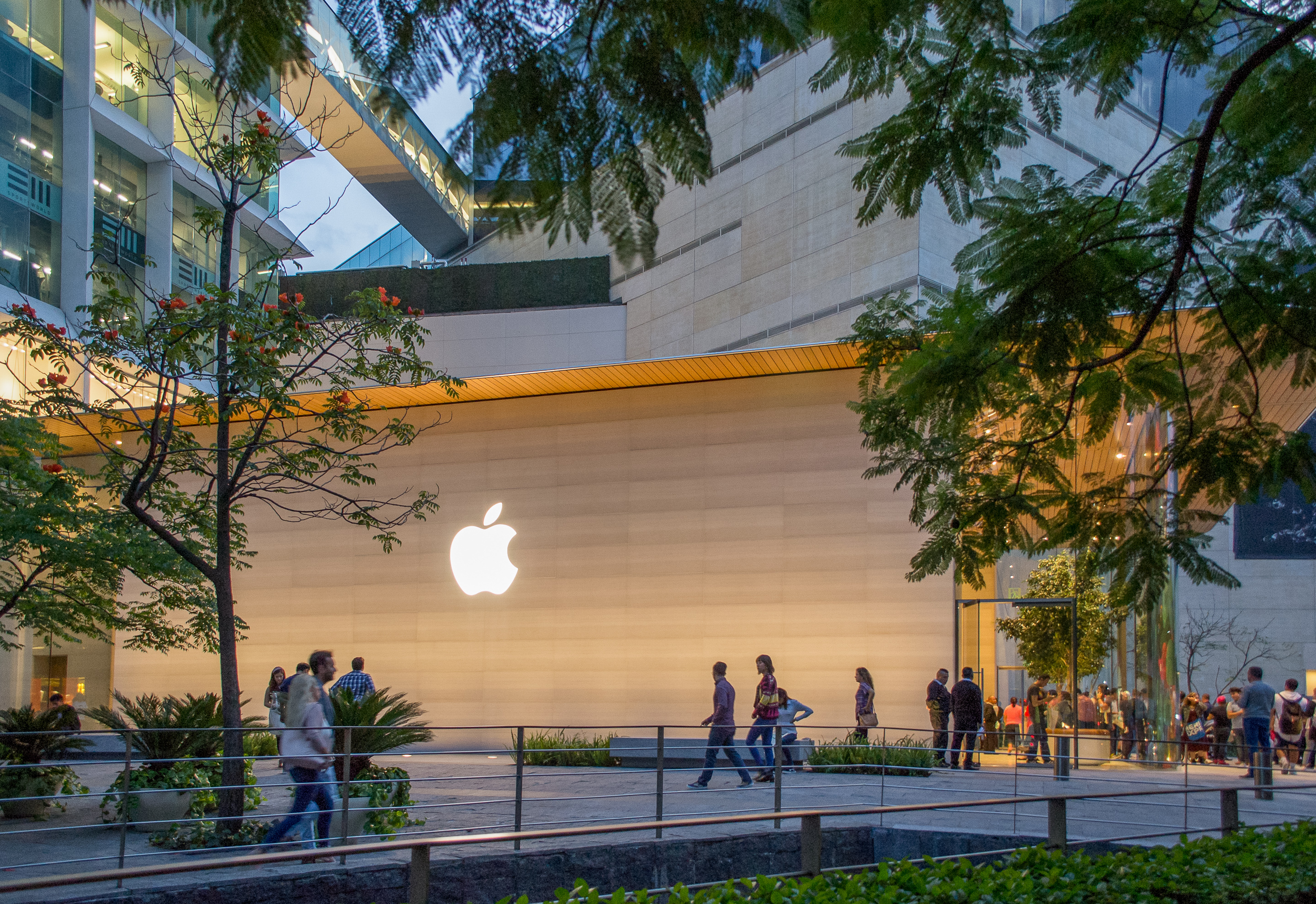 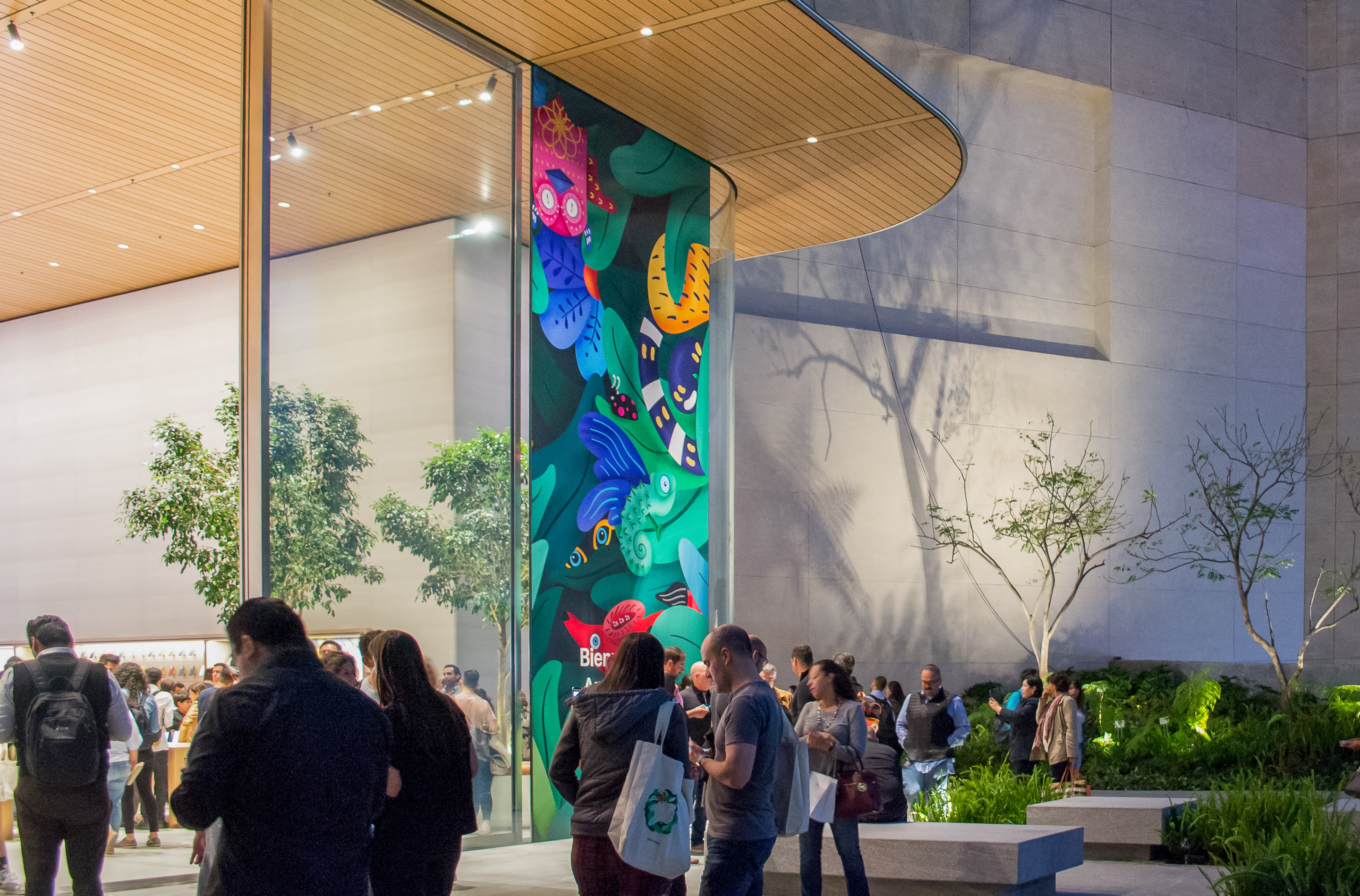 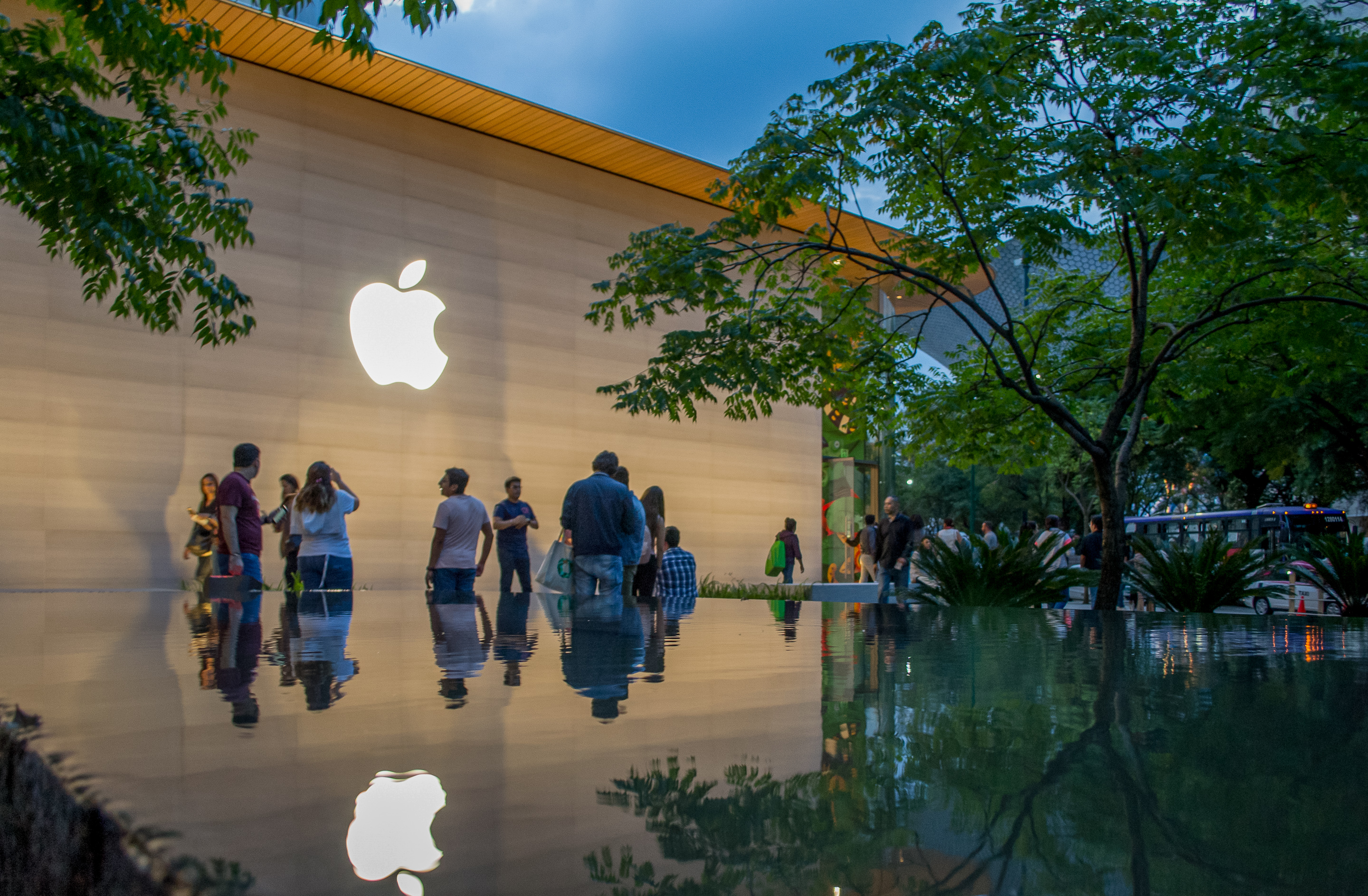 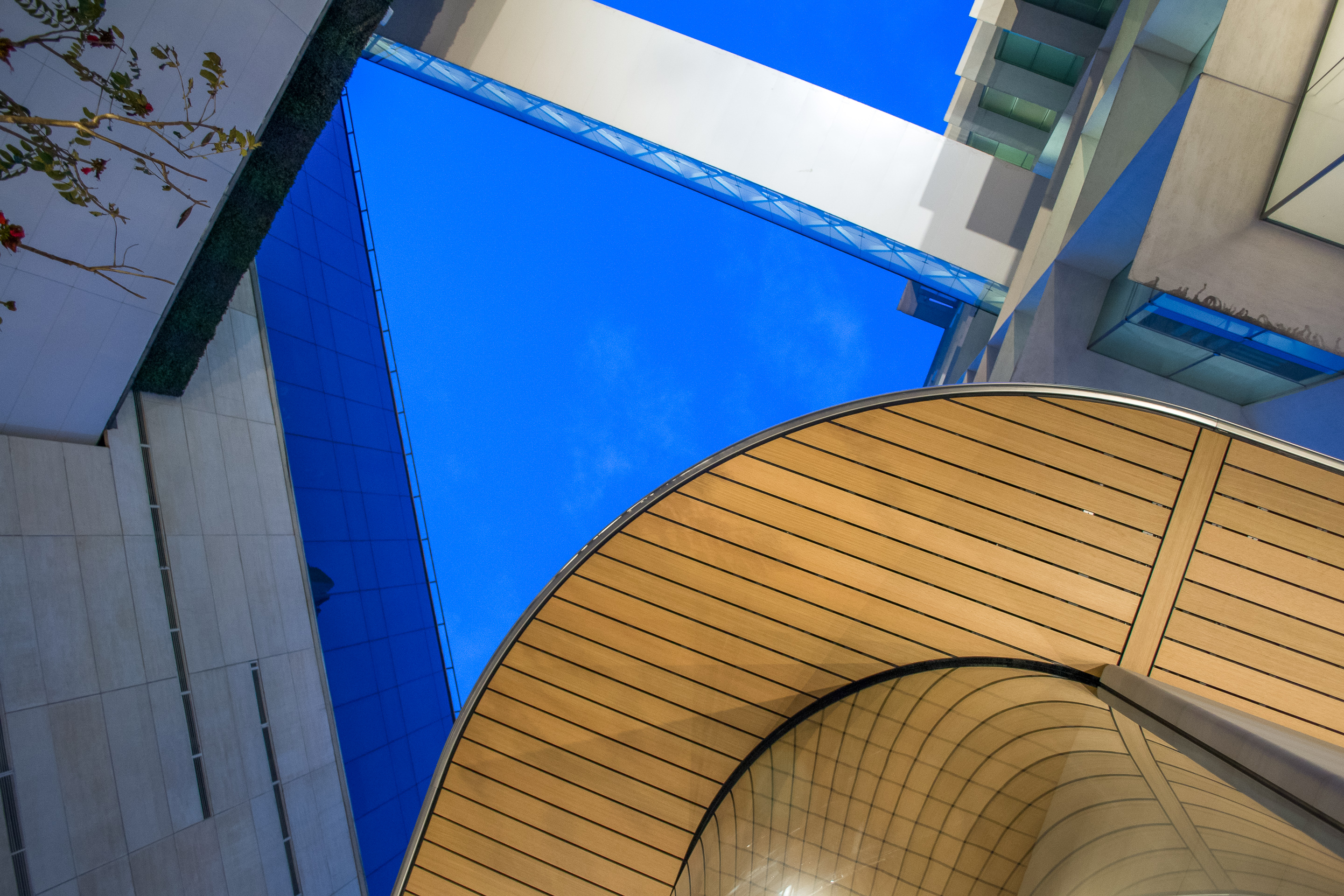 If you live in the U.S., you might be familiar with the materials and design elements combined to create Apple Antara. But for Mexico, the experience is entirely new. Apple’s most significant stores reference its hometown style guide to drop little previews of Apple Park all across the world. We profiled more of the store’s design details in an earlier article. 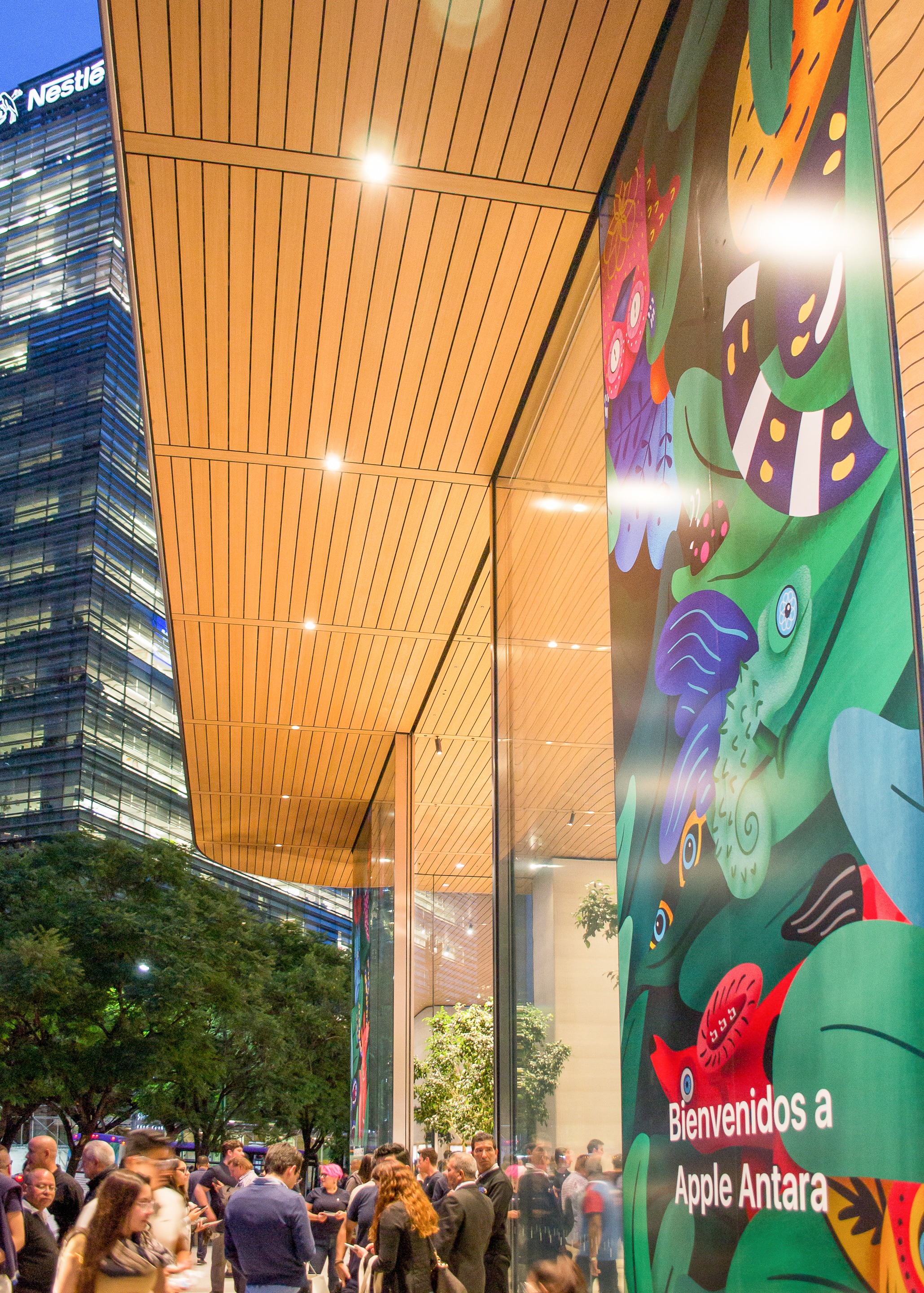 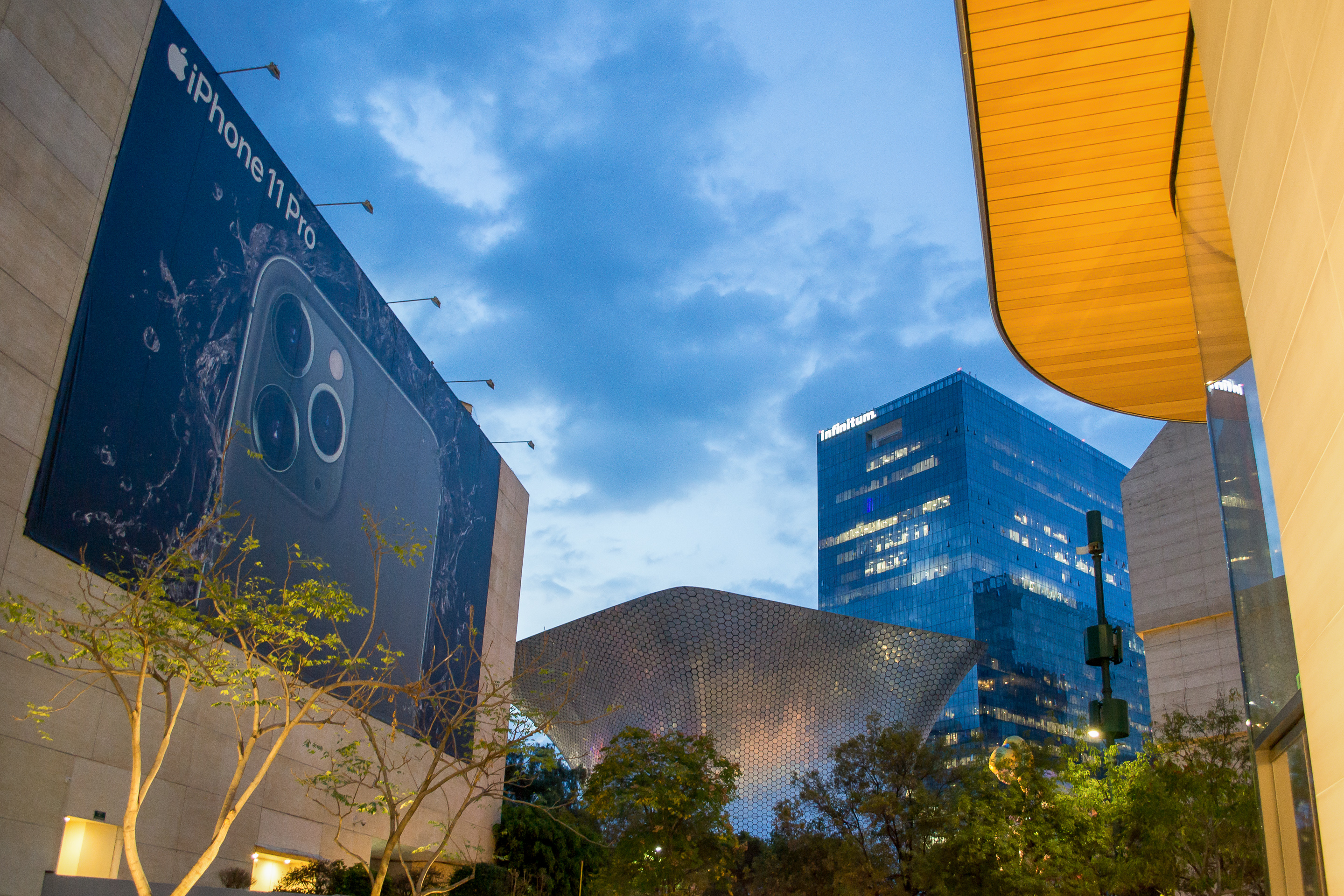 Inside, Apple Antara is still very much an Apple Store, with the latest Avenue displays for iPhone 11 and a video wall and Forum for Today at Apple sessions as you’d expect. Concealed within the stone wall behind the Forum is a staircase leading down to Mexico’s second Boardroom. 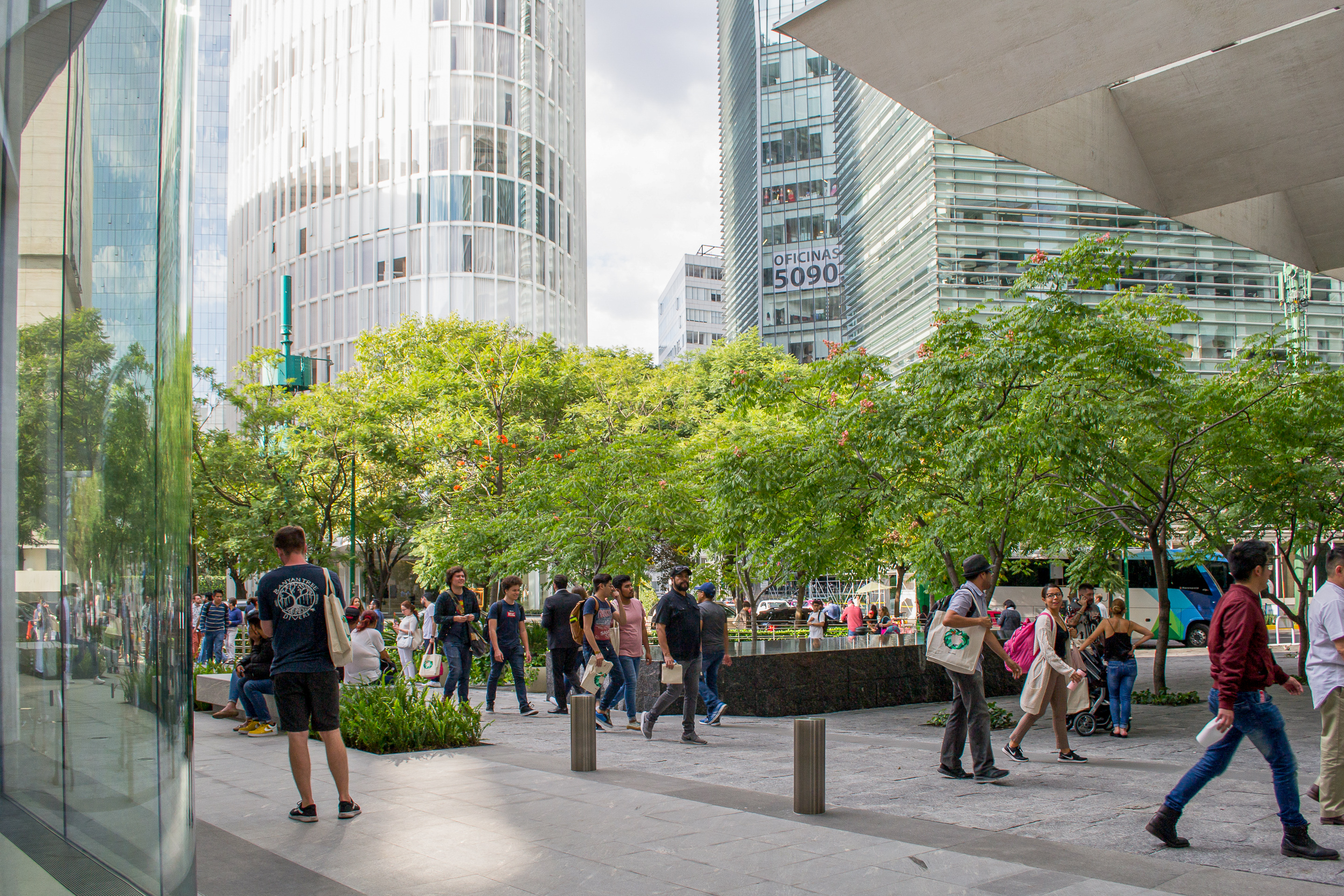 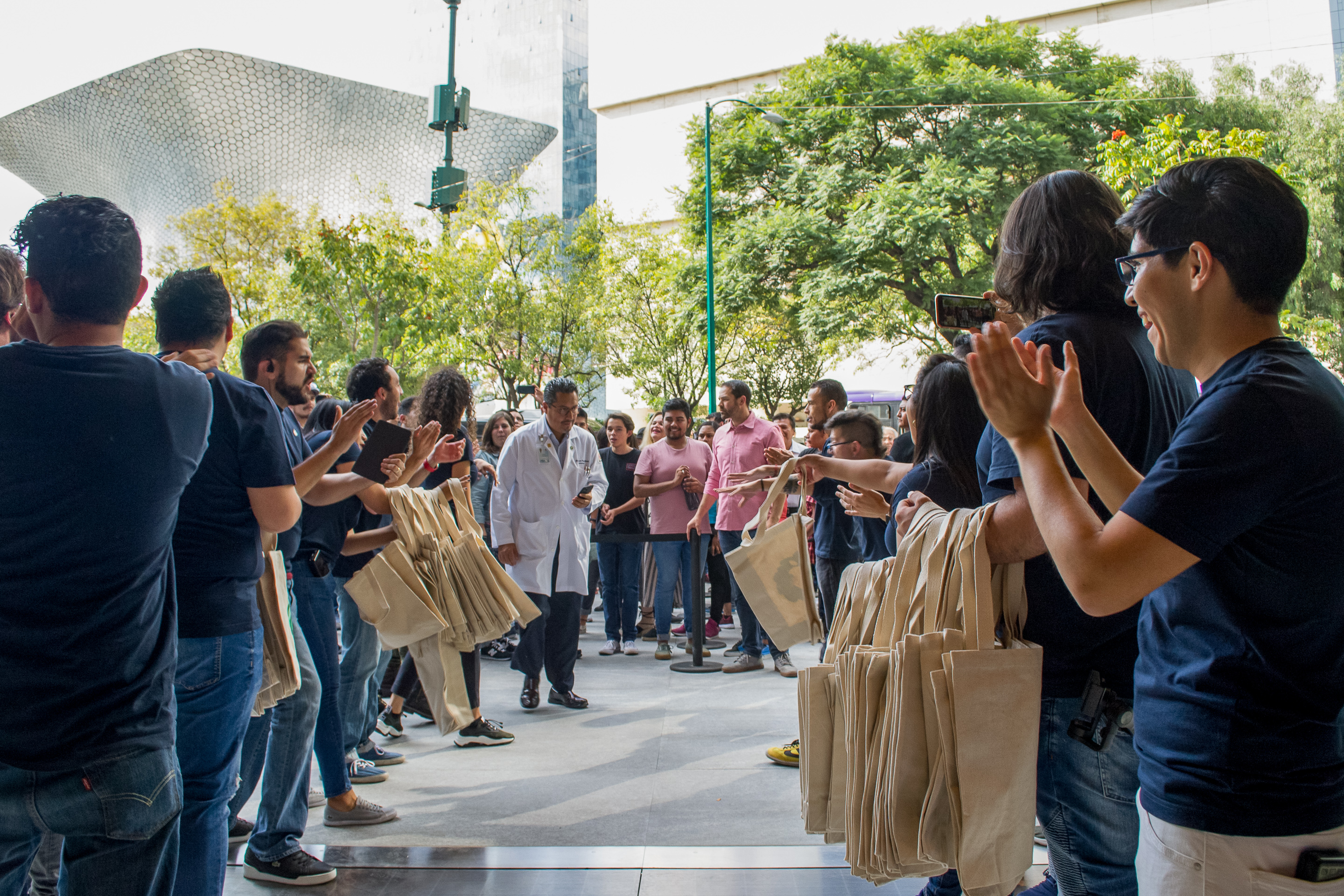 Apple Antara kicks off a series of five store projects being unveiled this weekend. Apple Fukuoka, Shanghai iapm, Columbia, and Old Orchard all reopen in new or remodeled spaces on September 28.