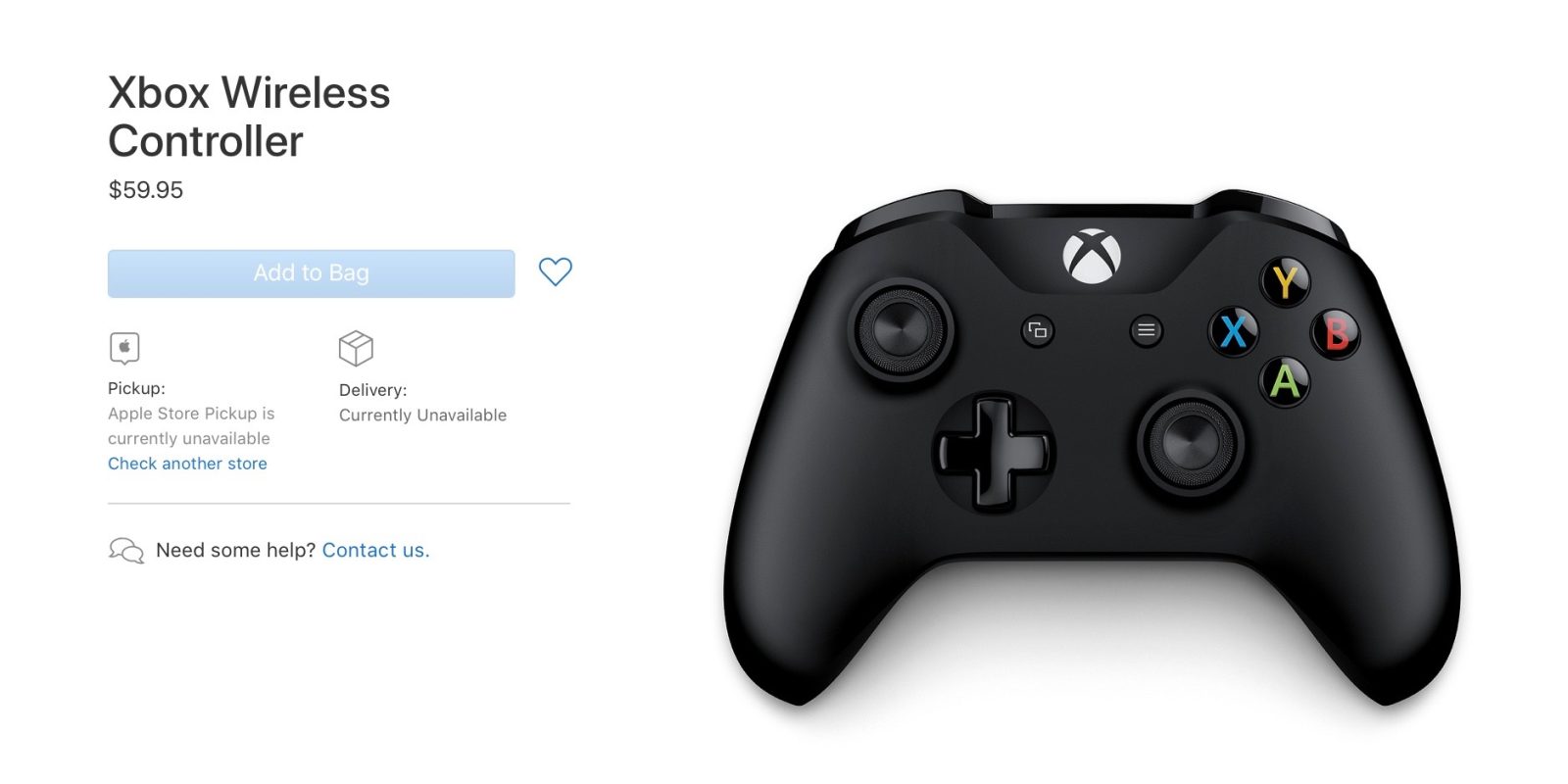 With all of its latest OS updates shipped, Apple Arcade is now available on iPhone, iPad, iPod touch, Apple TV, and Mac and a new feature for the company’s hardware is support for Xbox and PS4 wireless controllers. Now Apple is selling the Xbox Wireless Controller on its online store with in-store availability starting from October 11.

iOS 13, iPadOS 13, tvOS 13, and macOS Catalina offer users the ability to use an Xbox Wireless or PS4 DualShock wireless controller for an improved gaming experience. Apple users have long been able to use third-party game controllers like those from SteelSeries and more but this fall is the first time that it’s possible to use controllers from two of the most popular consoles.

A dedicated game controller can really enhance the experience for the console/PC-style titles and Apple is taking its gaming focus seriously with Apple Arcade as it has just listed the Xbox Wireless Controller on its online store.

Experience the enhanced comfort and feel of the new Xbox Wireless Controller, featuring a sleek, streamlined design and textured grip. Its Bluetooth connectivity lets you play your favorite games on an iPhone, iPad, and Apple TV. The controller also offers up to twice the wireless range and the convenience of a 3.5mm stereo headset jack for connecting any compatible headset.

Buying the Xbox controller from Apple comes at a price with the same going for around $20 less on Amazon at the time of writing. But the move is a signal that Apple is committed to building its Apple Arcade into a successful new service. And when Apple (likely) starts stocking Xbox and potentially PS4 controllers on its retail store shelves that will certainly help drive customer awareness and could prompt impulse purchases, especially as we head into the holidays.