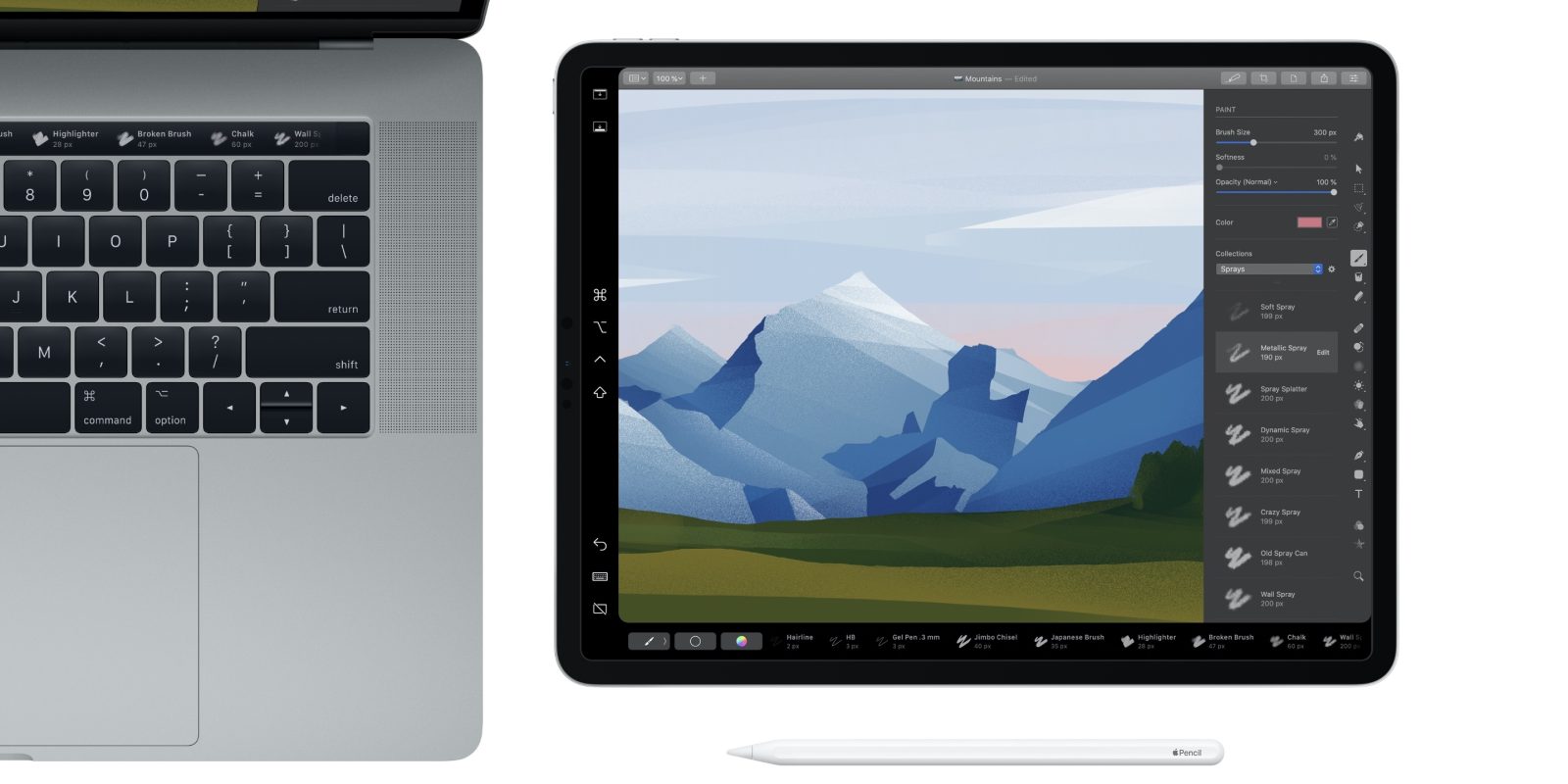 Pixelmator Pro is also now ready to take advantage of the power of the new Mac Pro and enables new RAW workflows designed with the Pro Display XDR in mind. There’s also a new machine-learning powered denoise adjustment and performance improvements across the board.

Without app developers doing anything at all, macOS Sidecar will let users move apps over to an iPad screen to act as a wireless external display. However, apps can also take advantage of the full power of Sidecar. The new Pixelmator Pro update demonstrates this.

When using Sidecar with Pixelmator Pro, you can draw on the app using the Apple Pencil, and all the precise Pencil events will be interpreted by the Mac, as if Pixelmator Pro was running natively on the iPad. This includes pressure sensitivity, tilt, and Pixelmator Pro can even respond to the second-generation Apple Pencil’s double-tap gesture.

The Pixelmator Pro Touch Bar is also available on the iPad itself through Sidecar, even if your Mac doesn’t have a Touch Bar of its own.

For the new Mac Pro, Pixelmator Pro is set up to take advantage of multiple GPU configurations due to its Metal rendering engine. A dual-GPU Mac Pro can be up to 2.5x faster than a comparative single-GPU iMac Pro, according to Pixelmator’s benchmarks.

Pixelmator Pro 1.5 also incorporates sweeping performance improvements that can benefit all users of the app, regardless of their model of Mac. The rendering pipeline is now asynchronous, which dramatically improves responsiveness when scrolling and zooming around the canvas. You should also be able to notice significant speedups when applying effects or using painting tools.

Pixelmator Pro is available exclusively in the Mac App Store.