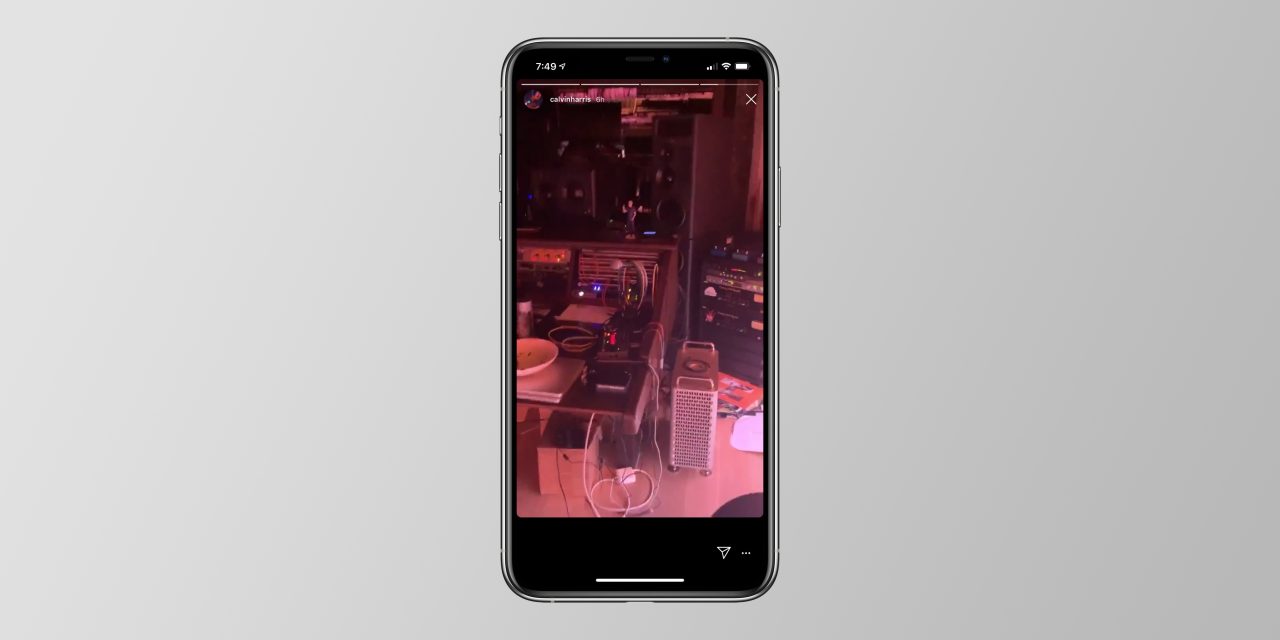 The Mac Pro release is growing more imminent day-by-day, with Apple teasing a “fall” release timeframe. Now, the Mac Pro has made an early appearance in the wild, courtesy of DJ and producer Calvin Harris.

Harris took to Instagram overnight to post a series of videos to his stories, seemingly designed to share a sneak peak at a new song. In the videos, however, we get a look a closer look at the new Mac Pro in the real world.

The Mac Pro seen in Calvin Harris’ Instagram story is sitting on the floor next to his desk. It appears he wasn’t lucky enough to receive a version with wheels. Those wheels will be optional when the Mac Pro is released, coming at an added cost.

It’s likely that Apple shared the new Mac Pro with creative professionals sometime recently, giving them a chance to try the new machine before its public release.

The new Mac Pro will start from $5999 with an 8-core Intel Xeon processor, 256 GB SSD, 32GB of RAM, and more. The new chassis will allow for the machine to be incredibly powerful for build-to-order configurations, featuring up to a 28-core CPU, 4 GPUs and 1.5 TB of RAM.

In conjunction with the Mac Pro, Apple also announced the $6,000 Pro Display XDR – which we expect to be released at the same time.

The Mac Pro recently gained FCC approval, suggesting that its release is imminent. Apple has teased a ‘fall” release, so it has just over a month and a half to meet that goal.