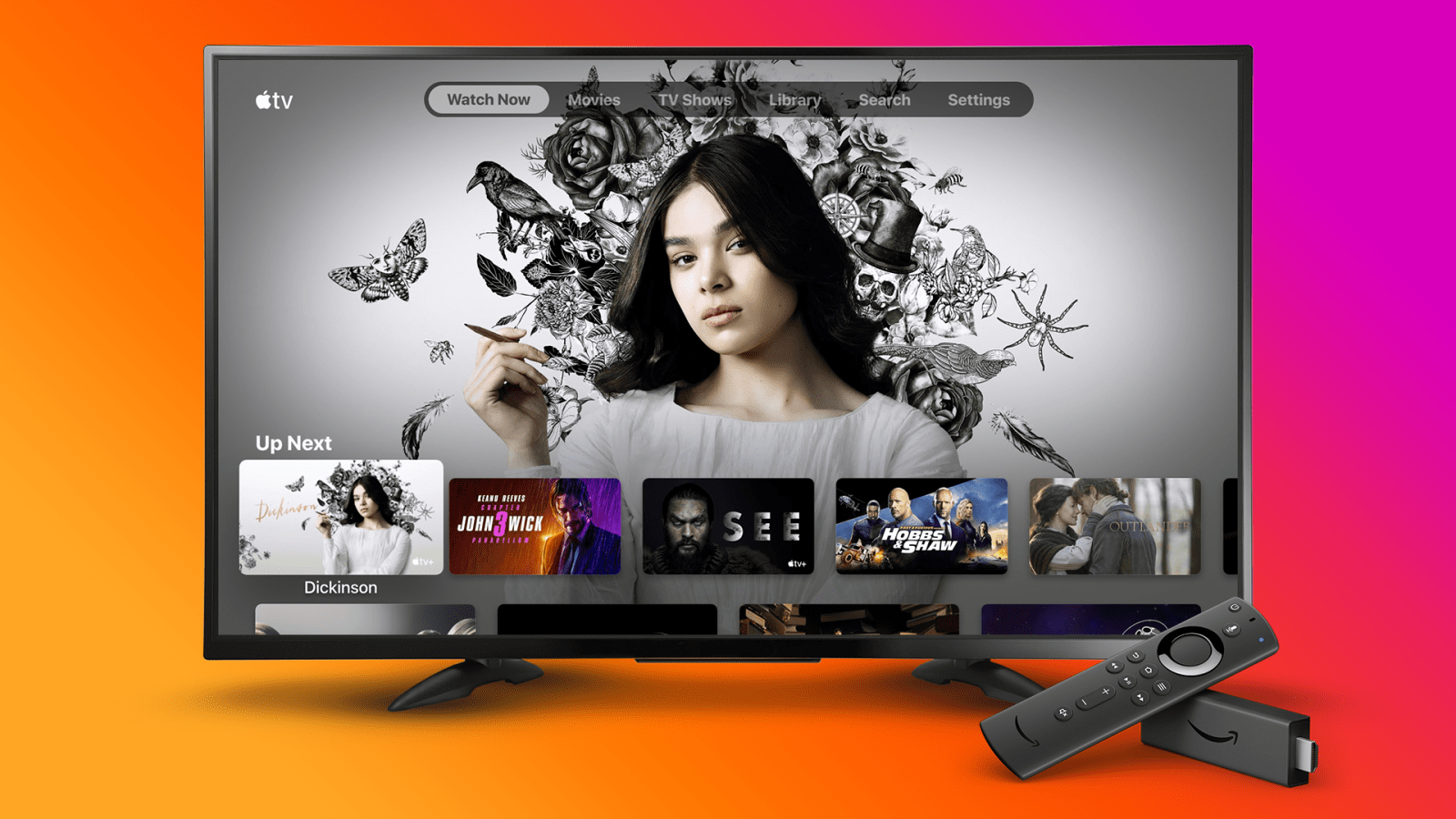 Apple is keen to get the TV app in front of as many eyeballs as possible with opportunities to sell customers on recurring subscriptions, whether that is through reselling channels like HBO, Showtime and Starz or attracting subscribers to its collection of original content TV shows and movies through Apple TV+.

To get the app on the Fire Stick, search for “Apple TV” in the app store or use Alexa and ask “Alexa, find the Apple TV app”. You can also use Alexa to find TV+ shows directly, like by saying “Alexa, find The Morning Show”.

You cannot pay through the Amazon Fire TV itself. Instead, the TV app will prompt you to log into an Apple ID and offer any content that you have bought on that account from your other devices. As always, Apple TV Channels and Apple TV+ support up to 4K HDR playback quality with a single subscription shared amongst six people through Family Sharing.

TV Provider functionality is exclusive to iOS and tvOS and not available on Amazon Fire TV or Roku. Also note that the Amazon Fire TV app does not support Dolby Vision or Dolby Atmos at this time. All that and more explained here.

Apple TV+ will be available on November 1st with a small lineup of premium content, with Apple promising to add new originals every month. If you bought a new iPhone, iPad, Mac, iPod touch or Apple TV since September 10, you are eligible to redeem a free year of Apple TV+ to share across all your devices, including the newly-launched Amazon Fire app.

If you can’t find the Apple TV app on your Amazon TV device right away, give it a while. It took several days for the Roku TV app to propagate worldwide, for example.

The TV app is available now on select Samsung smart TVs and is coming “in the future” to smart TVs from LG, Vizio and Sony.