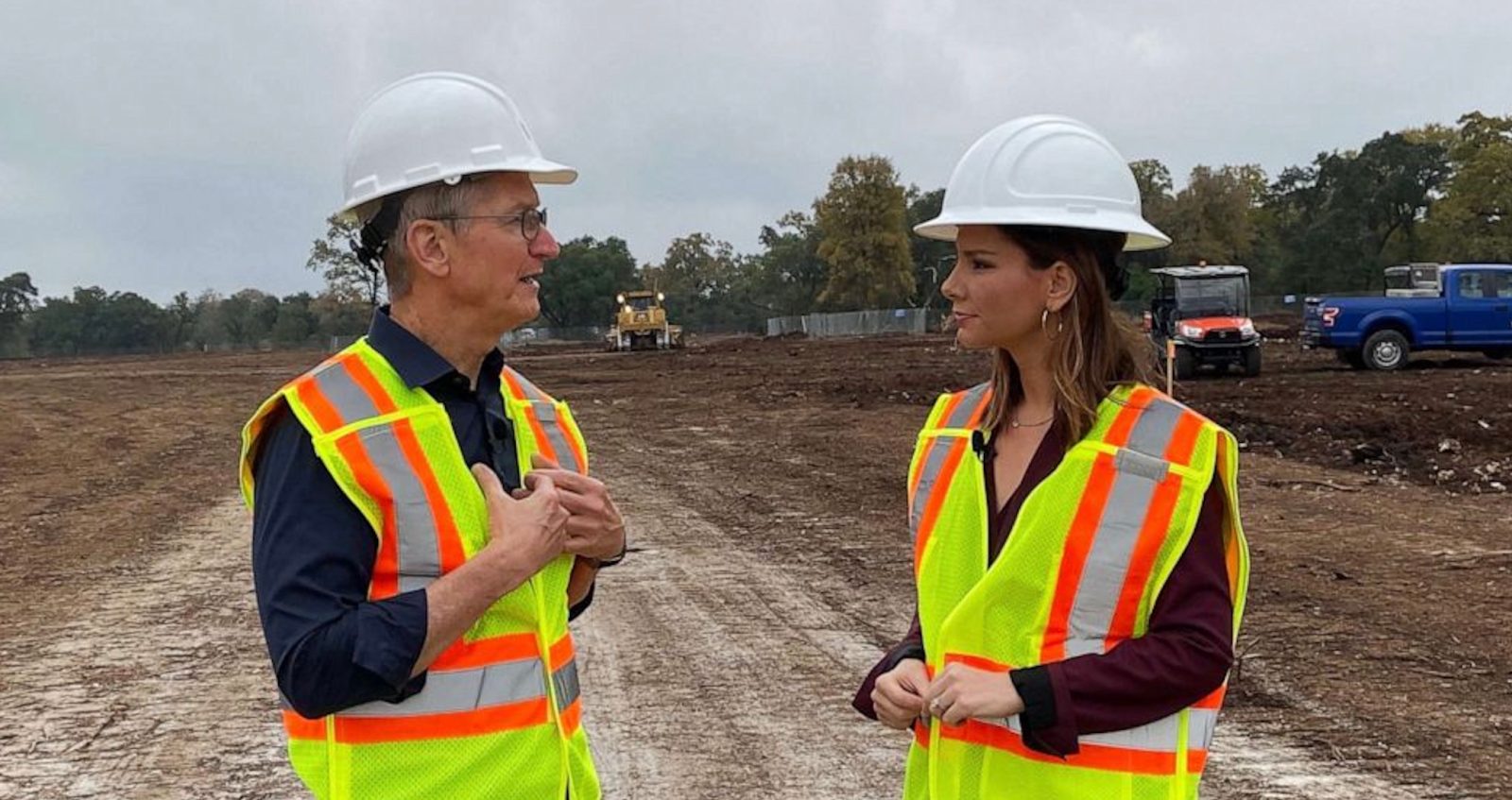 This morning, Apple broke ground on its new $1 billion campus in Austin, Texas. Coinciding with that, Apple CEO Tim Cook has sat down with ABC News’ Rebeca Jarvis to talk about Apple’s investment in the United States, his relationship with President Trump, and more.

As for the new Mac Pro, Cook reiterated much of what he said alongside President Trump this afternoon.

“We are really proud to make the Mac Pro here — this computer is our most powerful computer we’ve ever made, by far,” Cook said in an exclusive interview with ABC News’ Rebecca Jarvis on Wednesday. “It performs over 50 trillion tasks per second. I mean, this is just mind-blowing.”

When asked why Apple still builds the iPhone in China, Cook said that he actually thinks “the iPhone is made everywhere.”

“If you look at the glass of the iPhone, which everybody touches all day long, that glass is made in Kentucky. If you were to take apart the iPhone you would see many of the silicone components that are made in the United States as well,” he added. “The iPhone is the product of a global supply chain.”

With that having been said, however, Cook said that assembling the iPhone in the United States is something that is “not on the horizon.”

Cook also talked about Apple’s relationship with China, as well as the trade war between China and the United States. The Apple CEO said that he doesn’t want to “speculate” on whether the next round of tariffs could raise iPhone praises. Instead, he said that he’s hopeful the United States and China will come to an agreement:

The Apple chief said that he doesn’t want to “speculate” on how the next round of China tariffs could raise the price of iPhones.

“I’m hoping that the U.S. and China come to an agreement, and so I don’t even want to go down that road right now,” Cook said. “I’m so convinced that it’s in the best interest of the U.S. and best interest of China, and so if you have two parties where there’s a common best interest there has got to be some kind of path forward here. And I think that will happen.”

Meanwhile, Apple’s relationship with China has faced scrutiny from some US lawmakers, but Cook isn’t worried about it. “China really hasn’t pressured us, and so I don’t envision that,” Cook said when asked if there was a line Apple would not cross if China pressured the company.

Cook said they have never been asked in China by authorities to unlock an iPhone, but added, referring to the U.S., “I have here. And we stood up against that, and said we can’t do it,” he added. “Our privacy commitment is a worldwide one.”

Apple has also been embroiled in the protests in Hong Kong because of its decision to remove a protest app from the App Store:

“In the specific app in Hong Kong, we made the decision unilaterally,” he said. “We made it for safety, and I recognize that somebody can say that is the wrong decision and so forth. We obviously get second guessed a lot when you make tough decisions on apps to be on versus off, but we made it for safety.”

Cook added that “in terms of the Hong Kong situation, I hope and pray for everyone’s safety,” and “more broadly I pray for dialogue, because I think that good people coming together can decide ways forward.”

Last but not least, Cook touched on Apple’s future plans in the area of mergers and acquisitions:

You can read Cook’s full interview with ABC News here.