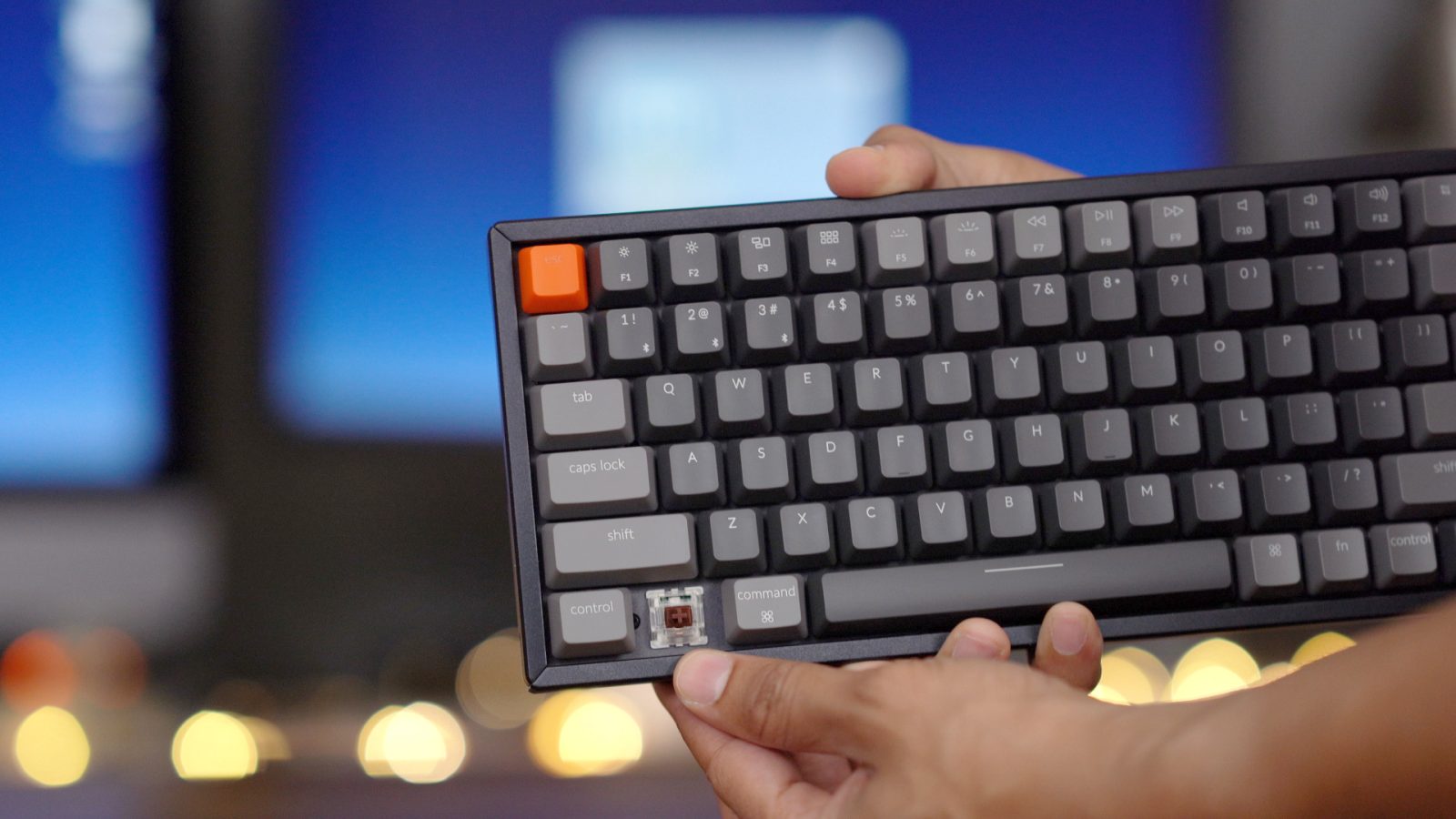 If you’re looking for a wireless mechanical keyboard for your Mac, then look no further than the Keychron K2, the follow up to the original K1 that we reviewed earlier this year. While not as low profile as its predecessor, the K2’s sleek, minimalist design is a far cry from the bulky mechanical keyboards you may be used to. Watch our hands-on video review for the details.

Let me start by saying that I’ve never actually used the original Keychron K1. 9to5Mac’s Michael Potuck had good things to say about the original in his hands-on review, and Keychron seems to have built on the momentum from the first iteration of its keyboard when creating the K2. 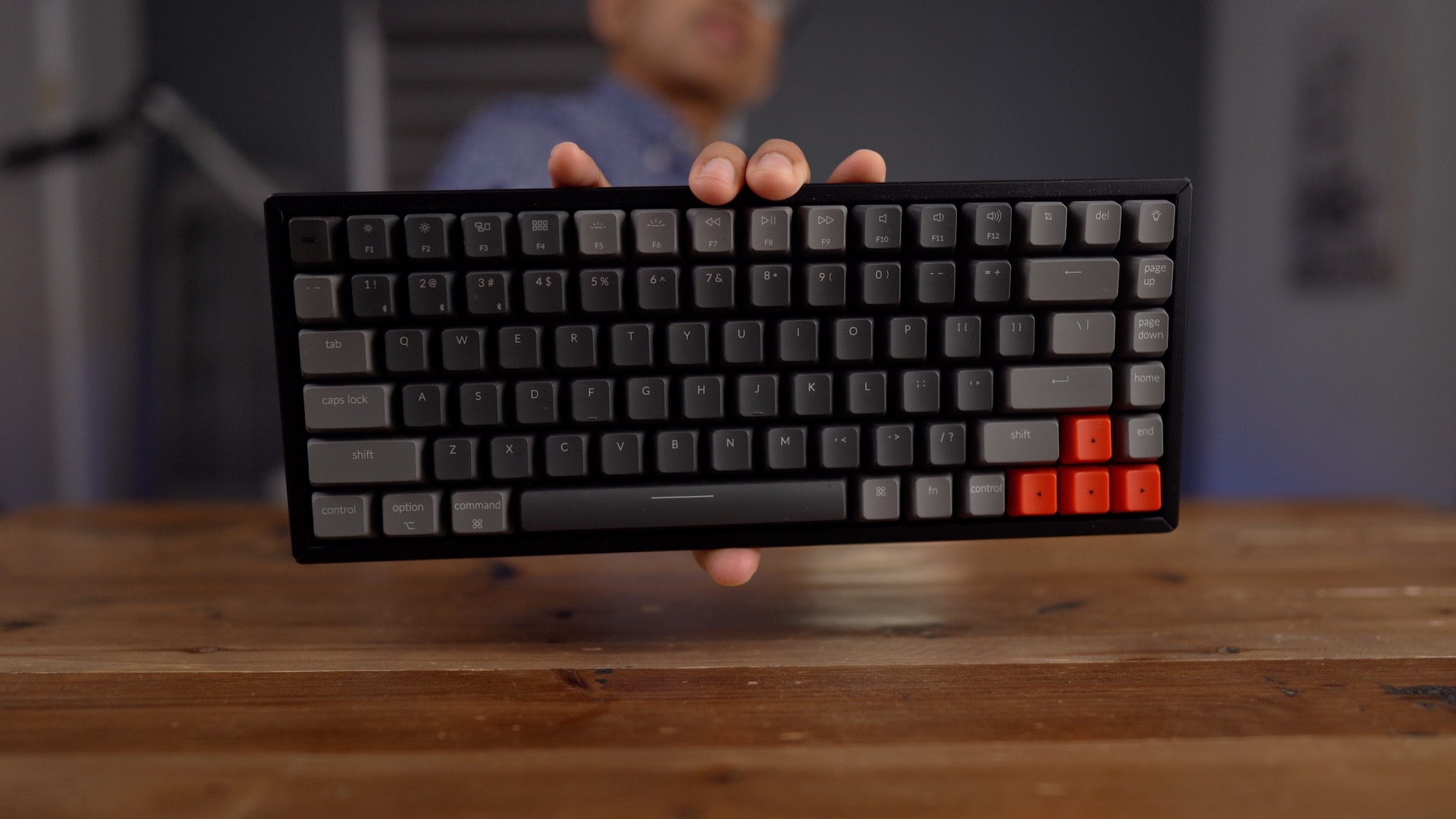 The Keychron K2 config I’ve been testing features a black aluminum frame with slim bezels wrapping around the perimeter of the keyboard. The keys feature a mixture of dark and light gray keys, along with a single orange ESC key. I ended up replacing the ESC and arrow keys, with keys pilfered from my WASD custom mechanical keyboard, in an attempt to make them stand out more. 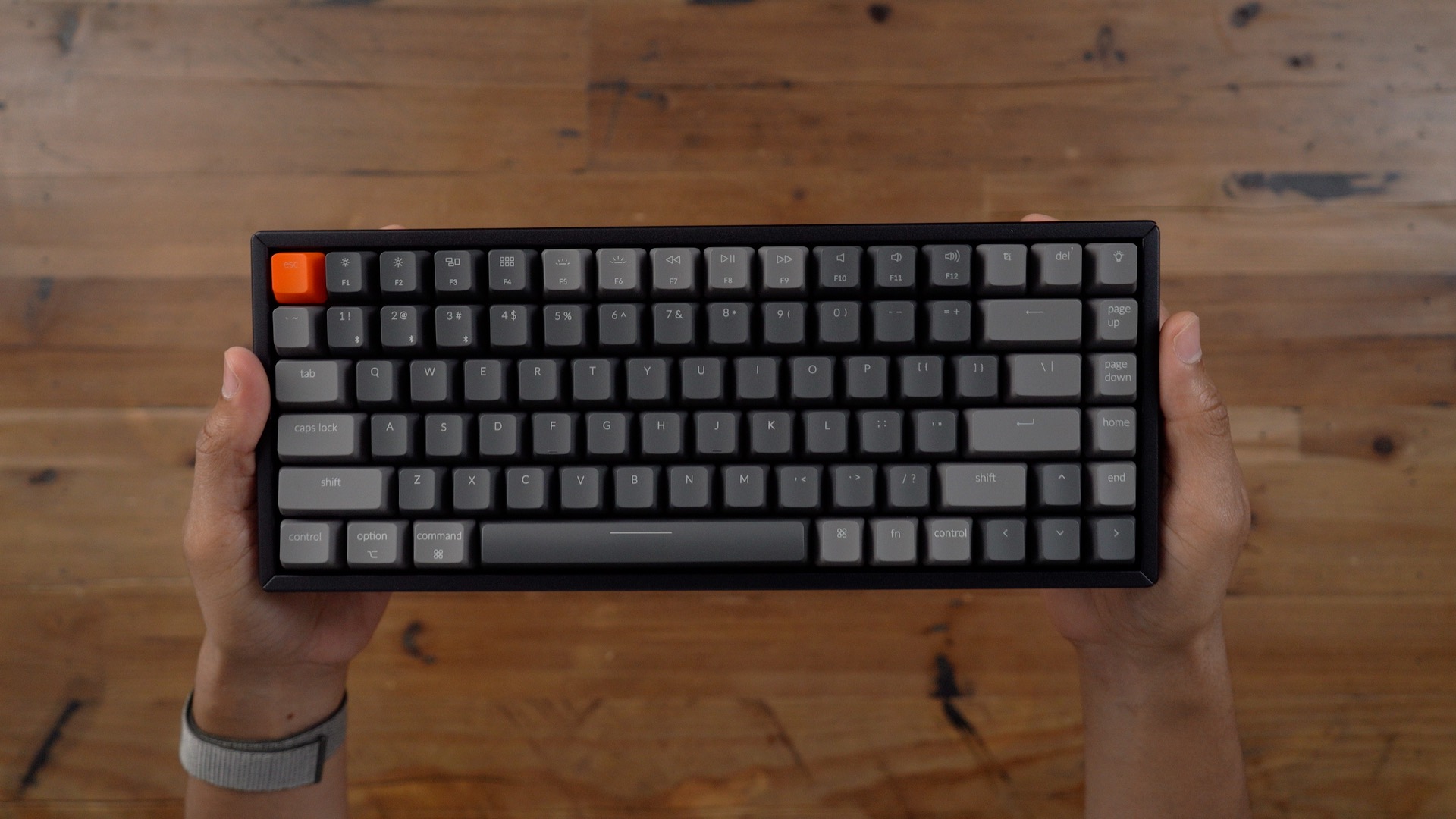 Before swapping out key caps

The aluminum chassis provides a solid, weighty feeling to it, and the keys look great. It’s a fairly minimalist keyboard, which is largely what I prefer. Underneath the keyboard you’ll find rubber feet that can be adjusted to provide you with a 6-degree angle for comfortable typing. 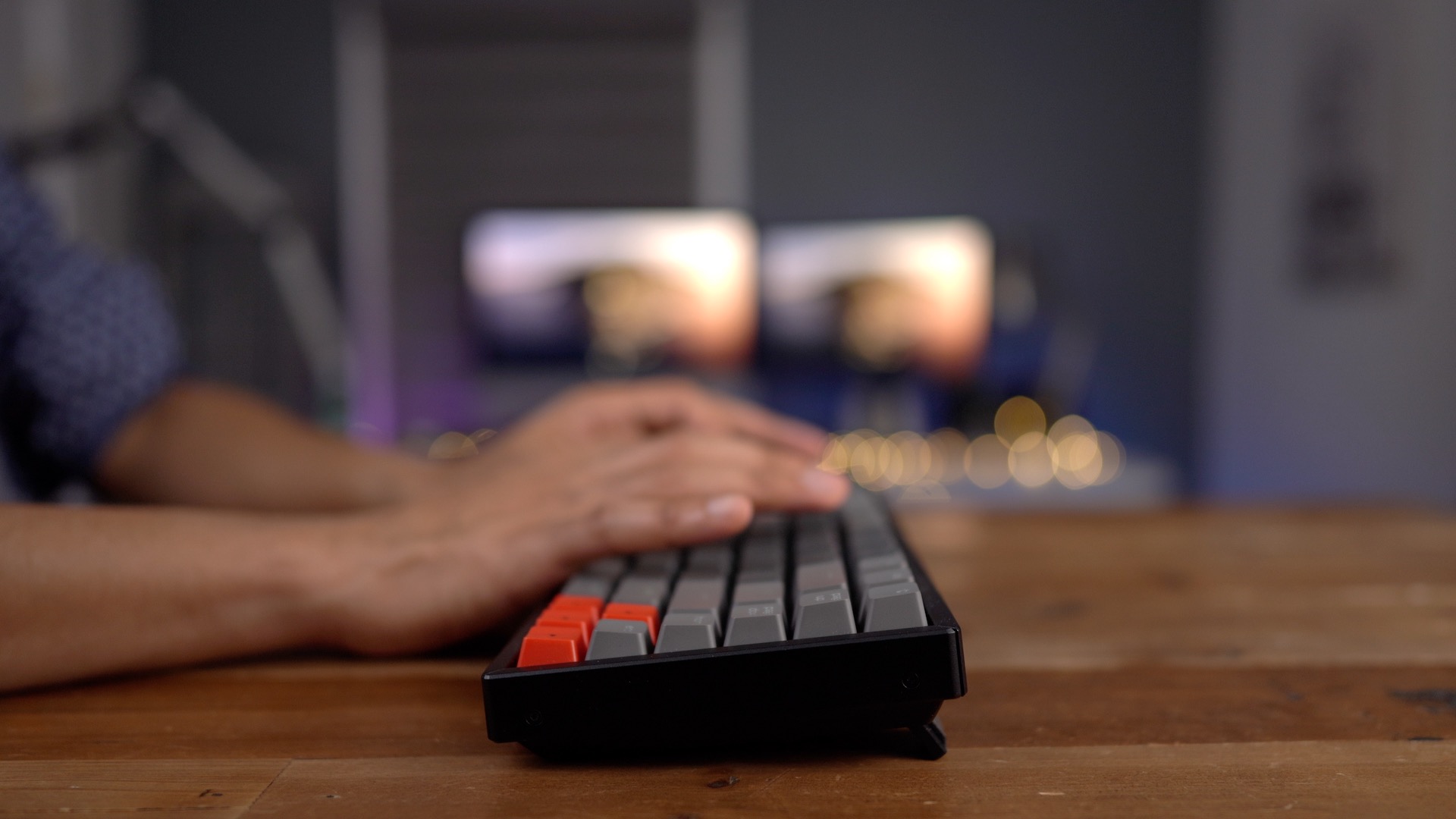 After swapping out caps

The biggest complaint I have with the Keychron K2’s build quality is the small Bluetooth toggle and device switches on the left side of the unit. It’s not that the switches themselves are terrible, but the labels for the switches are impossibly small and you’ll almost need a magnifying glass to identify them. Once you learn what each button does by memory, this will be less of an issue. 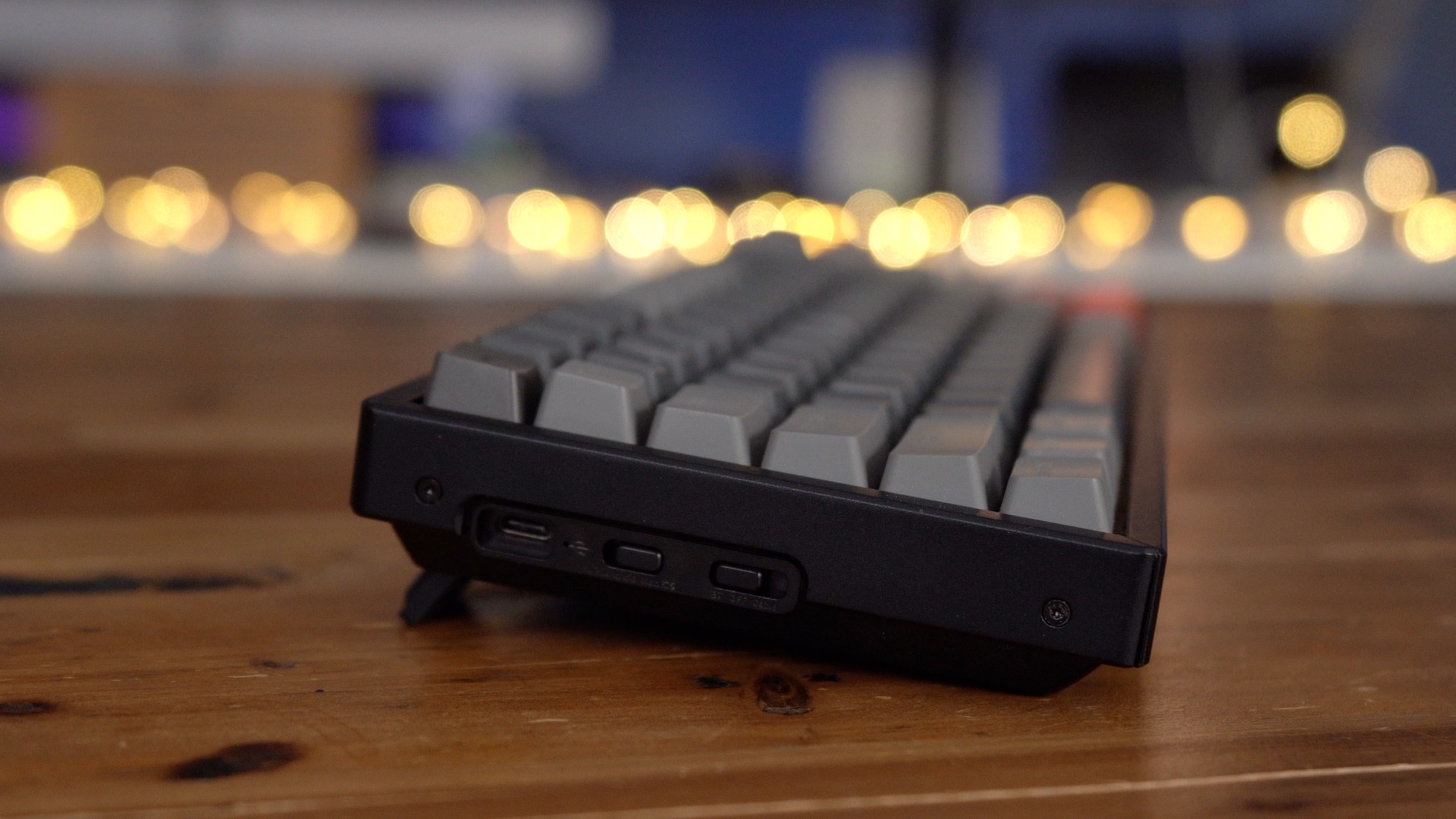 The most important characteristic of any keyboard is the tactile response, and mechanical keyboards traditionally have that in spades. Tactility is heavily influenced by the type of switches found underneath the keycaps. Different types of switches result in a different feel when pressing a key.

The original K1 features low profile switches with 3±0.5mm of total key travel, while the K2 features a significant increase, measuring 4±0.4mm of total travel. If you’re coming from the original, you’ll notice a big jump in the overall travel distance between the two. 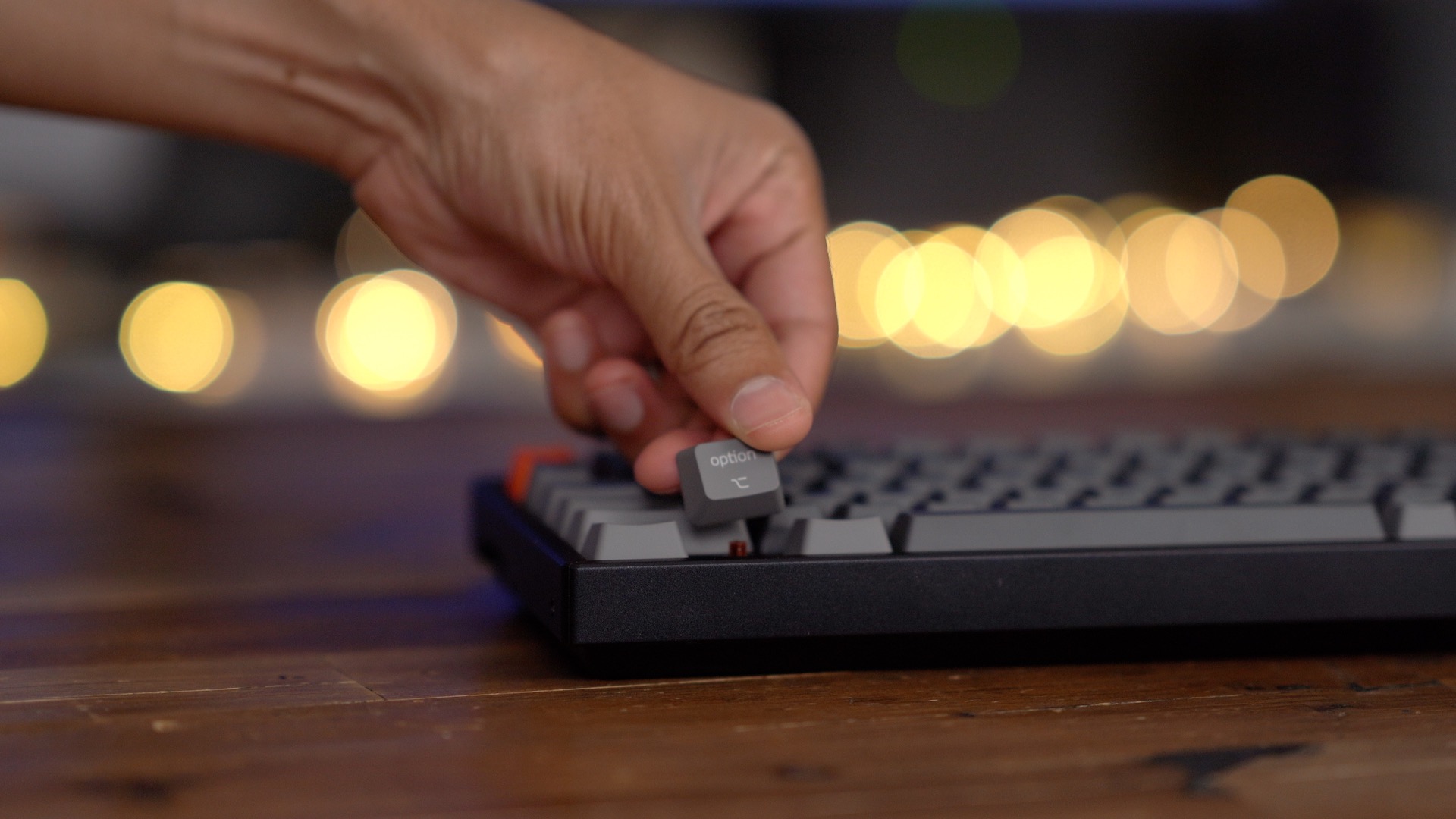 The Keychron K2 can be configured with Gateron red, brown, or blue key switches. Blue switches traditionally result in a more clicky tactile response, while brown switches feature a nice tactile feel, but are usually softer and quieter. 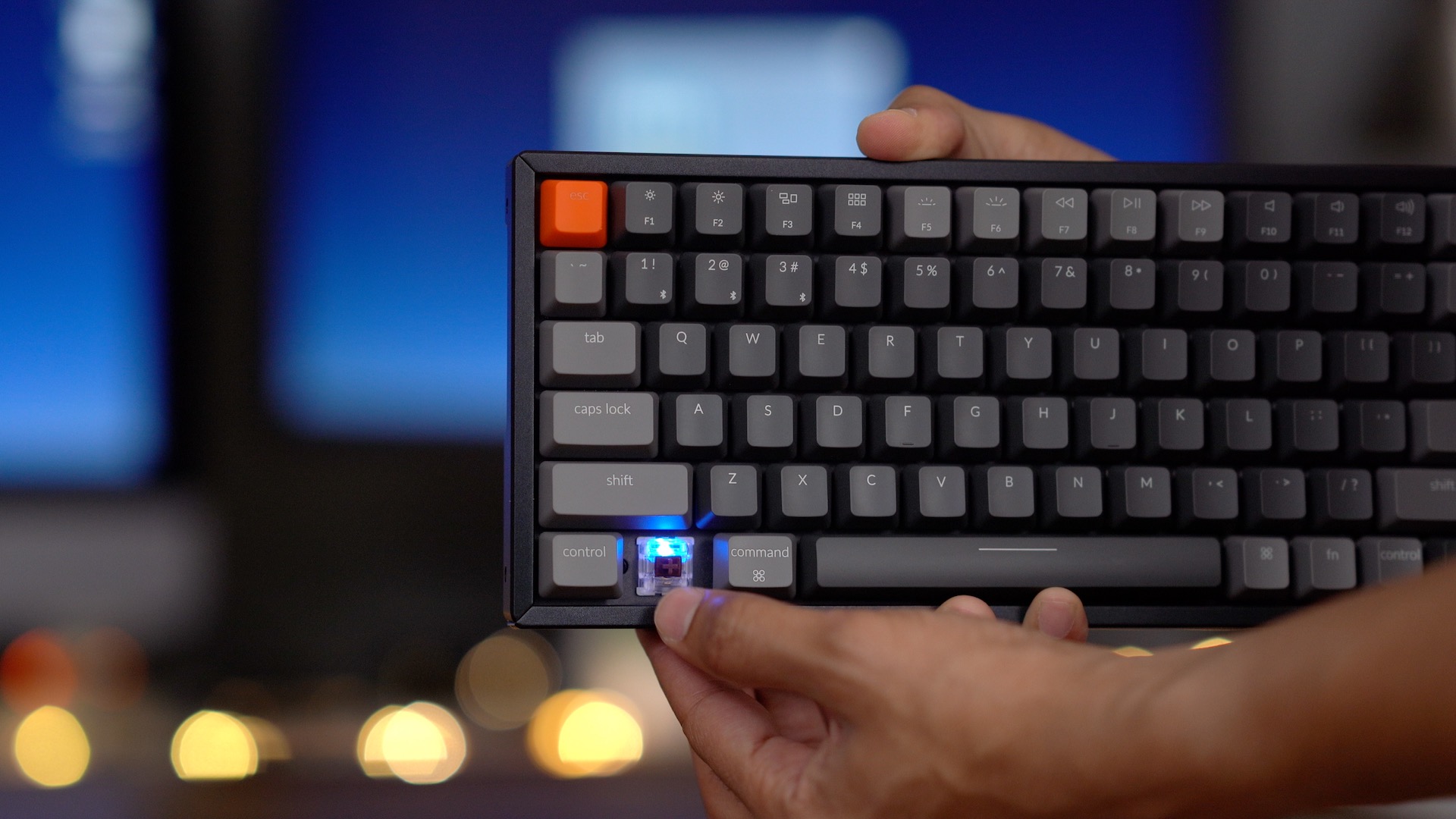 I opted for the brown switches, because they require less actuation force than a blue switch, with a gentler tactile bump. Key switch preference is highly subjective, so if you’ve never experienced a mechanical keyboard before, I think you should start with the brown switches as they provide a good middle ground experience.

I also suggest watching this video to hear a comparison between the three key switches.

Besides the switches, the key caps feature a curved profile, which makes them easy to identify and rest your fingers on. Overall I’m quite satisfied by the sound, look, and feel of the keyboard in relation to key cap and key switch design.

Up until a few years ago, it was nearly impossible to find a mechanical keyboard with built-in wireless Bluetooth connectivity, that’s one of the things that made the original K1 so nice. Recently I’ve seen more keyboards adopt wireless Bluetooth, but it’s still a rarity.

The Keychron K2 features the ability to connect to a Mac or iPad Pro via a wired USB-C connection or via wireless Bluetooth without any help from external Bluetooth dongles. The unit will also work with Android devices and Windows machines by toggling the device switch on the side. 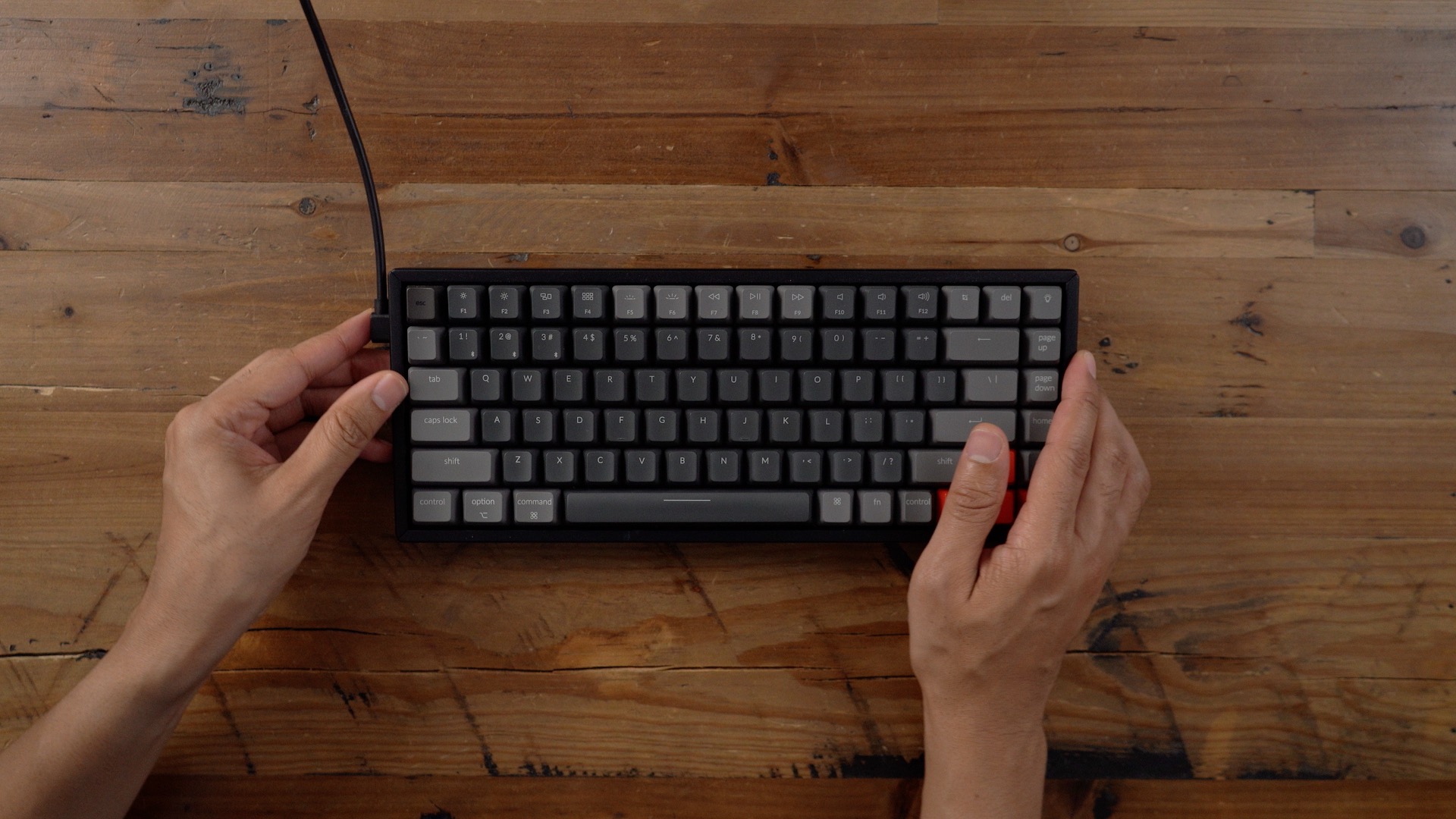 The keyboard will automatically go to sleep after 10 minutes of inactivity to help save on battery life. Auto sleep mode can be disabled via a simple key combination on the keyboard, but doing so will cause the battery to exhaust faster.

I found auto sleep mode to be annoying, because I often leave my desk for minutes at a time, and it takes a few seconds for the keyboard to wake up from sleep and reconnect to Bluetooth. If your workflow is similar to mine, I recommend disabling auto sleep mode and just charging the keyboard when needed. Of course, you can always manually turn it off to save battery when not in use for extended periods of time. 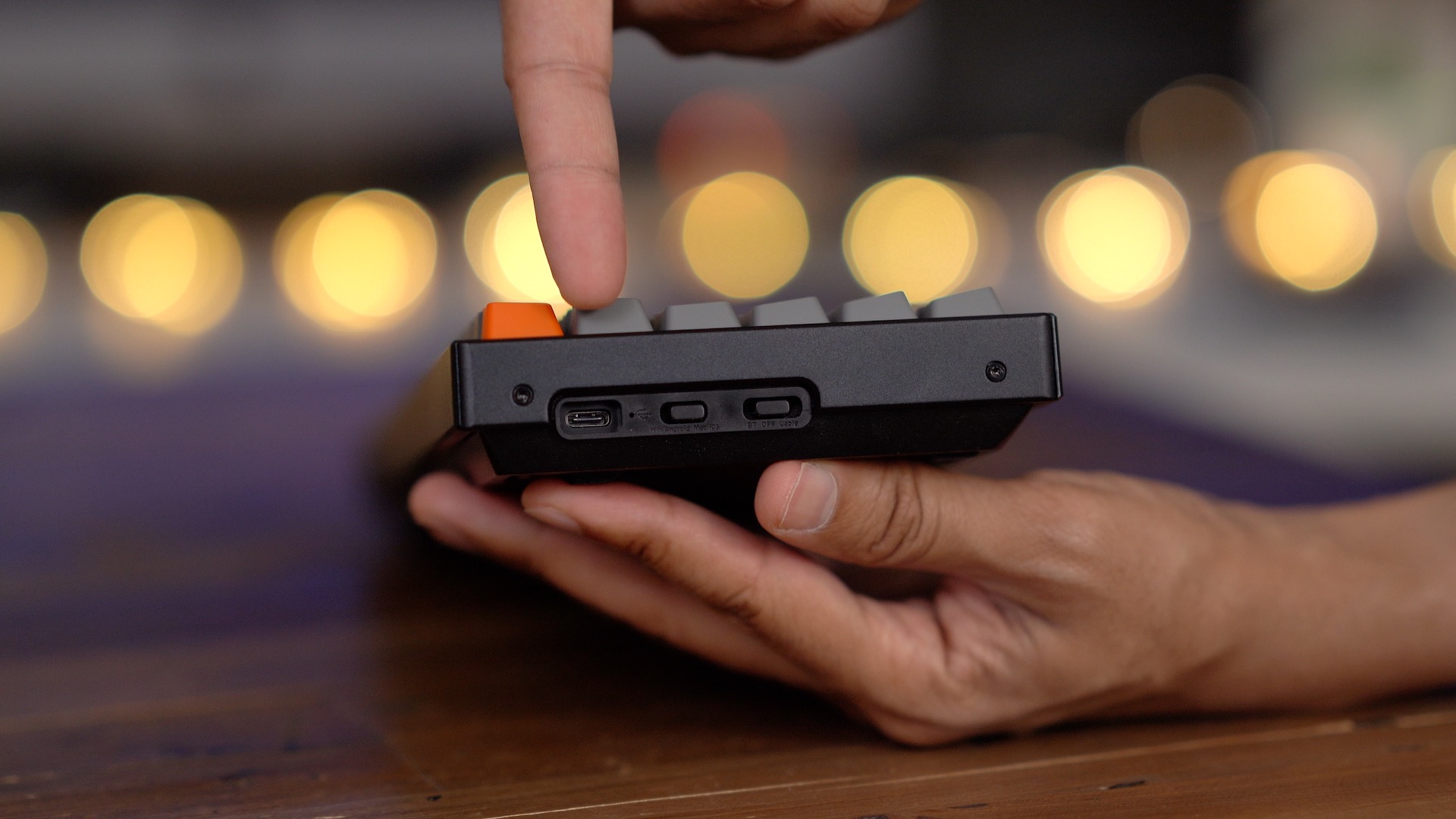 With auto sleep mode enabled I was able to get somewhere in the ballpark of three weeks of usage out of the keyboard before needing to charge it again. Keychron notes that you should expect to get 10-15 hours of total usage depending on the type of RGB lighting employed. Expect to obtain longer life with the backlight disabled.

Overall, I was able to garner about a full week of typing with auto sleep and the backlight disabled, but I’m admittedly not the most prolific typer during the week.

When the battery gets low, simply use the included right-angle USB-C cable to connect your computer directly to your Keychron K2. Not only will this serve as a means to recharge the internal battery, but it will also allow you to switch over to cable mode via the switch on the left side of the keyboard.

The Keychron K2 includes a low battery indicator light next to the charging port. The light will flash rapidly when the battery level is below 15%, and stay solid while charging. This is fine, but I wish there was a more elaborate battery indicator that provided you with a better idea of current battery life, even at higher levels.

Like many popular keyboards today, the Keychron K2 features an RGB backlight option with multiple switchable light effects. Be sure to watch our video for a demonstration of all of the lightning effects on hand. 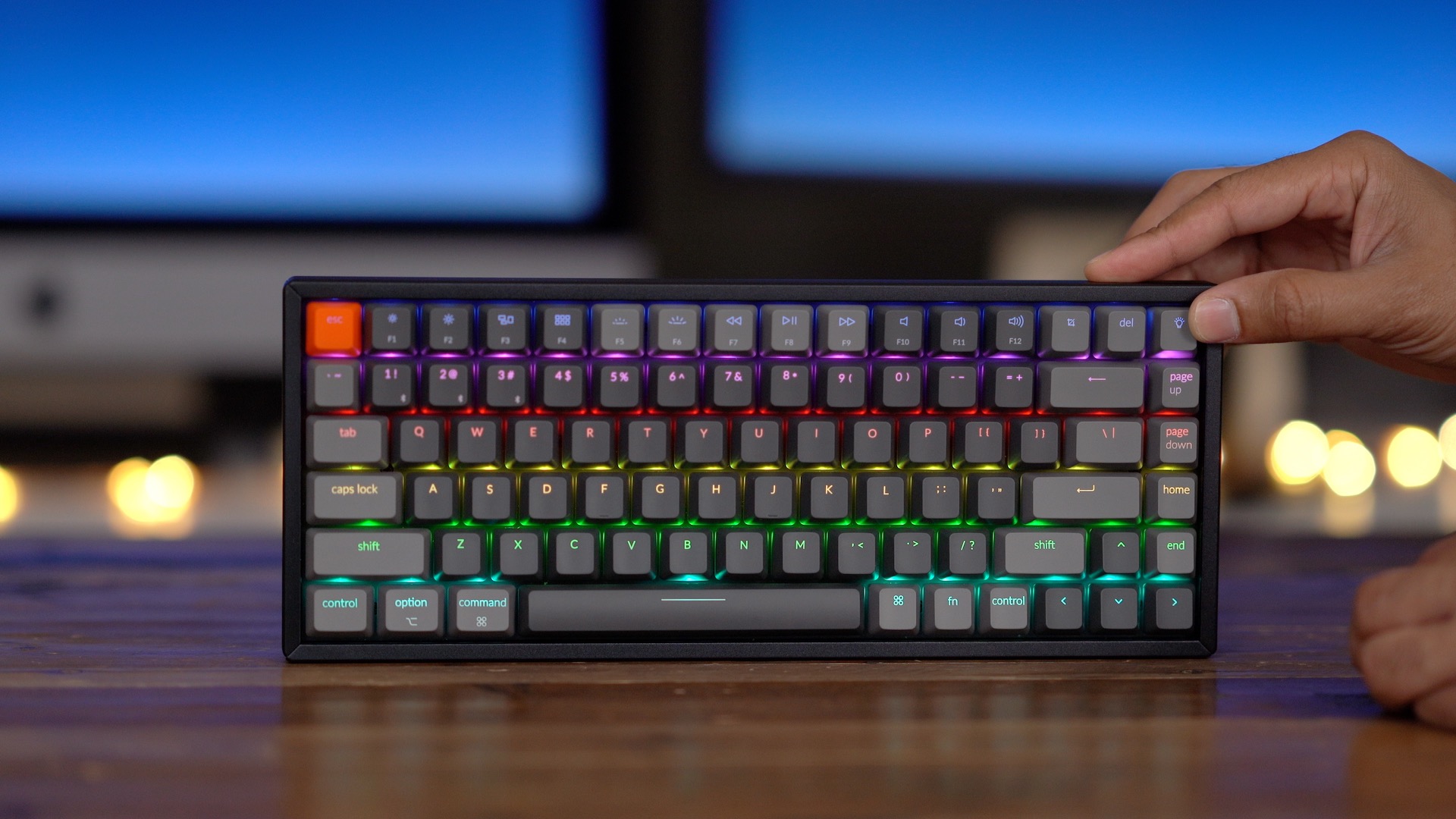 Users can quickly cycle through the effects by pressing the dedicated light effect key in the upper right-hand corner. Additionally, users can use the Function + arrow keys to cycle through solid background colors of their choosing.

I don’t have a strong opinion about RGB lighting either way, but I know that it can be a polarizing feature. Some users will love it, others will be indifferent, while some will absolutely hate it. Count me in the indifferent category. I find some of the effects to be distracting, but a few of them I don’t mind, particularly the solid colors that are devoid of animation. 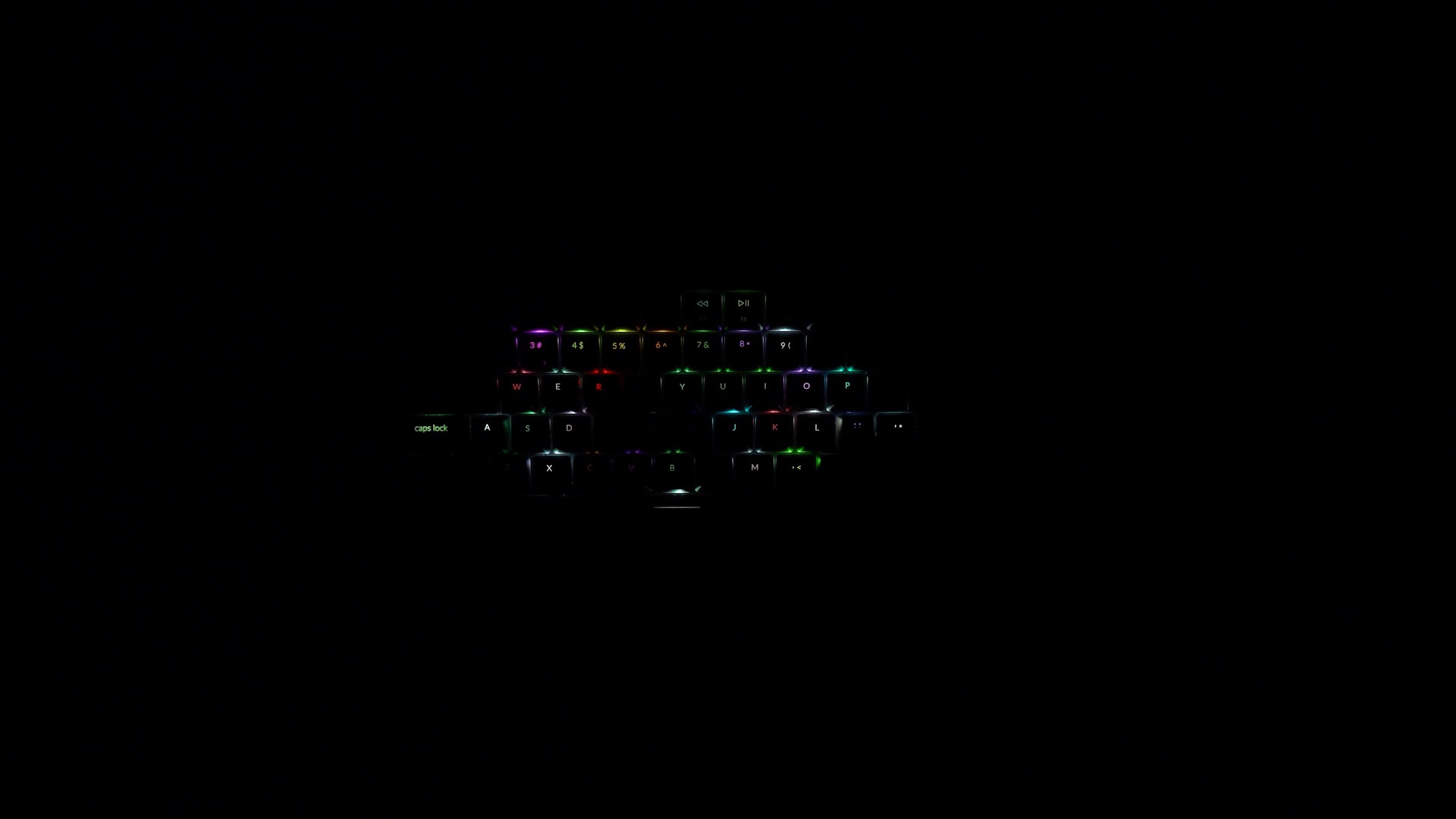 If RGB lighting isn’t your cup of tear you can dim the backlight up to four levels, or disable it altogether, if desired. Keep in mind that the RGB backlighting plays a role in battery life performance, so that may factor into your decision on how you use it as well.

Keychron also makes a version of the K2 devoid of RGB, featuring just a white LED backlight. It’s cheaper, and I recommend this option if you know you’ll never use RGB.

Pairing and switching between devices

The K2 is able to switch between up to three different devices simply by pressing the function + 1-3 keys. 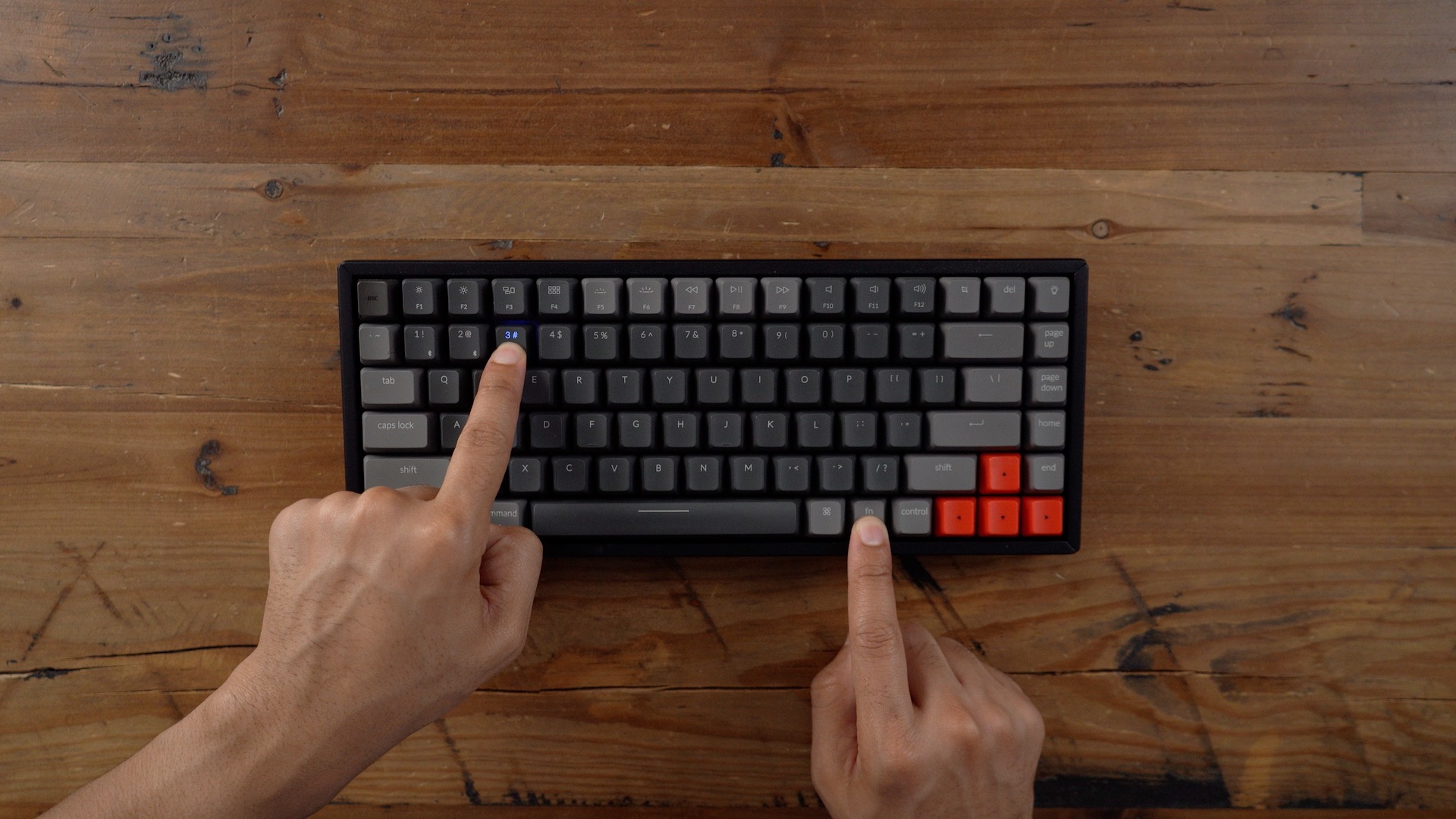 Because the Keychron K2 is relatively portable, I find that it makes for a pretty good iPad Pro companion, although it comes with limitations. Even though it’s tiny for a mechanical keyboard, it’s still large enough and heavy enough to make it awkward to travel with.

I also found the keyboard limiting in the sense that not all of the default keyboard shortcuts seem to work with iOS. For example, I could use all of the shortcuts available within apps, but I wasn’t able to use system shortcuts to go back to the Home screen (Command+H) or switch between apps (Command+Tab) while in an app. Update: This issue appears to be a bug in iPadOS. When connected to the Smart Keyboard Folio, the shortcuts to go to the Home screen or switch between apps will not work when in an app. When disconnected from the Smart Keyboard Folio, the shortcut work as normal. In other words, this doesn’t appear to be an issue with the Keychron K2. Thanks to @Thetransferblog for informing me about this. 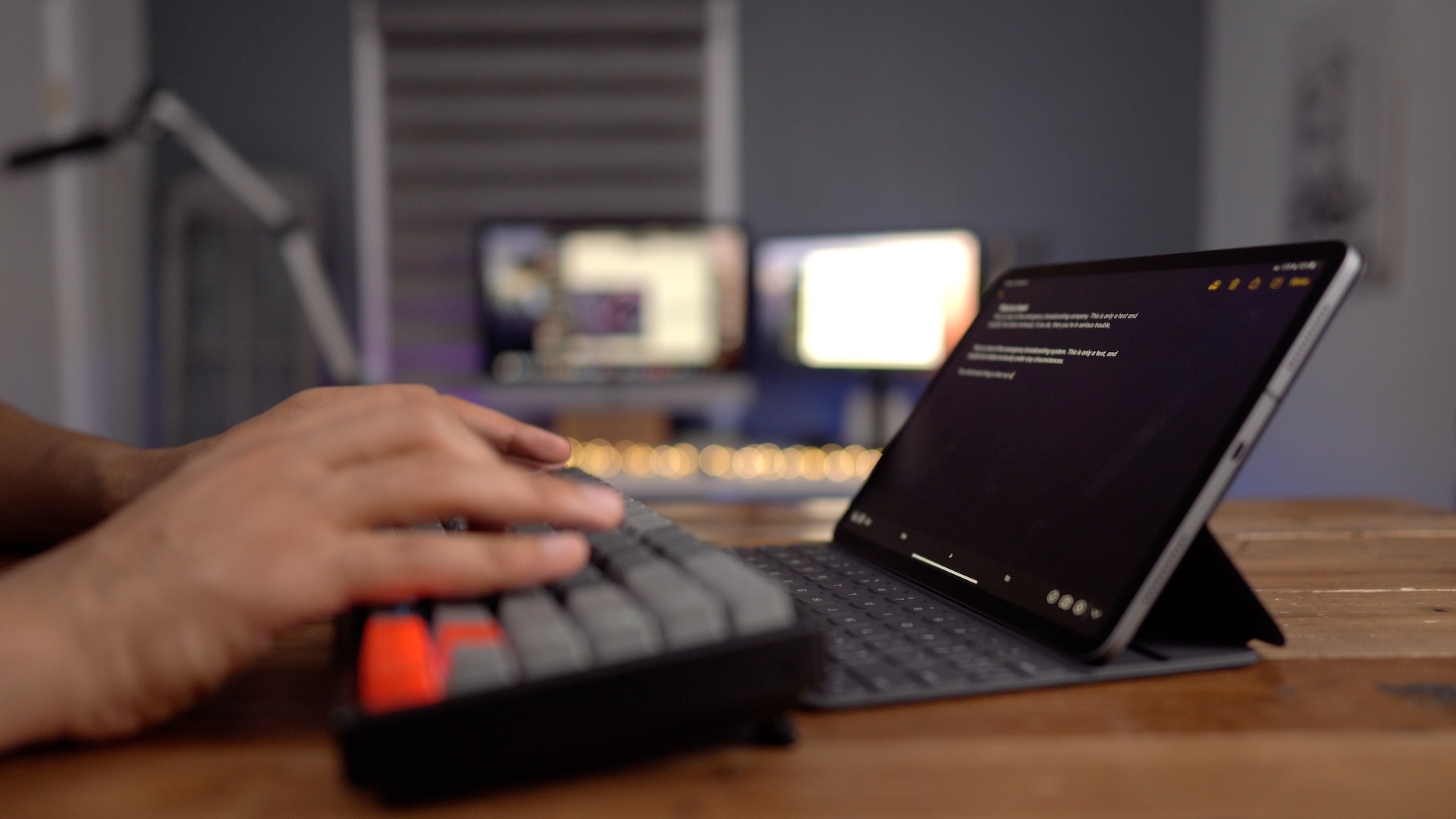 Yet, despite these limitations, I enjoy using the K2 around the house with my iPad when typing long-form content, as it provides a way better tactile typing experience than Apple’s Smart Keyboard Folio, or even the Magic Keyboard. 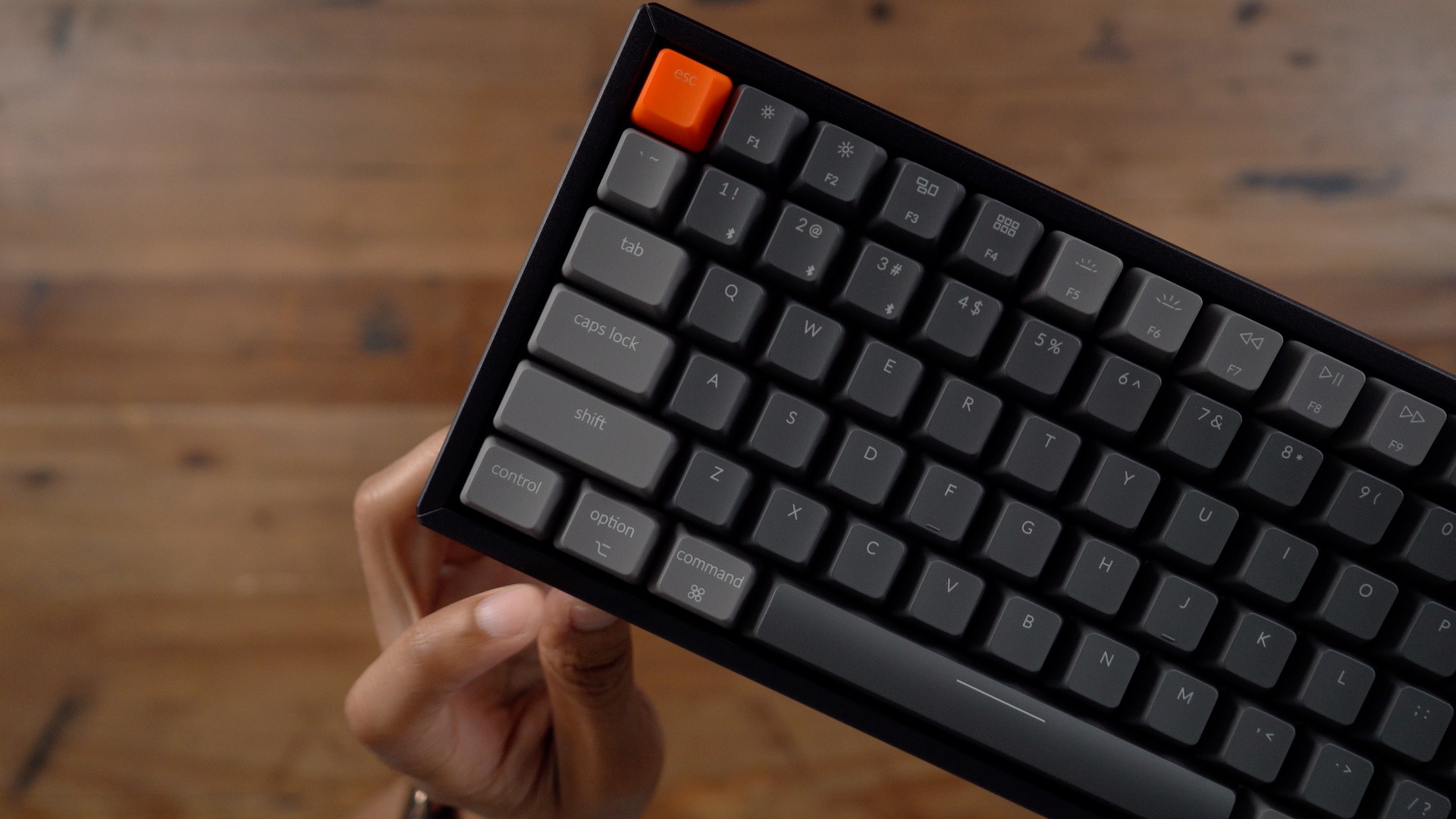 There aren’t many wireless mechanical keyboards on the market, but the Keychron K2 is the best that I’ve tried. Forgetting its wireless capabilities, the K2 is a solid offering from a pure tactility standpoint. This keyboard is able to stand alone on the merits of its mechanical key switches and excellent tactile key caps. 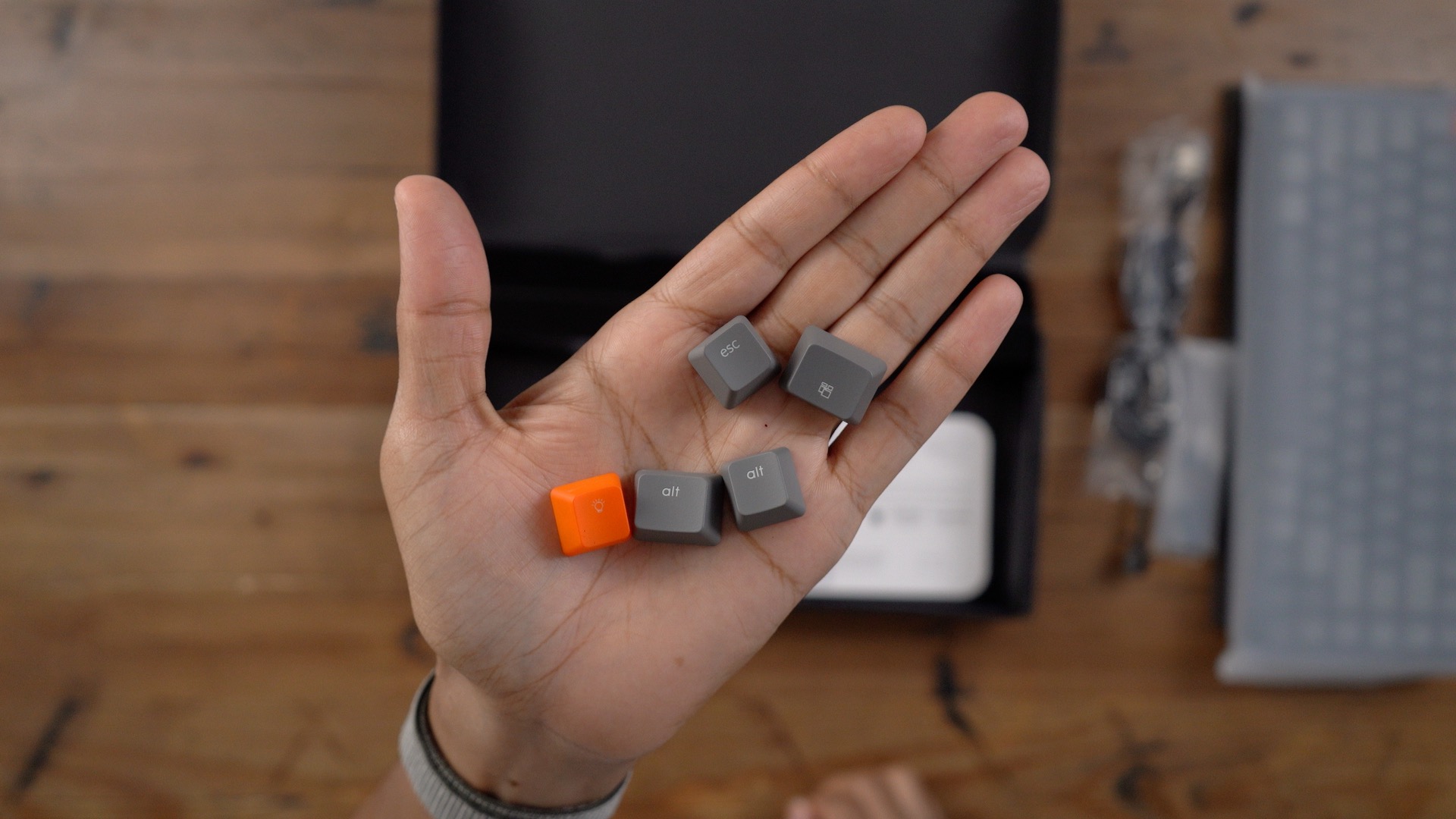 Having a built in backlight is a nice feature to have on a wireless mechanical keyboard, but Keychron went all out by giving it RGB backlighting with complex responsive lighting effects. Not every user will appreciate this, but it undeniably helps the K2 to stand out among other third-party keyboards. 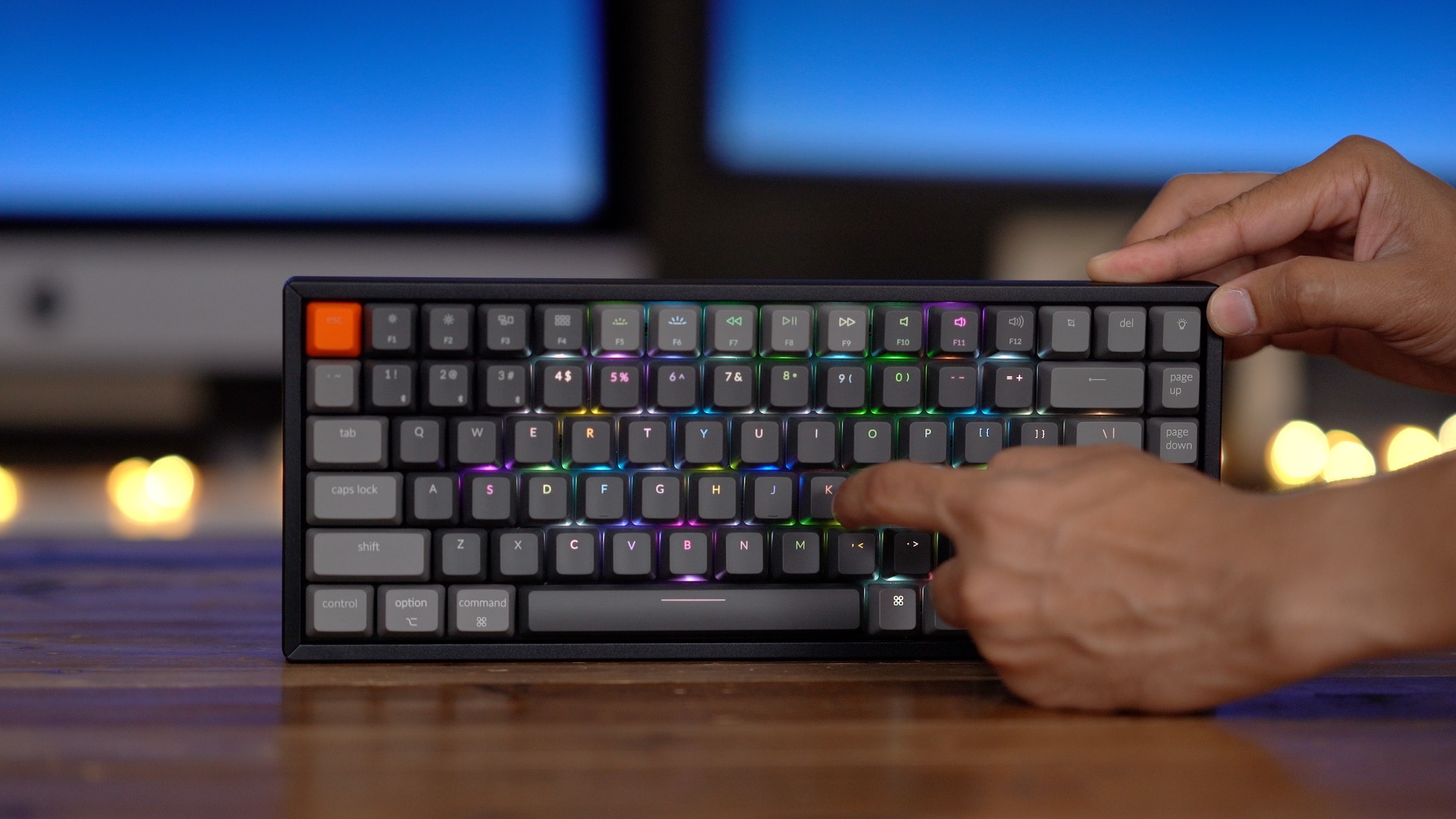 I love the minimal design of the Keychron K2, and I value the fact that it can easily switch between three Bluetooth devices with just a few key presses. 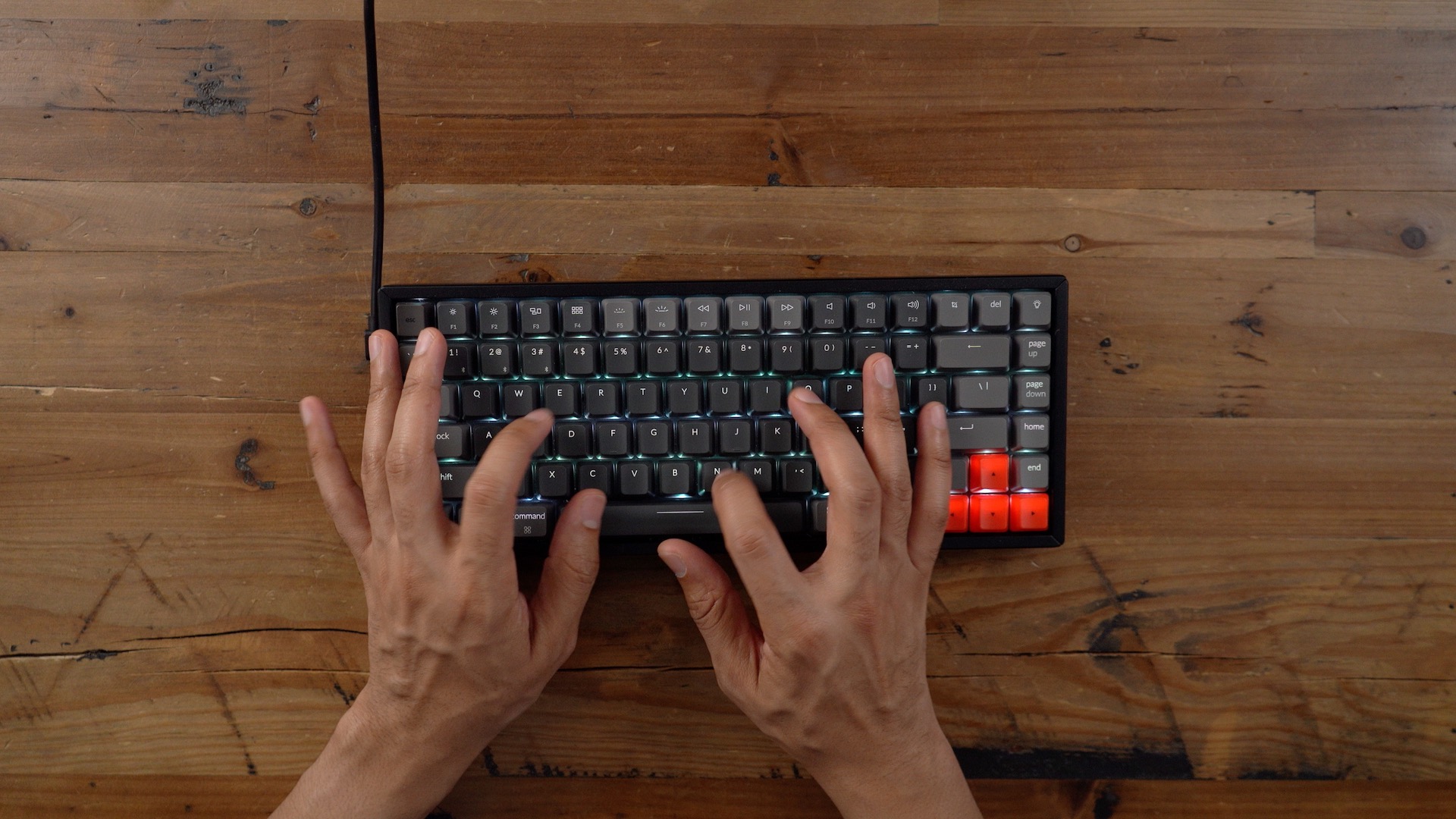 If you’re looking for a great wireless mechanical keyboard, this could be the one for you. It’s not perfect, but the Keychron K2 generally excels as a mechanical keyboard, and it’s pound for pound my favorite keyboard given its feature set. It’s made all the better thanks to its build quality, built-in wireless capability, Mac-centric key caps, and its ability to quickly switch between up to three devices. 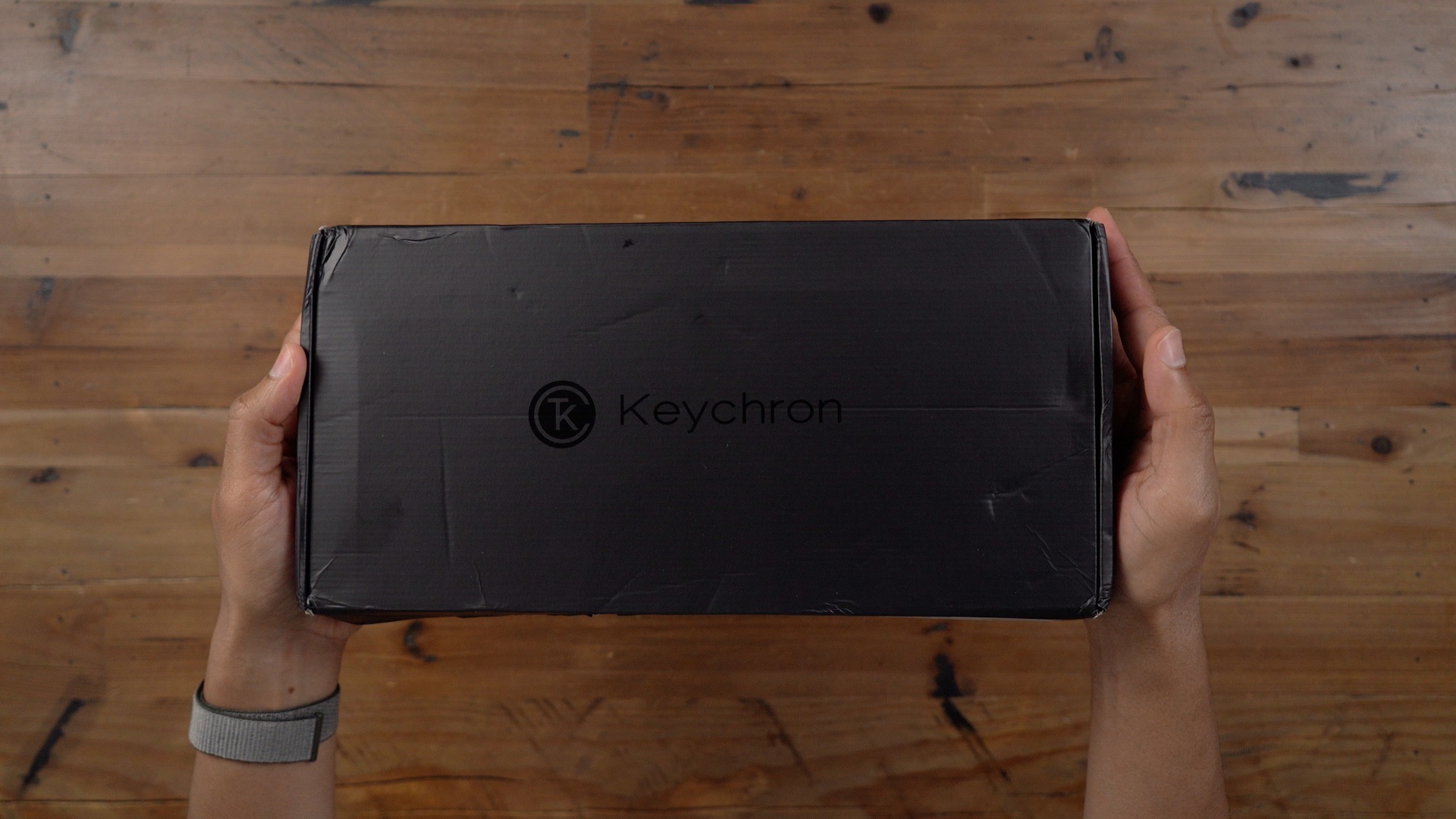 You can find the Keychron K2 in all three of its Gateron key switch flavors starting at around $80 on Amazon. The aluminum version with RGB backlight, which is what I tested in this review, starts at $99. What do you think? Sound off down below in the comments with your thoughts and opinions.