Facebook today introduced Viewpoints, its new dedicated market research app that offers rewards for participating users who contribute in surveys and other tasks. That came a year after the company got involved in privacy scandals as a result of an alleged research app that collected data from users.

According to an official statement, Facebook intends to improve its products, including Instagram, WhatsApp, Portal, Oculus, and Facebook itself, based on the opinion of users. They promise to be more transparent with users regarding all the data that will be collected and the processes involved to get it.

To participate in the surveys, you need to download and install the Viewpoints app on your iPhone or Android phone — this time, the app is available on the App Store and does not depend on unofficial methods to be installed. The app will show which research programs are available, which may vary for each person. After sending the requested data, users will receive an amount of money that will be paid through a PayPal account.

Facebook says it will ask for information such as name, email, date of birth, gender and the actual location for the program application, but it promises not to share these data with third parties. At this time, only people over 18 years of age residing in the United States can participate. But according to the Verge, the research program is not yet available to everyone in this group, even downloading the app. 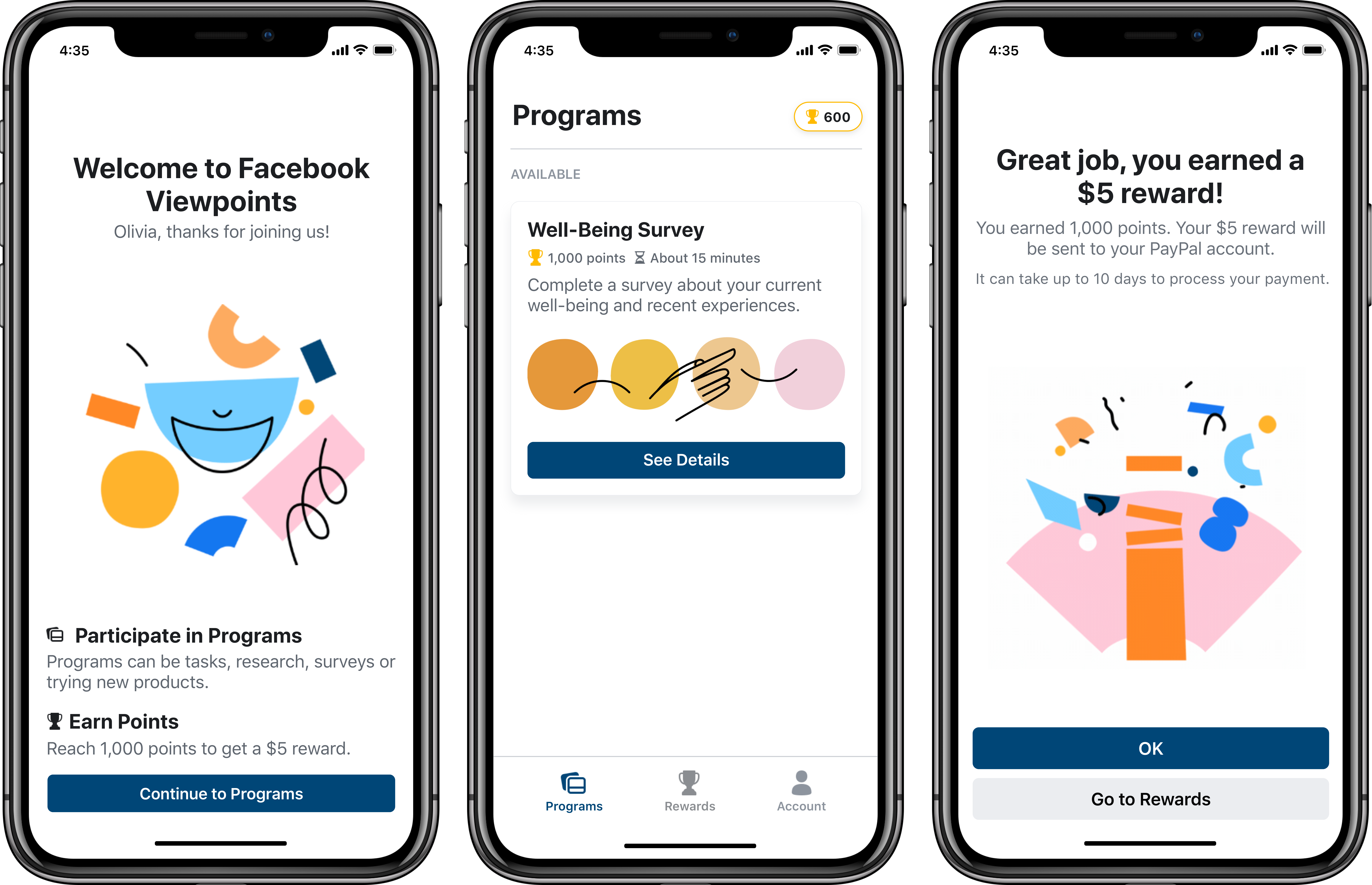 At the end of last year, Facebook launched Onavo, an app that claimed to offer free VPN service but actually collected personal data from users without authorization. Apple removed the app from the App Store, but it was relaunched by unofficial methods involving the use of business certificates that Apple provides to developers. They also paid some people to use it. Onavo VPN was definitely banned from iOS earlier this year.

We’ll see if Facebook Viewpoints is different from what the company has tried in the past to collect data from users.

Are you planning to give it a chance? What do you think of this approach? Let us know in the comments below.