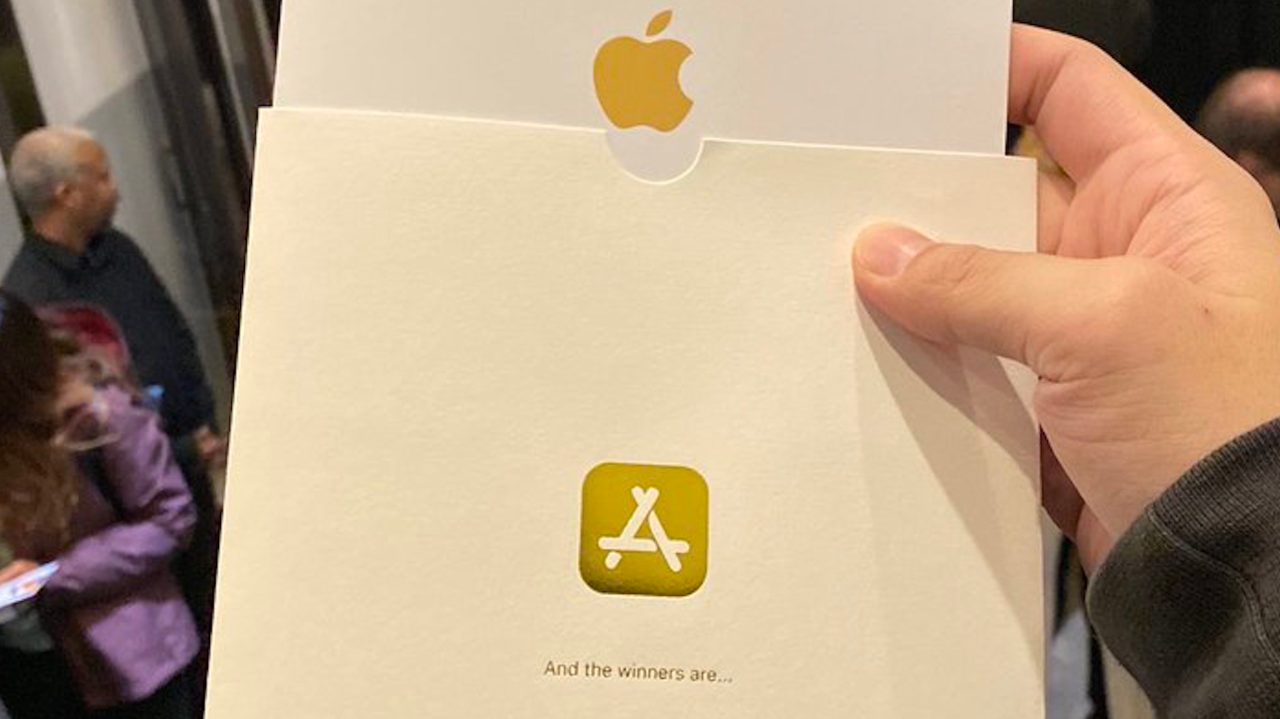 As expected, Apple today held a special event in New York City focused on highlighting the best apps and games of 2019. While the event was billed as a “special event,” it was rather subdued in nature and didn’t include any product or operating system announcements. Here’s what actually happened.

As we’ve detailed in the past, Apple has a dedicated location in New York City where it holds private briefings with members of the press to give presentations and offer hands-on time with new hardware and software. That appears to be where Apple held today’s “special event.”

According to Bloomberg’s Mark Gurman, today’s event centered on Apple inviting developers to their New York City office to talk about the inspiration and stories behind their applications. An image posted to social media (that has now been deleted) shows an envelope that was handed out at the event teasing, “And the winners are…”

Just as we warned at the time, this event was actually not much of an “event.” There were no product or software announcements of any sort. Instead, the focus was purely on giving developers the opportunity to demonstrate their applications to the press.

Later this evening, we expect Apple to formally announce its App of the Year, Game of the Year, and other Best of 2019 charts via a press release. This will offer a closer look at the awards handed out by Apple at today’s event. Those who attended the event today are likely under embargo by Apple right now, hence why we haven’t heard anything more specific about what took place.

What else can we expect from Apple in 2019? The sole looming hardware release is the new Mac Pro alongside the Pro Display XDR. Those are both expected to be released sometime this month, but specific information remains unclear – including pricing on built-to-order configurations.

Do you have any predictions on which apps will take home top honors in Apple’s annual recap? Let us know down in the comments.