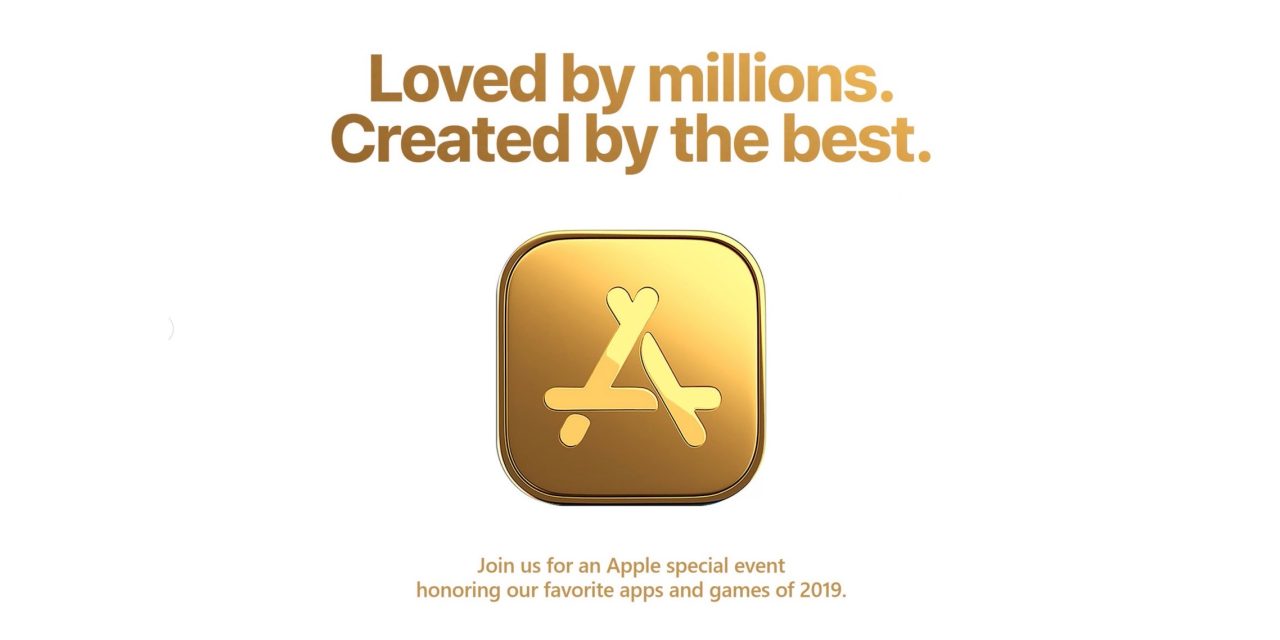 Apple has announced a special December 2nd event in NYC to highlight its favorite apps and games of 2019. Interesting enough, this is a live event and it’s unclear if Apple has anything to announce besides app and game awards for developers.

Invites went out this afternoon for the surprise event that will be held in just two weeks in NYC. Curiously, it appears the event will just be to highlight Apple’s top app and game picks from 2019.

In the event invitation, Apple leads with the tagline “Loved by millions. Created by the best.”

While Apple normally livestreams its events (and even included YouTube for its iPhone 11 event for the first time) it’s unknown if this app event will be broadcast live. Apple’s Special Events landing page doesn’t include any information on the December event at the time of writing.

The timing of the event lines up with when Apple usually announces its app of the year, game of the year, and other top charts like the most downloaded apps and more.

The most interesting part about all this is it’s the first time Apple will hold a live event dedicated just to apps and games. And it opted to skip an October event this year and debuted AirPods Pro and the 16-inch MacBook Pro with press releases.

It seems very unlikely but could Apple sneak in a “One more thing…” at the event as a holiday surprise and show off or announce AirTag or something else? Maybe some plugs or more details on the Mac Pro launch that’s slated for December?

This is unexpected. Apple Event. December 2 in NYC. pic.twitter.com/ok4UtcAylC