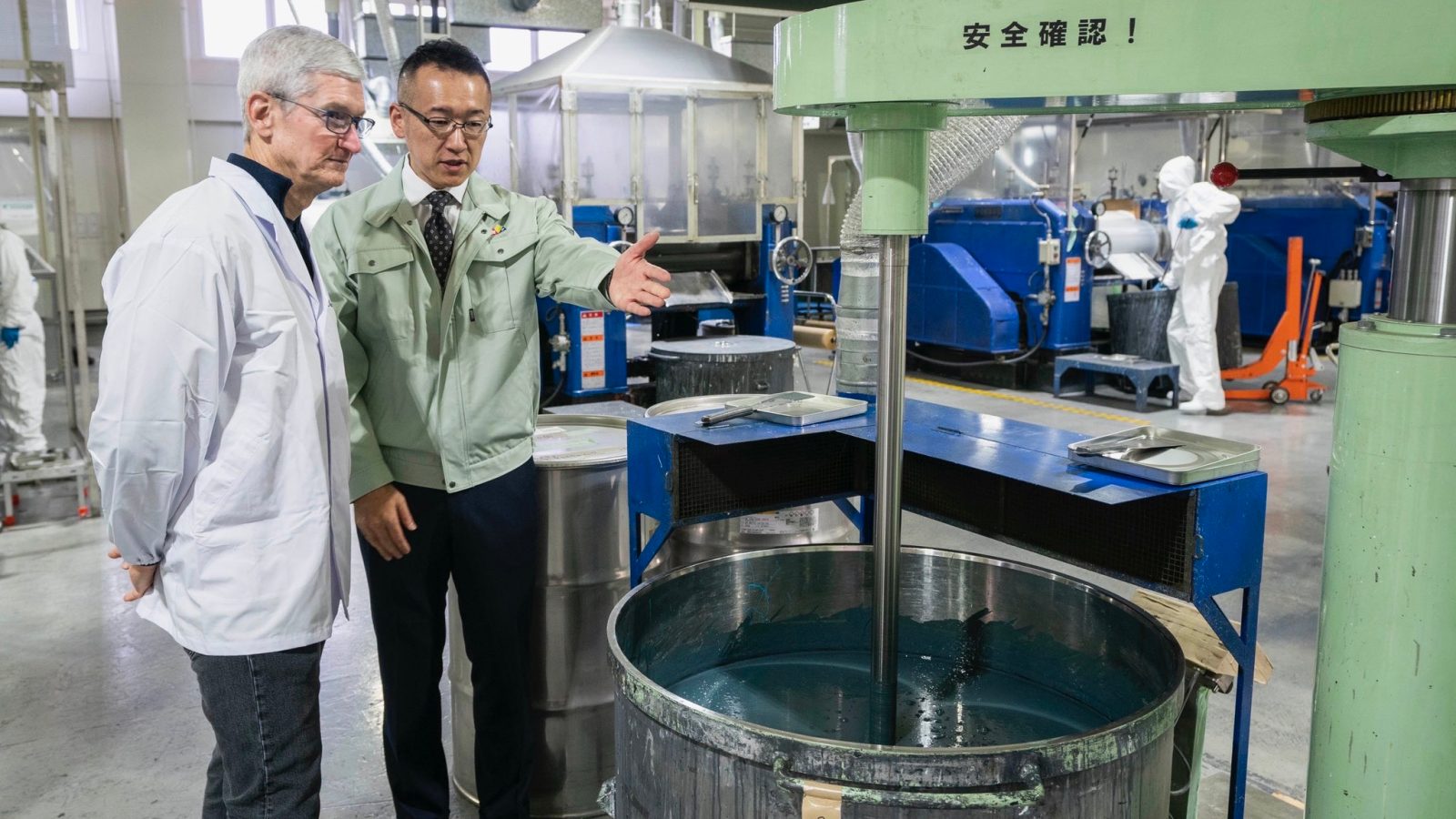 Update: While in Singapore today, Tim Cook gave an interview to the “Muttons In The Morning Show.” You can find that video below.

Cook first explained that Apple has a rather diverse supply chain, employing people in the United States and elsewhere.

“We’ve created well over 2 million jobs in the U.S.,” said Cook. “The glass on this iPhone is made by Corning in Kentucky. Several of the semiconductors in the iPhone are made in the United States. There’s enormous manufacturing happening in the U.S., just not the assembly of the final product.”

The Apple CEO specifically told the story of Apple’s partnership with Seiko Advance, which is a supplier focused on developing different iPhone colors used by Apple – including midnight green. This falls under Apple’s strategy of picking suppliers based on not on their location, but on expertise:

“The way that we do manufacturing is we look at all countries and look to see what skills are resident in each country, and we pick the best,” Cook said, pointing to Seiko Advance. “They’re the reason that we’re able to put this color on the iPhone. We’ve worked with them for years and we’ve grown together. Both parties enjoy working together, we push each other to innovate more.”

Also during the interview, Cook was asked about Apple’s culture and whether the smartphone industry has reached maturity. He explained that Apple’s goal is to always make things better, not to make changes for the sake of change. Cook added that Apple’s upcoming product line has “never been stronger,” nor has the company’s ability to innovate:

The full interview dives deeper into Tim Cook’s opinion on tech industry antitrust regulation, privacy, and more. You can read it here.