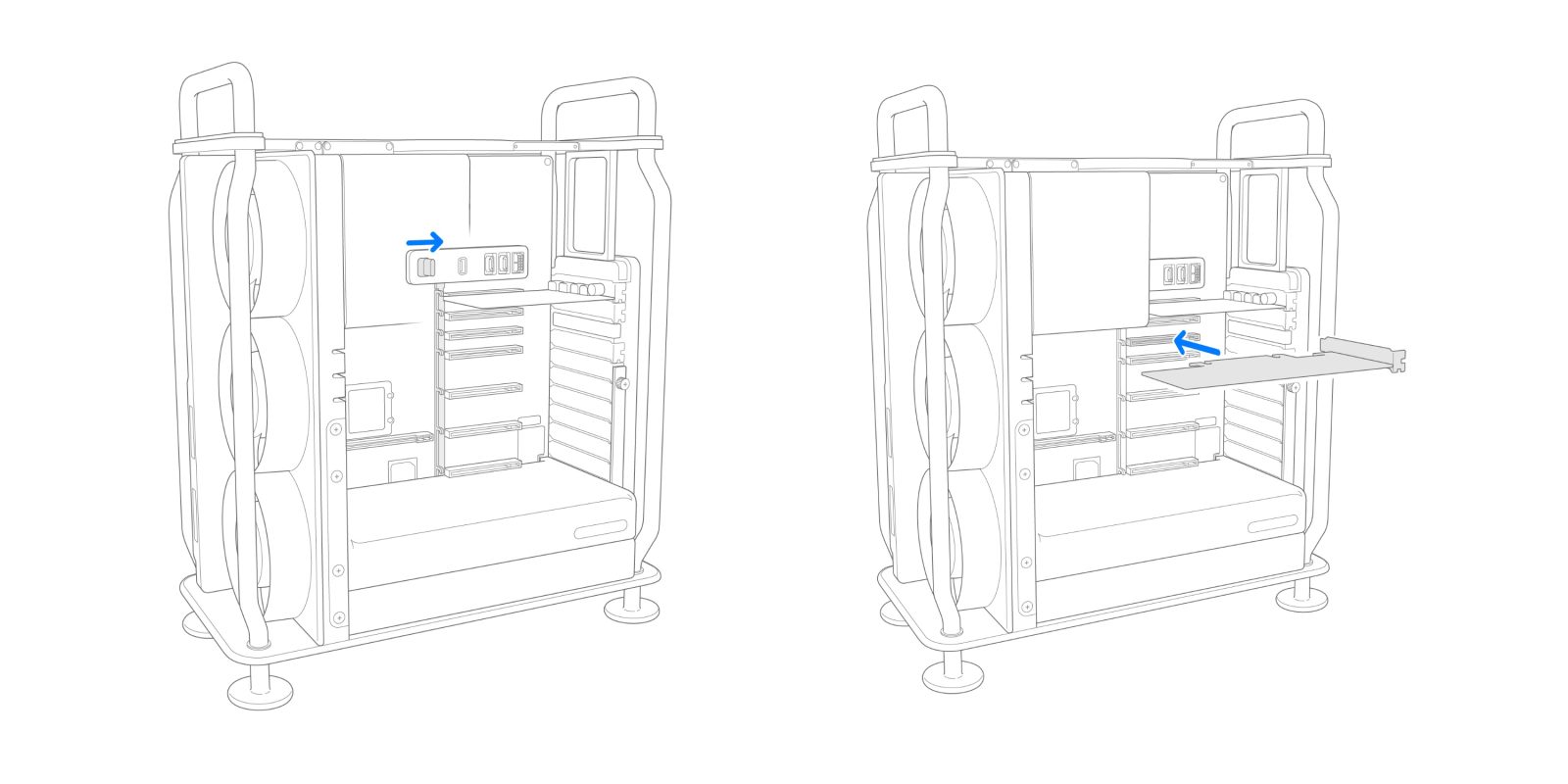 The new Mac Pro has a modular design that makes it easy to upgrade or swap out components. Read along for details on how to install PCIe cards as well as specs like the power of the PCIe bus and what types of PCIe hardware you can use.

Apple has shared great detailed information on upgrading the new modular Mac Pro. If you’re looking into the various PCIe hardware that’s compatible with Apple’s new pro desktop and how to install it, we’ve got all the specifics below.