MusicBot leverages the power of Shortcuts to enhance Apple Music, AirPlay 2, and HomePods 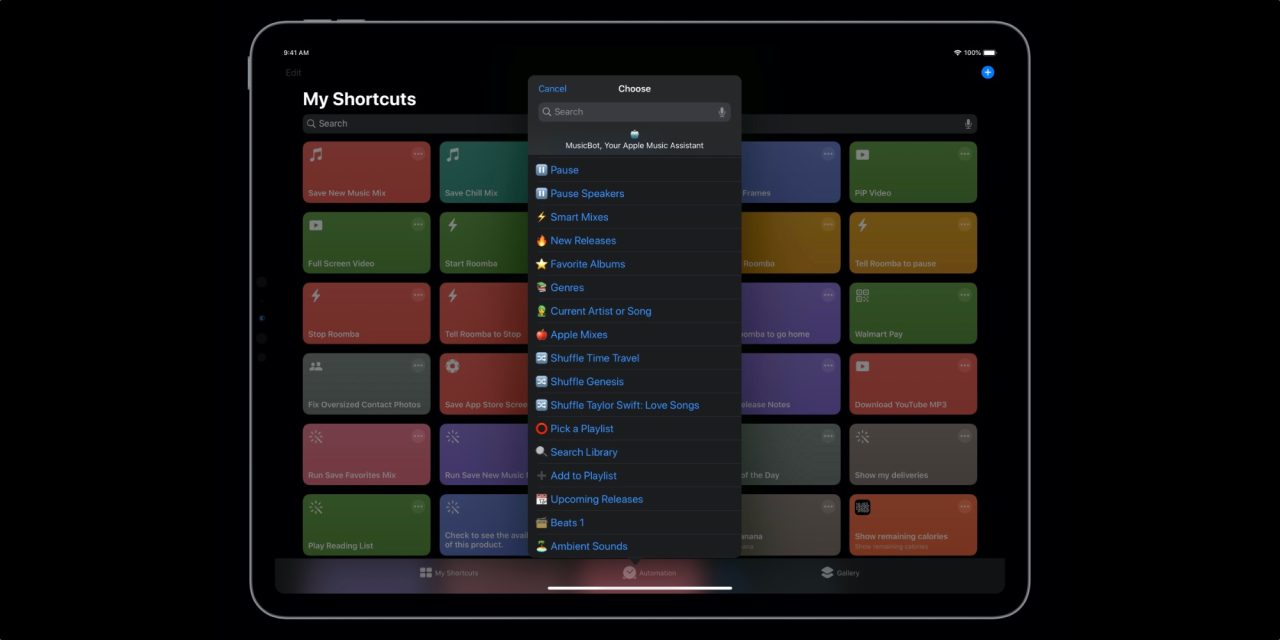 Apple Music is constantly getting better with interface improvements and new features for discovering music. What we don’t see as often are new power user features. MusicBot from Federico Viticci is a feature-packed set of actions built with Shortcuts that power users will love. The shortcut is loaded with almost 800 actions including useful ways to control AirPlay 2 and HomePods with Apple Music.

Federico describes MusicBot as “an all-in-one Apple Music assistant powered by Shortcuts.” The best way to understand what that really means is to try the MusicBot shortcut for yourself.

I created MusicBot for two reasons: I wanted to speed up common interactions with the Music app by using custom actions in the Shortcuts app; and I also wanted to build a series of “utilities” for Apple Music that could be bundled in a single, all-in-one shortcut instead of dozens of smaller, standalone ones.

It’s free to add to Shortcuts on iOS and iPadOS over iCloud, then there’s a brief setup process. MusicBot will ask you to name your three favorite playlists and a new calendar for new music releases. You also need to spell out your Favorites Mix playlist (since some locales use other spellings like Favourites).

Then you’re off to the MusicBot races! The advanced Apple Music shortcut can be launched from the built-in Shortcuts app on iOS 13.3 or later, then you can experiment with each included feature. Tapping MusicBot in Shortcuts will reveal the expansive list of actions, and many actions include nested options for controlling specific playlists and more.

You can also access MusicBot from the home screen by saving it there from Shortcuts (there’s even an awesome custom icon), from the Music app by adding it to the share sheet, or even from the Shortcuts widget (which can be pinned to the iPadOS home screen) for instant access.

MusicBot features include these and many more: 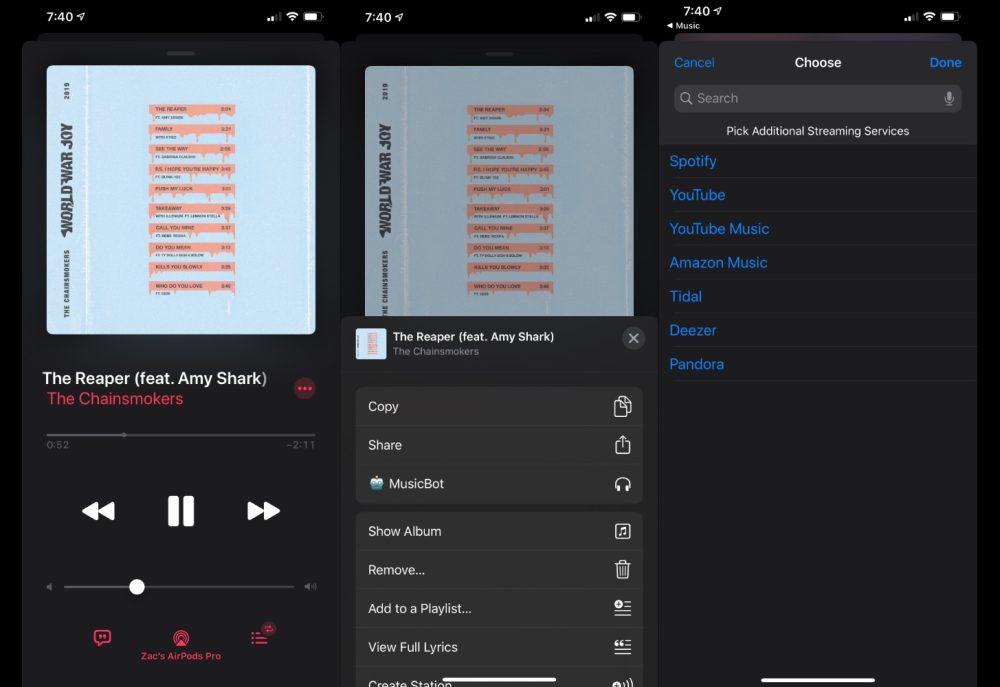 One of my favorite features that I didn’t know I needed is initiating the new ambient sounds feature on HomePod. You can start one of a few ambient sound loops by voice, but you need to know the lingo. MusicBot includes shortcuts to starting nature, rain, ocean, and white noise loops with a tap.

You can also share a currently playing song right from the Music app using the share sheet extension, and you aren’t limited to sharing the song as an Apple Music link. You can also include Spotify, YouTube, Pandora, and other service links. Just select each service that you want to include in your shared message including combinations of services. 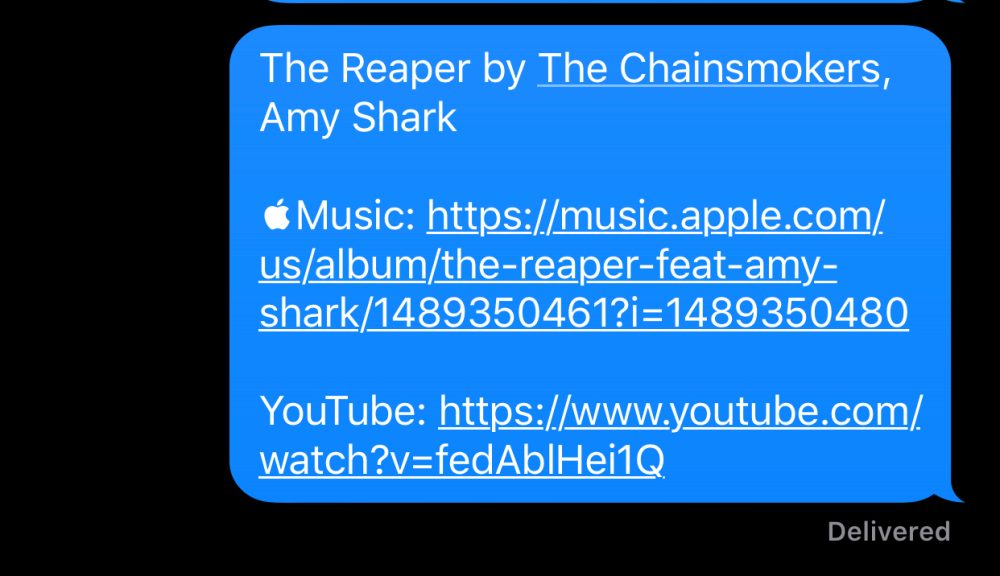 Various actions will require granting permission initially for different types of data access like communicating with your music library, then the shortcut will run smoothly going forward.

MusicBot is a must-have collection of utilities that any Apple Music subscriber can use, and power users will especially love the expanded set of actions. Find out more about MusicBot and Shortcuts at MacStories.net.