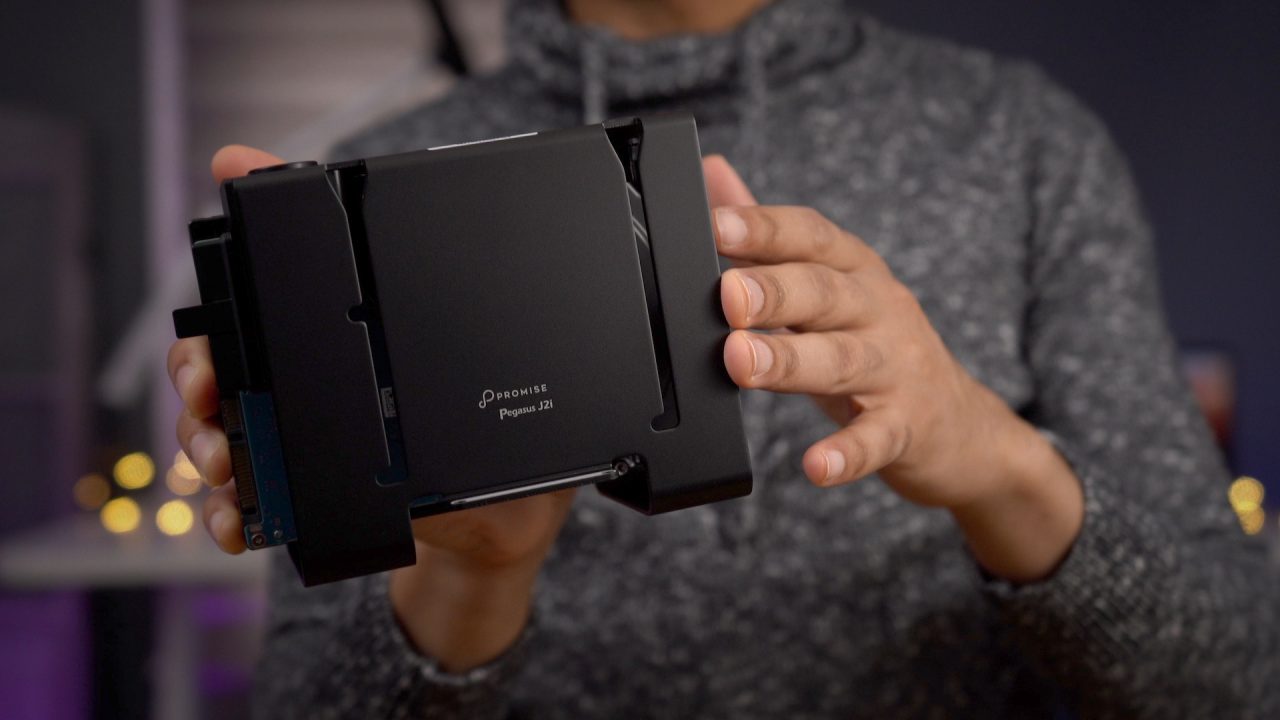 The Promise Pegasus J2i is a two-bay SATA enclosure with a pre-installed 3.5-inch 8TB HDD that fits inside the Mac Pro. Should you consider it? Watch our hands-on walkthrough for the details.

Inside the Pegasus J2i box, you’ll find a dual SATA connector with 10-pin power to connect to the Mac Pro logic board, along with the J2i enclosure itself. Promise also includes step-by-step instructions inside the box.

Promise worked together with Apple on this enclosure, so as you might expect, it features an extremely well-thought-out design. Although it’s not as straightforward as the Promise Pegasus R4i RAID MPX module’s plug-and-play setup, it doesn’t take long to configure the J2i to get it ready for installation. 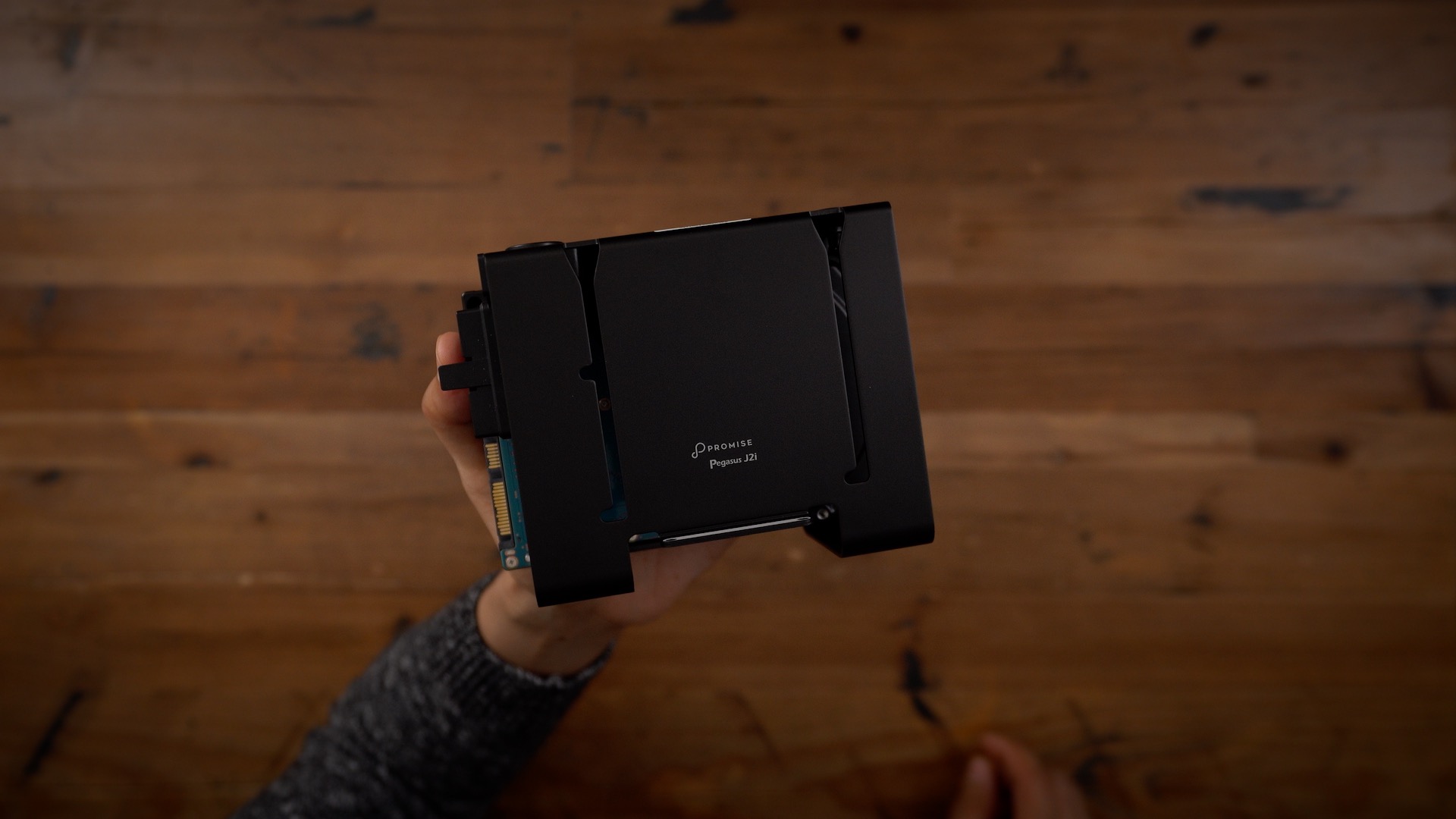 If you’re only interested in using the included 8TB HDD, then you can begin installing it inside your Mac Pro immediately. If, however, you wish to add a second HDD, you’ll need to install the second drive first. 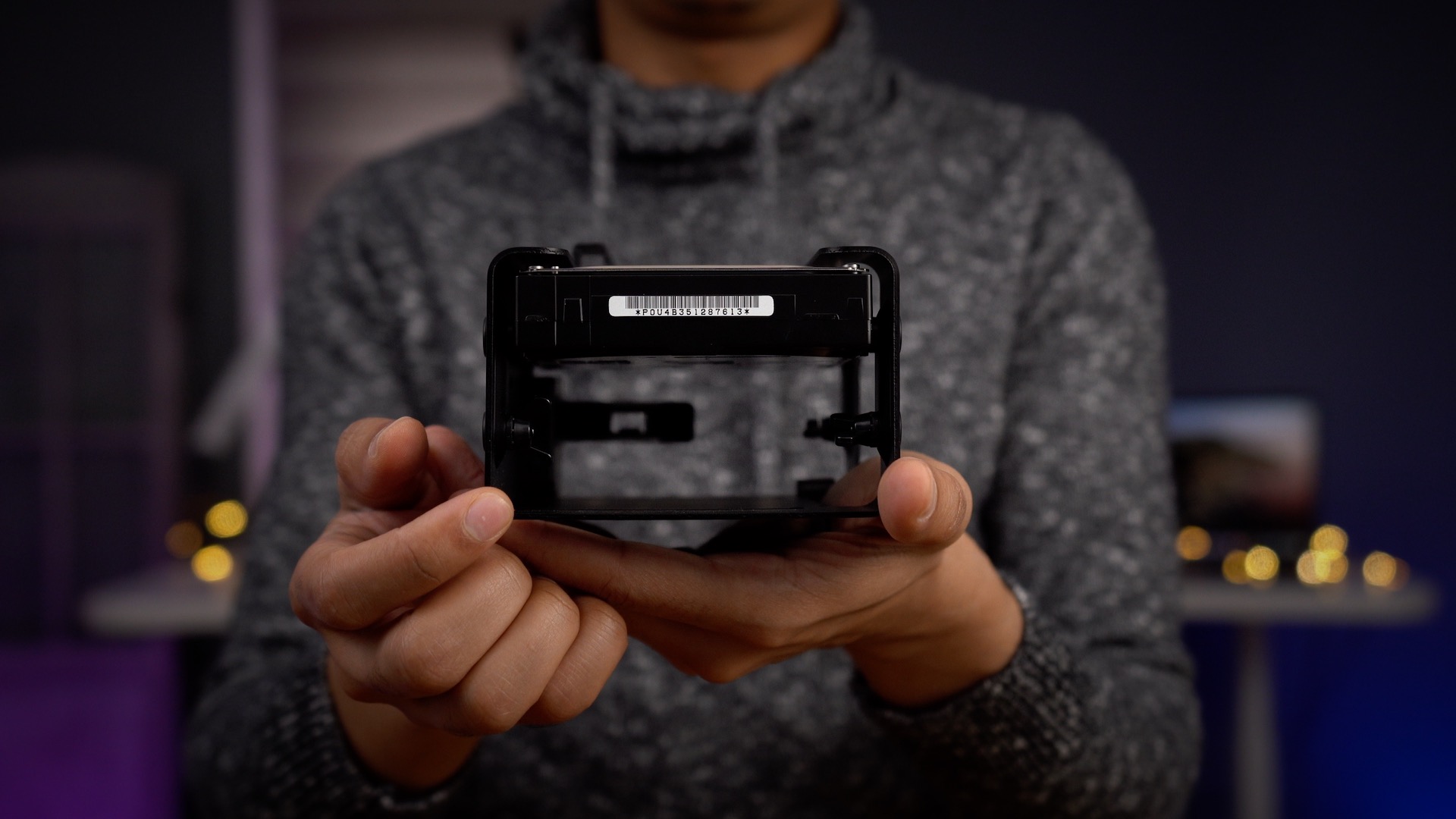 Installing a second drive is as easy as removing the four screws that secure the HDD, sliding the drive into place, and securing it down with the same four screws. 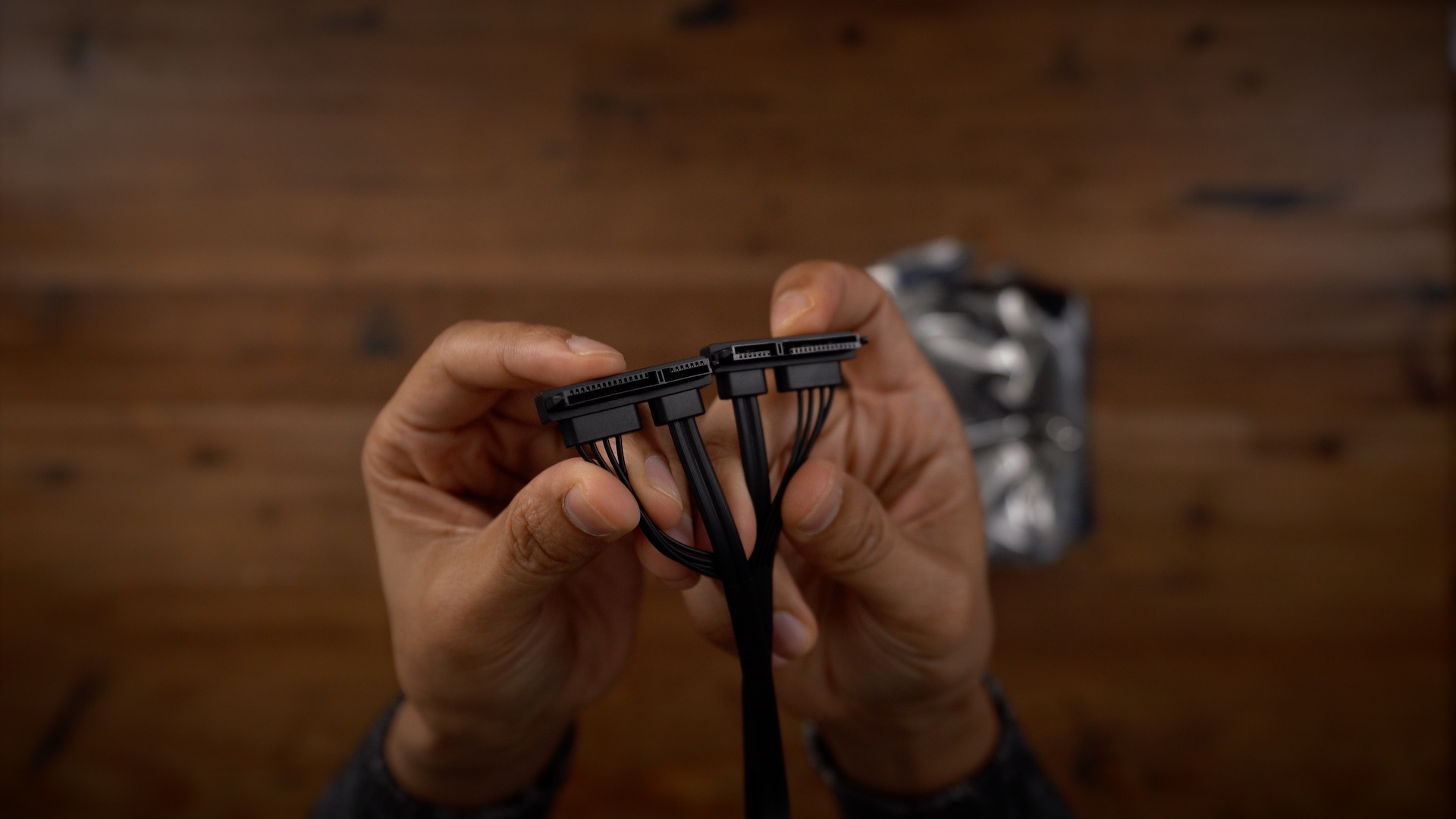 The J2i includes SATA connectors for up to two HDDs 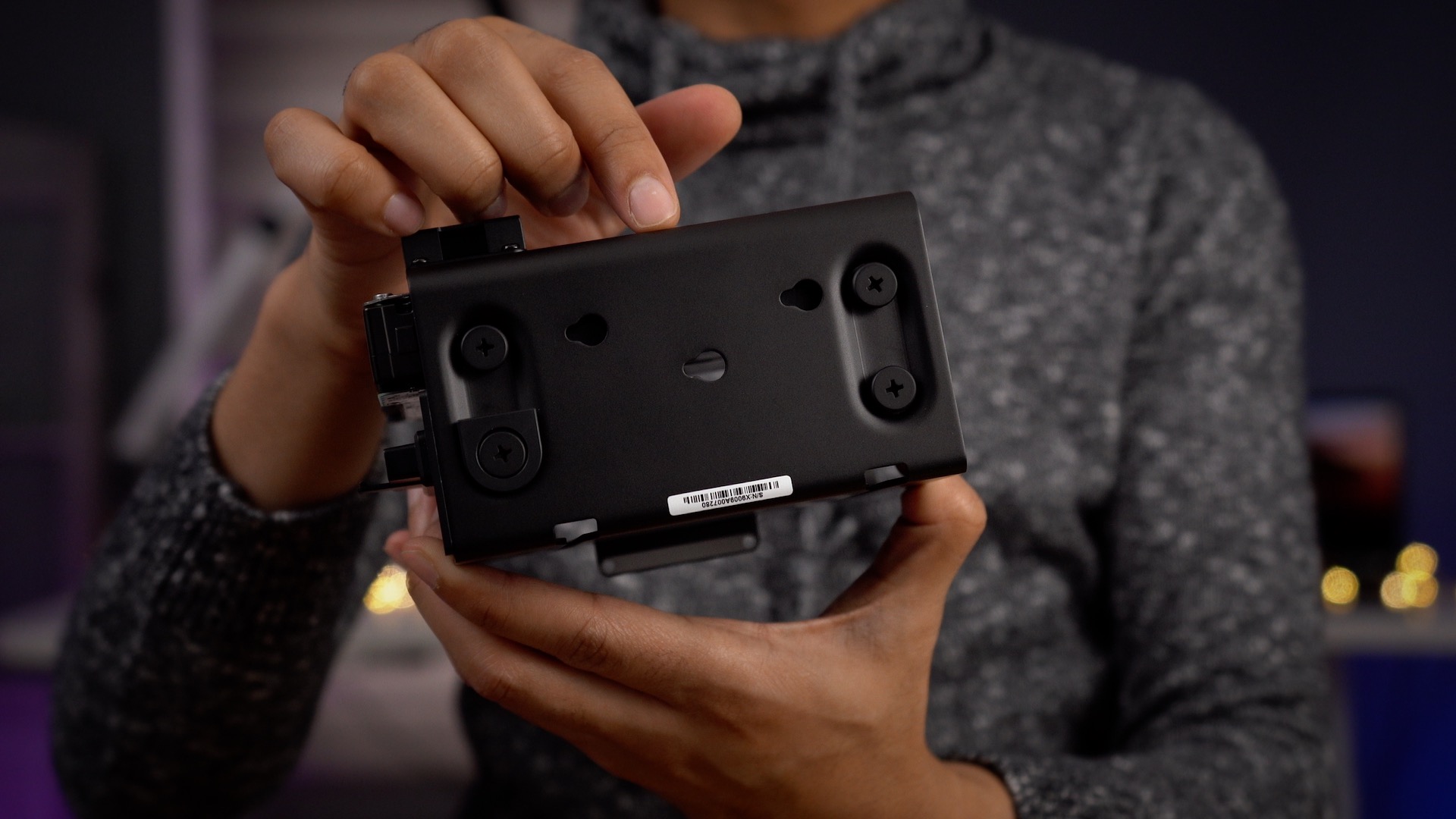 Mounting holes for the studs above the Mac Pro logic board

Before installation, you’ll need to connect the included SATA connectors and 10-pin power connector to the logic board. Afterward, you’ll need to remove the notch at the top of the Mac Pro space frame via a T8 torx bit. This notch, which features holes that align to the J2i chassis, prevents the enclosure from moving around once installed. 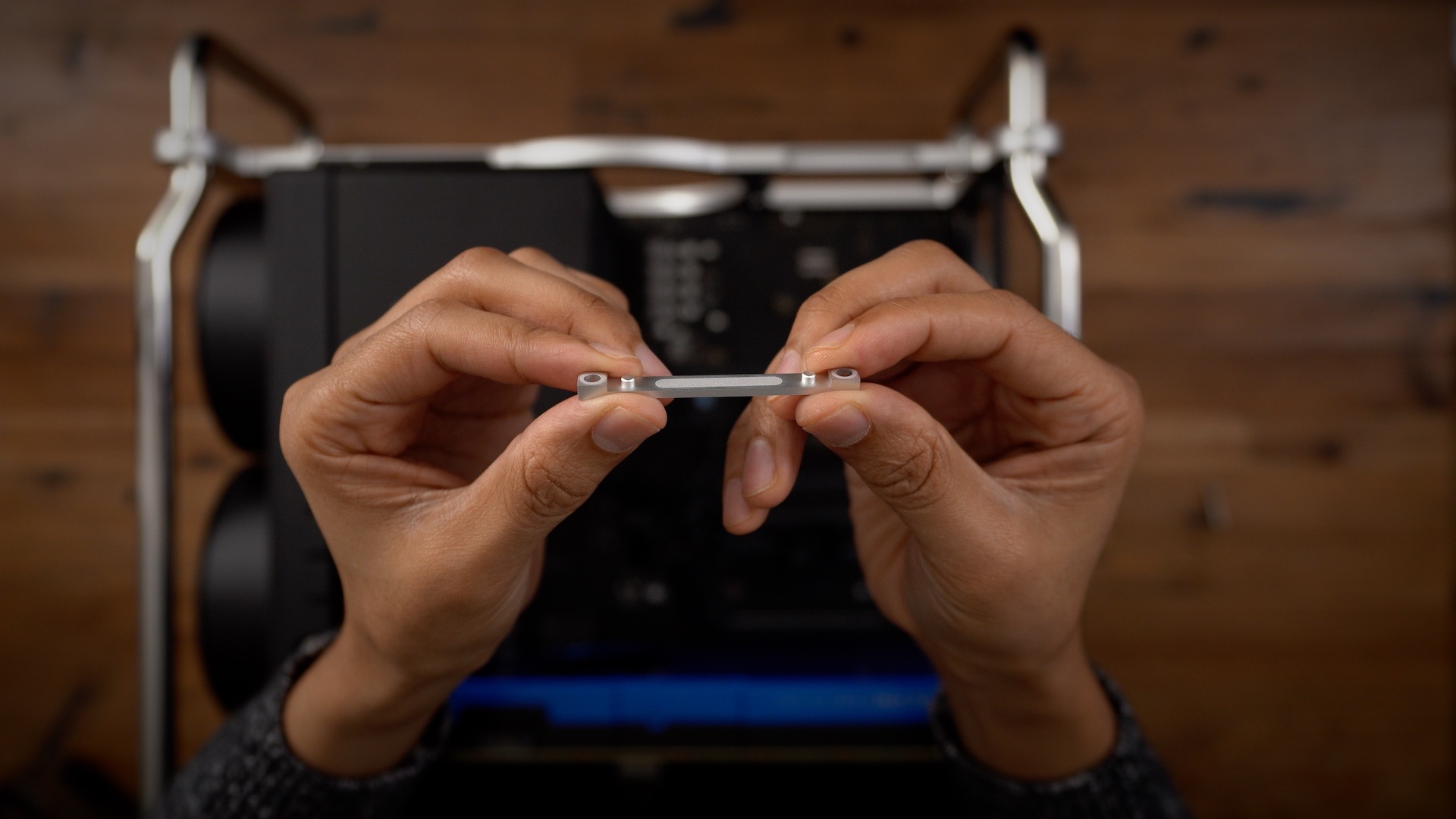 After removing the notch, align the J2i’s two L brackets with the two mounting studs near the top of the space frame. The J2i will slide along until its bottom portion aligns with three additional mounting studs resting above the logic board. Once aligned properly, simply slide the J2i to the right to lock it into place, and secure the notch via the torx screws removed earlier to fully lock it into place. 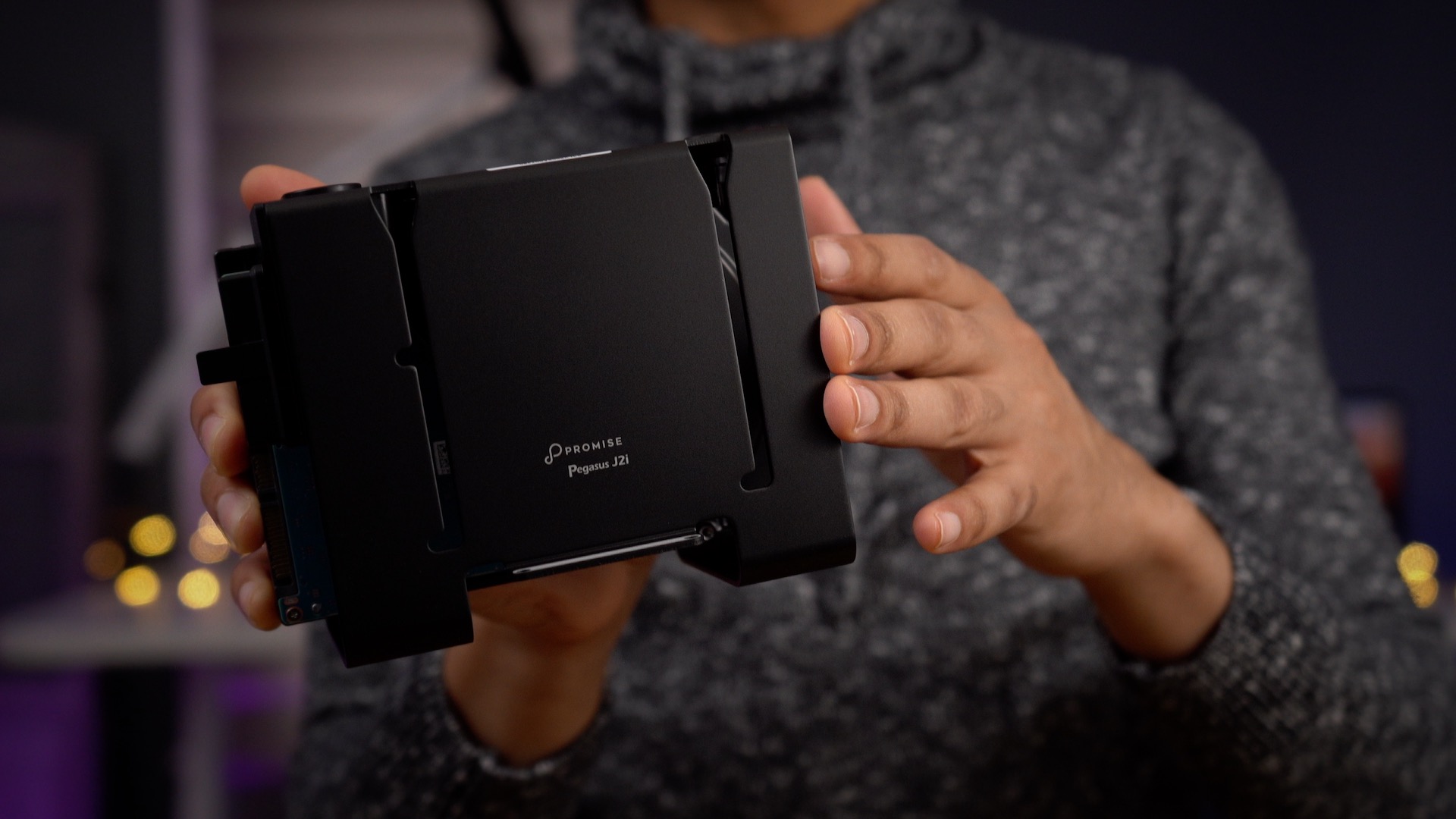 The above process may sound complicated, but it can be done in just a few minutes. The craftsmanship and design really show how well integrated the J2i is with the rest of the Mac Pro chassis. It’s almost as if the J2i, sans 8TB SSD, should have been included as a removable part of the Mac Pro to begin with… 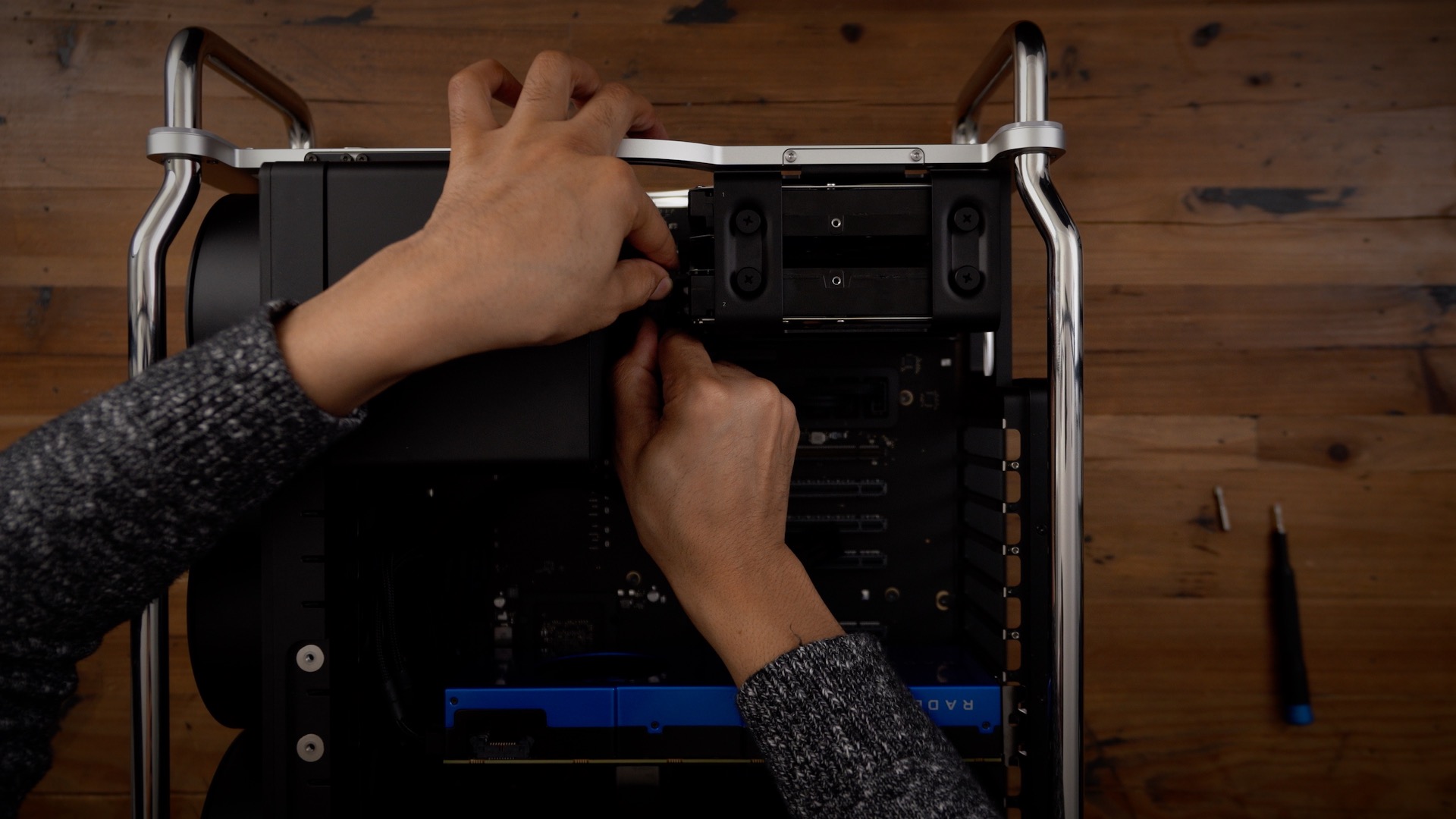 From there it’s just a matter of connecting the SATA connector to the back of the drive(s). If you didn’t opt to install a second drive, Promise includes a handy connector mount to secure the second SATA connector out of the way. There’s also a small notch area at the bottom of the J2i enclosure to route the SATA cable for the cleanest install possible. 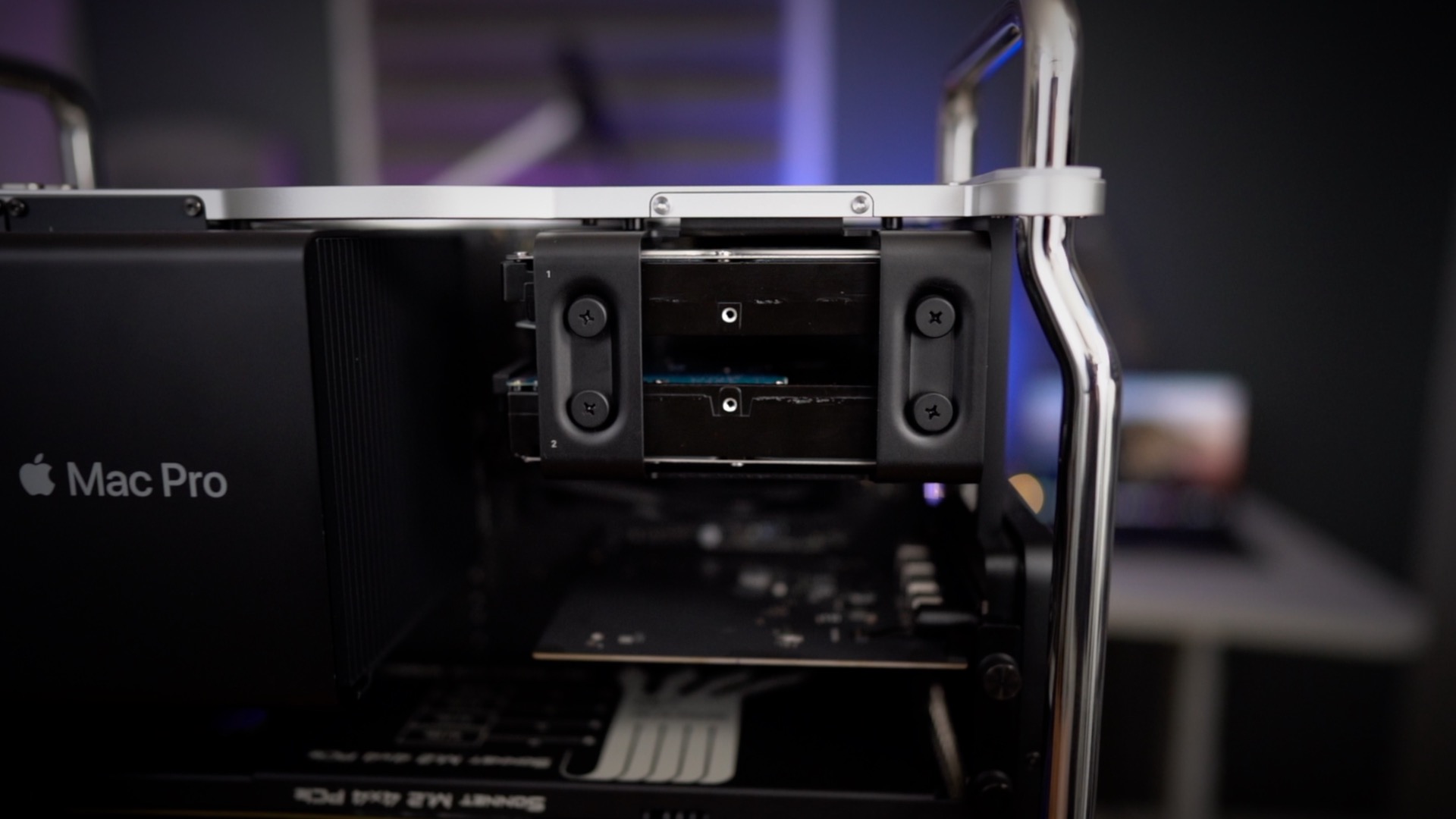 Overall I was very impressed with the overall build quality of the enclosure, along with how precise it fits inside the Mac Pro. There are no sharp edges to be found, and it features a top-notch design for a product that will hardly ever be seen.

With only a single 8TB 7200 RPM spinning disk, you should set your expectations accordingly. Don’t plan on breaking any speed records with the J2i, but with the limitations of SATA III and/or a mechanical hard drive, that sort of goes without saying. 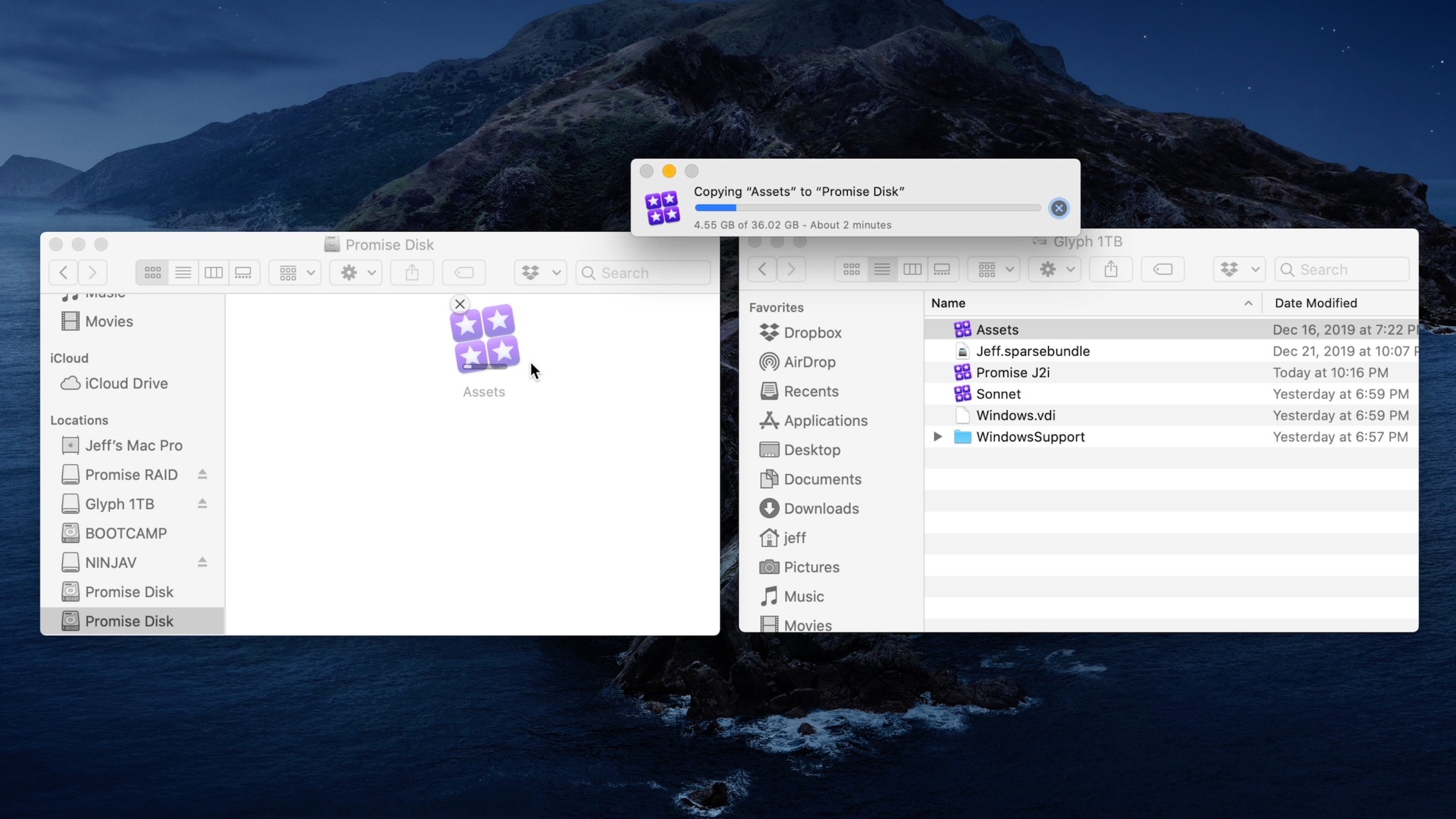 Promise says that only 3.5-inch drives are compatible with the J2i, but I tested a Samsung 2.5-inch SATA SSD, and it worked perfectly fine. The reason for this disclaimer is likely because there’s no way to mount a 2.5-inch drive successfully using the stock parts, something that can likely be solved by a visit to Amazon. 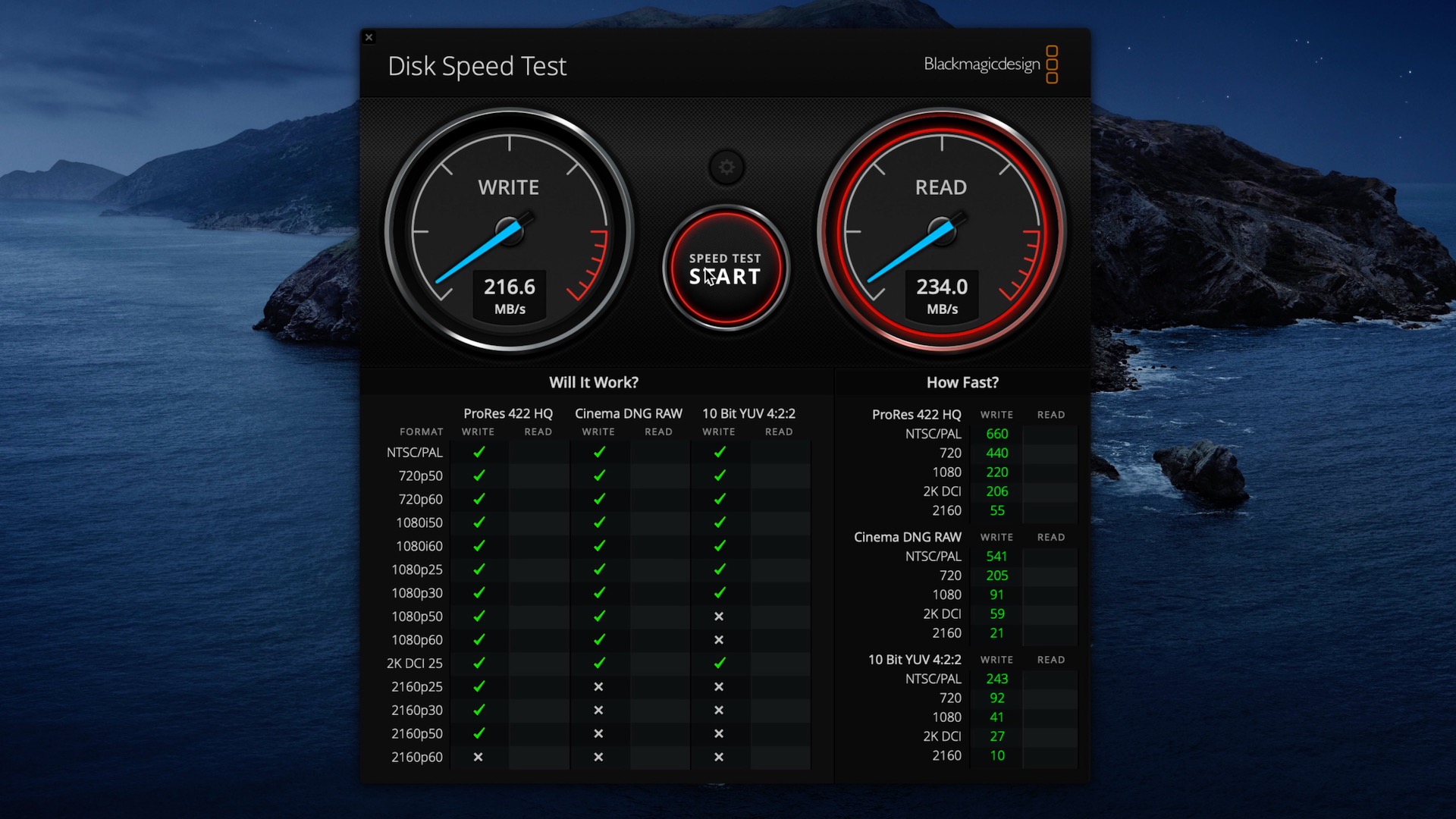 Although the J2i doesn’t feature built-in hardware-based RAID like its bigger brother, the MPX-driven R4i, the J2i supports appleRAID setups for those looking for the redundancy that RAID 1 offers.

It’s nice to have the option to install a 3.5-inch drive inside the Mac Pro, an option that wasn’t otherwise possible with the stock Mac Pro chassis. Not everyone needs super-fast internal storage or a RAID array, and this J2i unit is for those people. 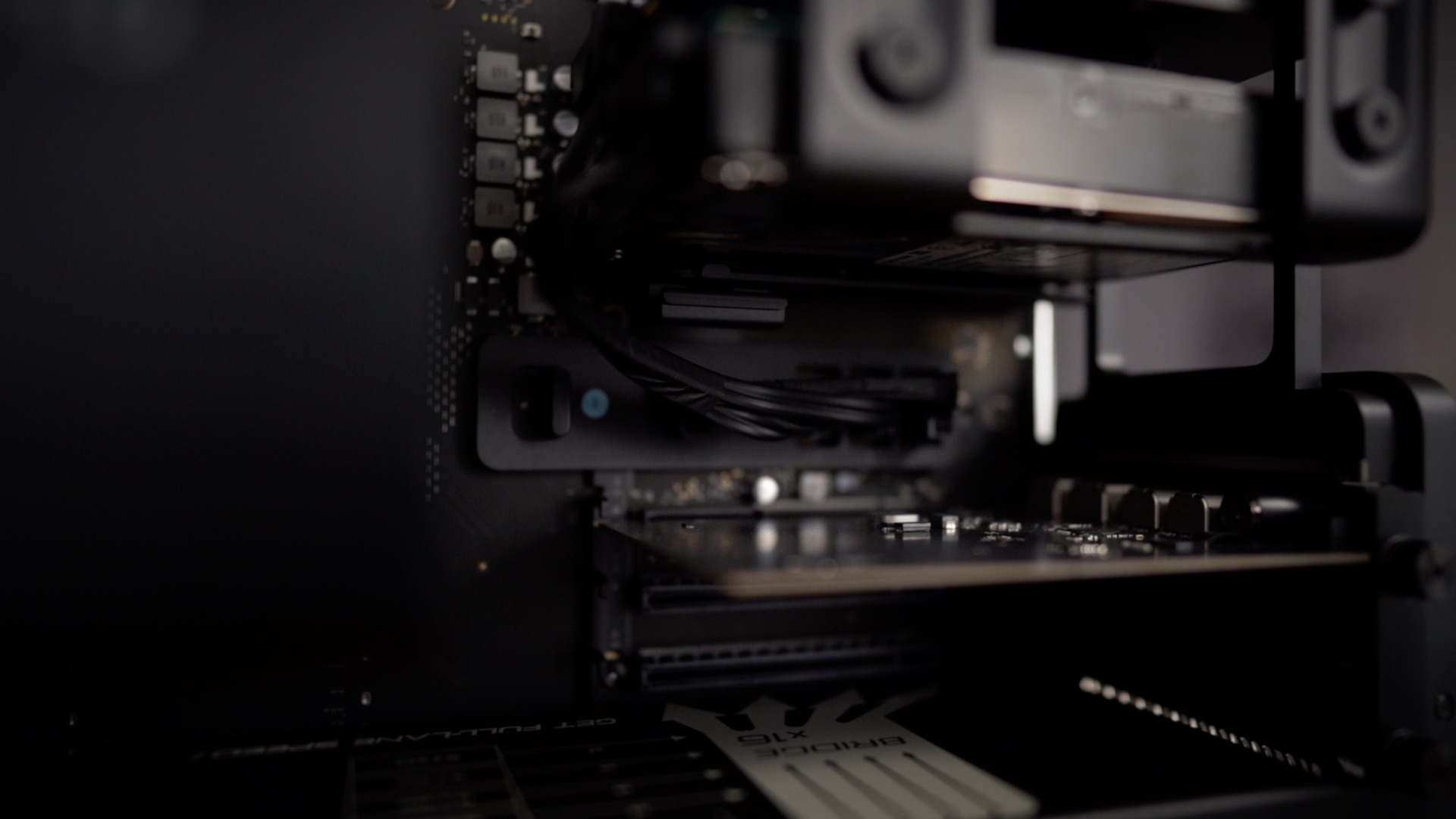 Having one or two 3.5-inch mechanical hard drives lends lots of flexibility to Mac Pro users. You could use such storage as a built-in Time Machine backup destination, or virtually anything else that doesn’t rely on fast read/write speeds.

That being said, I can’t help but feel a little at odds with the fact that we have to pay $400 just for the option of having a place to install 3.5-inch drives inside the Mac Pro. I guess what I’m saying is that I wish there was a J2i option that didn’t include a 7200 RPM 8TB HDD. Plenty of people already have drives they’d like to use laying around the house and don’t necessarily need the Toshiba drive, which significantly drives up the cost of this unit. 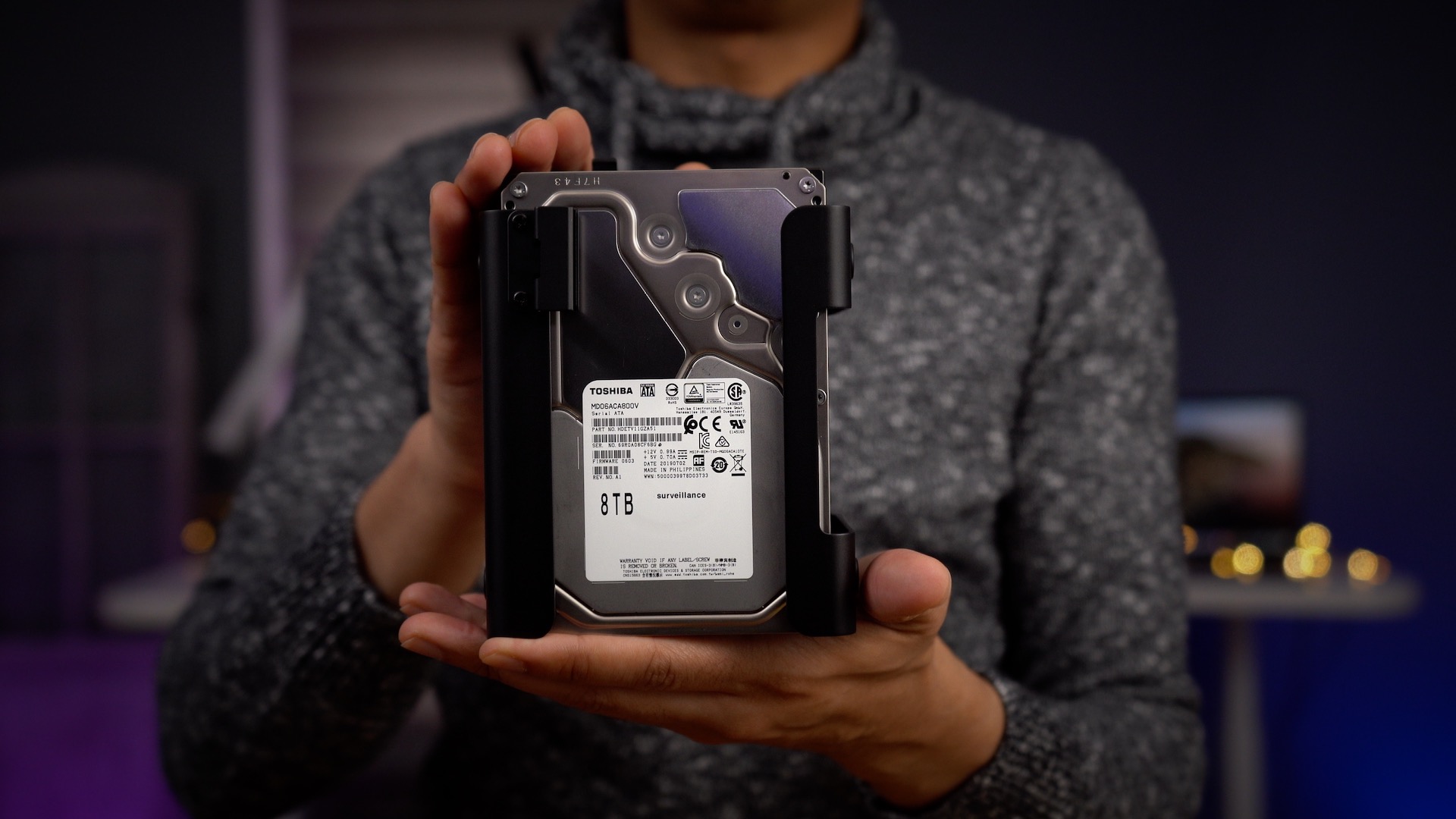 That’s not to say that the J2i is a bad value, because it’s not. These 8TB Toshiba surveillance drives aren’t cheap and make up the majority of the cost of the $399.95 J2i. The unit makes sense for those looking for a quick way to add lots of storage to their Mac Pro. 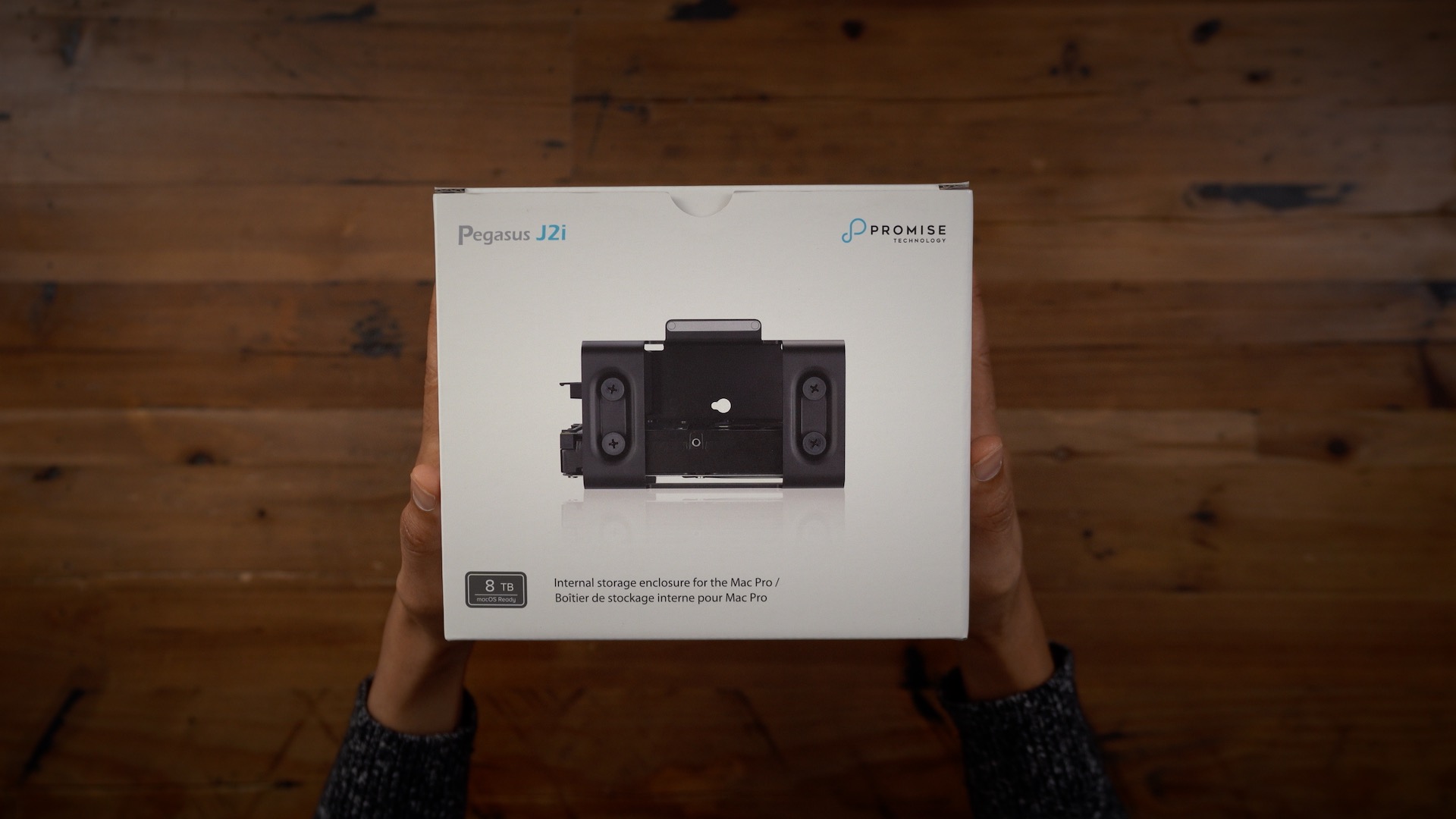 I just wish there were two versions of the Promise Pegasus J2i available for sale: one with the 8TB HDD for $399.95, and just a standalone chassis and SATA connectors for around $99.95.