The inside story of the ‘AppStore’, Salesforce’s Marc Benioff, and a gifted URL to Steve Jobs 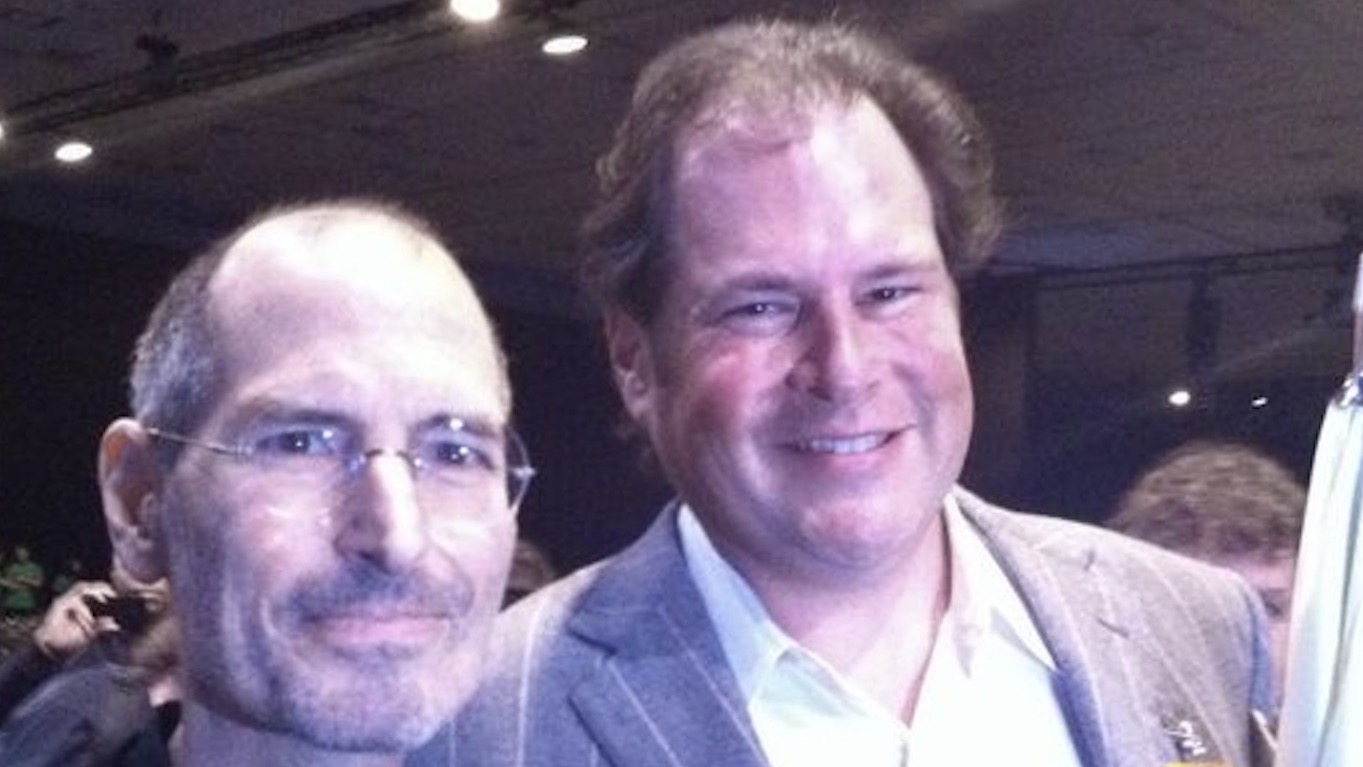 TechCrunch shared the fun story about how Benioff came up with the name “AppStore.com” for Salesforce after getting advice from Steve Jobs back in 2003. The details were shared in Benioff’s book that was released last fall, Trailblazer: The Power of Business as the Greatest Platform for Change as well as in an interview with Salesforce co-founder and CTO Parker Harris.

the idea for the app store came out of a meeting with Steve Jobs three years before AppExchange would launch. Benioff, Harris and fellow co-founder Dave Moellenhoff took a trip to Cupertino in 2003 to meet with Jobs. At that meeting, the legendary CEO gave the trio some sage advice: to really grow and develop as a company, Salesforce needed to develop a cloud software ecosystem. While that’s something that’s a given for enterprise SaaS companies today, it was new to Benioff and his team in 2003.

Benioff found clarity for the implementation at dinner one night, he shared in his book:

One evening over dinner in San Francisco, I was struck by an irresistibly simple idea. What if any developer from anywhere in the world could create their own applications for the Salesforce platform? And what if we offered to store these apps in an online directory that allowed any Salesforce user to download them?

What name did he land on? AppStore.com and he registered the domain the next day. Funny enough though, customers liked the idea but weren’t into the name.

When Benioff talked to customers prior to the launch, while they liked the concept, they didn’t like the name he had come up with for his online store. He eventually relented and launched in 2006 with the name AppExchange.com instead. Force.com would follow in 2007, giving programmers a full-fledged development platform to create applications, and then distribute them in AppExchange.

So AppStore.com went unused and then Benioff was “floored” when Jobs unveiled the App Store.

Meanwhile, AppStore.com sat dormant until 2008 when Benioff was invited back to Cupertino again for a big announcement around iPhone. As Benioff wrote, “At the climactic moment, [Jobs] said [five] words that nearly floored me: ‘I give you App Store.”

Even though Apple didn’t really need it since the App Store wasn’t web-based, he thoughtfully signed over the domain to AppStore.com to Jobs that day, a kind gesture for his mentor who helped him evolving and growing Salesforce.

Benioff wrote that he and his executives actually gasped when they heard the name. Somehow, even after all that time had passed since that the original meeting, both companies had settled upon the same name. Only Salesforce had rejected it, leaving an opening for Benioff to give a gift to his mentor. He says that he went backstage after the keynote and signed over the domain to Jobs.