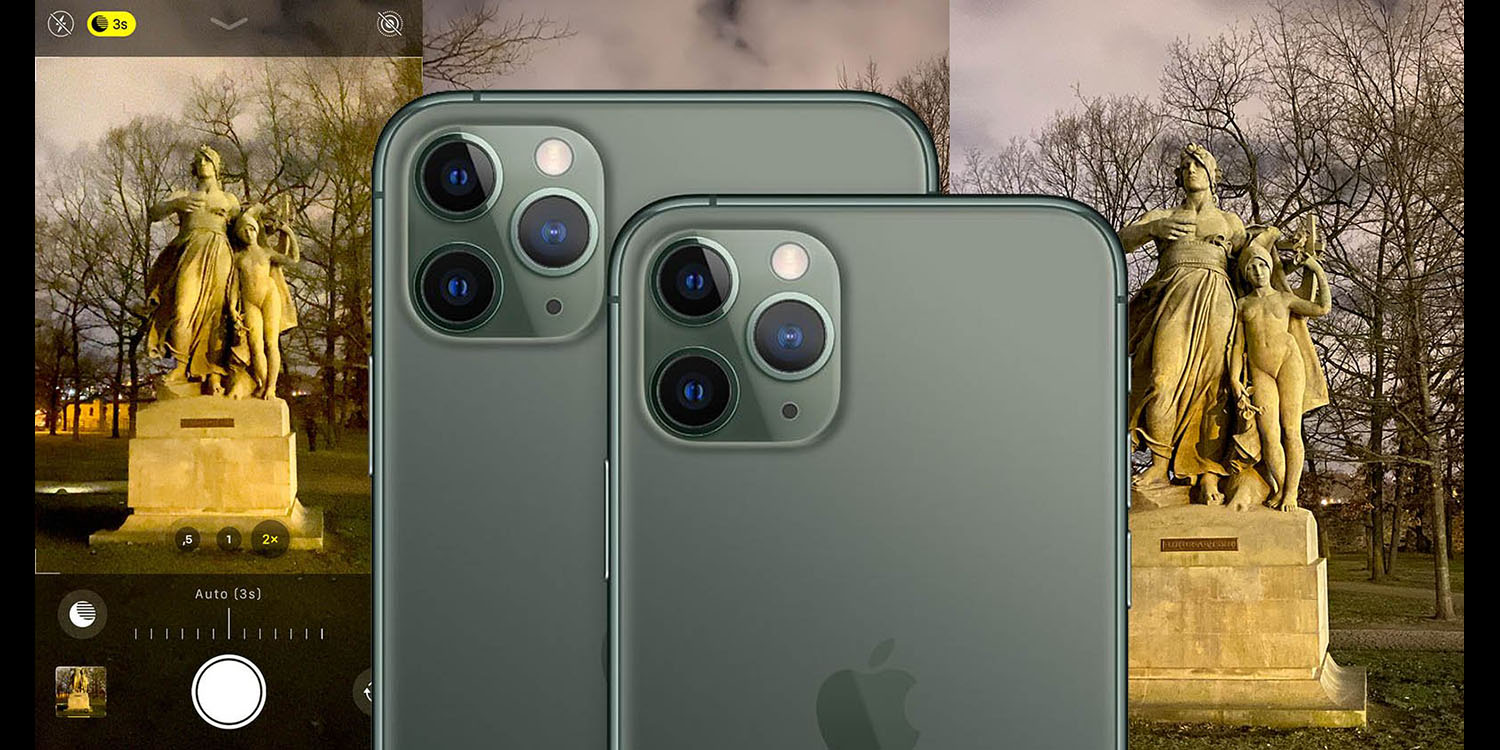 Amos Chapple noticed the same thing I and others had found: when you select Night mode while shooting with the 2x lens, the EXIF suggests that the phone was using the 1x lens and then digitally cropping.

This was disguised by the resolution. Normally, if you crop an image, you end up with a lower-resolution image – fewer pixels. But Apple digitally upscales these images to provide the same 4032×3204 output, exactly what you’d expect of an uncropped image.

John Gruber last year carried out a simple test to prove it wasn’t an EXIF glitch.

It’s even easier to see it for yourself by simply obscuring the lenses one at a time with a fingertip or piece of paper. Cover the telephoto and you can still shoot “2×” Night Mode shots.

Gruber said Apple had been ‘somewhat obfuscatory ‘ about this, which was why many reviewers were under the impression Night mode worked with the telephoto lens too. After carrying out the same finger test, Chapple goes further and says that this amounts to Apple lying by omission.

It turns out that the “Night Mode” doesn’t actually work with the iPhone’s telephoto lens, yet the phone goes out of its way to look like it does […]

Apple fooled me as well as some highly influential tech journalists, one of whom noticed the low quality from the “telephoto” Night Mode but concluded that “images look best with the wide-angle camera as it is the better lens” […]

What I find particularly misleading is that Apple has upscaled the digitally zoomed photo so that the image size (3024 x 4032px) remains the same, making it harder to guess at a glance that the image is a low-quality digital zoom.

In Apple’s marketing they specify which lenses “(Wide and Telephoto)” employ optical image stabilization, but on the very same page of specs say only “Night Mode” under the list of camera attributes, leaving out the key detail that it is only available on the wide lens.

I find that disappointing, not from a tech but from an honesty standpoint. The camera on this phone is incredible, and I doubt anyone would begrudge Apple limiting the power of Night Mode to one lens. But it could have been open about this instead of fudging the details. Lying by omission is still lying.

In Apple’s defense, it should be noted that the digital upscaling is something it has long done with telephoto images. If you pinched in with your fingers to digitally zoom, the phone upscaled the image afterward to give the same resolution as an uncropped shot. So this isn’t something new Apple is doing to disguise the reality here, but it would be fair to say that the company has been less than completely clear, and seemingly hasn’t corrected the reviewers who got it wrong.