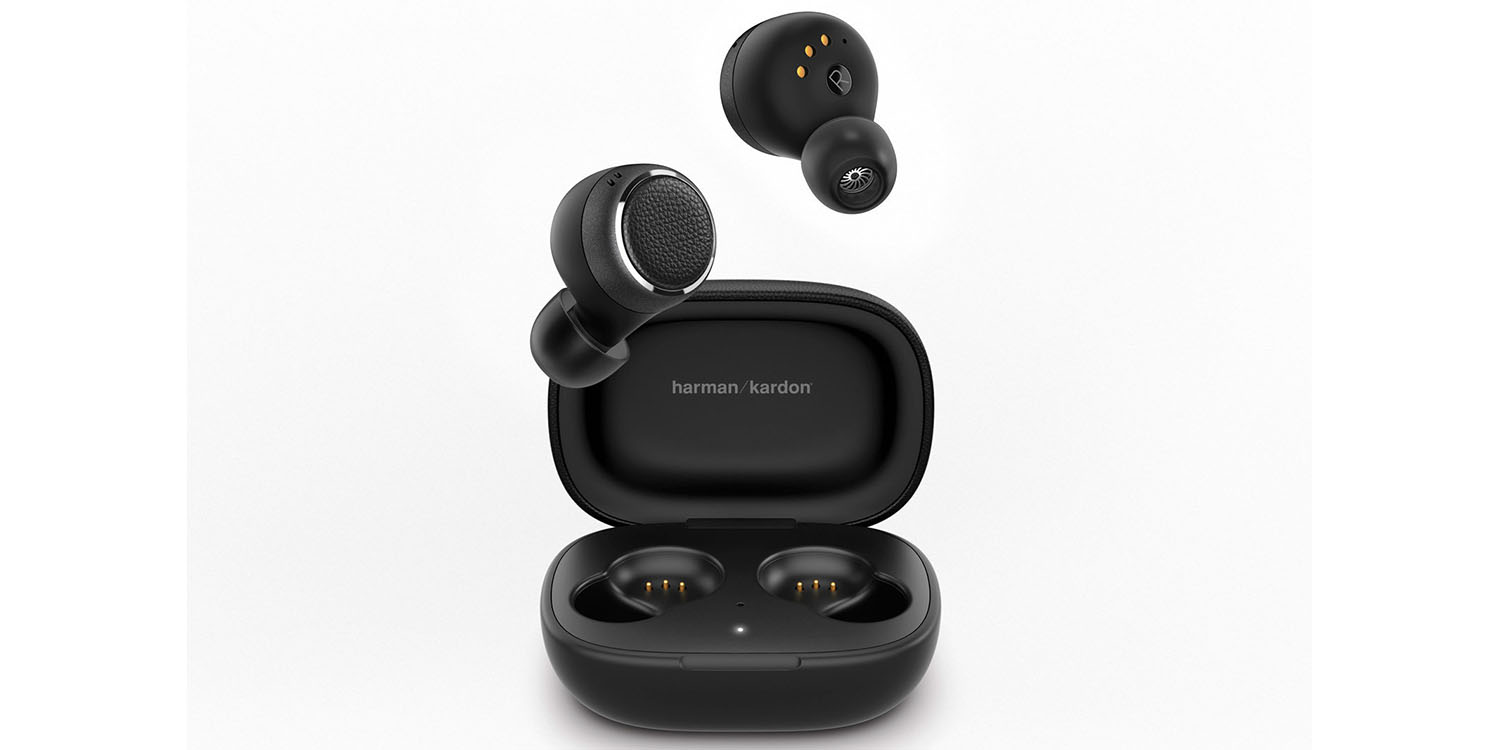 Harman Kardon is perhaps best known to Apple fans for its transparent Soundsticks speakers once sold in Apple Stores, and a popular pairing with a range of Macs. But the company also used to make headphones, and it has now returned to the market ready to go head-to-head with Apple’s AirPods …

As Engadget notes, it’s been more than five years years since the launch of the company’s last headphones.

Harman Kardon is coming back to headphones after a six-year absence, and it’s making up for lost time by seizing on all the latest trends. It’s introducing a new Fly wireless audio lineup headlined by the Fly TWS (above), a set of true wireless earbuds that promises a few advantages over others at its price. The battery life is so-so at five hours for the buds themselves and a combined 15 hours with the charging case, but you’ll get sweat and rain resistance, fast charging, touch control (including voice assistant support), and in-ear detection for $150.

It will also be the first since the company’s acquisition by Samsung in 2017.

Harman Kardon is also trying its hand at the over-ear ANC market currently dominated by the Bose 700, Sony WH-1000XM3, and Bowers & Wilkins PX7, all in the $350-$400 range. The company is pitching its Fly ANC headphones competitively against these models, at $250.

The over-ears aren’t sweat-resistant, but they tout 40-mm drivers with a sound ‘optimized for travel’ and, as the name suggests, active noise cancellation to drown out noisy aircraft cabins. The headphones also boast touch control and voice assistant support. Battery life is respectable at 20 hours with both Bluetooth and noise cancelling engaged, 30 hours of wireless listening with ANC off, and 35 hours with the included wire and ANC active.

There’s no word yet on availability.

Apple likely won’t be too worried by the extra competition. It was recently estimated that the company sold $6 billion worth of AirPods last year, and may double that number this year.