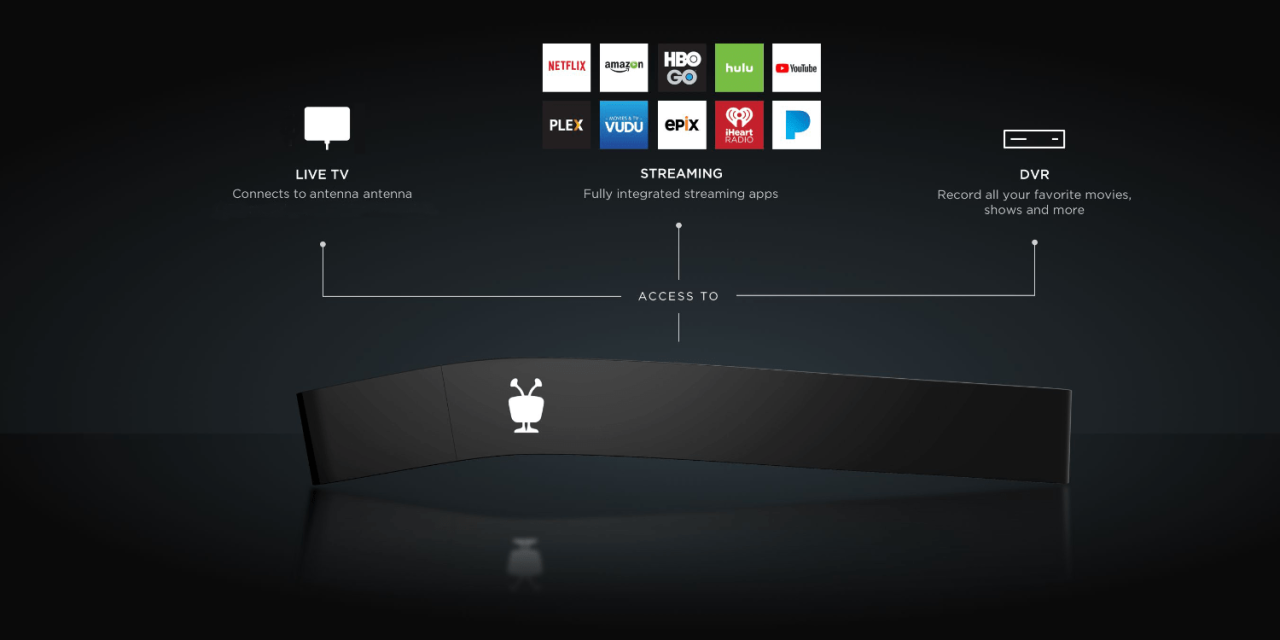 At CES last year, TiVo teased that it would release an Apple TV application sometime in 2019, but that ultimately never came to fruition. At CES 2020, TiVo executives are telling a different story — and it’s not good news for Apple TV owners.

TiVo’s primary focus at CES 2020 is its new TiVo Stream 4K, which is an Android TV-powered dongle that ditches DVR in favor of streaming content. In an interview with TechHive at the show, TiVo vice president of consumer products and services Ted Malone said that TiVo’s newfound focus on streaming video means other things are taking a backseat.

When asked about the lack of news around the TiVo apps for Apple TV and Roku, Malone said that the apps are “in limbo.” Things are a bit more optimistic for Fire TV users, given that Fire TV apps are based on Android and Android is what powers the TiVo Stream 4K.

“My bet is we’ll get Android, and because of that we’ll get the Fire TV, because it’s the same app, just different qualifications,” Malone said. “I think Roku and Apple are in limbo.”

Why is TiVo backing off of its promise for an Apple TV app? Putting it bluntly, Malone said that such an app is unlikely to “move the needle” for TiVo’s business.

“If we really believe the streaming market is where it’s at, we need to double down on that and not get distracted by a bunch of things that other people want, but aren’t really going to move the needle.”

With that being said, Malone also noted that TiVo has faced technical issues. The TiVo app for Apple TV was pitched as a way to view live and recorded TiVo content, similar to the TiVo Mini Vox, but without buying new hardware. Malone explained at CES that developers have hit roadblocks because TiVo must transcode the video before streaming it to other devices. This causes issues with quality and reliability, and TiVo has yet to solve the problem, according to Malone.

Since I wrote about TiVo’s promise of an Apple TV app at CES last year, I’ve received many questions about the fate of the app. While this likely isn’t the news TiVo users were hoping for, it’s better than the silence we were getting from TiVo up until now. Ultimately, while TiVo hasn’t officially canceled plans for its Apple TV app, things aren’t looking good.