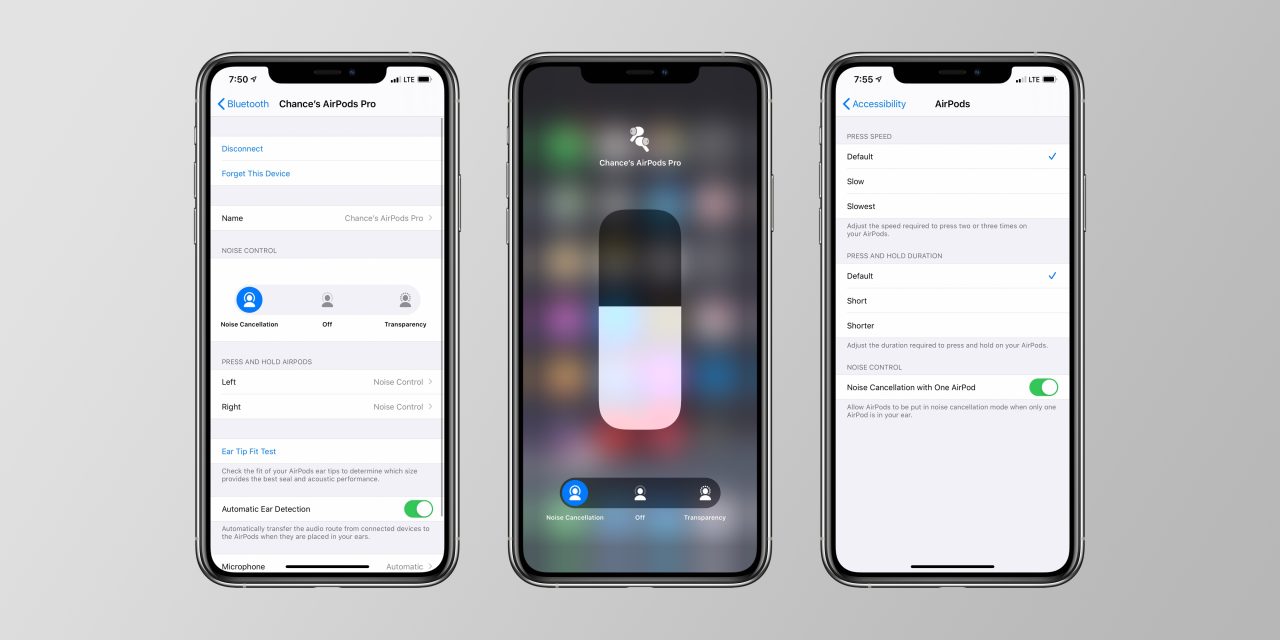 Apple often rolls out background software updates to its truly wireless earbuds like AirPods and AirPods Pro. Usually, these updates focus on minor bug fixes, but a recent AirPods Pro update appears to have made some notable changes to sound quality and noise cancellation.

Following user reports on Reddit and other outlets, RTINGS decided to retest AirPods Pro after updating to firm 2C54. The testing revealed a few notable changes, for better and for worse.

The most notable change, at least according to users, affects noise isolation. RTINGS says that the update to 2C54 bought a “fairly significantly drop in isolation performance,” particularly affecting the bass-range.

After updating to Firmware 2C54, we retested the headphones and our results showed a fairly significant drop in isolation performance, primarily in the bass-range. This means that with ANC turned on, these headphones won’t do nearly as good a job blocking out the low engine rumbles of planes or buses as they did before this update. This review reflects these changes.

While Apple has not formally acknowledged these complaints from users, it has pulled the the 2C54 for AirPods Pro. This prevents additional users from installing the update, but it doesn’t do much for those users who had already installed it. The update was initially released on December 16 and was pulled shortly after that.

Have you noticed any change in your AirPods Pro sound performance? Let us know down in the comments. You can read the full RTINGS review here.