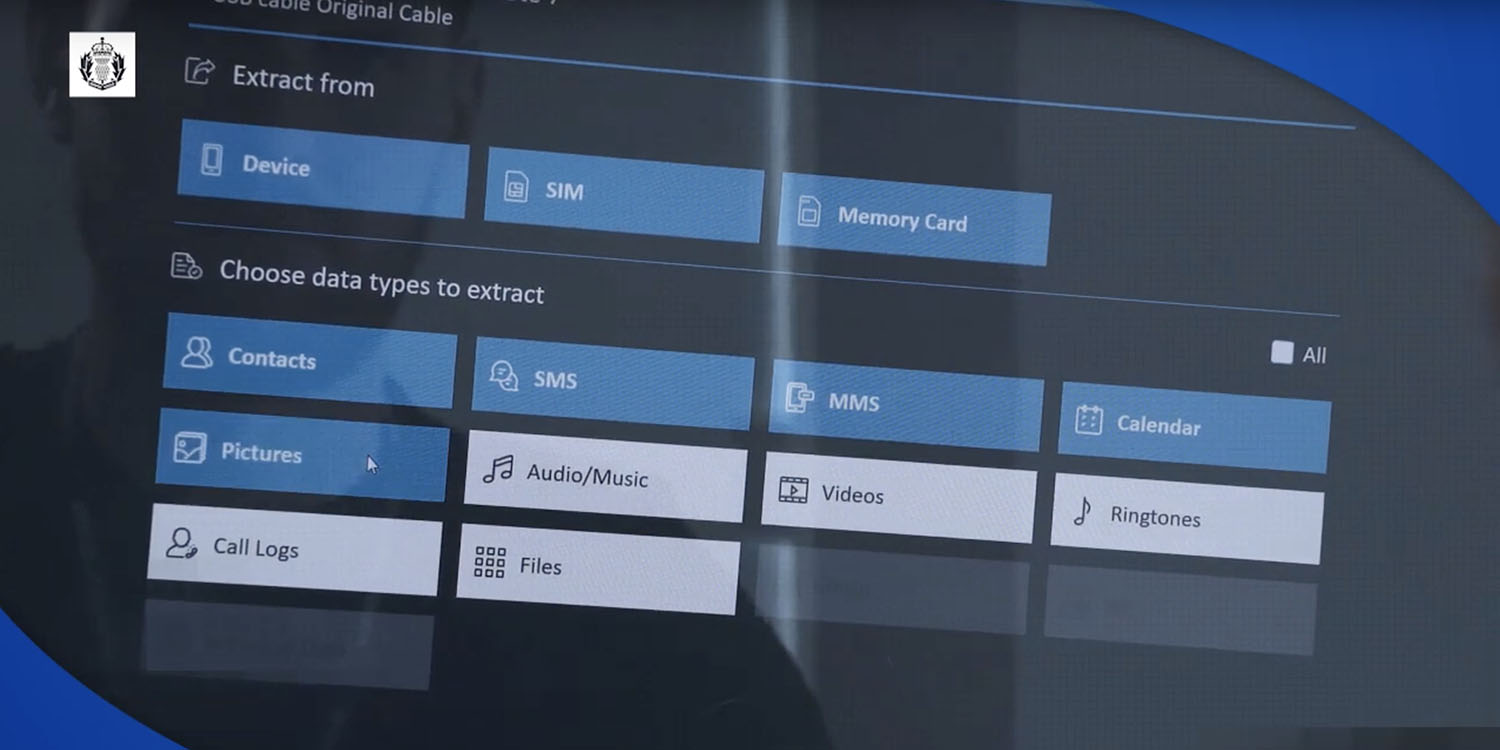 Police Scotland argues that these devices minimize intrusion by allowing officers to quickly determine whether or not a phone contains relevant evidence. If not, it says, the phone can be quickly returned to its owner.

The technology allows specially trained officers to triage mobile devices to determine if they contain information which may be of value to a police investigation or incident. This will allow lines of enquiry to be progressed at a much earlier stage and devices that are not relevant to an investigation to be returned quicker.

At present, people can be deprived of their phones for months on end, until police can search them for evidence. This is a problem that can affect victims and witnesses, as well as those accused of crimes. The use of such machines reduces the likelihood of this, say police.

Deputy Chief Constable Malcolm Graham said: “People of all ages now lead a significant part of their lives online and this is reflected in how we investigate crime and the evidence we present to courts […]

“Increases in the involvement of digital devices in investigations and the ever-expanding capabilities of these devices mean that demand on digital forensic examinations is higher than ever. Current limitations however, mean the devices of victims, witnesses and suspects can be taken for months at a time, even if it later transpires that there is no worthwhile evidence on them.

“By quickly identifying devices which do and do not contain evidence, we can minimise the intrusion on people’s lives and provide a better service to the public”.

However, if evidence is found on the phone, then it will be retained even though the Cellebrite device can obtain an almost complete copy of all the data on it.

Cellebrite was widely reported to be the company that unlocked the iPhones in the San Bernardino case after the FBI tried to make Apple do it, though another report says it was freelance hackers. Either way, the firm does have this capability. History is now repeating itself as the FBI tries to pressure Apple into unlocking two iPhones used by the shooter in the Pensacola case.

We understand Cellebrite machines have also been used in Apple stores, to transfer contacts and other data from Android phones for new iPhone customers. We gather that Apple ceased doing this after the San Bernardino case.

You can see the Cellebrite device in action in the video below.