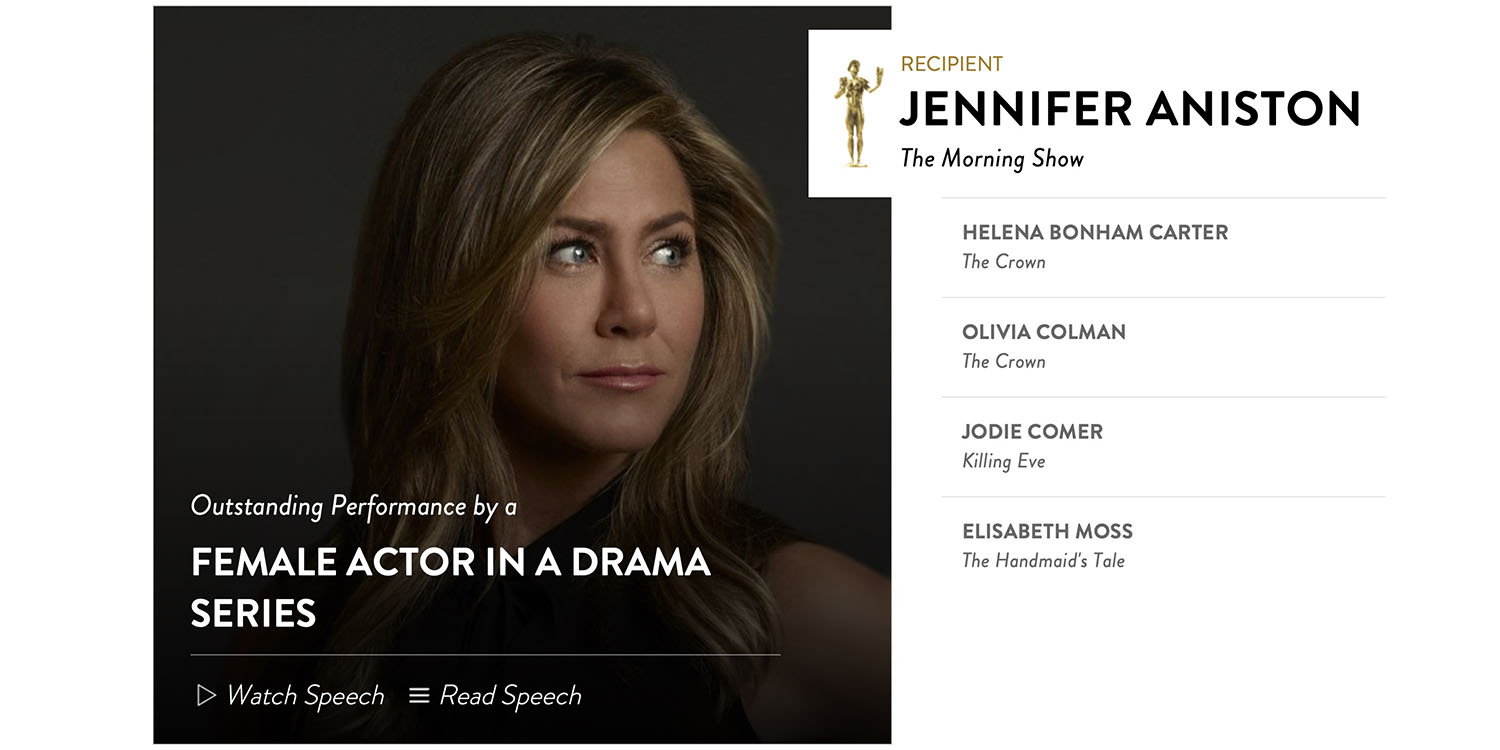 Jennifer Aniston last won the Screen Actor’s Guild (SAG) award for outstanding performance by a female actor in a drama series, for her portrayal of Alex Levy in The Morning Show.

She was up against four other actors for the award: Olivia Colman (The Crown), Helena Bonham Carter (The Crown), Jodie Comer (Killing Eve), and Elisabeth Moss (The Handmaid’s Tale) …

It was a somewhat surprise win despite her compelling performance, as Olivia Colman had been widely predicted to take home the award.

Jennifer Aniston said that she first joined SAG in rather a mundane way.

I got a Bob’s Big Boy commercial, and I got into SAG, and that was very humble beginnings, but you have to start somewhere.

She began her thanks with head writer Kerry Ehrin.

I just have to say I’m so grateful, first of all, Kerry Ehrin our extraordinary head writer, who created these, not just one, but so many characters that are so layered and complicated and messy and ugly and just beautifully human.

And boy, did we get to dive deep into our own experiences and our own history and really be able to breathe life into these extraordinary characters.

I mean, who knew that emotional breakdowns felt that good. It was literally, like, you know, seven months of therapy covered about 20 years of work. So thank you for watching that.

And just every actor in this room, Mimi Leder, our fearless leader, Michael Ellenberg. Reese Witherspoon […] my partner in crime. I love, girl. It took 20 years, but we did it, finally.

Congratulations to Jen and the entire team at The Morning Show! https://t.co/dlLIFgznPM

The Morning Show was also nominated for three Golden Globe Awards, including Aniston for Best Performance by an Actress in a Television Series Drama, but didn’t win any of them.