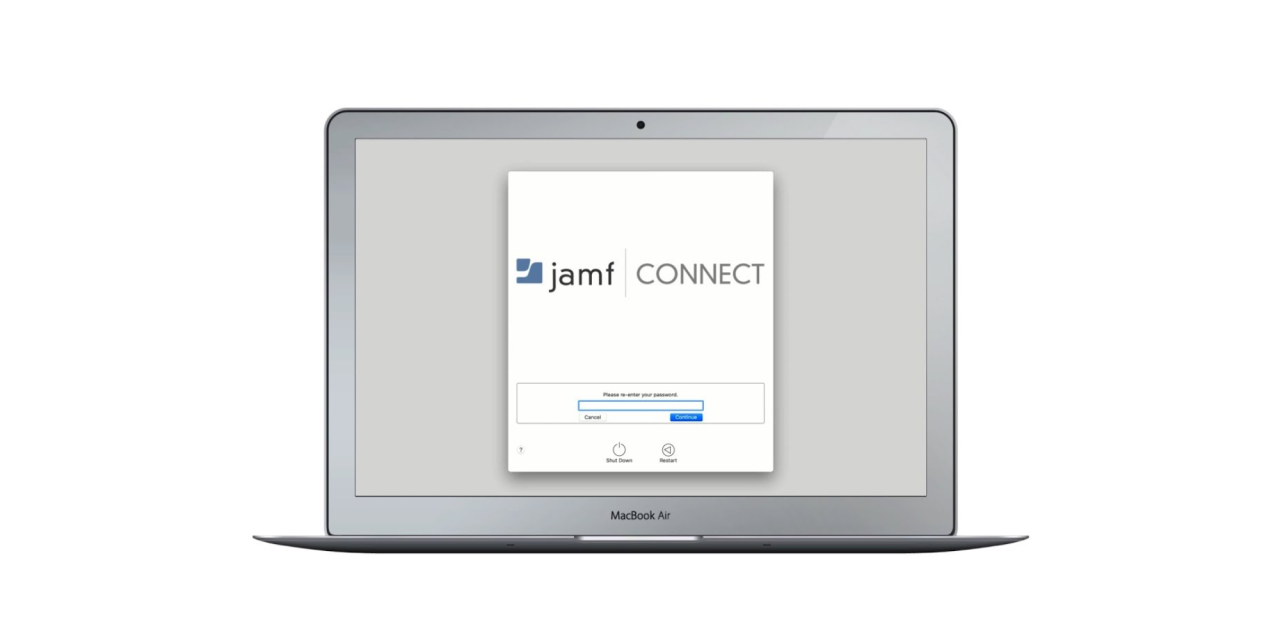 Jamf Connect was launched a few years ago after Jamf purchased NoMAD. Since they purchased NoMAD, Jamf has gone on to integrate Microsoft Azure AD and G Suite into the macOS login experience. Today, they are taking this integration to the next level, as it can now be integrated into Jamf Pro.

A recent survey showed that 31% of issues reported to IT helpdesks by end users were login and password issues. Jamf Connect solves this problem by making its configurations inside of Jamf Pro, so the number of steps an IT department has to configure is reduced. Through the integration of Jamf Connect and Jamf Pro, macOS system administrators will see a number of nice features.

Through a handoff of the user’s full name and username from Jamf Pro and Jamf Connect, a helpdesk employee will know that all users have a cloud identity system set up on their Mac. By forcing a single set of user names and passwords across a cloud identity provider (G Suite, Office 365), end users will see fewer issues logging in due to forgotten passwords.

Jamf Connect is seeing a two-week release schedule. With the integration into Jamf Pro, an IT team can now immediately use the new functionality right inside of Jamf Pro instead of logging into a separate interface. It’ll also be one less place to train new hires when bringing in new IT staff.

While this might seem small, it’s one less step for the end user to take. By integrating Jamf Connect and Jamf Pro, FileVault encryption will be enabled immediately upon the first login instead of enabling it during the login process and then requiring the user to sign back out. Jason Wudi, chief technology officer of Jamf, said: