AAPL’s Q1 2020 earnings day is here, covering the lucrative holiday shopping season. For the first fiscal quarter of 2020, Apple had forecast revenue between $85.5 billion and $89.5 billion. That compares to the $84.3 billion it reported in the same quarter one year ago.

So how did Apple perform during Q1 2020? The company has announced revenue of $91.8 billion and profit of $22.2 billion. That’s an all-time record for both net income and revenue, Apple says.

Apple no longer reports iPhone, iPad, and Mac unit sales numbers, though it does report a revenue breakdown by product category. More details below.

“We are thrilled to report Apple’s highest quarterly revenue ever, fueled by strong demand for our iPhone 11 and iPhone 11 Pro models, and all-time records for Services and Wearables,” said Tim Cook, Apple’s CEO. “During the holiday quarter our active installed base of devices grew in each of our geographic segments and has now reached over 1.5 billion. We see this as a powerful testament to the satisfaction, engagement and loyalty of our customers — and a great driver of our growth across the board.”

“Our very strong business performance drove an all-time net income record of $22.2 billion and generated operating cash flow of $30.5 billion,” said Luca Maestri, Apple’s CFO. “We also returned nearly $25 billion to shareholders during the quarter, including $20 billion in share repurchases and $3.5 billion in dividends and equivalents, as we maintain our target of reaching a net cash neutral position over time.”

Apple no longer reports unit sales for any of its hardware products, a change it introduced a year ago. The company does, however, provide a breakdown of revenue by product category. Here are those numbers for Q1 2020:

The first quarter of the fiscal year is an important one for Apple as it covers the months of October, November, and December — the most lucrative three months of the year because of holiday shopping. This means we get to see the full picture of iPhone 11 sales throughout the holiday season, as well as the continued growth of such things as AirPods and Apple Watch.

Q1 2020 also includes our first full-quarter look at such new Services as Apple Arcade and Apple TV+. Apple, however, does not break out revenue by each individual service, nor does it report subscriber numbers for each service. Instead, it lumps everything together into the Services category.

AAPL is up nearly 3% in after-hours trading on the news: 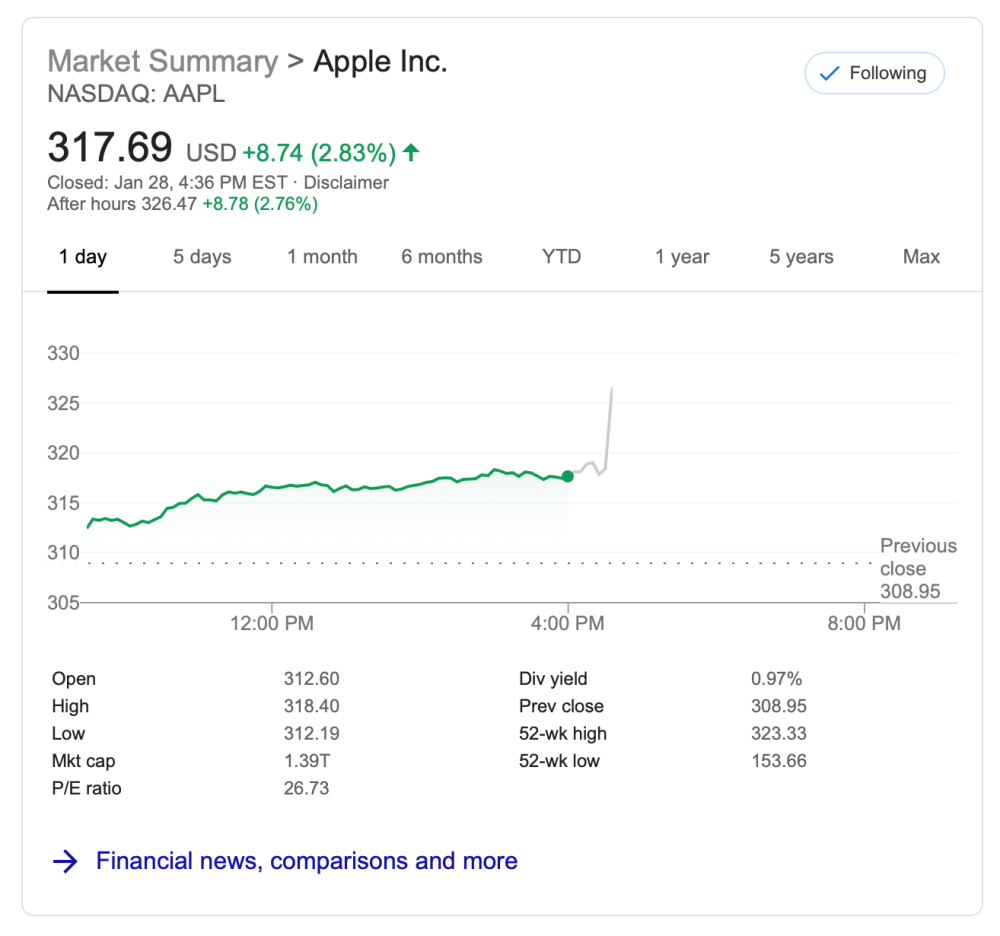 Read the full report on Apple Newsroom and stay tuned to 9to5Mac for more coverage from the AAPL earnings call with Tim Cook and Luca Maestri next. You can listen live to the AAPL Q1 2020 earnings call audio streaming at the top of the hour here, or listen back shortly after the call with Apple Podcasts.