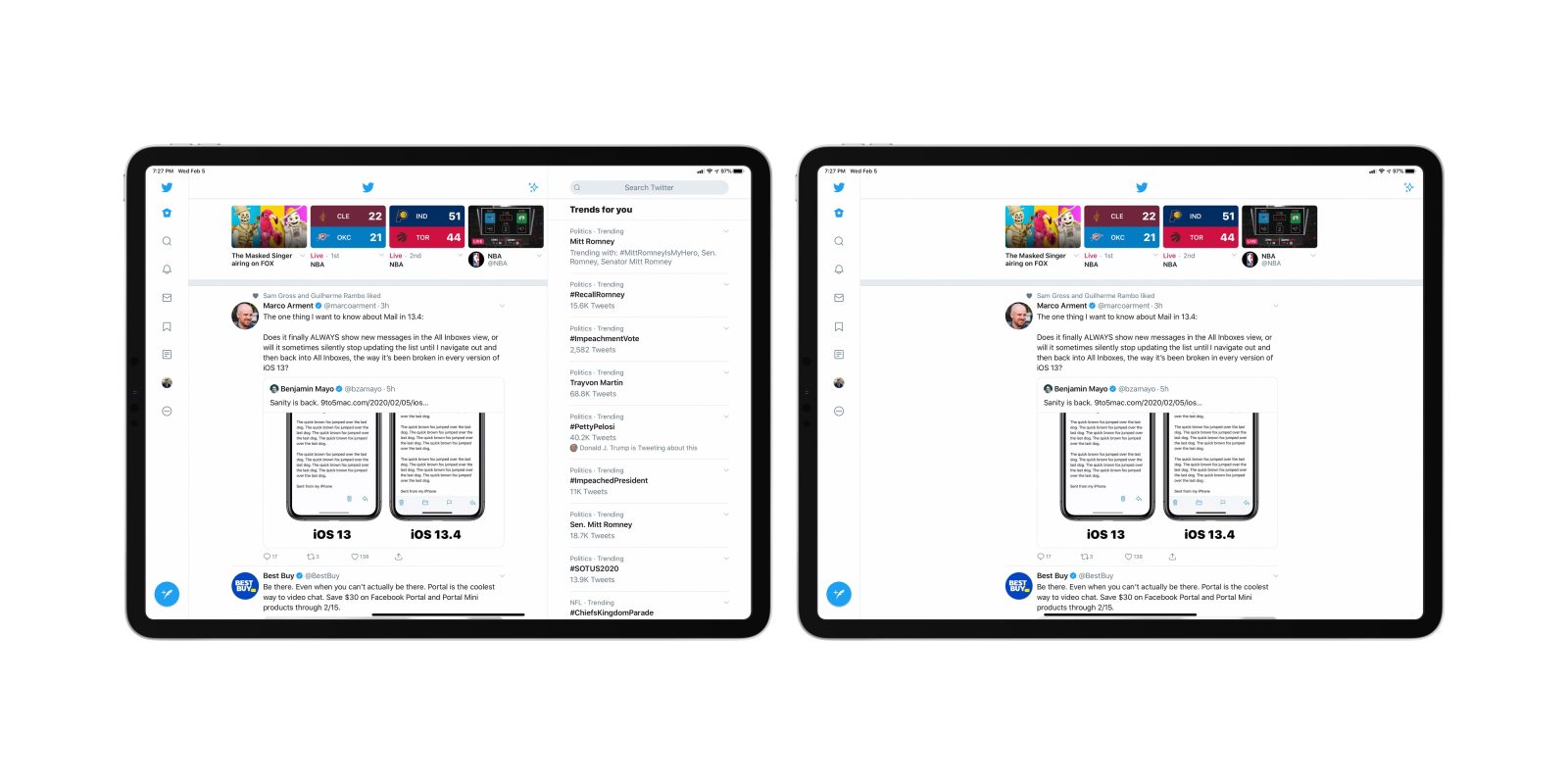 Twitter has made a pair of changes on iPhone and iPad today. The company is rolling out a fix for a bug that caused polls not to appear in the Twitter for iOS app, while it’s also making a notable tweak to the redesigned iPad app it released two months ago.

Twitter says that it is rolling out version 8.7.1 of the Twitter for iOS app with a fix for a bug that meant polls would not appear for users on iPhone:

Having trouble seeing polls in Tweets on iOS? Updating your app to version 8.7.1 when it becomes available for you in the App Store should help! Thanks for bearing with us while we worked on this.

Meanwhile, Twitter has also made a change to the Twitter app on iPad. In December, Twitter released a new version of its iPad app that added a second column along the right side focused on trending topics and search. This update, however, was met with criticism from many users who didn’t want to always look at trending topics.

As first pointed out by Federico Viticci, Twitter has added a new setting that allows users to hide the right-hand column altogether. You can find this setting by looking in the “Display and sound” preferences in the Twitter app, and toggling the “Show search column” setting.

Hiding the search column completely means you’re back to a Twitter for iPad app that is a single timeline of tweets in the middle, flanked by white space on either side. As I said in December, the ideal scenario here is some more flexibility, such as support for one column with your timeline and one column with your mentions. Nonetheless, this is at least a solution for users who want to hide trending topics.

Update on this: Twitter has "fixed" the sidebar in its iPad app by offering a toggle in settings to disable the search column entirely (thanks for the tip @stevieled5).

And welcome back enlarged iPhone app that feels wasted on an iPad Pro 😔 pic.twitter.com/uM5ebARsIu