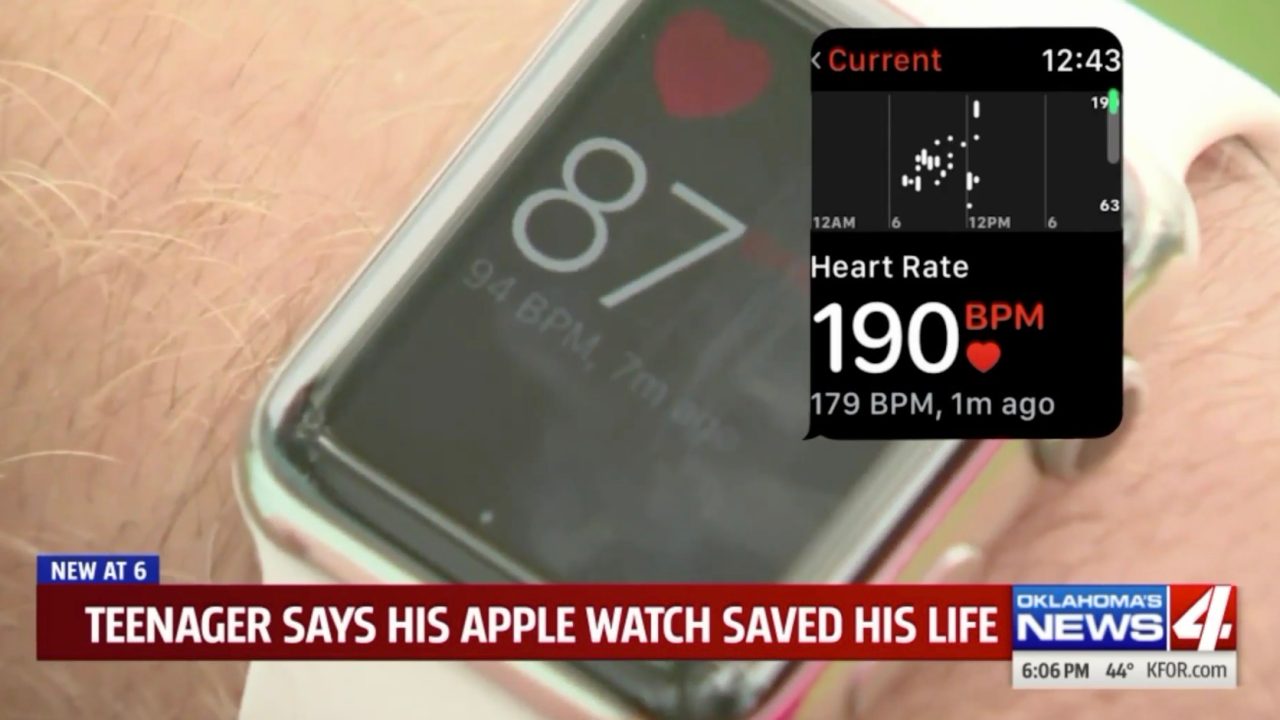 Skylar was sitting in class in April of 2018, when he got an alarming notification on his two-week-old Apple Watch. “I got a text message along with a screenshot of his heart rate that was 190,” said Skylar’s mom Liz. “The following message saying, ‘Mommy, there’s something wrong. I’m not doing anything.'”

Liz then came and picked up Skylar from school and took him to the emergency room — his heart rate peaked at 202 bpm during the drive and as high as 280 bpm at the hospital. Doctors then diagnosed Skylar with supraventricular tachycardia, or SVT, which is a disease that forces the heart to speed up.

Skylar then underwent a seven and a half hour cardiac ablation to help fix his heart’s rhythm.

Looking back on this situation, the Joslin family says they are amazed that buying their middle school aged son an Apple Watch had such a dramatic impact on their lives. “If I wouldn’t have gotten his Apple Watch, I don’t know that I would’ve ever known. I mean it’s unknown how long it would’ve been going on or how long it would’ve really taken,” Liz said.

Now, Skylar is using his experience to spread the adoption of Apple Watch and heart awareness:

Now Skylar wears his Apple Watch every day, and his situation has even convinced some others to get one of their own. “My science teacher, which is also my youth leader, she got one because of it,” Skylar said. “It’s going to allow Skylar to participate in all sports, all activity without wires,” Liz said.

Skylar will be the face of the Oklahoma American Heart Association Heart Walk on April 25, as well. You can read his full story here.